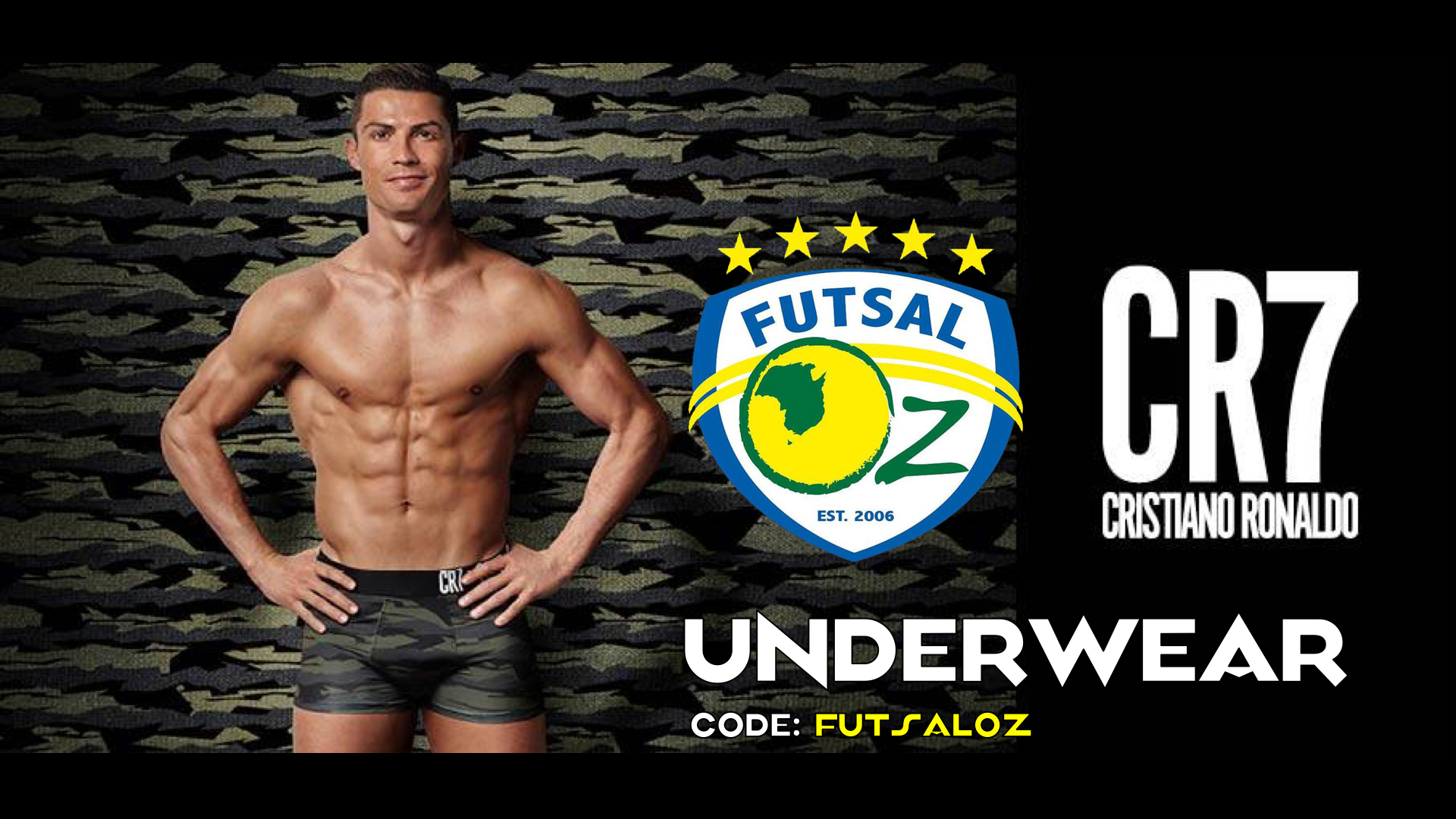 Futsal Oz & its Series Futsal brand has team up with CR7 Underwear Australia.

“We are excited to announce we will be working with another forward thinking brand” said Founder and CEO Peter Parthimos.

“What got this deal over the line for me was Cristiano Ronaldo honed his natural ability by playing futsal” said Parthimos. He also added “I was particularly impressed when Cristiano Ronaldo went on record stating ‘During my childhood in Portugal, all we played was futsal’ as well as quoting ‘The small playing area helped me improve my close control, and whenever I played futsal I felt free. If it wasn’t for futsal, I wouldn’t be the player I am today.’”.

The CR7 Underwear brand is a welcome addition to the Futsal Oz team of Australian partnerships.

By simply using the code “FUTSALOZ” at check out, you will be given a 10% discount.

Parthimos went on to say that the CR7 Underwear & Socks are “very comfortable and without doubt a top end product at fantastic prices”.

The Futsal Oz & CR7 Underwear Australia agreement comes amidst the news that Cristiano Ronaldo is now officially the most followed person on instagram. With 144 million followers pipping Selena Gomez who has been in the top spot for nearly the last three years.

Check out the CR7 Underwear Store