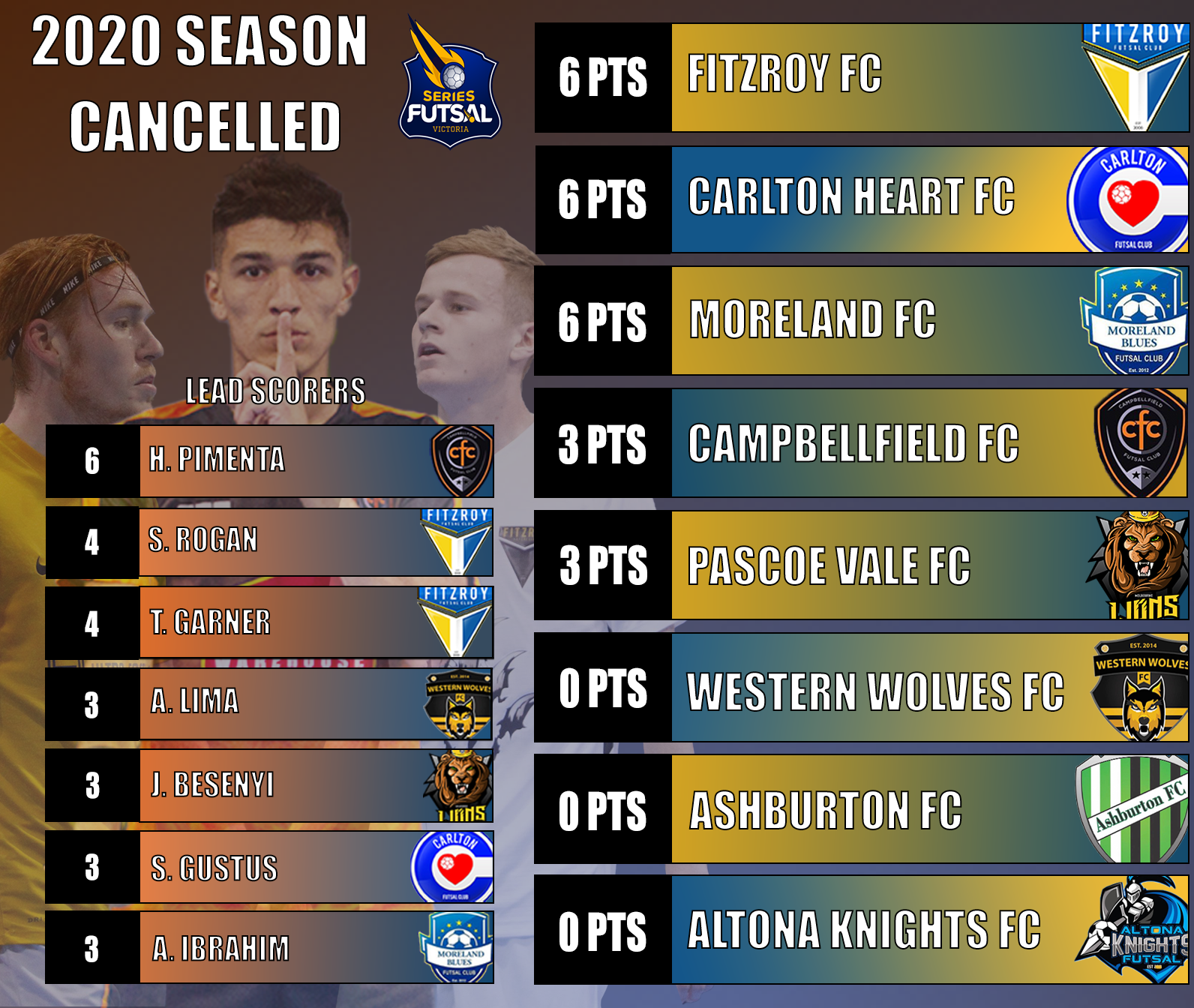 After months of waiting and hoping for the 2020 SFV campaign to return to action it has been revealed that the season has ultimately been cancelled. Although many teams started their season on the strong foot by winning the first and only two rounds, there will be no champion crowned. There will be no relegations or promotions from any of the elite Victorian leagues. Moreland will still be held as defenders of the title, whilst Ashburton and Altona Knights have a chance to redeem their poor start to the seasons. With Melbourne heading back into Stage 3 restrictions, it just seems too far-fetched to attempt to revive a season tainted so heavily by covid-19. Although statistics will still be included in the SFV archives, players like Henrique Pimenta, Jessica Au, Mazen Abdallah and Iesha Atik will all be frustrated that their promising starts to their seasons have been cut short. The cancellation of the season has left SFV fans, staff and players disheartened as Pascoe Vale star Andre Caro revealed his frustrations on Instagram. “The state of Victoria has announced that we are back in lock-down, this time for six weeks. That means six more weeks without futsal; very, very sad news.” It’s not all doom and gloom for Victoria’s top futsal teams as the chances to bolster squads has been extended, with the transfer window restarting and finishing in round 4 of the new season; whenever that may be.