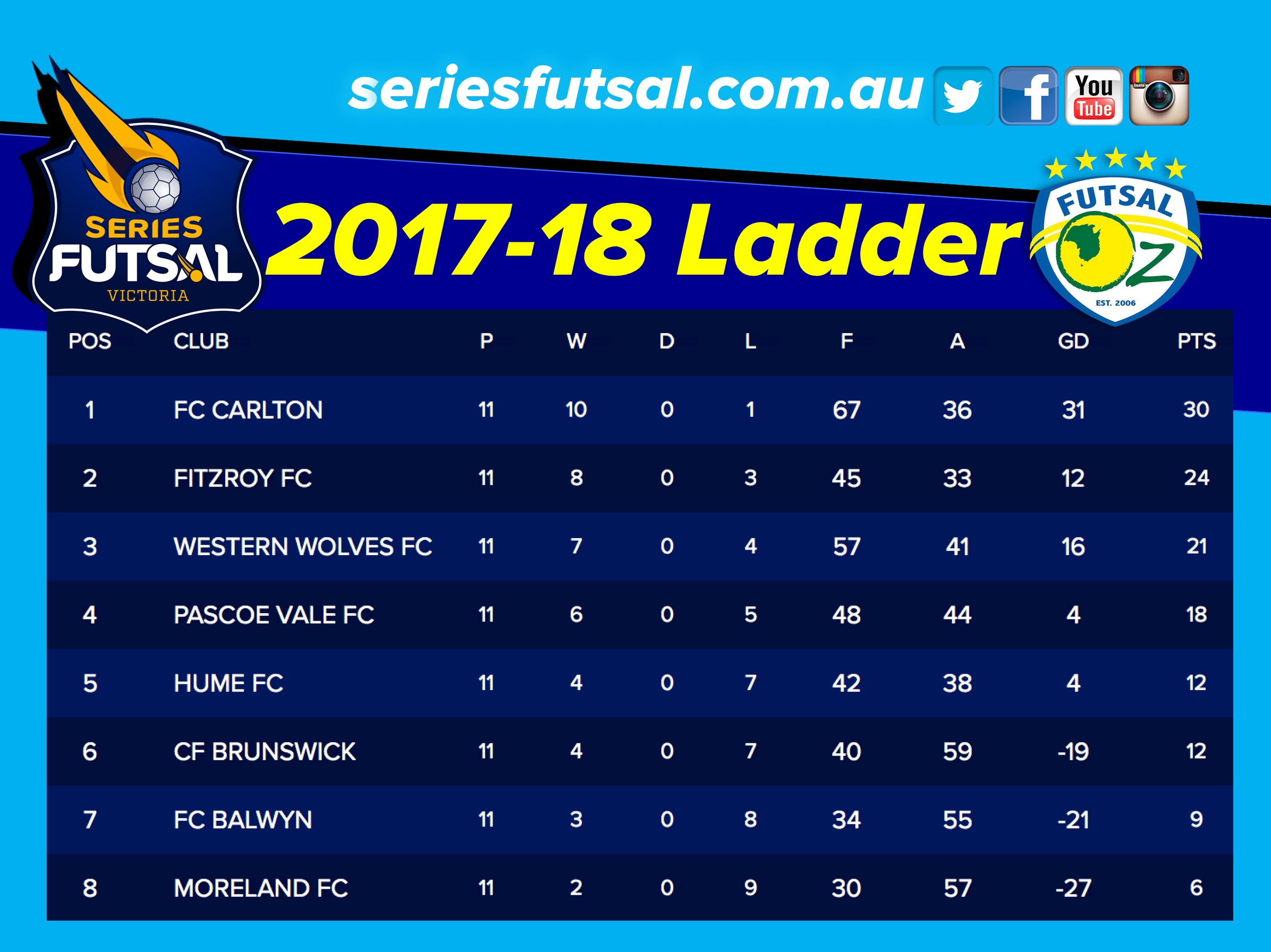 Round 5 (Catch up)
Hume have secured a two goal win over Balwyn in the final match of the day.

Hume got out to a one-nil lead in the first half through an Ubeyde Cicek goal, and the result remained unchanged until early in the second half when Hume scored their second through Nikola Jurcic. 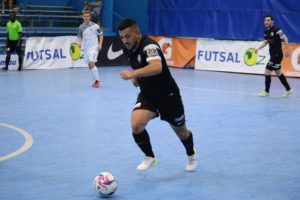 With six minutes to play, Balwyn deployed the fifth-man tactic in an attempt to get back into the game, but it backfired when Nejdet Sahin finessed home Hume’s third into an empty Balwyn net.

Jake Coutinho gave Balwyn an immediate reply, but it was not enough for them to work their way back into the match.

The win puts Hume three points clear of Balwyn and out of the relegation playoff places on goal-difference.

Round 5:
Brunswick have claimed an upset victory over Fitzroy, despite having their late winner ruled out by the referees.

Fitzroy looked to have the upper-hand throughout the course of the game, but Brunswick continuously stuck to their task of staying in the game until the dying minutes when the scores were tied at five goals apiece. 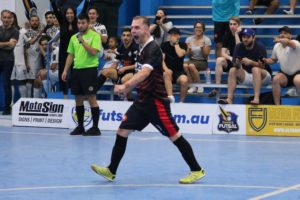 With less than two seconds to play, Fitzroy gave the ball away and stopped playing in anticipation of the final whistle, but Brunswick captain Antonis Apostoloakis picked up the loose ball and got a quick toe-poke shot away and put it in the back of the net.

There was a meeting between the referees to discuss whether or not the goal would stand, and after a lengthy discussion, no goal was awarded and the match went to penalties.

Fitzroy failed to score any of their three penalties, with Brunswick converting two of theirs to emerge victorious.

Round 5:
FC Carlton Heart have emerged victorious after a gruelling physical battle against Western Wolves in a game that included 14 goals.

The two sides went goal for goal in the first half, with Western Wolves slightly edging it at half-time with a five-four lead. 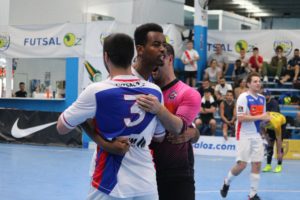 Carlton Heart managed to wrestle their way back into the game, and with the scores tied at six-all, Ben Rigby scored the go-ahead goal for the Heart.

Ernie Simsek made the outcome a certainty when he scored in the final minute of the game, giving the Heart all three points.

Round 5:
Moreland’s miserable run of form has continued after they gave up a commanding position to lose to a resurgent Pascoe Vale.

Dean Lockhart opened the scoring for Moreland in the first half, but goals from Joao Da Silva and Stefan Ristic turned the game around in Pascoe Vale’s favour before the half-time break. 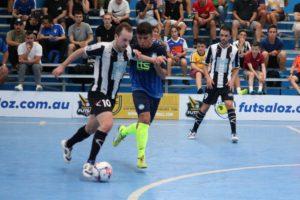 Moreland hit back in the second half when Ristic scored an unfortunate own-goal, but he was able to redeem himself by scoring his second to earn back the lead for his side.

A well worked set-piece by Moreland involving a layoff from Lockhart that set-up a shot for Daniel Fogarty resulted in an equalising goal, and with two and a half minutes remaining, Moreland scored again to take the lead, this time through Lockhart.

However, just like they did last night against Hume, Pascoe Vale found an equaliser within 30 seconds of conceding a late goal, through Da Silva, and backed it up with the winning goal through hat-trick hero Ristic.

Round 11:
Pascoe Vale have mounted a late comeback to beat Hume by six goals to three in the final match of the night. 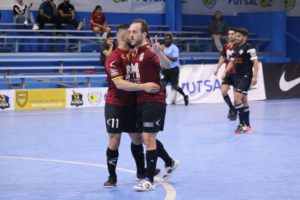 Pascoe Vale’s third and final equaliser came with less than three minutes to play, and from that point on, Hume capitulated, conceding three goals in under two minutes.

Andre Caro starred for Pascoe Vale with a hat-trick.

Round 11:
FC Carlton Heart have put nine goals past Moreland on their way to a big win against the relegation-battlers.

The Heart virtually put the game to bed in the first half with five goals before the break, two of which were scored by Ernie Simsek. 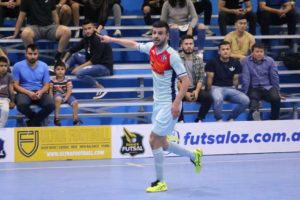 Carlton continued to dominate after the break, with Simsek completing his hat-trick and adding one more as the Heart cruised to a comfortable win.

On a positive note for Moreland, youngster Josh Allen scored on his debut for the club.

Round 11:
Western Wolves have put in an impressive second half performance to ultimately cruise to a comfortable win over Brunswick.

Brunswick opened the scoring inside the first thirty seconds after the Wolves had missed a chance of their own to go into the lead. 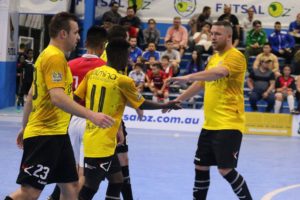 The Wolves took some time to get into the groove of the game, but they clicked into gear midway through the second half and found an equaliser, before the hitting the back of the net twice more to take a deserved lead into the half-time break.

The Wolves continued to build on their momentum in the second half, unleashing a barrage of shots at the Brunswick goal, and adding four goals to their half-time total.

Round 11:
Fitzroy have come from one-nil down to beat a resurgent Balwyn by three goals to two.

Ben Monteleone made his return for Balwyn after re-signing with his former club, and he made an immediate impact, scoring within five minutes of his introduction.

Cosimo Russo got on the end of a slick passing move by Fitzroy to level the scoring, ensuring that the two teams went into the half-time break all square. 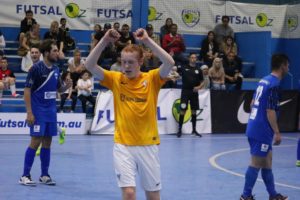 Scott Rogan gave Fitzroy the lead for the first time in the match in the second half, before Monteleone went on a direct run right through the Fitzroy midfield and blasted the ball into the back of the net.

The two teams continued to match each other stride for stride until deep into the second half when Rogan emerged as the hero for Fitzroy, scoring a late goal to win it.

With less than five seconds to play, a miscommunication between Fitzroy keeper Aaron Yu and his teammates resulted in Yu dropping the ball for a teammate, as per his teammate’s instructions, but a lapse in concentration led to Balwyn stealing the ball in Fitzroy’s box, but they were unable to capitalise on the mistake and equalise at the death.