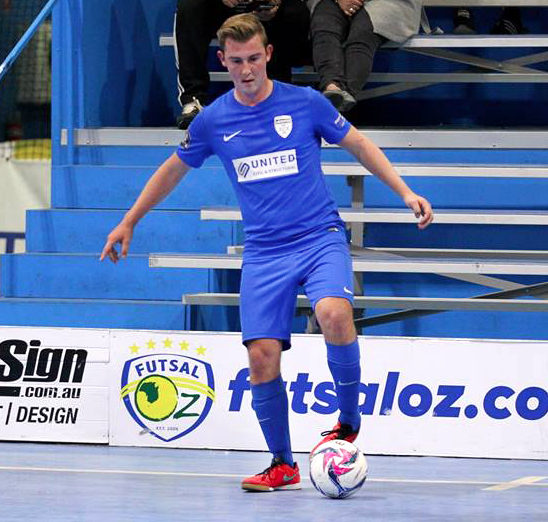 Carlton Heart have made a rare signing acquiring the services of former player Stephen Gustus from Balwyn Futsal Club as announced by BAIN Media.
It is a massive blow for the Balwyn club who already sit in seventh place and face the very real possibility of being directly demoted to the State League Championship for next season.

For the champions Carlton it is a massive boost to regain their former youth player of the season for the 2014/15 season which saw them finish in second place with Gustus recording 20+ goals for the season. Series Futsal had the chance to speak to Gustus regarding his decision to leave Balwyn.

SF – Why did you make the decision to leave Balwyn Futsal Club?

SG – “Carlton was the first team in V-League/Series Futsal that liked the way I play & my work ethic and could tell I just wanted to play Futsal and give it my all. So I’ve always Gelled extremely well with Carlton because of their style of play and their rules. If you don’t put in 100% and train then you will not play. Carlton have had people come in and straight out because they have bad attitude. I want to be in a team where everyone is on the right page and treated as equals. Also Ernie Simsek and Chaaban Rajab are old friends of mine and I love playing Futsal with them”