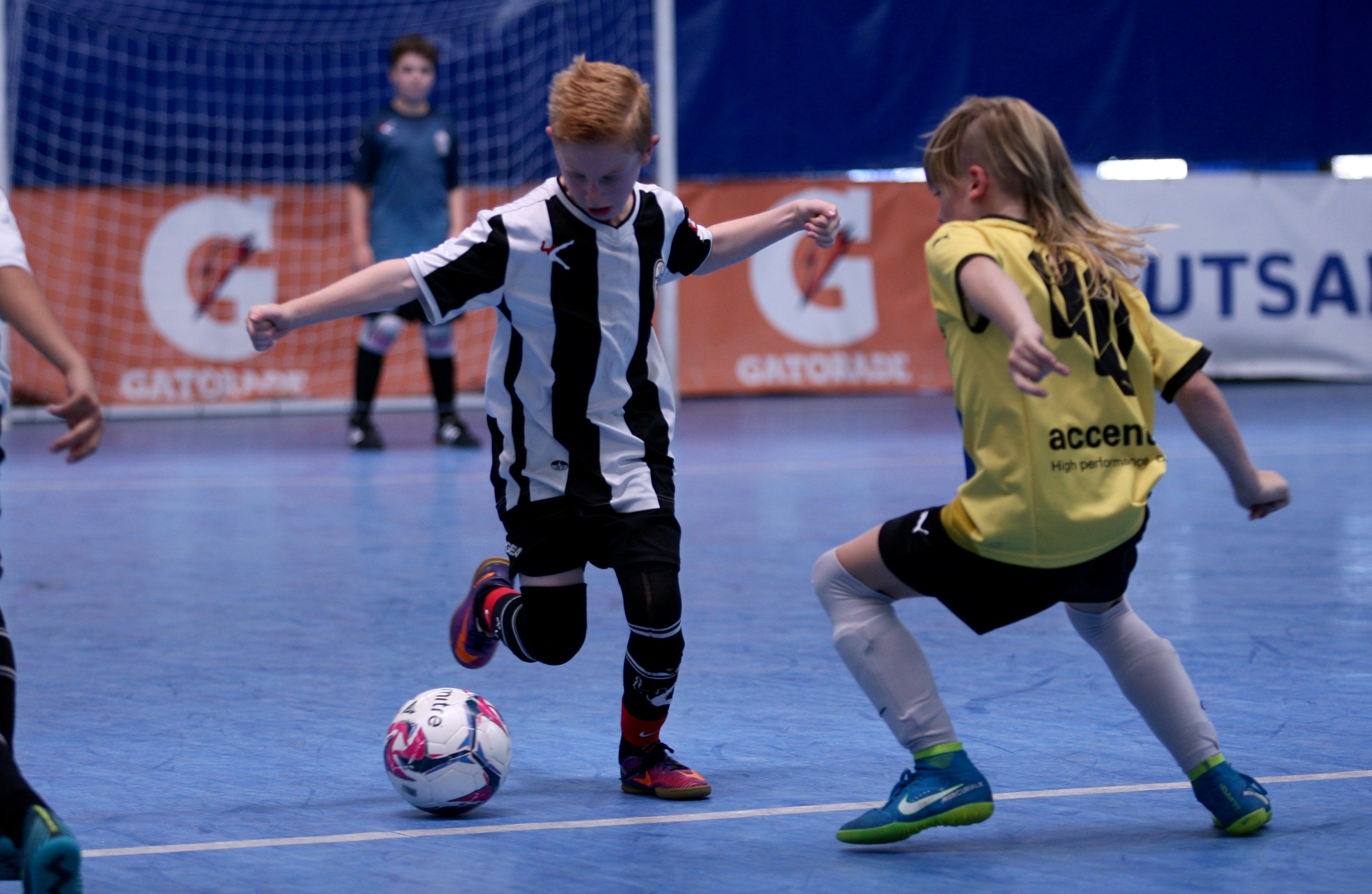 The under 8’s kicked off their Nationals campaigns playing out of the Brunswick Stadium. Group A saw Ruiz Football academy the only side to take home maximum points from day one while Soccer De Brazil & The Brunswick Greens both had one win each sitting them in second and third with Ballarat fourth in the group yet to register a point.

Group B had the Red Devils & Brisbane Elitefoot Futsal both record victories in both their games to top the group after day one, Seven Stars and Adelaide Fustsal Club both grabbed one win each to remain a chance at a top two birth While Soccer De Brazil, Mt Evelyn Lions & Ballarat all went winless after day one.

Group A of the under 10’s saw Brisbane Elitefoot Futsal win three from three games to top the group at the close of day one, Melbourne Dragons looked the next best placed side to get out of the group winning two of their three games with Metro stars picking up four points and Brunswick Lions and Argentina Juniors sitting on three points and a chance of climbing into the top two. Melbourne United and Brunswick Tigers went winless on day one with United managing to snatch a draw.

Group B saw Brisbane Elitefoot Futsal & Adelaide Magic both gain maximum points to sit first and second respectively, the Mt Evelyn lions and Thomastown Heart grabbed one win each with Brunswick, Moreland & Ballarat all failing to take any points on day one.

Group see had Essendon Stars and Melbourne City taking two wins from two to sit a top the pile. Seven Stars and North West Heart both picked up four points and remained undefeated after day one, Ballarat grabbed one win for themselves while Canberra, Mt Evelyn Tigers and Freelance Futsal all went winless.

Group A of the under 12’s saw Thomastown Lions & North Coast NSW look the standout performers recording six of a possible six points, Adelaide Futsal Club & Green Buffaloes picked up one win each to have a chance at promotion. Just Futsal & North West Heart can consider themselves unlucky to be winless after day one while Brunswick Blues failed to record a point as well.

Group B had three standout sides as Cambio Cumbre, Wonderers & Soccer De Brazil all recorded commanding victories and showed their match ups are definitely ones not to miss. Brisbane Elitefoot Futsal & Adelaide Futsal Club got one win each with Ballarat, Brunswick Pumas & Mt Evelyn Lions all failing to get off the mark.

The 14’s competition being just one group had its clear powerhouses shown early with Fitzroy & Parramatta Blues recording big victories to remain undefeated and show their match up tomorrow promises to be one of the games of the tournament. Despite the dominance of the pair Heidelberg FC managed to also take maximum points to be level on goal difference with the top two, North Coast NSW & Red Devils both grabbed a victory each with Monbulk, Carlton Heart & Freelance Futsal all going winless.

Group A in the 16’s saw Fitzroy top the group after day one with two wins from three, their defeat to Vic Friendship proving an early contender for game of the season. Vic Friendship grabbed a win and a draw to remain second on goal difference from Pascoe Vale though Friendship have played one game less than both Fitzroy & Pascoe Vale. Adelaide Futsal Club got one victory for the day with North Coast NSW failing to win a game.

Group B saw Adelaide Futsal Club & Pascoe Vale Mt Evelyn both win two from two whilst MLMC got a victory to their name. Carlton Heart secured one point with Freelance Futsal rooted to the bottom yet to grab a win.

Group A of the under 21’s competition saw Fitzroy & Adelaide Fusion both take maximum points from their two games with the sides set to meet in a blockbuster showdown tomorrow afternoon. Carlton Heart & Ballarat both secured one victory each remaining a good chance at qualifying, while Adelaide Hurricanes went winless on day one.

Group B saw another contender for game of the tournament as Hume overturned a 3-0 deficit to overcome Vic Friendship in a thriller and end day one with a maximum nine possible points to top the group, Pascoe Vale sat in second with six points suffering just a defeat to Hume. Metropolitan grabbed a victory to sit mid table, while Vic Friendship & Freelance Futsal both failed to win a game. Though the bottom three have played one game less than the top two.

An exciting start to day one and plenty more action to come. You can stay right up to date via the Sportsfix Mobile app available via the Apple Store & Google Play stores with results ladders goal scorers and more it is your number one way to keep in touch virtually live.

Photos of the competition can be found on our Futsal Oz Facebook page, Hit the link for day one snaps –