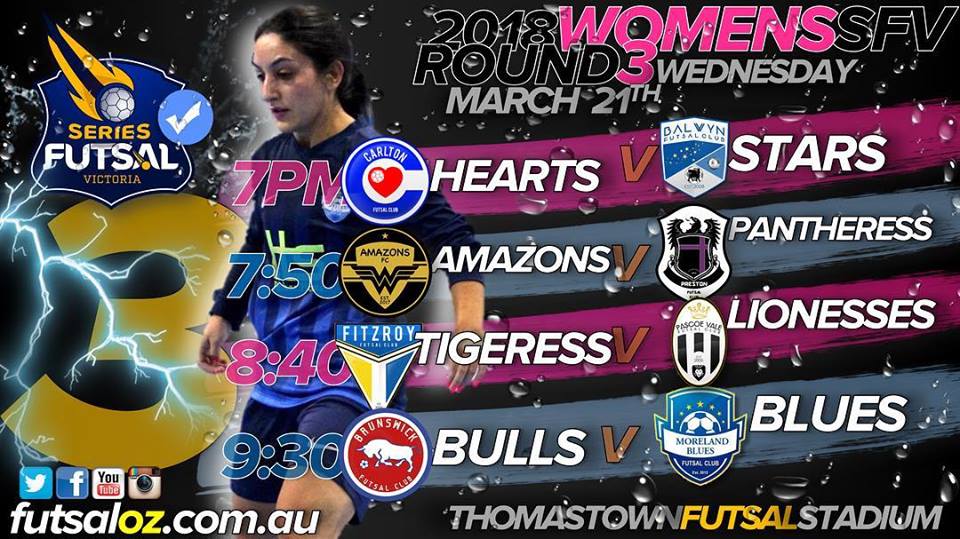 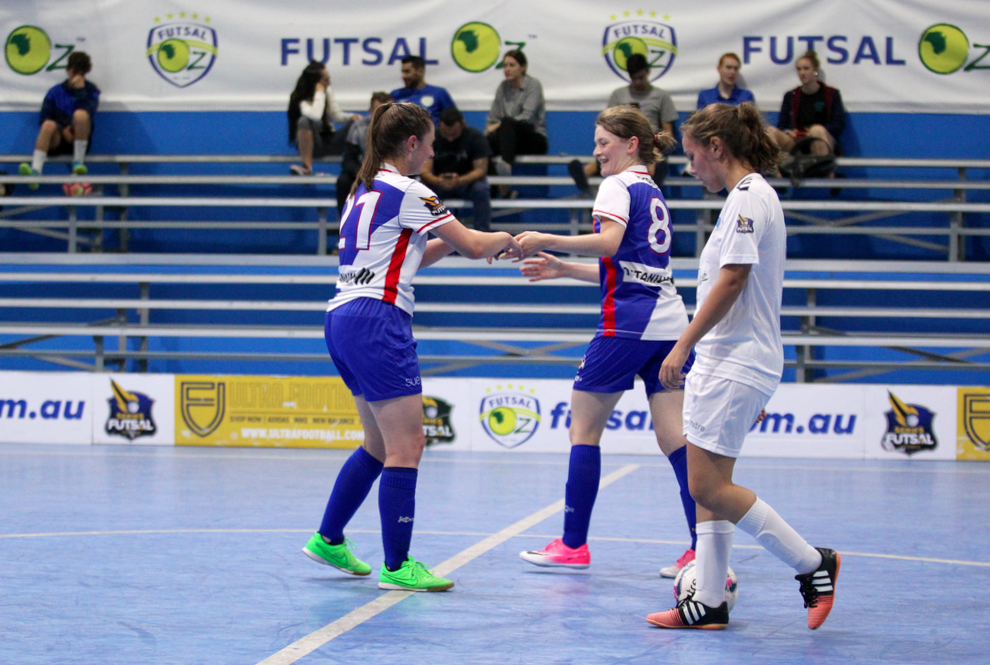 The first game of round three saw Carlton look to continue their undefeated start to the season as they faced Balwyn. Carlton struck first with Katie Foster scoring the opener, only got Rachel West to restore parody shortly after. Carlton would again regain the lead when Foster got her second of the contest, before a rocket from Ella Bishop gave the Heart some breathing space. An unfortunate own goal off Balwyn youngster Pyper Cohen saw Balwyn head into the break trailing 4-1.

Balwyn came out of the half time break revitalised as Pyper Cohen pulled back another goal as the Stars looked to pull off a comeback. However Carlton stepped it up a gear and added a further three off the boots of Jess Byrne, Stef Oddo and Foster who in turn completed her hat trick and gave Carlton another good victory while Balwyn can take more positives from this showing. 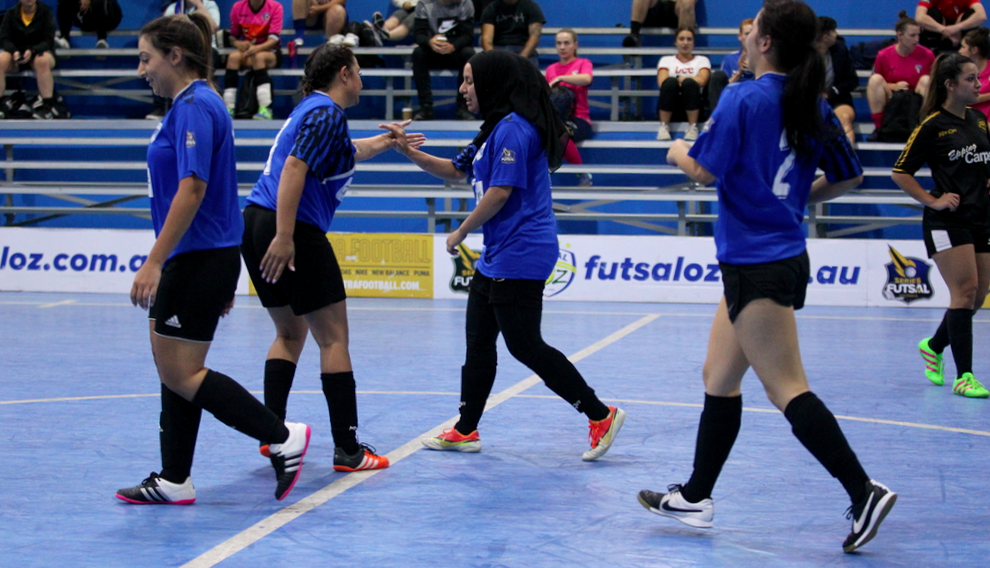 Second up we saw newly formed Melbourne Amazons take on Preston who were searching for their first win. Amazons got off to the better start as Wai Khan finished at the back post for the opener, before Antigone Gymnopoulos won the ball high up before finishing to double the advantage. Returning Melka Suratie pulled one back for Preston to keep them in the contest, before Suratie again found the net to level the scores and gointo the half time break looked at 2-2.

Early in the second half Preston got themselves ahead with Suratie finishing again to complete her hat trick and give Preston their first lead of the game. Suratie was in fine form as she again netted for a 4-2 lead with her side brimming with confidence. Theresa Borges also returning from a long stint out found the net to make it 5-2. Amazons stemmed the flow almost immediately with Gymnopoulos getting her second of the contest to keep her side in with a chance. It was to be Preston’s day thoough as Kayanna Carvalho all but ended it with her first goal of the game before Borges put some shine on the result completing her brace and nabbing Preston their first three points of the campaign. 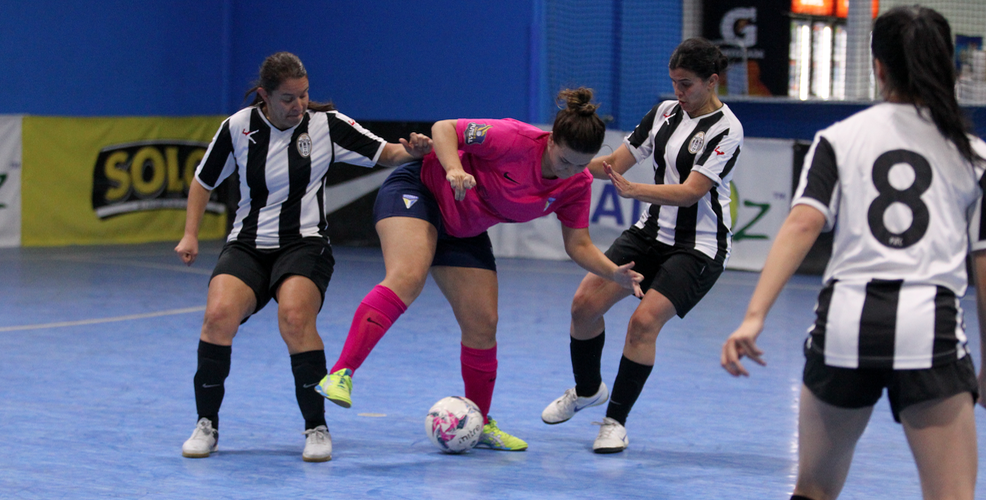 Next up saw a contender for game of the night as Fitzroy took on Pascoe Vale in what was always a tight affair. In a tight start to the game it was Pascoe who struck first as Julie Tran finished across the keeper to open the scoring. It remained 1-0 going all the way to the half time break.

The second half saw Fitzroy dominate the possession and Pascoe content to defend what they had, countless chances were created by the Tigers but they could not find the net as a disciplined performance from the Lions saw them claim an important victory. 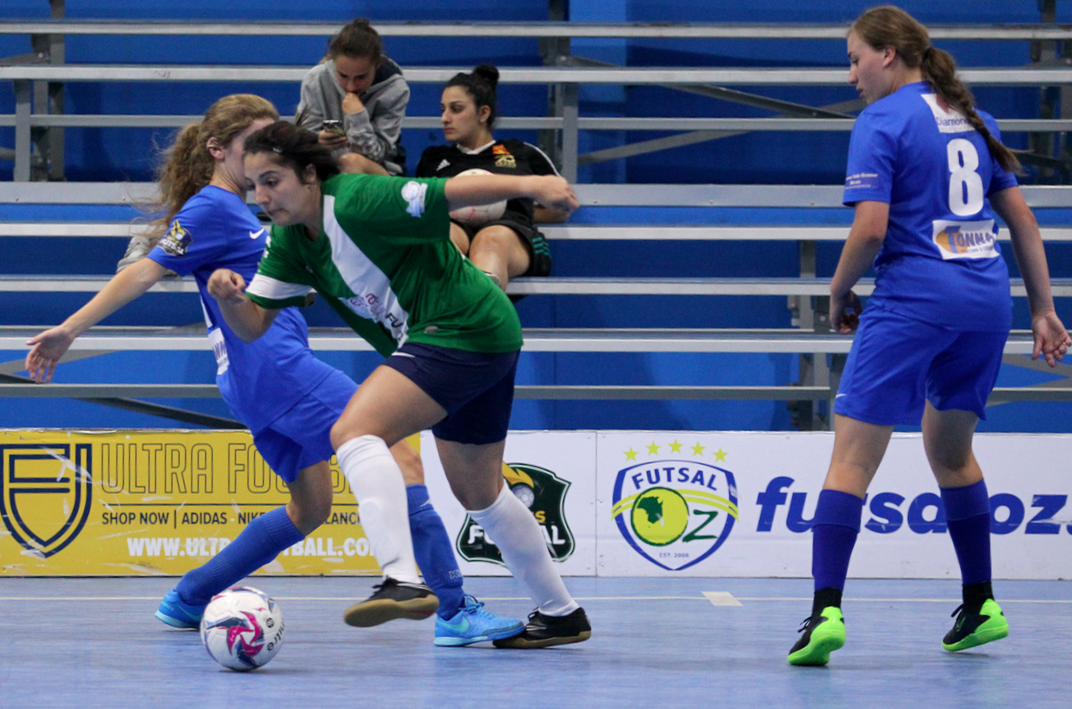 BWK – J.Mustac & S.Chamma
MOR – R.Saber 2, D.Petreska & S.Celepci
The final game of the night saw Brunswick taking on Moreland in what was sure to be a close encounter. Moreland raced out to a 3-0 lead through goals from Rebecca Saber, Danica Petreska & Sinem Celepci built a handy lead. Brunswick pulled one back with Jan Mustac finding the net to give the Bulls some hope but it was even more difficult again with Saber getting her second of the contest to have Moreland leading 4-1 at the half time break.
A more positive second half from the Bulls saw them peg another back through Sarah Chamma who pinched it off the last defender to score. An inspired performance from the Brunswick keeper kept the scores at 4-2 as Brunswick won the second half to take plenty of positives out of it though Moreland took home a valuable three points.
Player of the game – Rebecca Saber (Moreland FC)
STATS 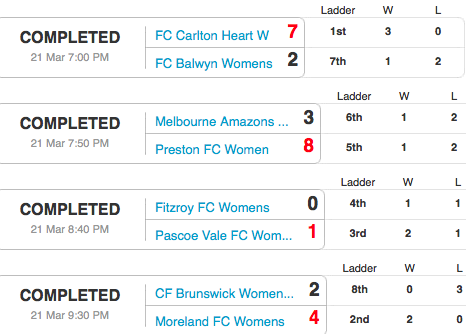 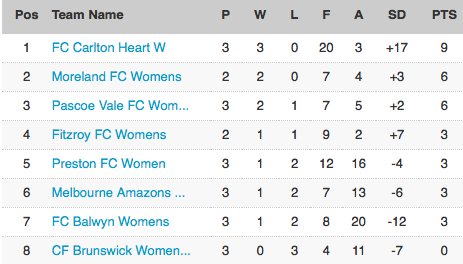 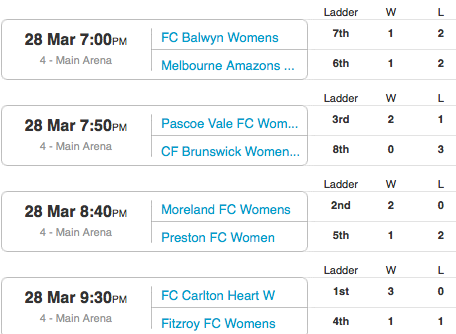