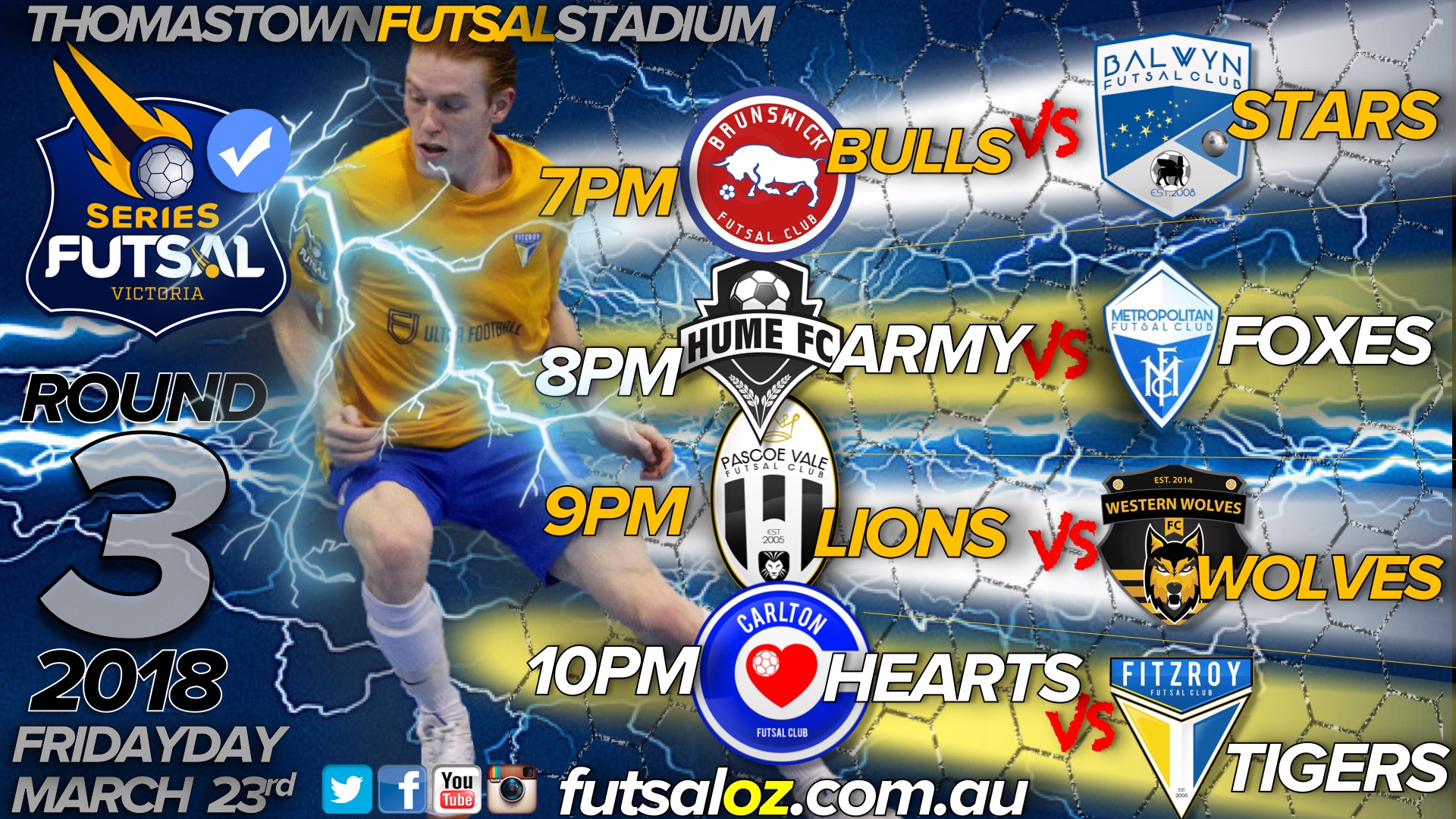 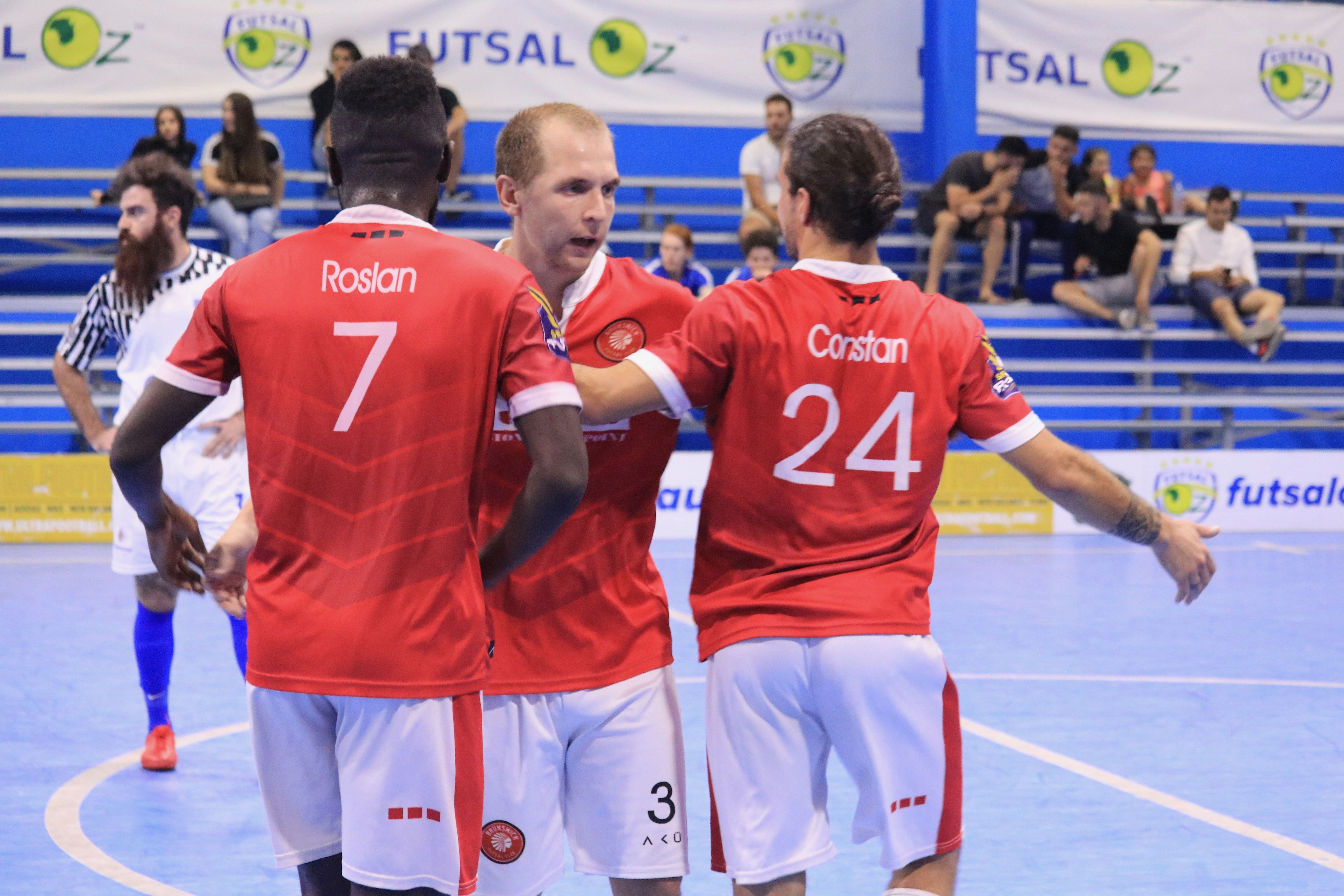 Brunswick have put in a clinical performance to breeze past Balwyn and make it three wins from their first three games of the season.

Brunswick were in control of proceedings from start to finish and the game looked dead and buried at half-time, with their 4-0 lead not seeming like a fair enough reflection of their dominance.

Michele Salvi took the game by the scruff of the neck, scoring a first half hat-trick and scoring a fourth in the second half as Brunswick marched to a comfortable 7-0 win. 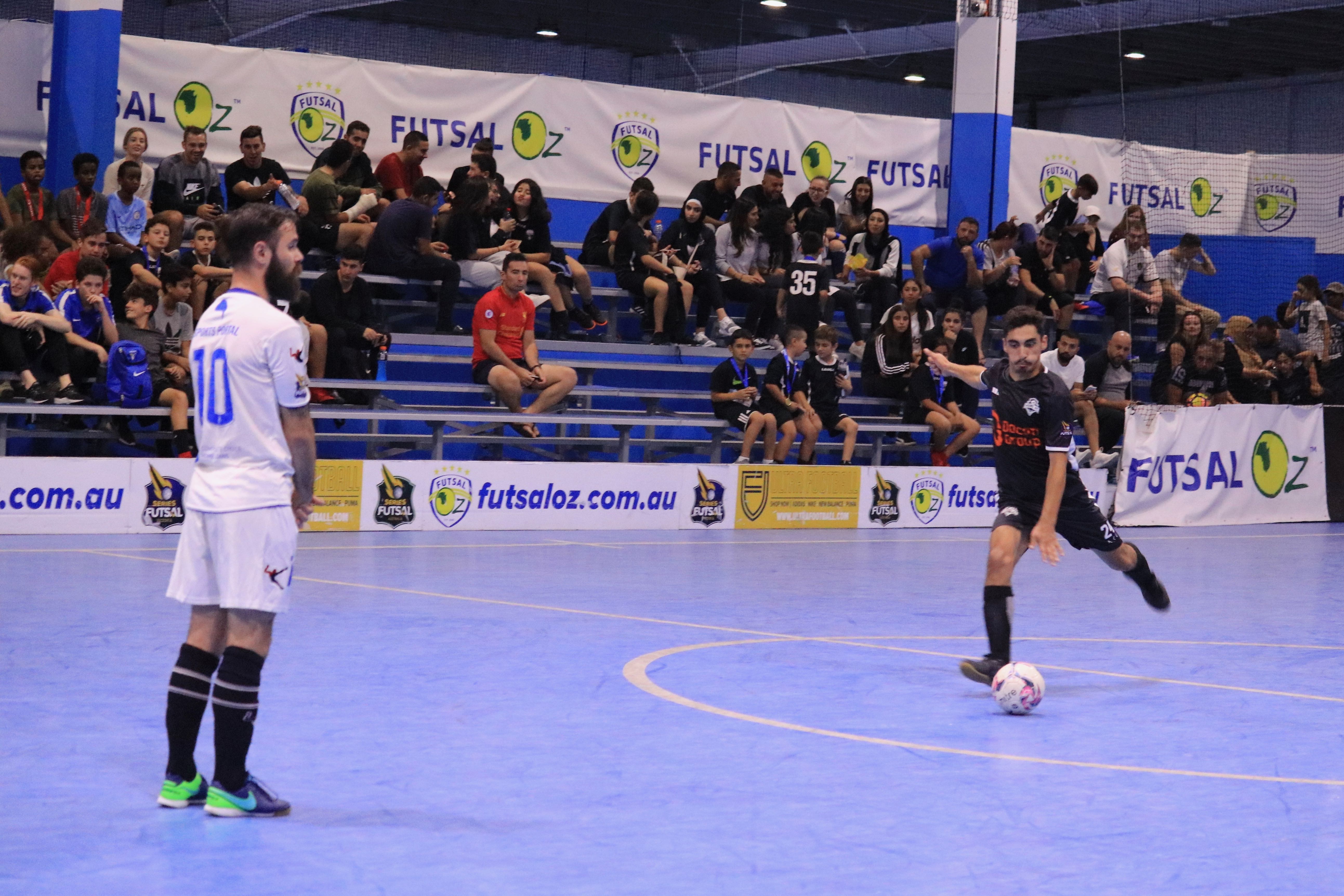 Hume have held off a resurgent Metropolitan to emerge 7-4 victors and claim their first three points of the season.

The Black Army got out to a 4-0 lead in the first half and looked to be cruising; but a string off errors, including a straight red card to Mario Petrovic, allowed Metro back into the game.

Metro scored four unanswered goals of their own and the teams went into the break all square.

Hume managed to stem the tide at the half-time break and they turned the game back around in their favour in the second half with three goals without reply.

Metro came back at Hume in the final minutes of the game, but the Black Army held out for a much needed win.

Muhammed Temel was exceptional in both attack and defence for Hume, with an honourable mention for Nejdet Sahin who scored one goal and registered five assists. 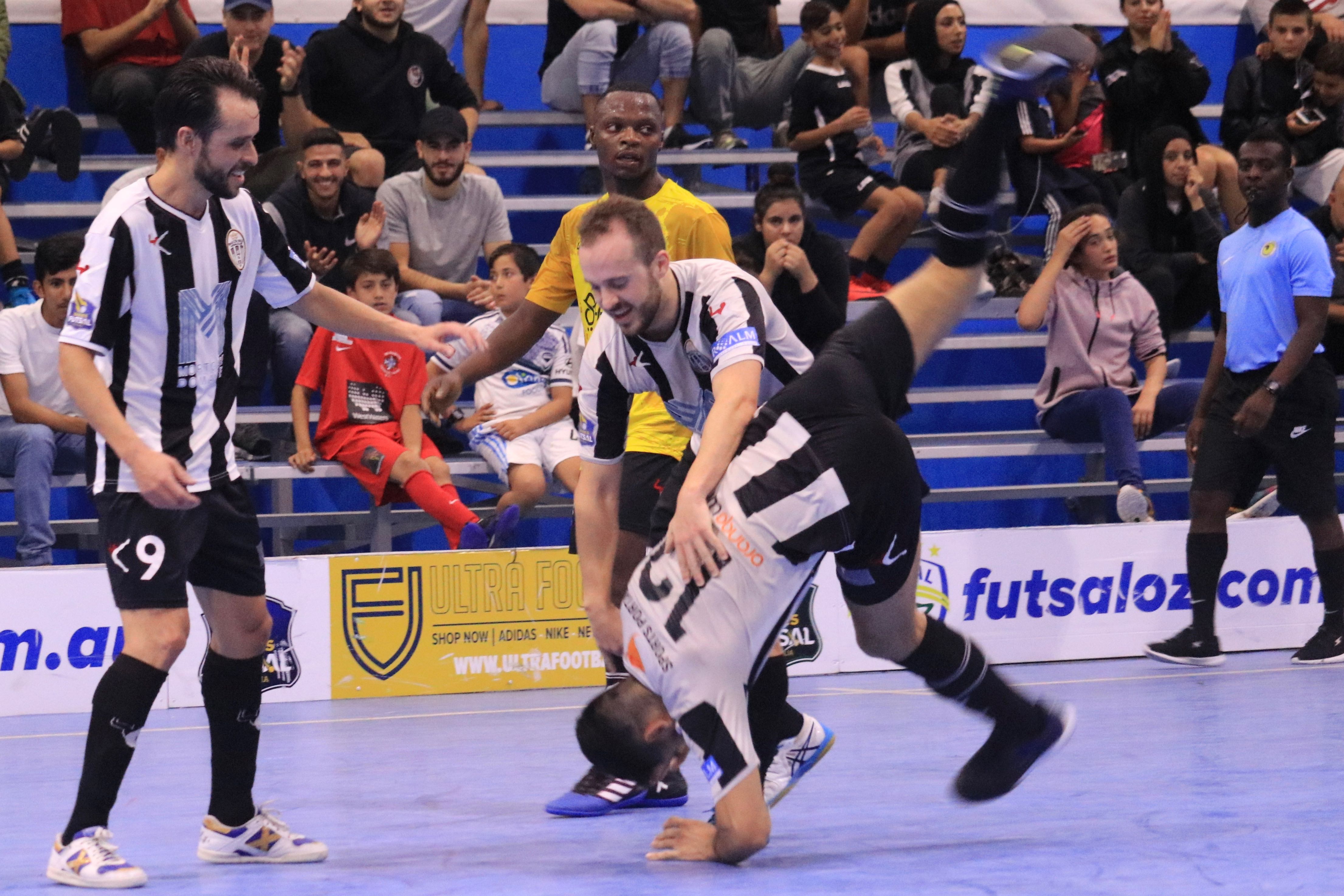 Pascoe Vale have made a real statement with a tight win against a depleted Western Wolves.

The Lions controlled the early proceedings and got out to a 2-0 lead, but the Wolves managed to pull one back before the half-time break.

The second half was an intense battle, with neither team willing to give anything away.

The Wolves eventually found an equaliser through their star man this season, Tiema Couliabaly.

With two minutes to play, the teams seemed to be locked in a stalemate – enter Lucas Vaz.

The Brazilian target found himself in a promising position as the ball broke to him outside of the semi-circle, and he made no mistake in slotting it past a despairing Bilal Atik in the Wolves goal.

As the Wolves pressed for an equaliser, they were caught out on the break as Andre Caro scored a sealer and consolidated what was a very impressive performance. 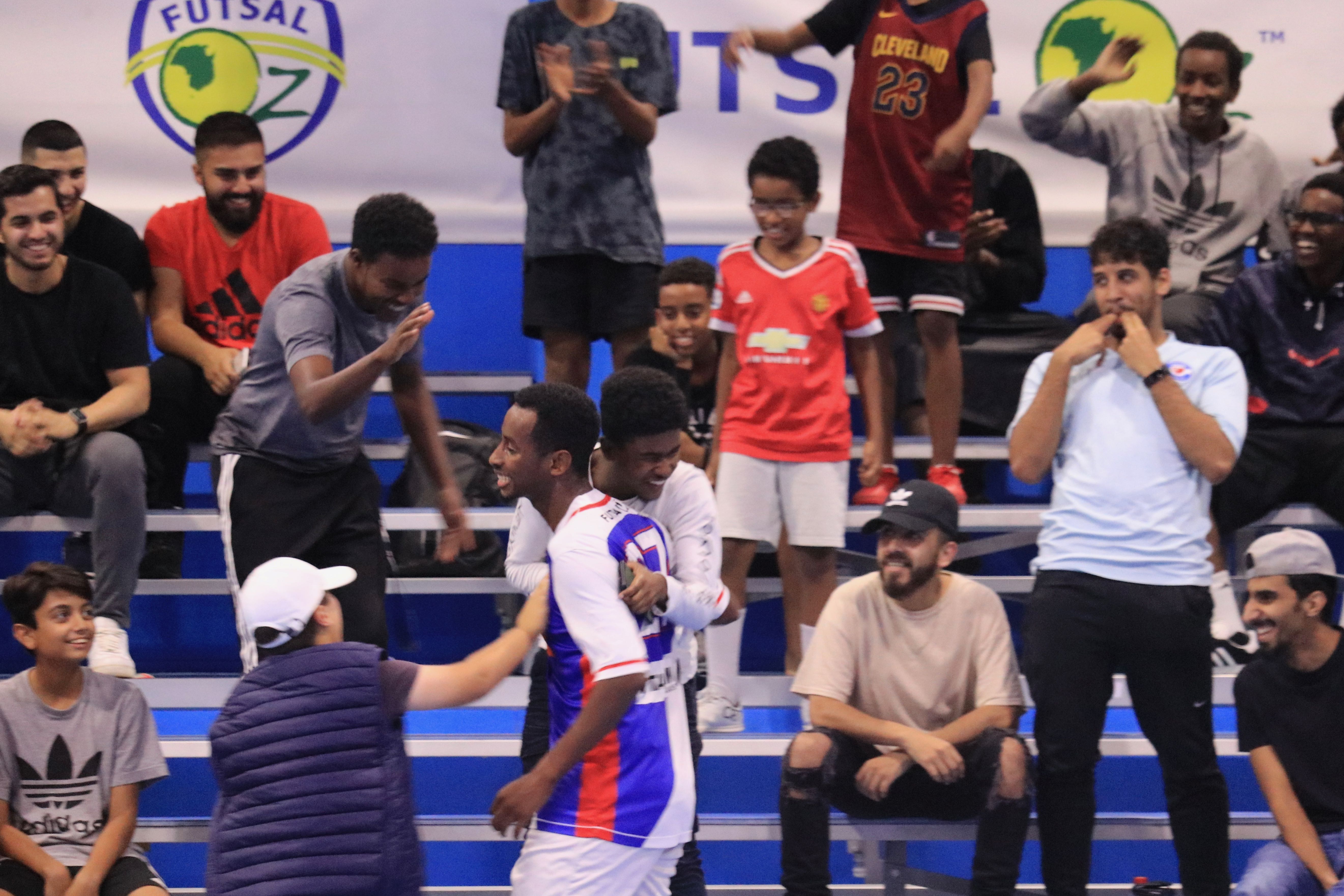 FC Carlton Heart have overrun Fitzroy to keep their perfect record of winning every game so far this season.

The Heart started the game well and opened the scoring, but Fitzroy equalised soon after.

The Heart managed to regain the lead before the half-time break, a slender lead that their performance deserved.

The Heart overran Fitzroy in the second half, scoring five goals to Fitzroy’s one to cruise to a comfortable win. 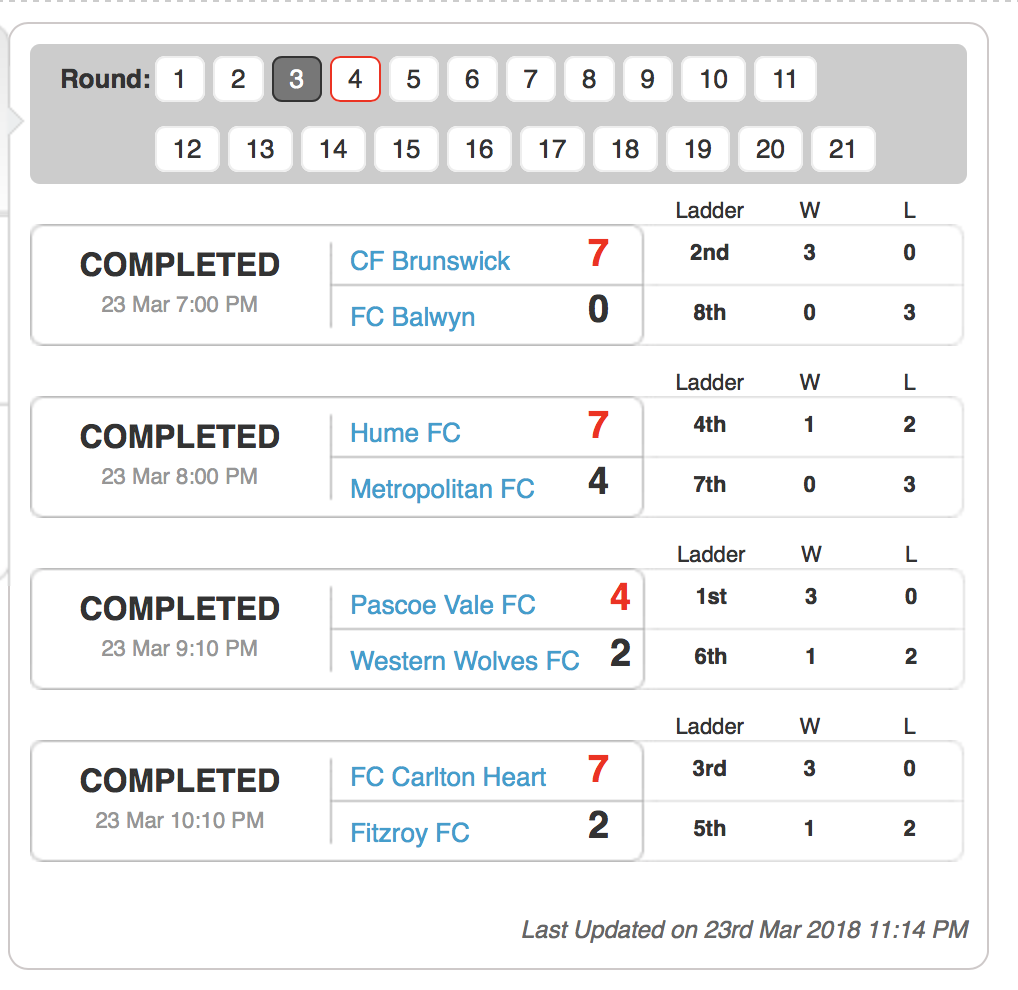 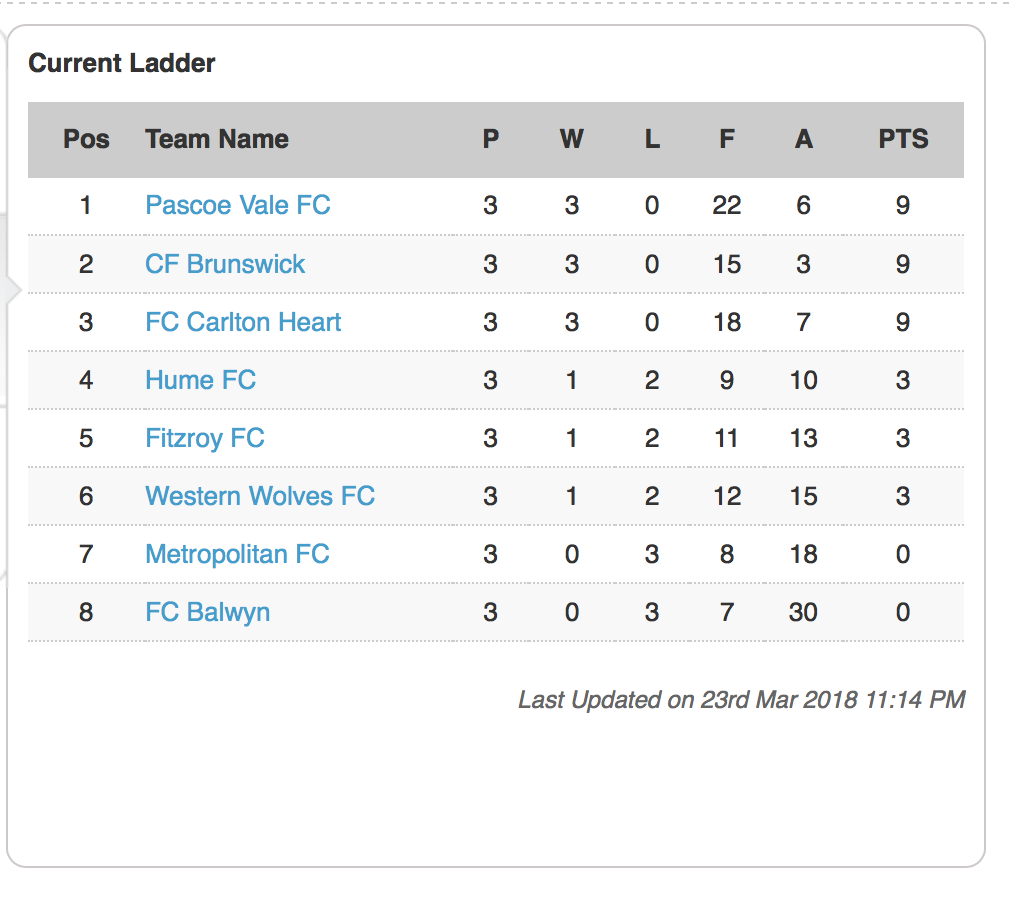 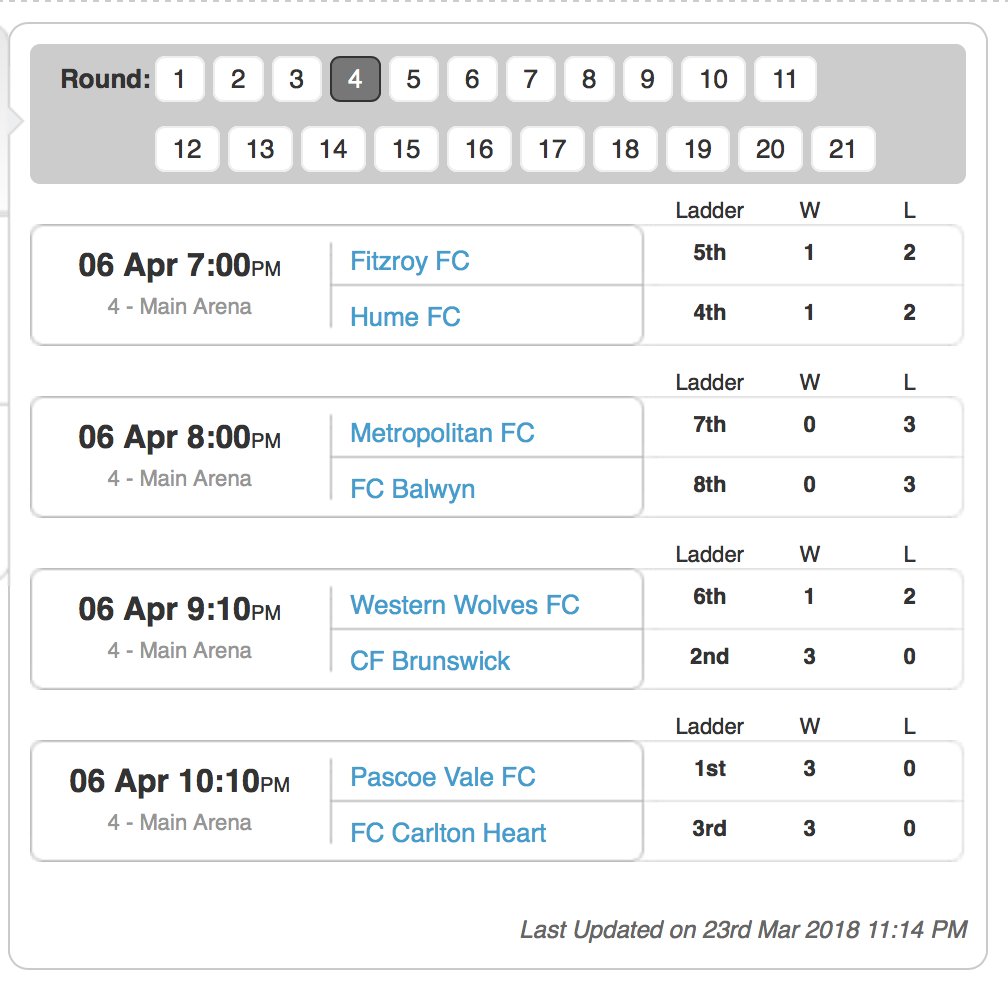