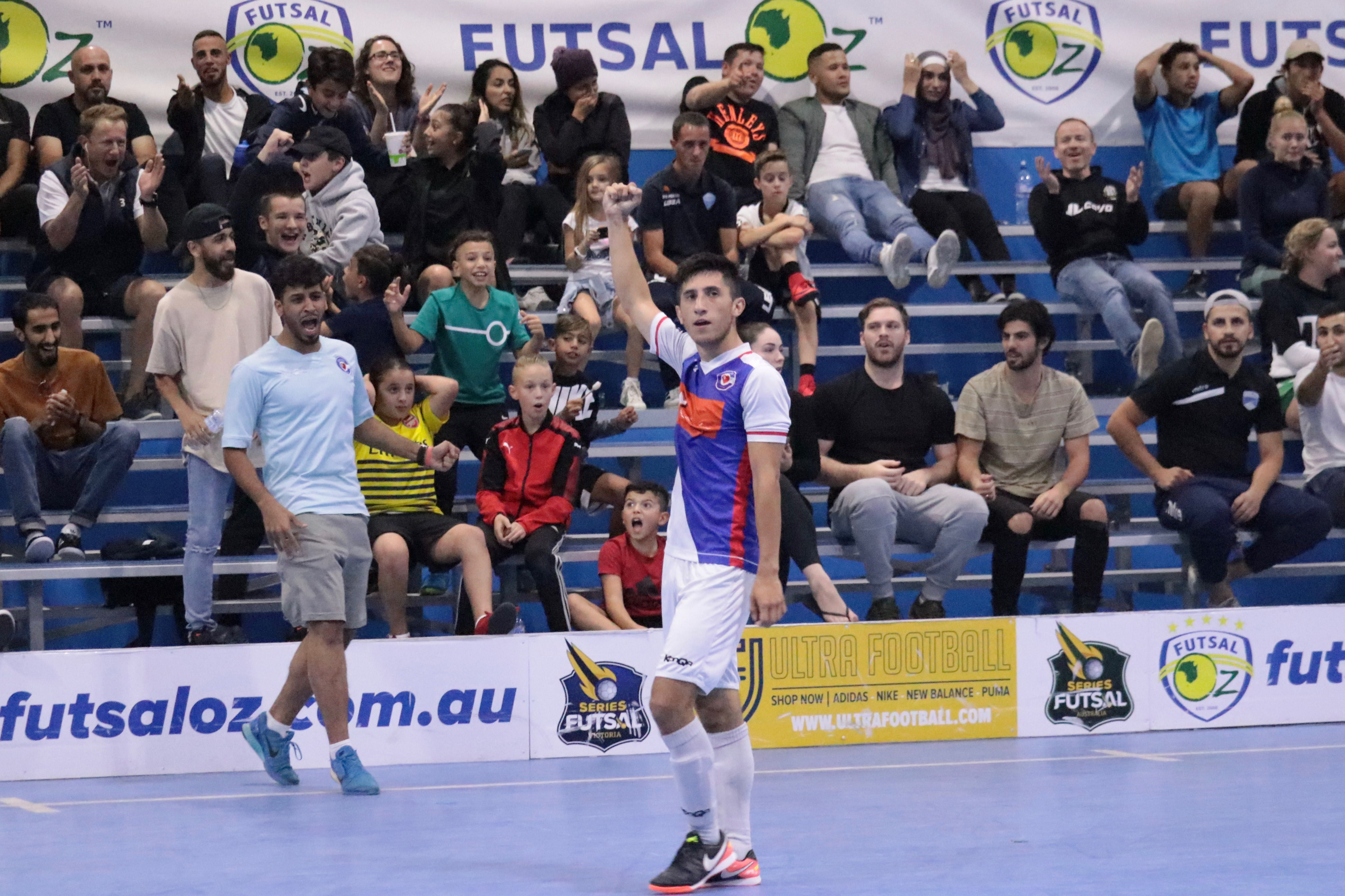 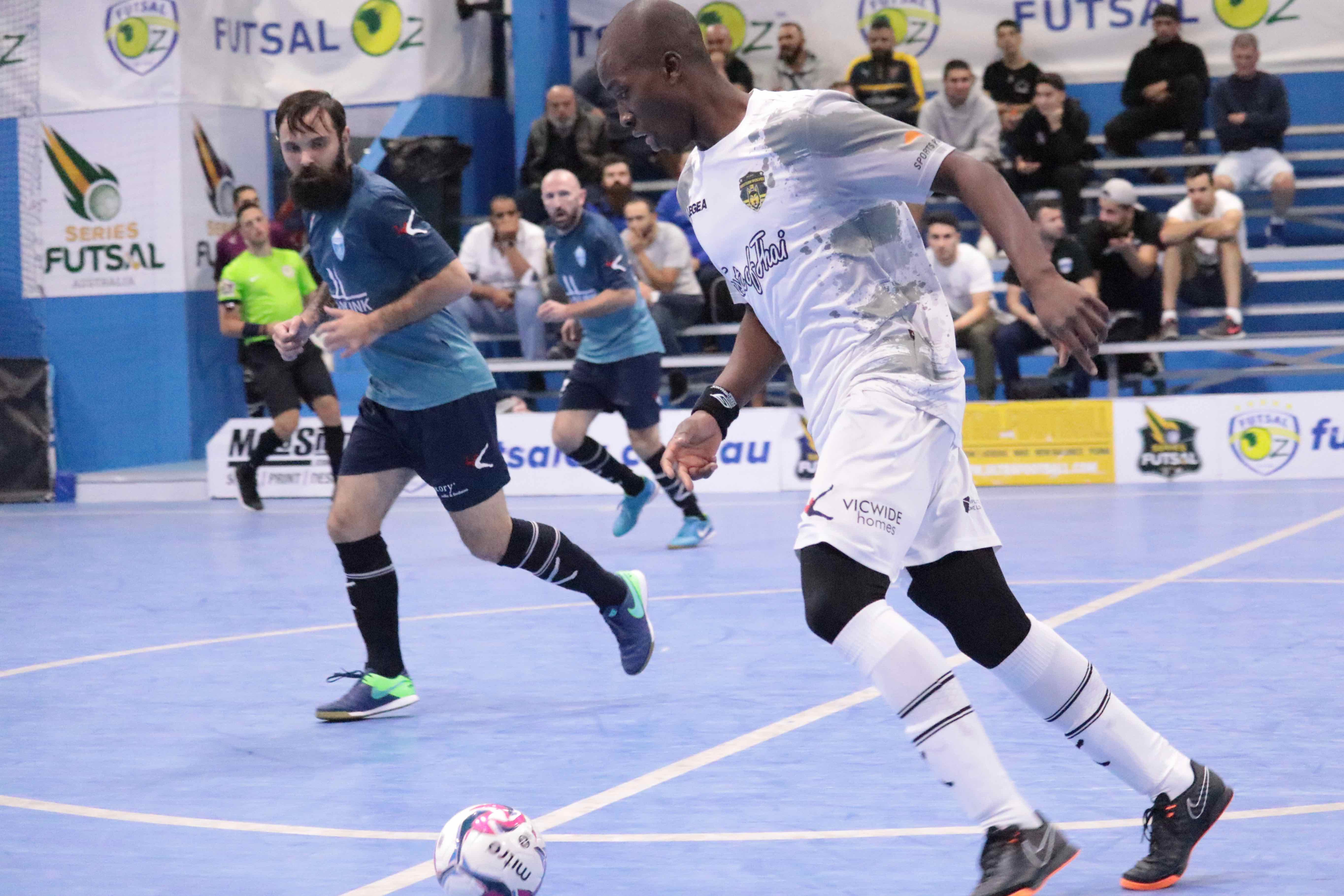 Western Wolves have beaten Metropolitan on penalties, but not before some dramatic scenes at the end of regular time.

After a seesawing game that saw Wolves lead by a slender margin throughout it, the score was 6-5 with five seconds remaining.

Metro were awarded a side-ball and the Wolves fell asleep at the vital moment as the ball was cut back to Alija Redzepovic, who slotted home the latest of late equalisers.

Bilal Atik spared the Wolves’ blushes in the shootout, saving three of Metro’s four penalties, while the Wolves’ outfield players scored two of their own. 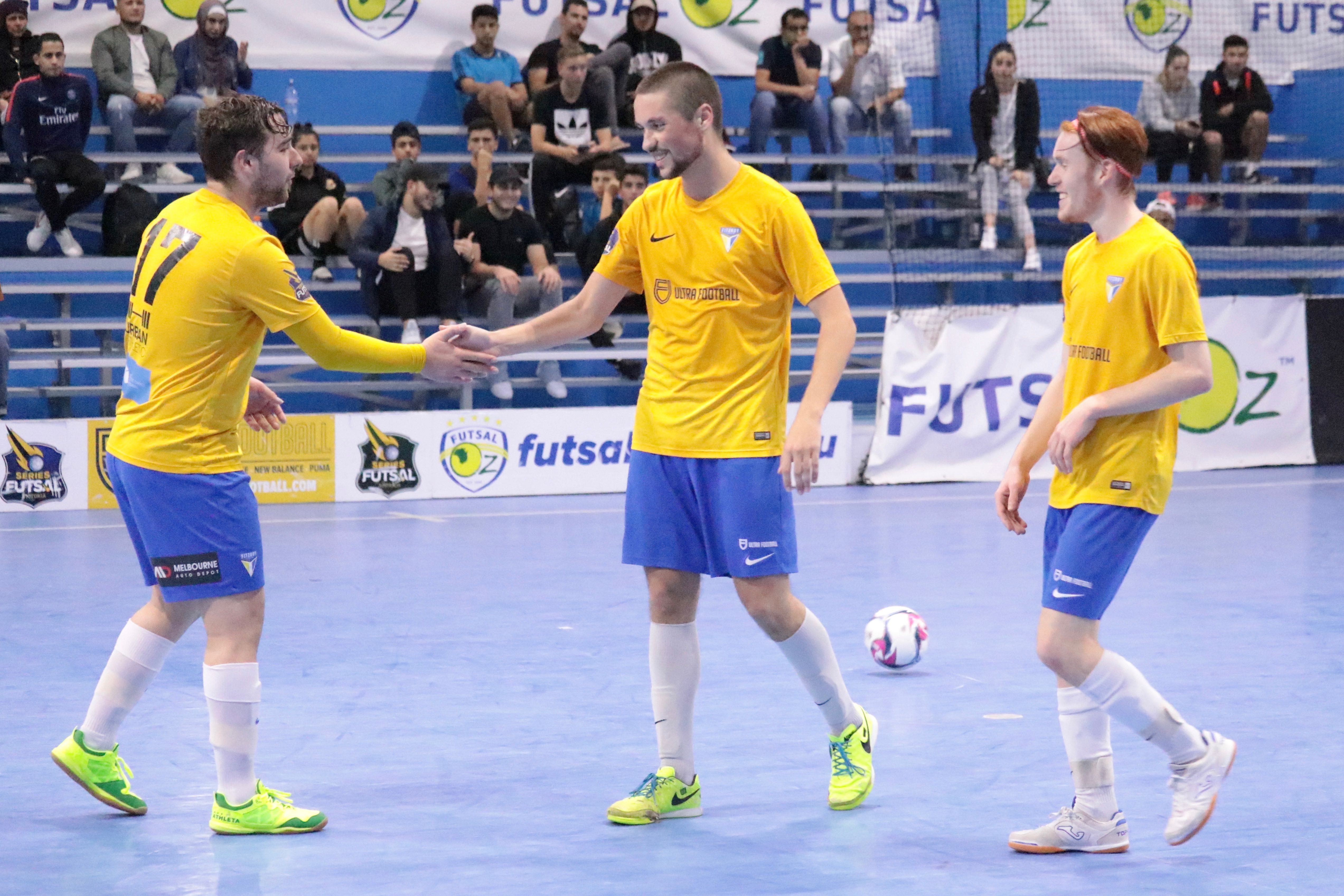 Fitzroy have put in an impressively ruthless performance against Balwyn to get back to winning ways.

The Tigers started the scoring early and managed to hit the back of the net three times before the half-time break.

The goals continued to flow in the second half, with Scott Rogan, Corey Sewell and Llewelyn Stone all building on their first half tallies.

While Fitzroy’s outfield players scored nine goals between them, it was their goalkeeper Ryan Timmins who was the star as he performed phenomenally to keep Balwyn to just one goal in 46 minutes of play.

FC Carlton Heart have broken Hume’s with an equalising goal on the full-time buzzer, before going on to win the game on penalties.

Carlton led for most of the first half after getting out to a 1-0 lead early and doubling it mid-way through the opening period.

But with less than a minute left in the half, Hume got one goal back through Muhammed Timel to take some momentum into the break.

The Black Army built on that momentum in the second period, with Sahin and Muhammed Temel hitting the back of the net to turn the game on its head.

Sahin went from hero to villain as he saw a straight red card for denying Carlton a clear goalscoring opportunity as the last man, and Hume were forced to play the final minute and a half with only four players on the court.

The Black Army were able to hold on until the final five seconds. Peter Tamburrino rolled his goal-throw out to Chaaban Rajab, who kept his cool and elected to pick out a pass rather than shoot with two seconds remaining, and Arturo Diaz picked out the top corner as the buzzer sounded.

Hume looked defeated at the end of regular time, and they were unable to pick themselves up in the shootout, missing all of their penalties as Carlton limped to a fifth straight victory. 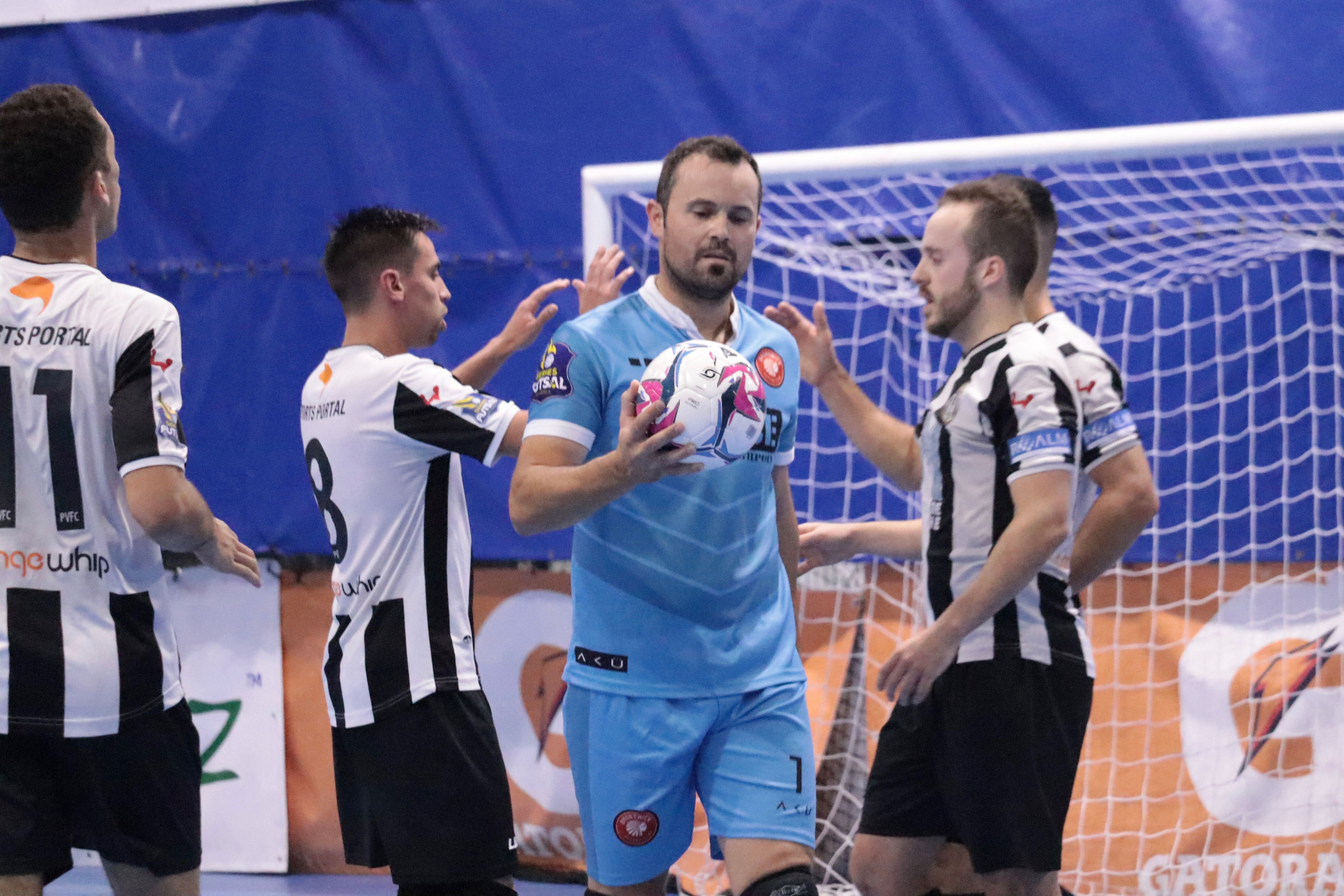 Andre Caro has put in one of the performances of the season, scoring five of Pascoe Vale’s six goals as they came from behind to beat Brunswick in the final match of the night.

Brunswick started strong, and Felipe Yamashita scored a first half brace to help them to a 3-2 lead at the break.

But Pascoe Vale were resurgent, with their captain Caro carrying the load of a number of key players who missed the game with injury, and scoring a second half hat-trick as Pascoe Vale ultimately overran Brunswick after a quality game of futsal that both teams can walk away from with their heads held high. 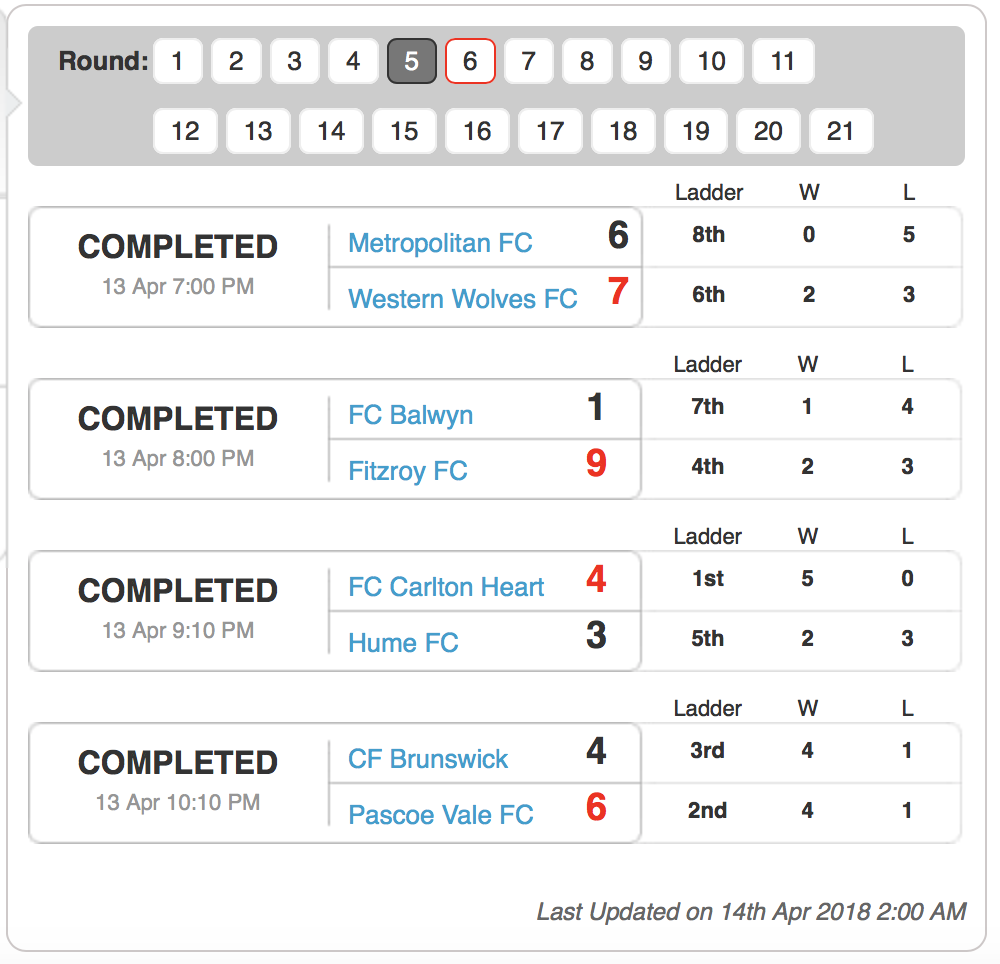 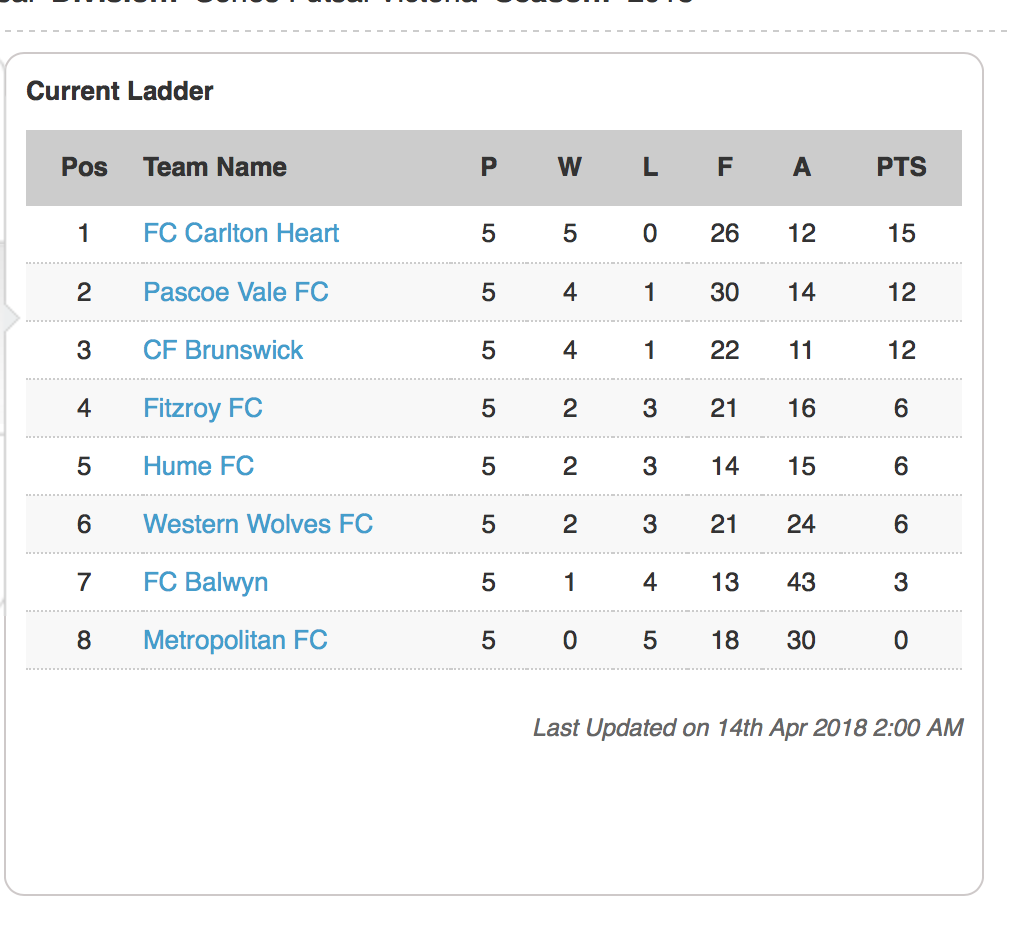 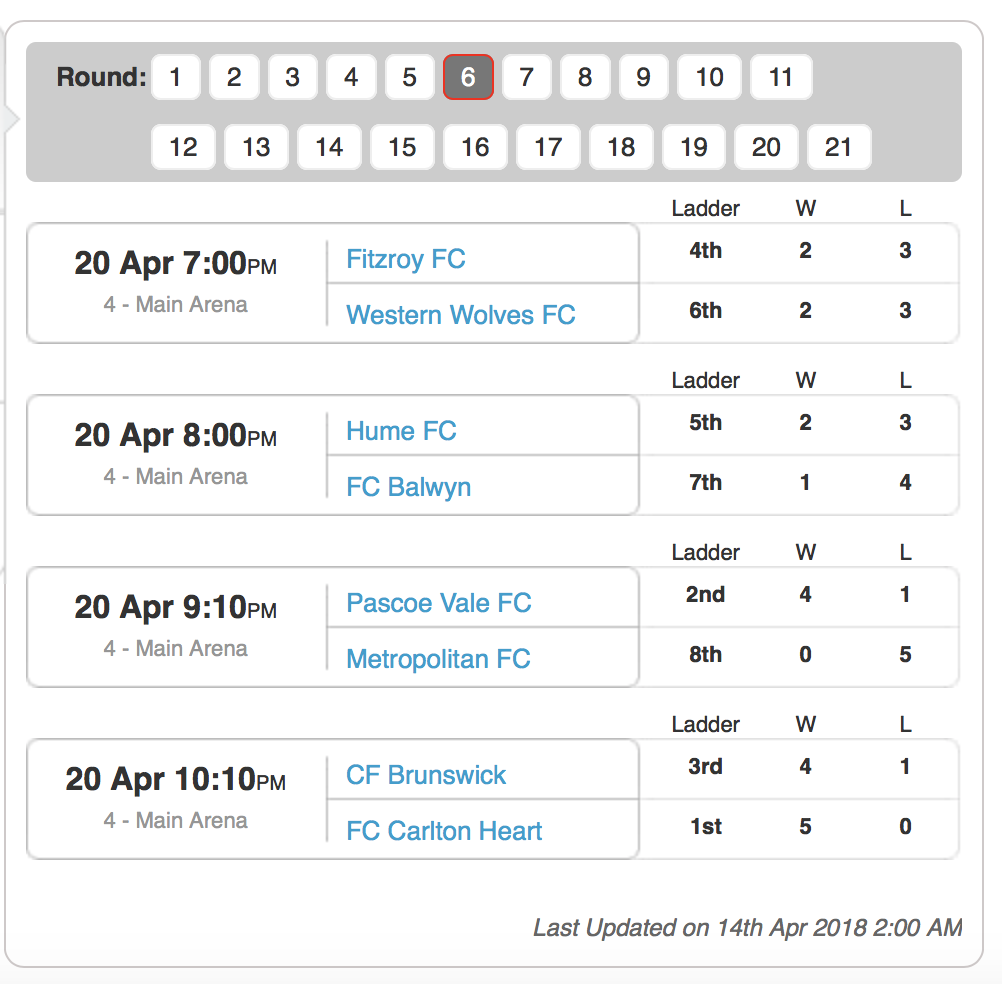