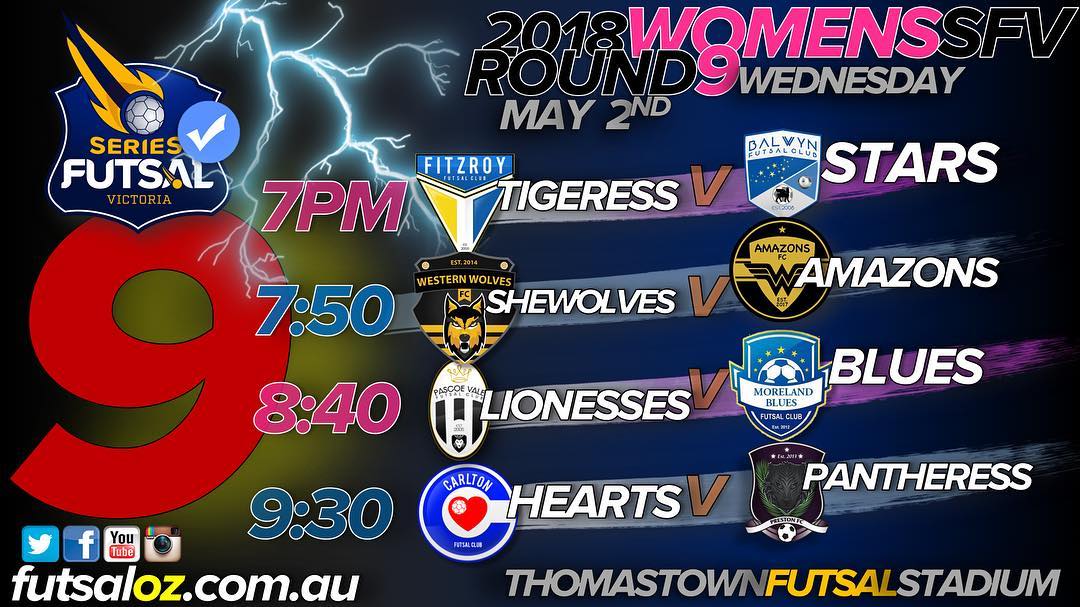 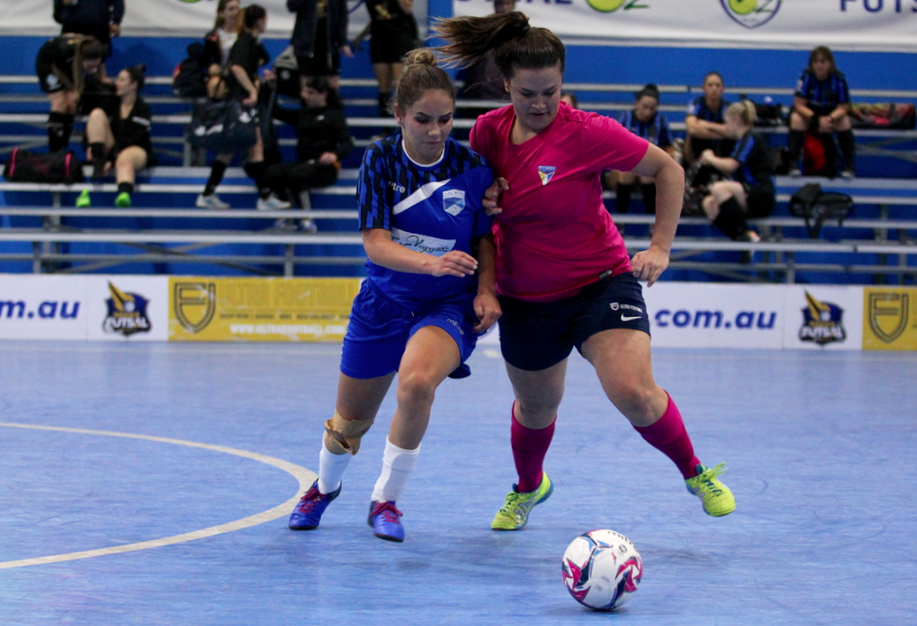 The first game of round nine saw title chasers Fitzroy face off against Balwyn. In a must win for both sides, Fitzroy took the lead with Em Coppock opening the scoring. Coppock looked in ominous form early as she added her second of the contest to give Fitzroy a two goal buffer. Balwyn continued to battle though and pulled one back through Angela West to halve the deficit, before Lyn West struck to pull Balwyn on level terms and have an upset on the cards. The Tigers would again regain the advantage as Coppock completed her hat trick before turning provider for a bit of breather space as Rebecca Catterwell converted from close range. Coppock added her fourth late in the half to have Fitzroy leading 5-2 at the half time break.

Coppock did not slow down in the second half as she grabbed the opening goal for her fifth, and only moments later grabbed her sixth of the game in a standout showing which had Fitzroy leading 7-2. Rebecca Berry then chimed in with a tap in after a lovely move from The Tigers. Berry was again on hand to finish from close range as the score began to blow out. The Stars would pull back a much needed goal as Corina Jayasekeren finished from distance with a stunning goal to give Balwyn a bit of a consolation. Fitzroy went on to add a further four goals with Coppock claiming three to make it a stunning nine for the game, while Erin Clout claimed her first of the game. Rachel West poached a goal late on to add some consolation to the scoreboard but it was no more than that with Fitzroy running out comprehensive winners. 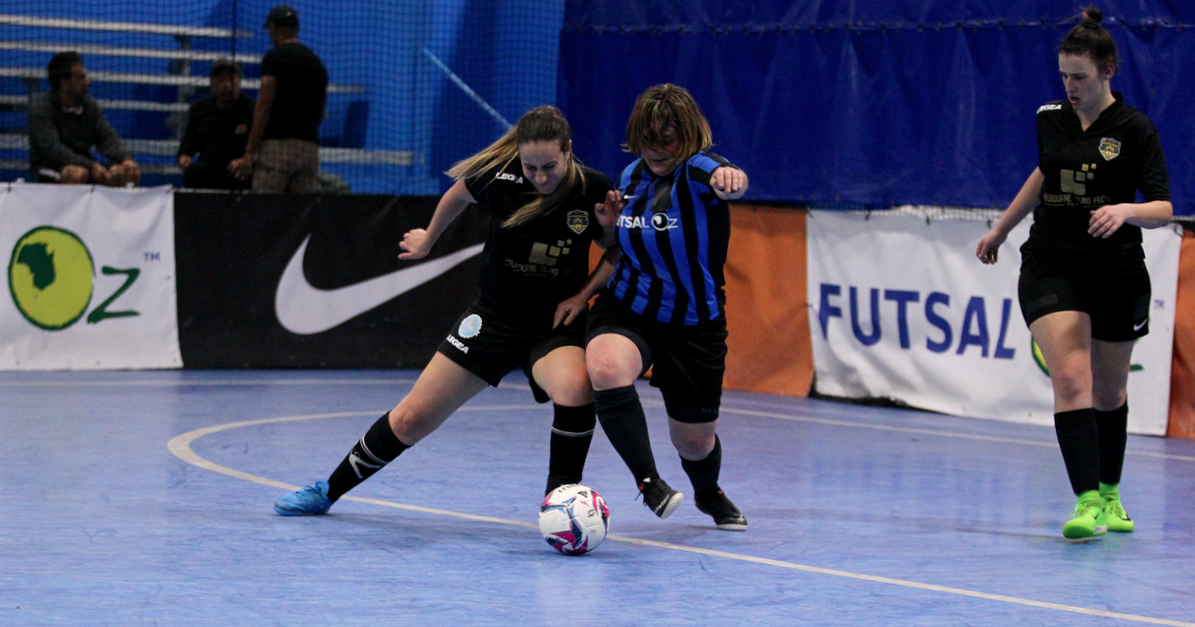 Next up saw Western Wolves who were on the climb face bottom of the table Melbourne Amazons in what was a six point game to pull away from the bottom of the table. The Wolves opened the scoring within moments of the kick off as Rachel Hurlimann finished her chance to make it 1-0. Amazons would pull the goal back as in form Bianca Lee continued her scoring form as the game was back on level terms. Rebecca Attard then found the net to restore the lead for her side. Lee would then grab her second of the game to make it 2-2  going into the half time break.

Early in the second half neither side wanted to concede which caused both to play a very tentative style. Wolves again regained the lead when youngster Alissa Kaddour found herself one on one with an eternity of time to finish, and finish she did as the Wolves took a 3-2 lead. It was soon 4-2 as a long ball from Attard somehow found its way into the back of the net to give them a two goal cushion and some much needed breathing space. Lee would complete her hat trick with a minute on the clock, but the Amazons would fall just short in what was a very good contest. 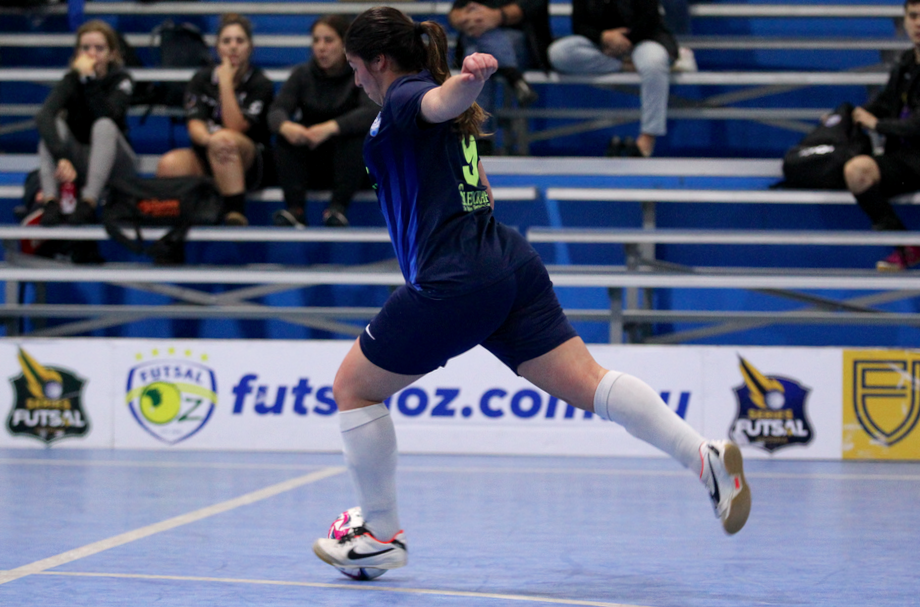 Next up was the big clash of the evening as Pascoe Vale took on Moreland. A win was vital for both as they looked to keep in touch with the top of the table. Pascoe Vale raced out of the blocks as Marcela Marques opened the scoring for the lions, only for it to be pegged back by Melissa Missailids to bring the game back to level terms. Moreland then hit the lead when Ebru Hasan found the net but this time Pascoe would claw it back as Marques lobbed it over the keeper with the ball just crossing the line to draw them level. The Blues would again find the lead as Rebecca Saber found the net, before Saber struck again shortly after to open up a vital two goal cushion going into the half time break.

Midway through the first period Pascoe pulled one back as Liesl Woods ran almost the length of the flank to bring the Lions back within one goal with ten minutes to play. That is how the game ended though, despite a lot of pressure piled on by Pascoe Vale they were unable to find an equaliser as Moreland held on for a crucial three points. 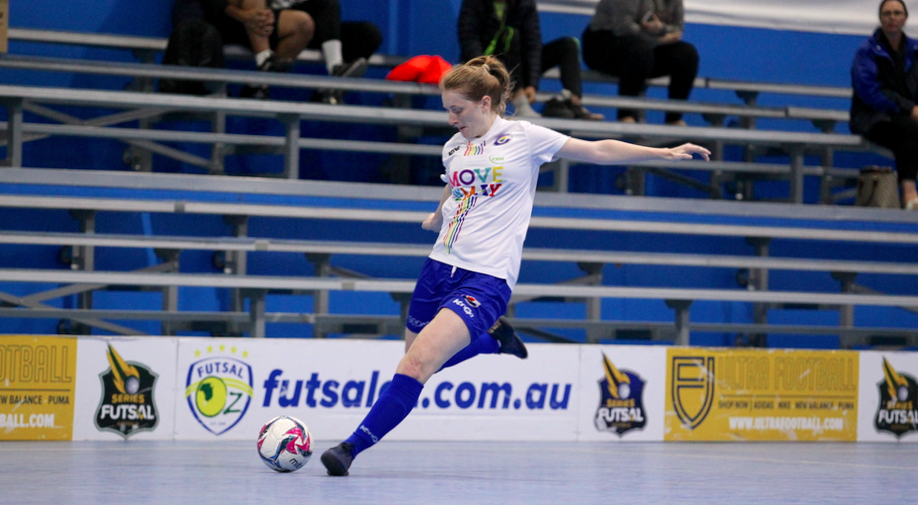 The final game of the night pitted ladder leaders Carlton Heart against a struggling Preston side. From the get go the Heart looked ominous and opened the scoring through Jess Byrne. Soon after it was two as a cracking strike from Rebecca Davies doubled the advantage, before a well placed throw in found Jade Thurlow at the back post for a tap in as the Heart were well on top. Davies then added another from a tight angle, before completing her hat trick from distance as the Heart lead 5-0. Thurlow was on hand again late in the half to make it a 6-0 half time lead as Carlton were well and truly on top leaving Preston with work to do at the half time break.

Preston responded well in the second half and got the opening goal of the half through Melka Suratie. It was only a minor blip on the radar for the Heart as they added another this time through Morgan Kirk-Eaton for a 7-1 lead. Preston got another back through a long range effort from Leia Cartanos, and shortly after another for Cartanos this time a tap in at the back post as the unthinkable come back was on. Carlton steadied the ship however and pulled the goals back with Katie Foster on the end of the first one before Davies hit a rocket from distance into the bottom corner to extend the lead to 9-3 and that is how it finished as Carlton end another round on top of the Womens Series Futsal Victoria table. 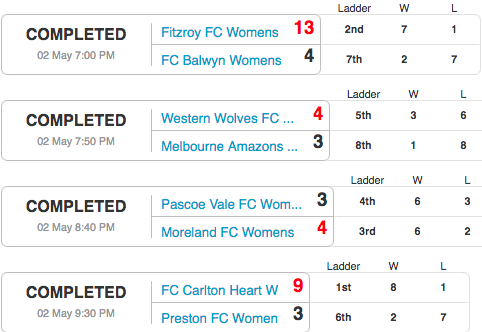 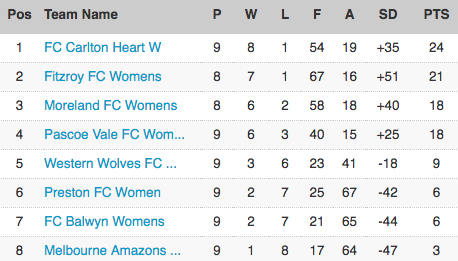 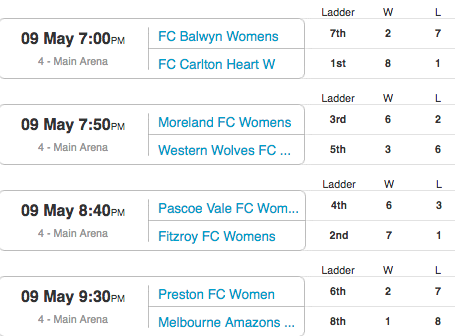