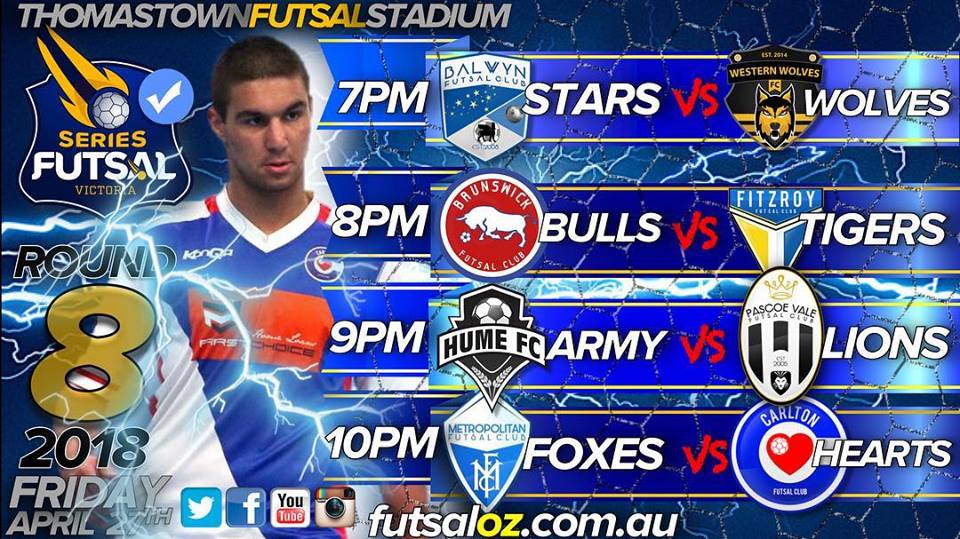 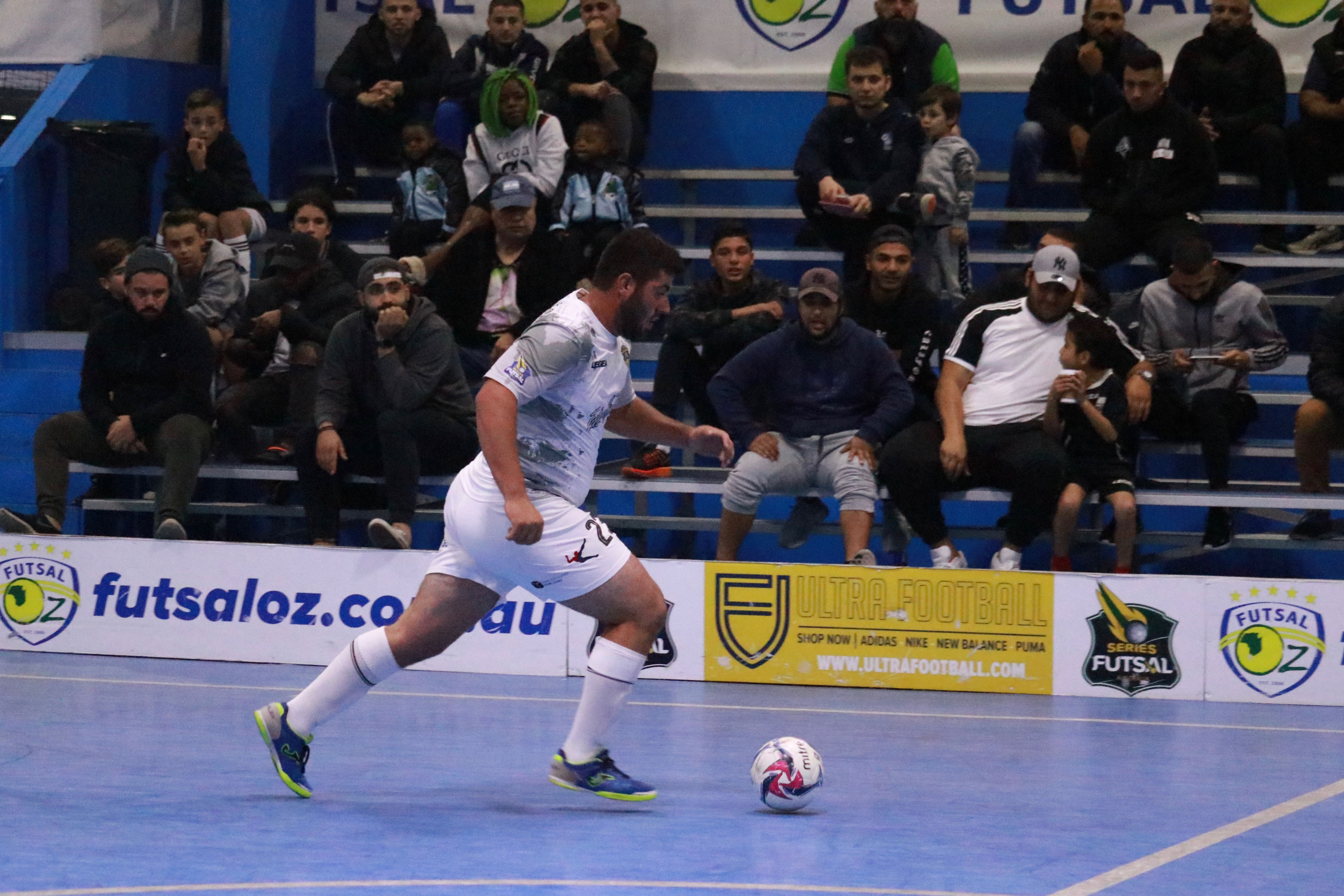 Western Wolves have beaten Balwyn for the second time this season, holding off a much improved Stars side to claim the three points.

The Wolves started the match very well, and a first half double from Lokman Ramadan helped them race out to a 3-1 lead at half-time.

The two teams exchanged goals in the second half to make the score 4-2, before an injury to key player Tiema Coulibaly turned the tide of the game in Balwyn’s favour.

The Stars made good on the opportunity presented to them, scoring twice in five minutes after the injury.

But the Wolves managed to halt Balwyn’s momentum, and Ramadan stepped up for the Wolves again, like he did in the first half, to guide his side to a 6-4 victory. 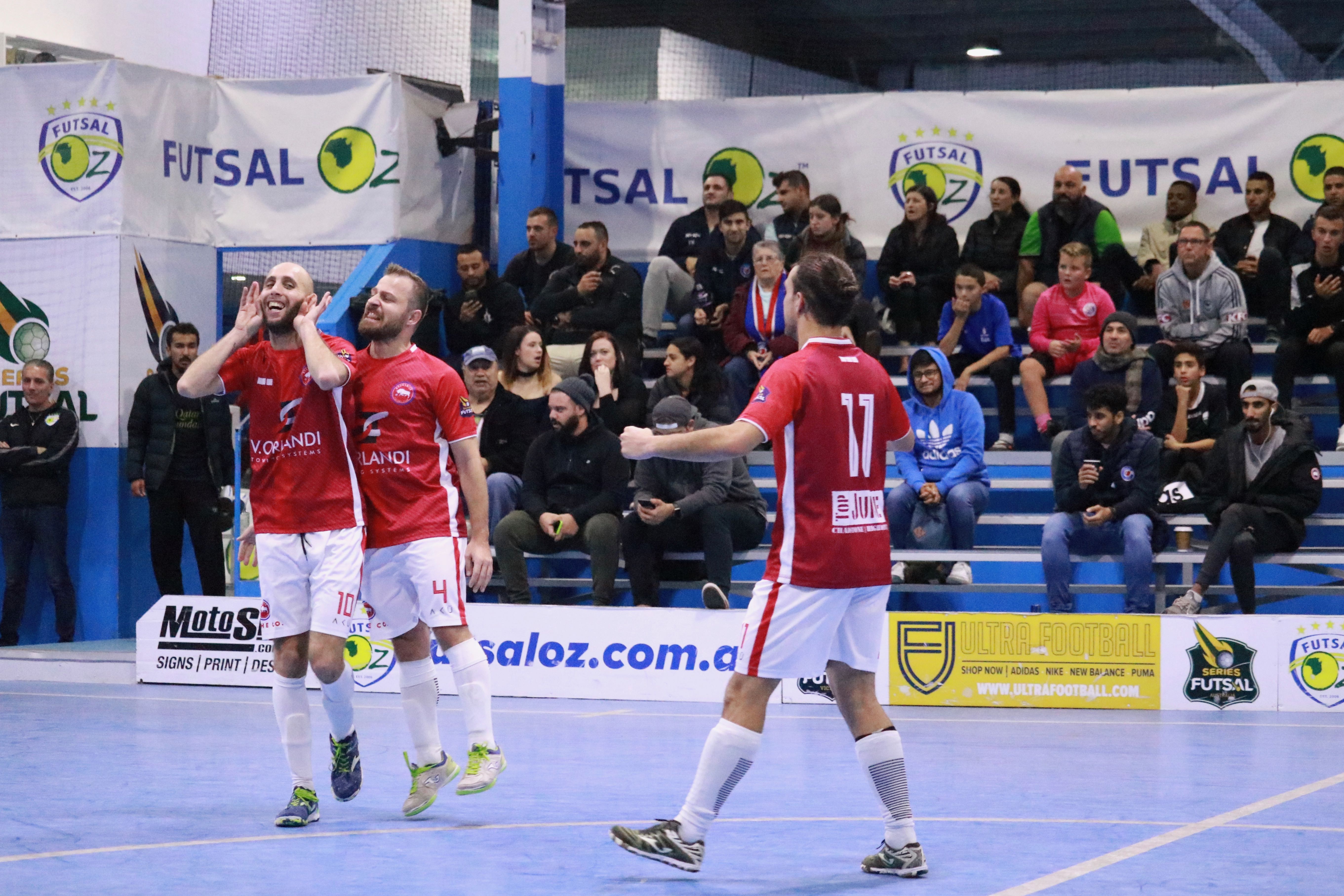 Brunswick Bulls have put in an impressive second half performance to claim all three points against Fitzroy, and stay in touch with ladder leaders Carlton Heart.

The Bulls started the match well, and made the most of a couple of Fitzroy errors to go 2-0 up early in the first half.

Fitzroy clawed their way back though, with goals from Jimmy Soufis and then Scott Rogan getting the Tigers level.

The Bulls regained the momentum in the second half, with Michele Salvi the catalyst behind their upsurge as they regained their two goal buffer with a 4-2 lead.

Fitzroy got one back through Rogan, but a fifth of the night from Brunswick put the game beyond reach and the result beyond doubt; a crucial three points for Brunswick. 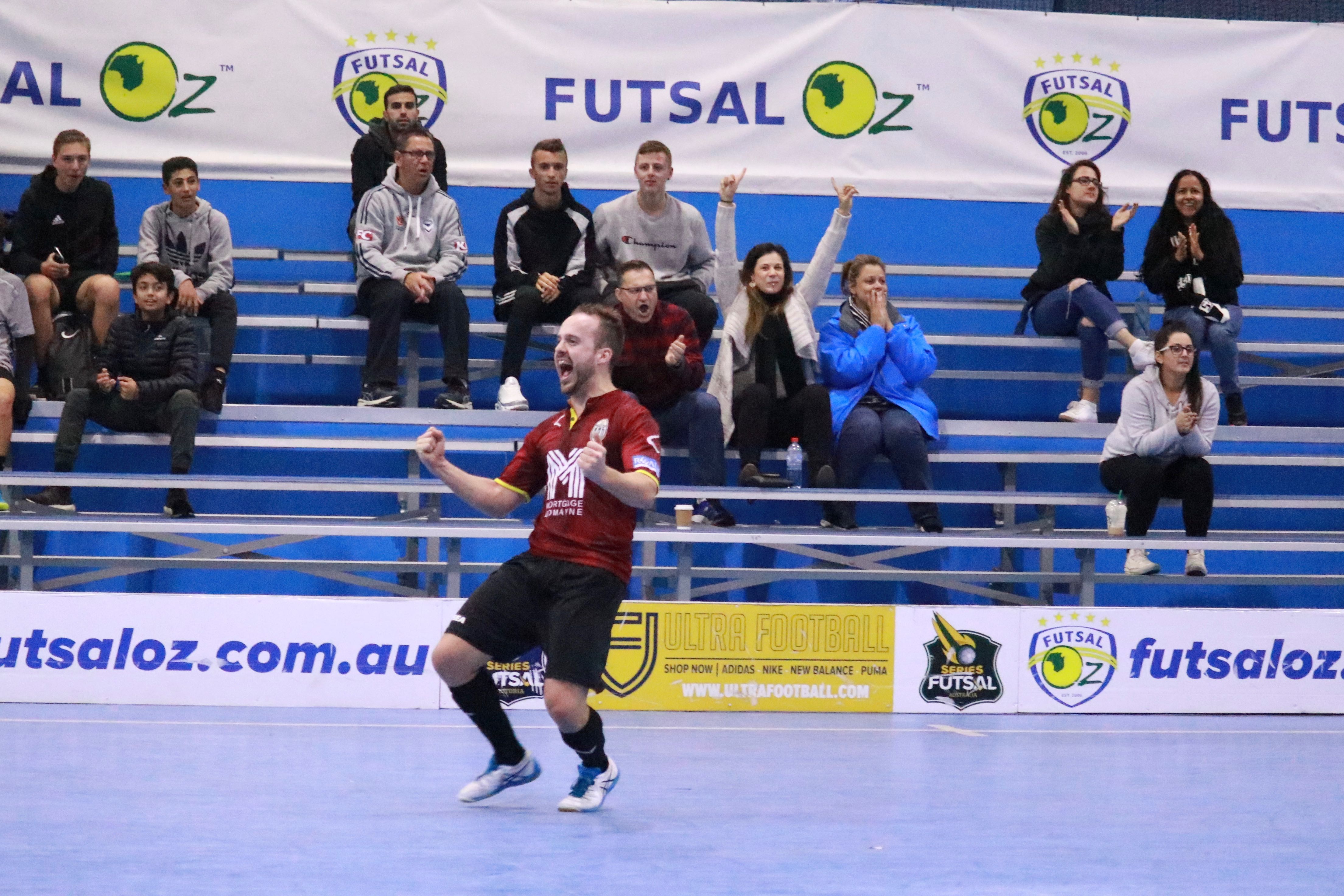 Hume took the lead in the first half through Nejdet Sahin, and their goalkeeper Aaron Yu was phenomenal to deny Pascoe Vale an equaliser until the half-time break.

Hume doubled their advantage after the break through Mario Petrovic, before Pascoe Vale finally found a way past Yu, with Andre Caro hitting a ferocious shot into the top of the net from the right flank.

Pascoe Vale went down to four players when debutant Henrique Fernandes was given his marching orders after a scuffle with multiple Hume players.

However, Pascoe Vale were not deterred by going a man down, scoring an equaliser through Joao Da Silva despite the handicap.

Neither team was able to find a winning goal in regular time, and the players were not much more accurate in the penalty shootout, with only Pascoe Vale’s Lucas Vaz scoring his penalty out of the six takers from both teams.

Dianoosh Rasoulzadeh saved the decisive penalty off Moe Matar to give Pascoe Vale the three points and cap off a good individual performance from the keeper. 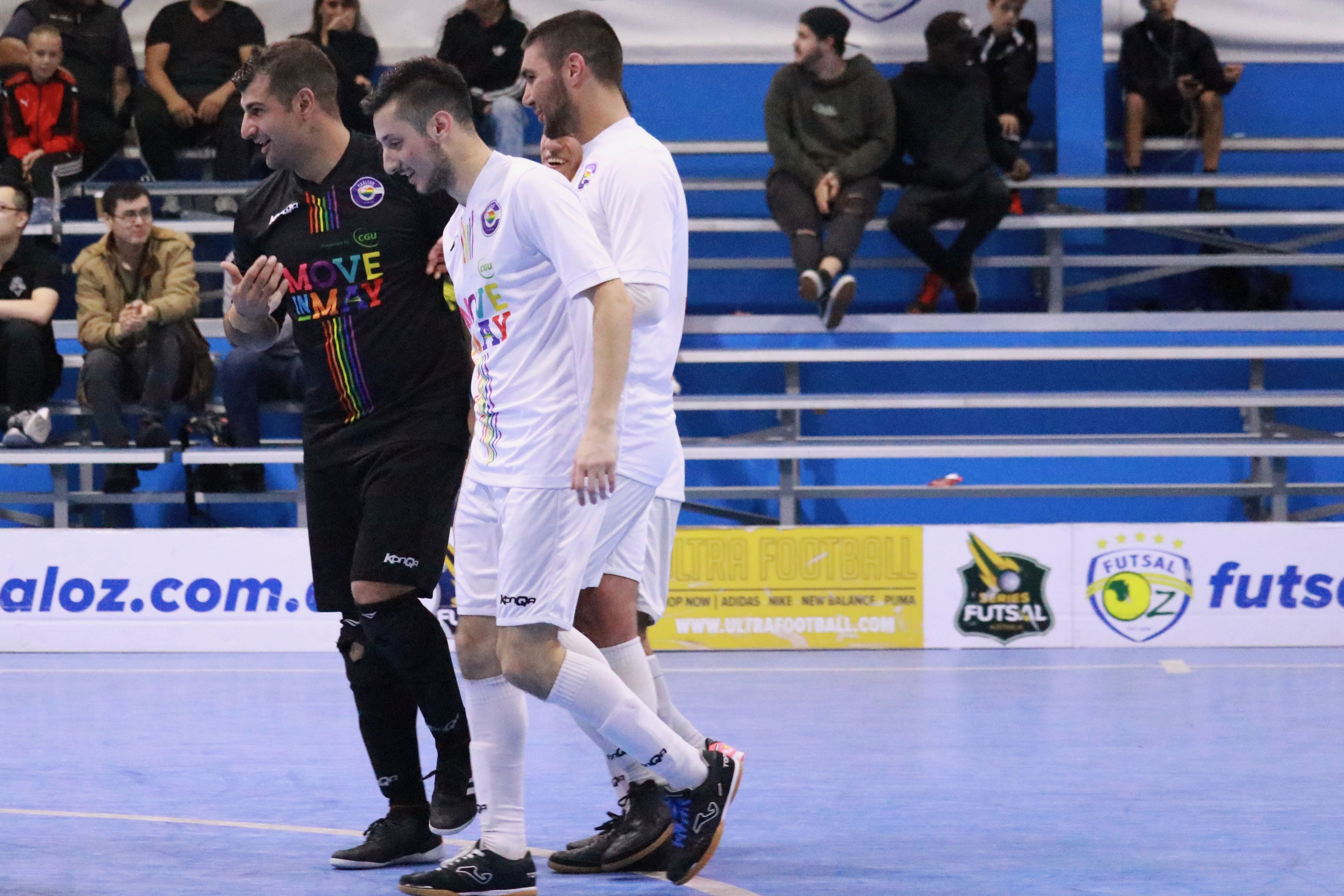 FC Carlton Heart have cruised past Metropolitan to regain their six point gap at the top of the table.

The Heart started the game strongly and took a 3-1 lead into the half-time break, courtesy of an Arturo Diaz double and a goal from Chaaban Rajab.

Atay Ibrahim turned it on in the second half for the heart, scoring a second half hat-trick as the Heart got out to a comfortable lead, despite Metro scoring double their first half tally in the second period.

The Heart came away from the game as 7-3 victors, with the main points of contention coming when both Chaaban Rajab and Peter Tamburrino escaped red cards in each half, despite both being adjudged to have committed fouls while being the last defender. 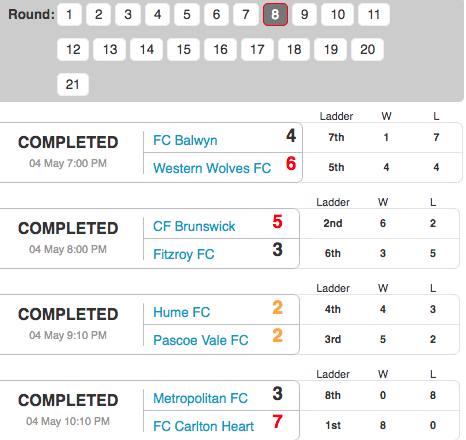 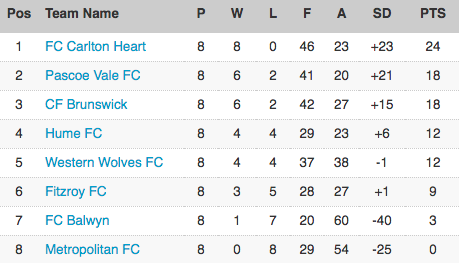 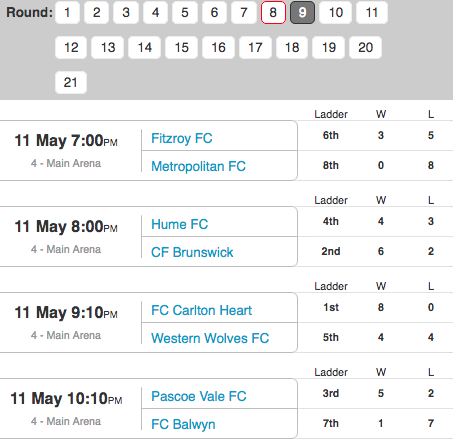