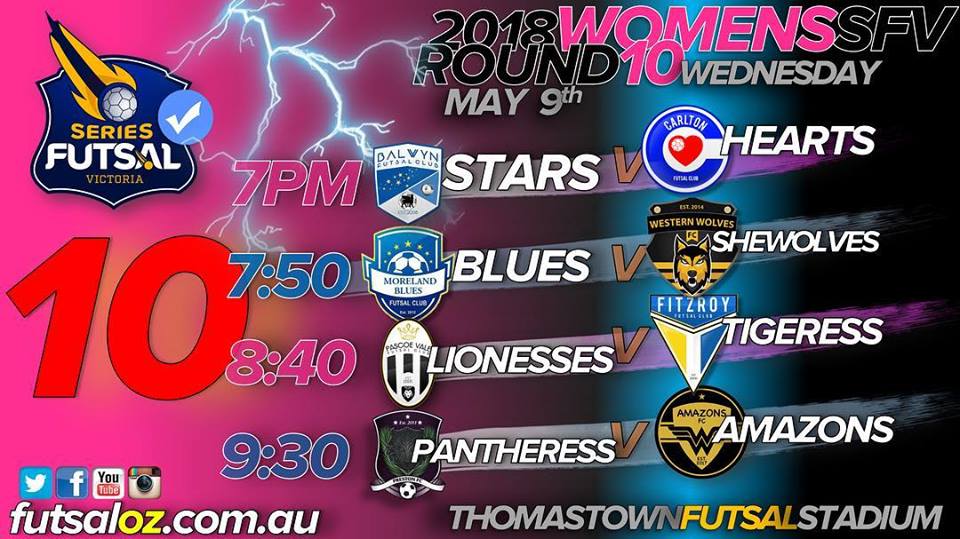 Carlton Heart have moved clear at the top of the table with a hard fought win over Balwyn. Carlton took an early two goal lead before Angela West pegged one back. From there, the sides traded blows and went into the half time break with Carlton leading 6-4, thanks to braces from Katie Foster and Rebecca Davies. While Balwyn had all single goal scorers on their side.

Balwyn were applying the pressure early on in the second half and it seemingly had Carlton rattled as the stars pulled another goal back with Corina Jayasekera getting her second goal of the game to have her side within one. Jayasekera almost pulled her side level when her goal bound effort was cleared off the line by Davies which seemed to spark the Heart into action as they added a couple of late goals through Foster who finished the game with four to her name running out eventual 8-5 winners in what was a hard fought contest all the way through, 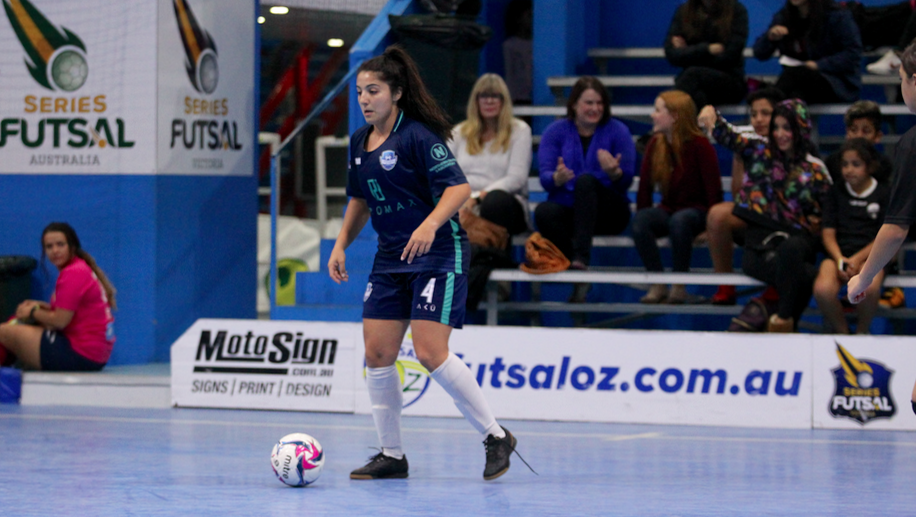 Moreland overcome a slow start run over the top of a lively Wolves side. The Wolves took a shock lead early on through Jan Mustac to have Moreland on the back foot. Tayla Mure pulled one back foe Moreland to get them on level terms before a thunderbolt from Rebecca Saber fired Moreland ahead going into the half time break.

Moreland began to up the tempo in the second half and the Wolves began to fall away with Danica Petreska on hand to tap her side further ahead, before Saber hit another rocket to make it 4-1 and all but game over. Sinem Celepci continued the trend of  cracking goals as she knocked out a few cobwebs, before Ebru Hassan put a bit of polish on the result to seal a good win for the Blues. 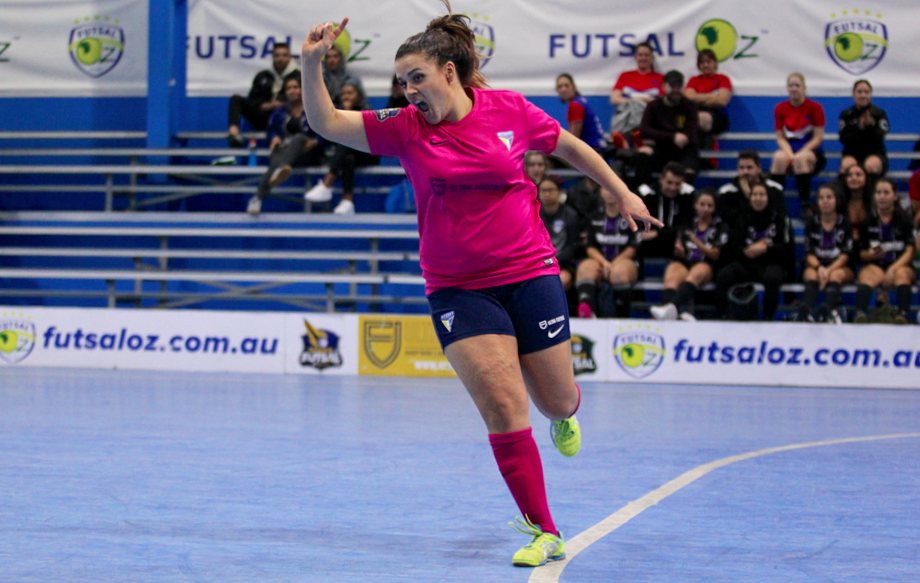 Next up saw the game of the night contender with Pascoe Vale taking on Fitzroy in what is always a close affair. The first half proved close but less than entertaining with only Fitzroy hitting the post on two occasions while Pascoe had a few half chances though neither side could find the back of the net as we went into the break goal-less.

The second half saw more of the same style follow with not much happening for either side, though midway through the half Fitzroy opened the scoring when Erin Clout found the net to take the lead. With the clock winding down Pascoe found an equaliser through a long ball from Priscilla Ribas catching Molly Boorman off her line to level proceedings and send the game to penalites.

After an incredible eighteen penalty attempts Fitzroy took the points as Em Coppock converted at the second time of asking to snatch a 1-0 win via the penalty shootout and return to the top fo the table. 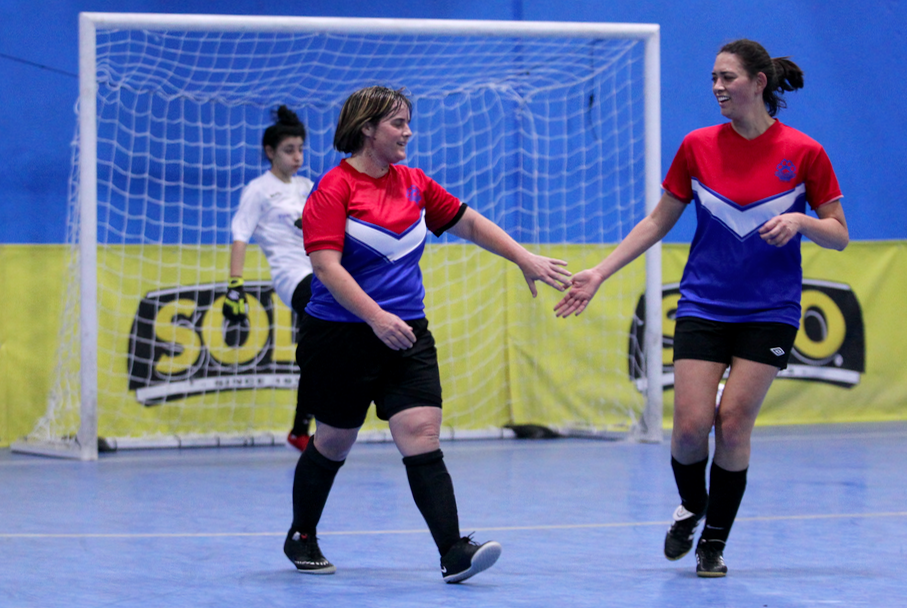 PRES – J.Lasarevski, A.Sherifi & M.Suratie
MELB – B.Lee 5, W.Kwan 2 & A.Chami
Melbourne Amazons have climbed off the bottom of the table with a convincing win over Preston. The Amazons began the game in full flight and opened the scoring through goal machine Bianca Lee. The lead was soon doubled when Wai Kwan tapped home at the back post to double the advantage. Lee & Kwan would both hit the scoresheet again in the half as they raced out to a 4-0 half time lead.
It was more of the same in the second half for the Amazons as they continued to pile on the goals, Bianca Lee finishing with a game high five goals while Amie Chami also hit the scoresheet. To give the Amazons a huge victory, Preston pulled back three goals throughout the half but they proved mere consolations as Amazons recorded a massive victory.
Player of the game – Bianca Lee (Melbourne Amazons FC) 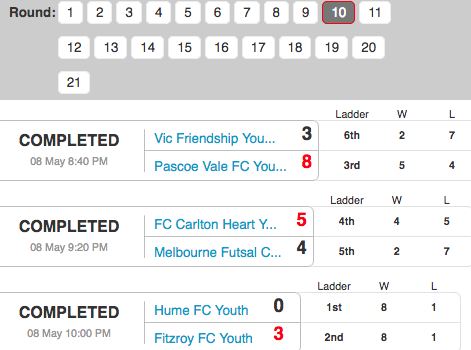 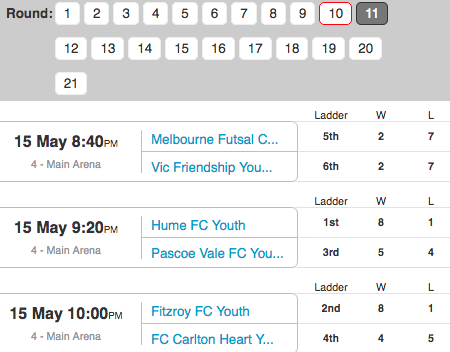