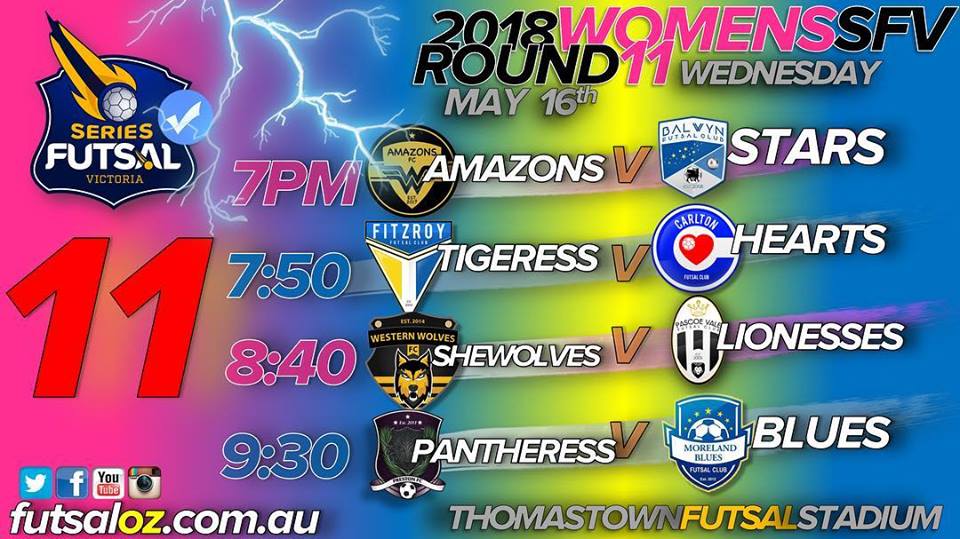 The first game of round eleven saw Amazons coming off a good victory last week they would be looking to make it two on the trot as they faced an up and coming Balwyn outfit. It was the Amazons who opened the scoring as Ashleigh Kelly hit a shot from range low to give the Amazons the lead. That lead was short lived as some nice play from the Stars saw Alice Osornpraprasoph pull her side level as she finished from around ten meters. Soon after Balwyn would regain the league through an absolute peach from Rachel West giving her side a slender half time lead.

Amazons came out of the blocks on a high in the second half and drew level with Bianca Lee continuing her scoring form making it 2-2. A well worked set piece from the Amazons saw Kelly finish to give them the lead, before an acrobatic effort from Kelly completed her hat trick and opened up a two goal advantage. Wai Kwan then picked out the top corner to give her side a 5-2 lead and all but sured up the result. Bianca Lee added her second of the contest to make it 6-2, before Amie Chami got her first of the game to round out a convincing six goal second half to none giving Amazons their second win on the trot.

Next up was definitely the game of the night as it was one vs two with both sides on level points the winner would go clear top of the table after this one. It was a very tight and defensive first half as both sides had a few golden chances but could not put them away including a penalty shout for Carlton late in the half which was waved away as we went into the half time break locked at 0-0.

As the second half wore on it became more and more a case of Fitzroy attacking and Carlton defending for their lives. The Tigers forced a few very good saves out of Sam Dowling while having a few very dangerous counter attacks throughout the half, but still the game remained goal-less. With the scores still locked at zero and the game heading for penalties, Fitzroy would find a winner as Em Coppock’s long range effort took a deflection and found its way into the net as Fitzroy took all three points in normal time to go three points clear at the top of the table, while for Carlton despite the disappointment they can take plenty of positives from the game and will feel that a title may not be too far away for them in the near future.

Next up saw Western Wolves looking to continue their good form and close the gap on their top four rivals Pascoe Vale. It was a cagey opening to the contest, but The Lions got off to the better start as the found the opening two goals through Liesl Woods and Abbey Flight to give them a solid 2-0 lead going into the half time break.
Pascoe only grew stronger in the second half as they began to pick apart the Wolves defence, Flight getting her second of the contest, before Letizia Sammut got her name on the scoresheet and had Pascoe leading 4-0. Woods then hit the goal of the game as she picked out the top corner from range, and off balance to ensure Pascoe would be taking home the three points, before Sammut got her second of the game to round off a complete performance from The Lions which keeps them in touch at the top of the table.

The final game of the evening pitted Preston who were looking to find some form against a Moreland side who needed the points to keep their slim title chances alive. It was the Blues who got the opener through prolific scorer Rebecca Saber to kick start their campaign, before first game Shanel Camilleri found the net from distance to double the Moreland advantage. Saber then added a further two goals to her tally to take Moreland into half time leading 4-0.

Early in the second half Moreland broke away from their opponents as Camilleri grabbed a further two goals to complete her hat trick while Saber grabbed another to make it four for the game. Saber then added another two to her tally to complete a double hat trick and make it 9-0 before Tayla Mure struck to seal an emphatic win for Moreland as they close in on second place.