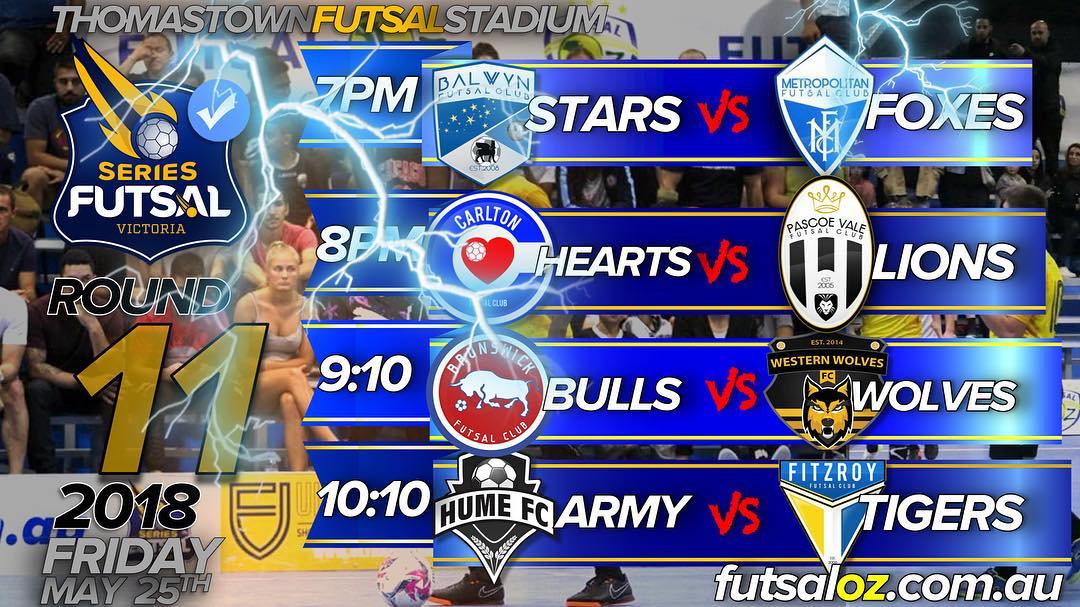 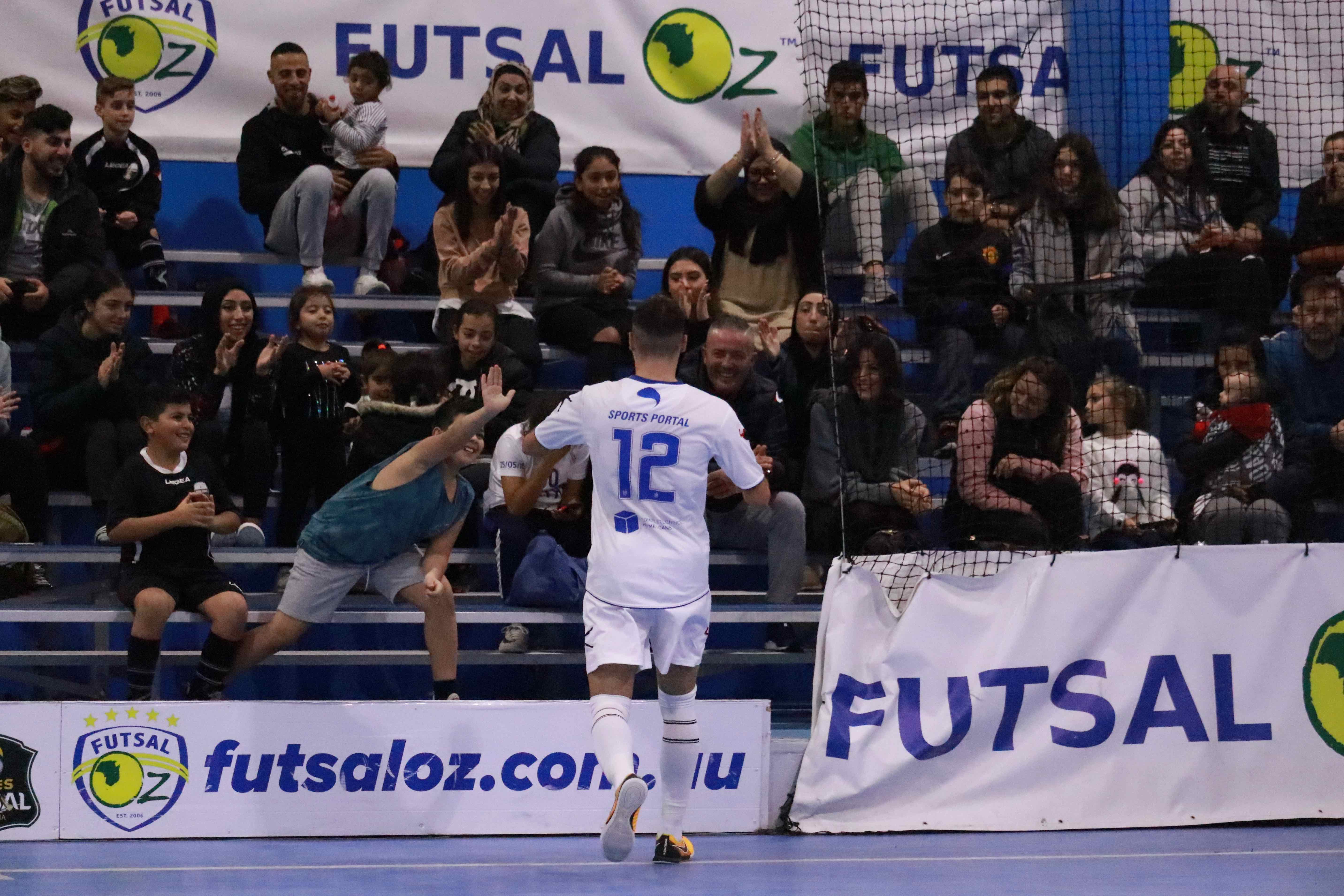 Metropolitan have come from behind to beat Balwyn and claim their first win of the season, moving above their opponents and off the bottom of the table in the process.

Balwyn Stars got off to a great start, scoring the first two goals of the game through Carlos Matti and Bryce Ruthven.

However, Metro managed to claw their way back into the game, scoring two quick-fire goals to equalise, then net another two to turn the game on its head by the half-time break.

Metro continued to punish Balwyn in the second half, who made a number of basic defensive errors, with the Foxes staving off two comeback scares to ultimately run out 9-4 victors. 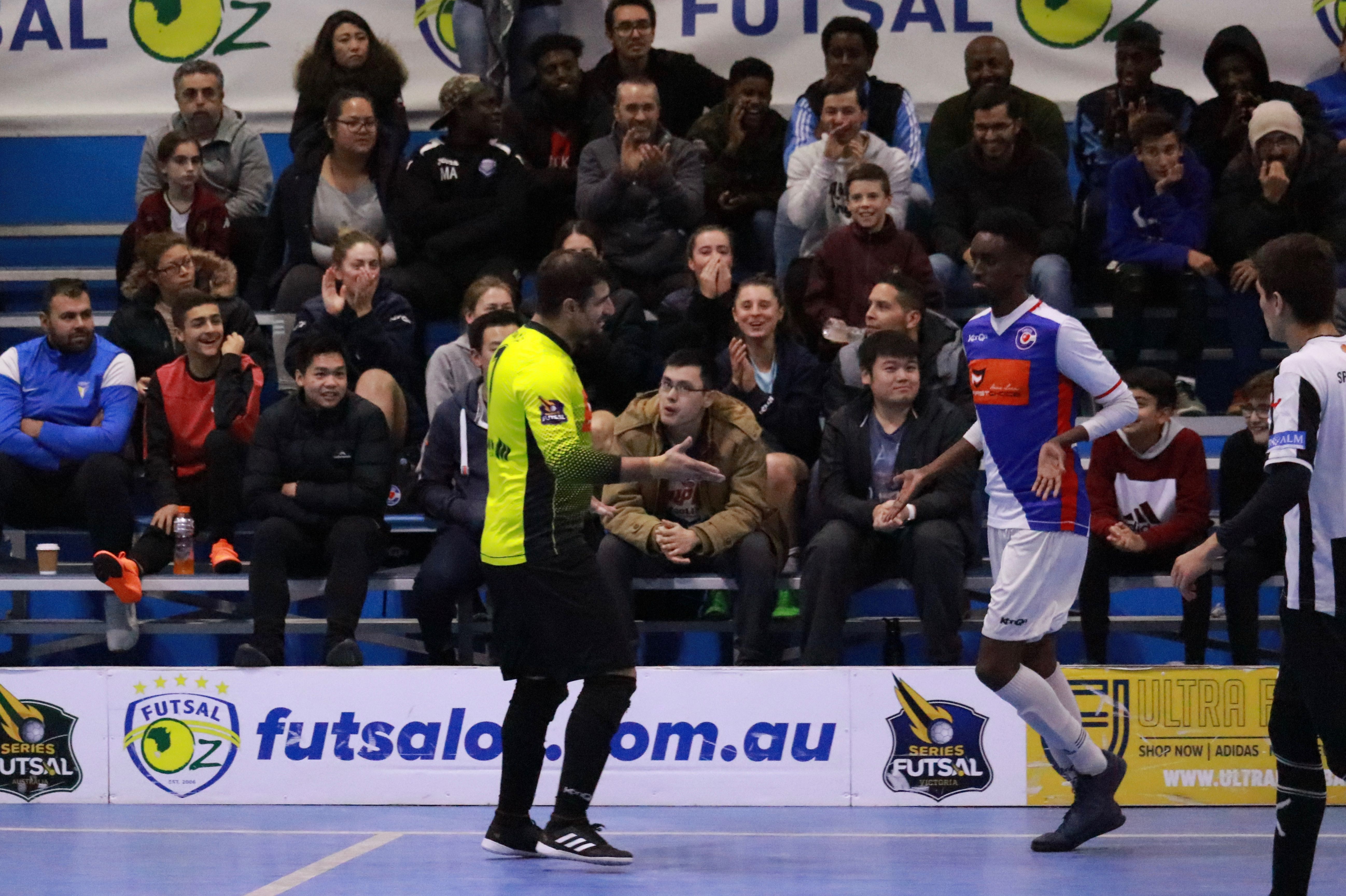 FC Carlton Heart have swept past Pascoe Vale, opening up a six point gap at the top of the table.

Abdirahman Ahmed helped the Heart get off to a dream start with a double in the opening stages of the game, before his brother Abdirazak Ahmed made it 3-0 inside the opening ten minutes.

The Heart took that lead into the half-time break, and built on it in the second half with goals from Arturo Diaz and Ernie Simsek.

Pascoe Vale went into the game knowing that a victory would put them on top of the league, but the Lions failed to display any of the traits that put them in that position, capitulating under the Carlton press.

Arturo Diaz piled on the misery for the ten-time Victorian champions, completing his hat-trick with two late goals, and sealing a convincing win for the Heart. 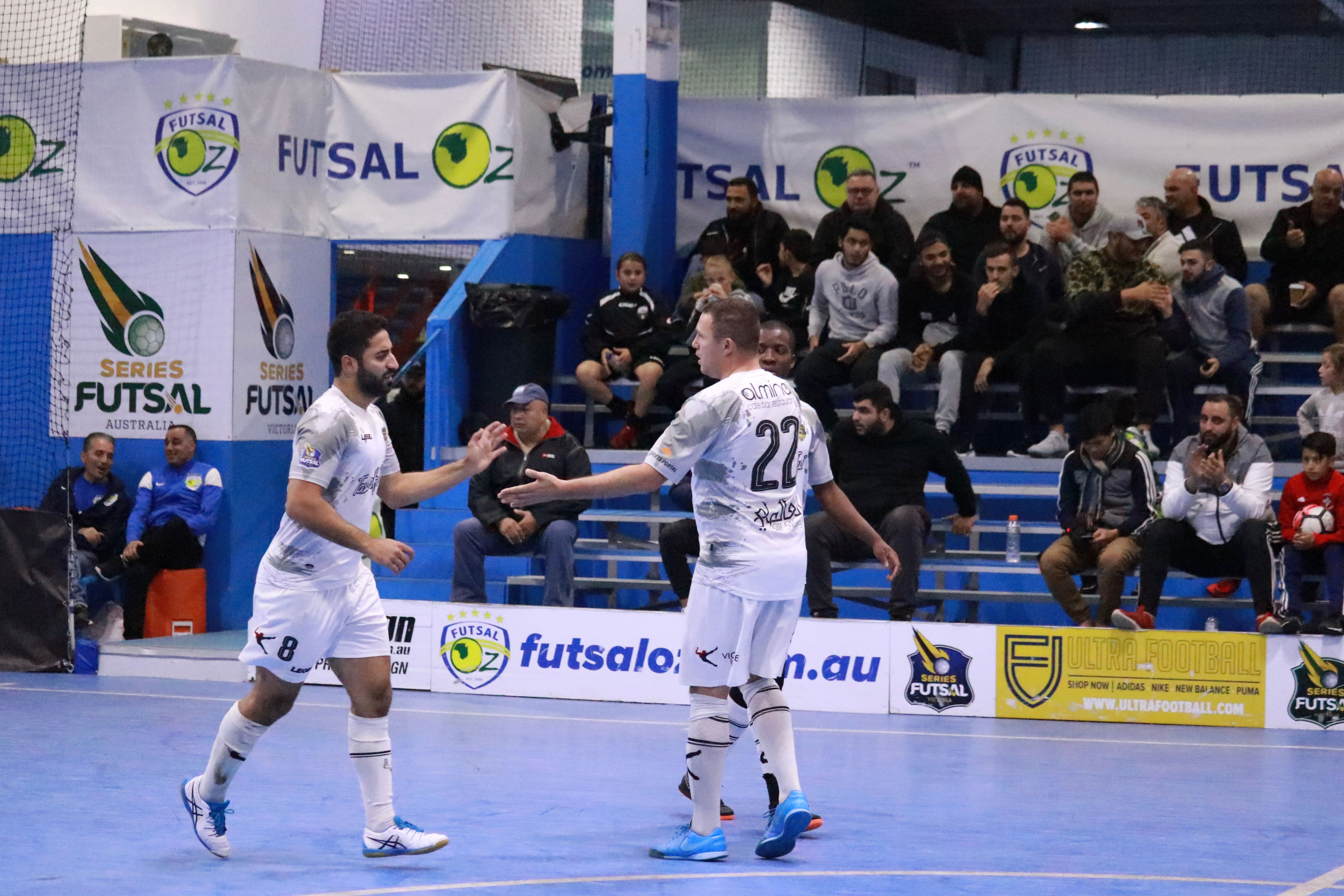 A man of the match performance from Ahmed Azzam has helped the Western Wolves to victory against third placed Brunswick.

Azzam scored the opening goal of the game, before Andrea Zaccone equalised for Brunswick to ensure the teams went into the half-time break deadlocked at one-all.

Azzam doubled his tally midway through the second half as the Wolves regained the lead, and the score remained unchanged until the final three minutes of the match, when Brunswick deployed the fifth-man tactic.

The Bulls’ attempt to get back into the game was unsuccessful, with the Wolves hitting them on the counter-attack and Azzam completing his hat-trick to seal the three points. 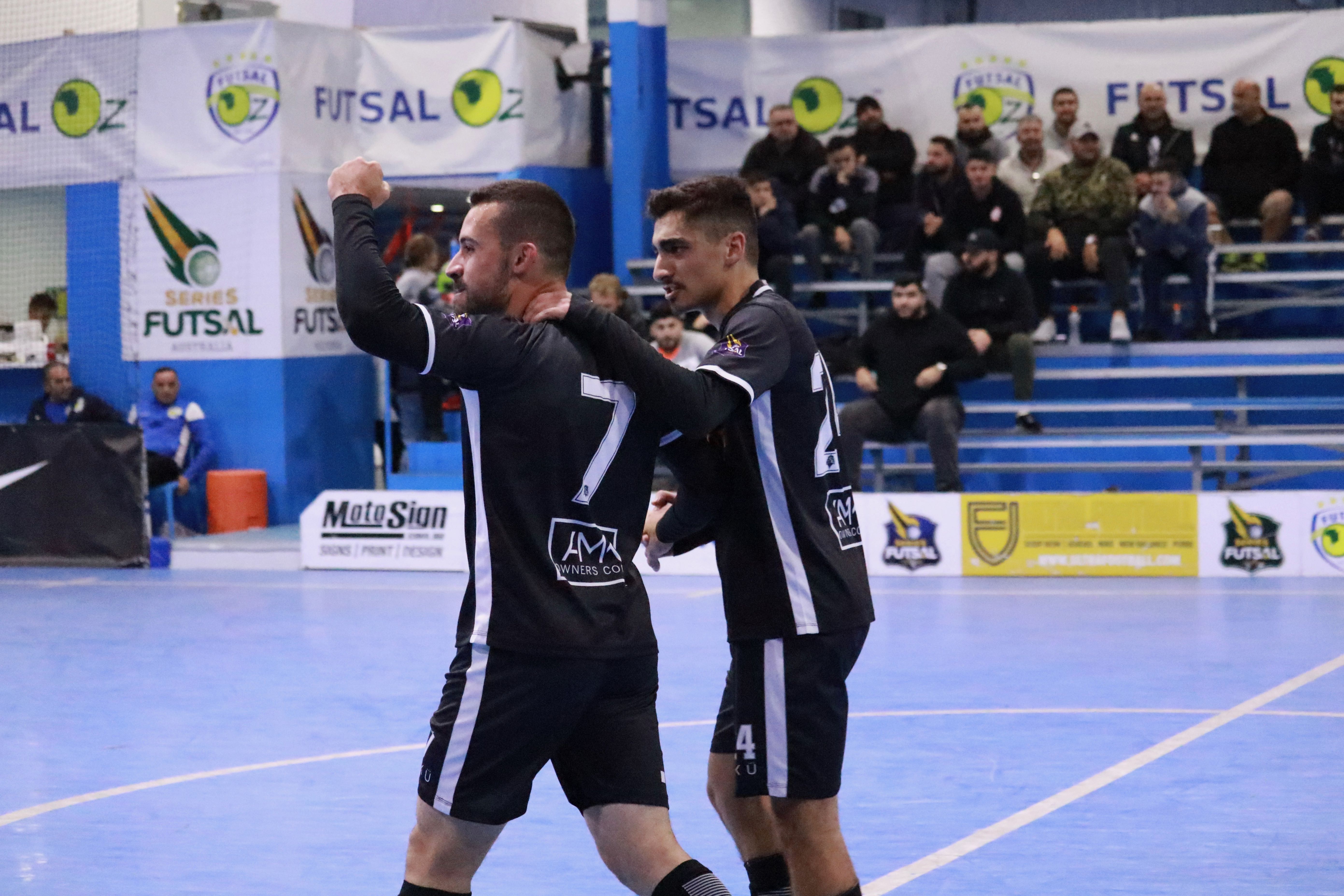 A strong first half from Hume has helped them hold on for a win against a resurgent Fitzroy.

The Black Army stormed out to a 3-0 lead by the half-time break, courtesy of goals from Ubeyde Cicek, Mario Petrovic and Muhammed Temel.

Hume extended their lead to four when Petrovic doubled his tally, but a resilient Fitzroy buoyed by the signing of Ben Monteleone showed signs of life with two goals from Elias Parthimos and Llewellyn Stone.

With just over two minutes to play, Fitzroy deployed the fifth-man tactic to good effect, as Stone scored a cracking goal from long range into the top left corner.

But it proved to be nothing more than a consolation, as Hume held on for a crucial victory that sees them move into the top three. 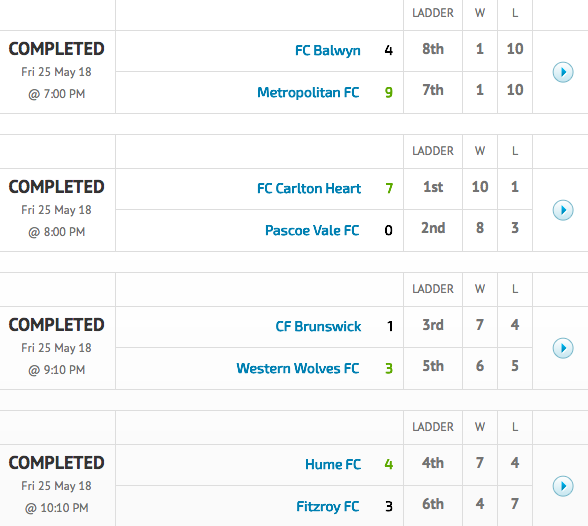 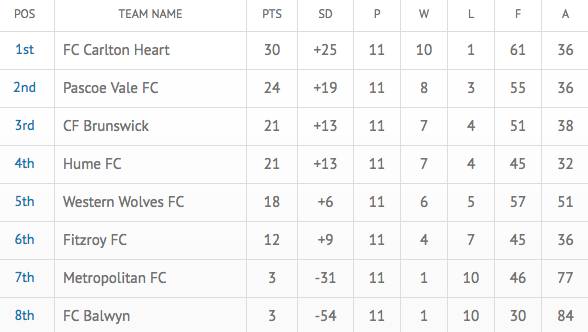 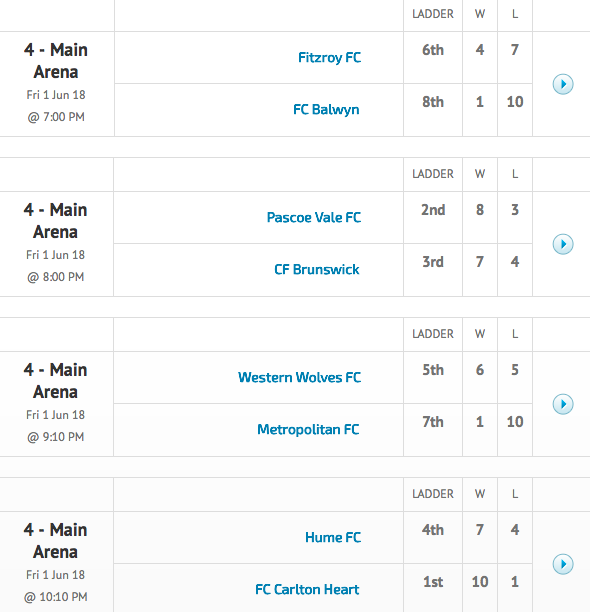