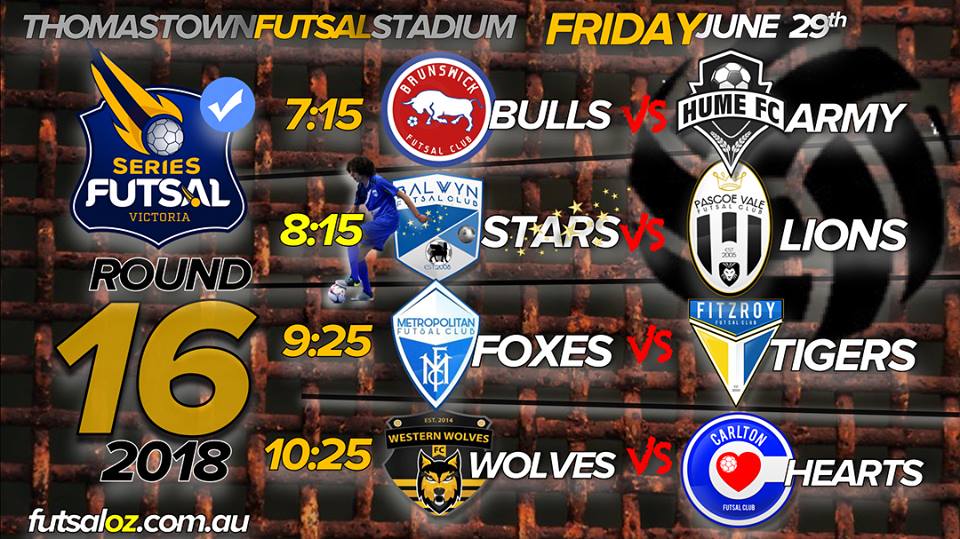 Hume started out early with some quick shots on goal but weren’t about to capitalise and find the back of the net. With the first goal being scored by Brunswick at the 11th minute mark of the first half. A very tight game. With both teams and coaches getting fired up by certain calls and plays.

With nine minutes remaining a big collision sees a Hume player down and carried off with a stretcher with a bad injury to his knee. Plays resumes and Hume get a yellow card for an illegal block. Communication amongst players was key and both teams had their moments when they weren’t happy. Even coaches were getting loud and arguing with the referees.

With three minutes remaining multiple shots were made on goal for both teams just struggled to get past the keeper. Both keepers felt the heat and blocked the ball well.  With two minutes remaining and on the counter attack Brunswick get their second goal. Giving them a two-nil lead at half time.

Second half under way and Hume get a much-needed goal kicked from half way, three minutes in. Two minutes later Hume again able to press up into their forward half and score again. That goal got everyone fired up all players and coaches happy with that effort.

The game intensifies in the second half with both teams trying to find the back of the net. Brunswick really struggling, and they feel the pressure as they let a 2-nil lead form half time slip. A controversial hand ball giving Brunswick a free kick. Hume coach not happy asking for a definition of handball was convinced it wasn’t. With 12 minutes remaining scores level at 2 all.

Brunswick found themselves in a three on one situation, and Hume were able to convert giving them a goal lead with nine minutes remaining. Three minutes later and not giving up Brunswick on the counter running up the middle of the court able to get a goal to level out the game. With 1 minute 16 seconds on the clock Brunswick able to find the back of the net. 20 seconds later again were able to find the winning goal.

Man of the match – A Apostolakis (Brunswick)

The international superstar come out with a point to prove. The crowd getting behind him and cheering him on every time he had the ball. Pascoe Vale were able to get the ball off the superstar and scored a goal. Then turning to the crowd and telling them to be quiet in which the crowd responded with boo’s.

Nabil Akaazanoun continued to get the ball and have shots on goal that narrowly missed. With 12 minutes remaining and already having received 3 yellow cards Pascoe vale continue to put the pressure on Balwyn. Time out called both coaches getting vocal with their players.

Play resumes and Balwyn press forward and continue to put pressure on Pascoe Vale keeper. Ball goes out of play Pascoe vales ball, passes on then a shot on goal and is reward for their effort.

A minute later Nabil has the ball with the crowd cheering him on he tries to do some foot candy with the ball and loses it. The ball gets turns over and Pascoe vale go on to score. With three minutes remaining Pascoe vale trying to not give away any more fouls being on 5, press forward and score again. Goals coming from everywhere for Pascoe vale with 40 seconds to go were able to score again. Giving them a 5-nil lead at half time.

Second half starts and both teams continue to switch the ball over. With shots had on goal from everywhere for both teams, putting pressure on the keepers. A penalty given to Balwyn sending the crowd wild.

Pascoe Vale coach not happy and letting his frustrations boil over. Nabil takes the penalty and scores for Balwyn. Play starts again and Pascoe vale score within seconds to silence the crowd.

Balwyn able to score with nine minutes remaining. But Pascoe vale continue to score straight after a Balwyn goal. The crowd really loving and getting behind Balwyn every time they go forward. On the counter Balwyn from the back post able to score. 10 seconds later Balwyn on the run again score. Bringing the margin back to 3 goals.

With under five minutes remaining Balwyn really putting the heat on the Pascoe vale keeper. Narrowly missing out on goals. With one-minute remaining Pascoe Vale go forward and score. Balwyn able to peg one back with 40 seconds remaining.

The crowd on their feet and cheer Nabil for a great performance. But for him and for his team it was too little too late.

Fitzroy starts fast and got an early goal three minutes into the first half. Metro players left confused how they let it slip. Two minutes later Fitzroy able to score again form the side line.

Metro needed to reply and were able to get a quick goal on the counter attack. Metro coach getting loud and vocal asking his players for more. Even started to question the referee’s calls. Metro able to get a goal after Fitzroy defensive error. With nine minutes remaining time out called and Metro coach and players have a heated discussion before returning to play.

A controversial set play, Fitzroy awarded a penalty shot right in front of goal. All metro players stand in a line, shots taken and blocked. Metro defensive under pressure and cracks start to show. Coach not happy with the decisions and players need to lift. At half time 2-5 Fitzroy in the lead.

Six minutes into the second half and Fitzroy able to convert. The Referee’s continued to make some controversial calls. Yellow cards given out to a few of the players. Half way through the second Fitzroy again about to score. Bizarrely shortly after referee gave a substitute metro player a yellow card. Who then run off the field and left the court.

With 13 minutes left Fitzroy score yet again making it harder and harder for Metro to come back and win. Fitzroy chip it around until they are able to find a player in some space and have a shot on goal.

Late into the second half both keepers start to feel the heat with some shots on goal. Fitzroy keeper blocking a lot of good shots on goal. Metro keeper sadly struggling. With three minutes remaining Fitzroy found themselves nine goals up. Penalty awarded to metro able to score, it is far too hard to come back from here with two minutes remaining.

Three minutes into the first half and the Western wolves get their first score on the board and score. Five minutes later a collision with the goal keeper saw the keeper for Carlton red carded. Making them one player short. Western wolves continue to apply the pressure having the extra player they needed to score and they did.

With ten minutes remaining wolves on the counter attack score yet again to go 3-nil up. A big play seeing Carlton almost scoring. But some brilliant blocking form the wolves goal keeper. Carlton defensive game start to play way making it harder for the wolves to go through. Right on half time Carlton have a shot on goal but miss. Carlton struggle to convert shots into goals.

5 minutes into the second half and Carlton Heart thanks to some silk foot skills were able to score a much needed goal. With that one goal under their belt Carlton continue to attack and fire shots from anywhere. Testing the Western Wolves keeper. But that momentum doesn’t last long with Western wolves again on the run score.

With ten minutes remaining the game starts to intensify. With both teams putting the heat on the keeper. However, the wolves were the only one’s that were able to keep the scoreboard turning over. Scoring other goal on the run.

Elvis Kamsoba scores another goal with seven minutes remaining for the wolves and even had a nice front flip to go with it. With five minutes remaining Western wolves received a yellow card which then got turned into a red card. The referee making the player leave the court. Giving Carlton the penalty and they convert to get their second goal.

Western wolves respond to that error with a quick goal. With three minutes remaining the wolves found themselves 5 goals in front. Elvis again scores a goal with one minute remaining. 20 seconds later score again. The game ends with two players received red cards and were sent off. A very tight contest with the wolves really the only team to score.

Man of the match – Elvis Kamsoba