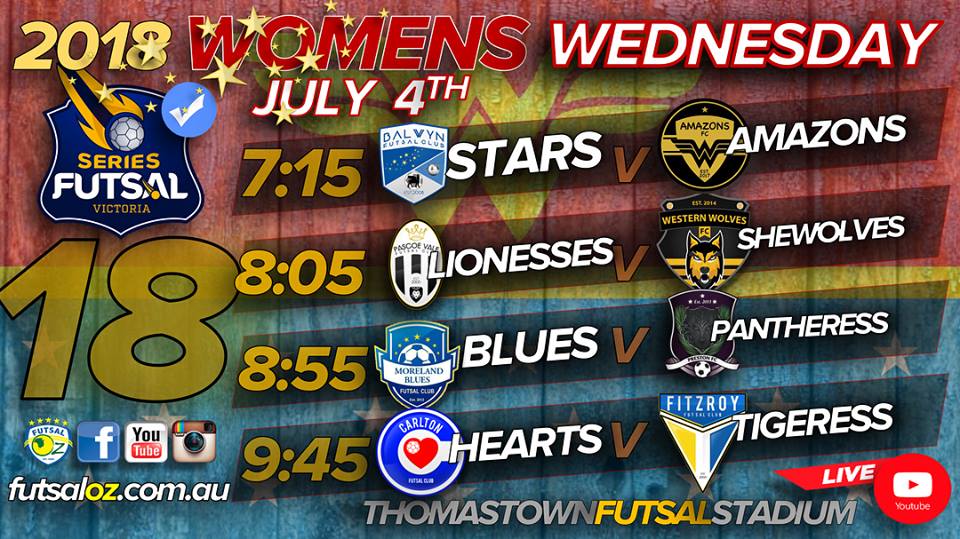 What a great start Balwyn had in this match. Scoring two goals in the first three minutes of the game. Getting that early lead at the start of the match putting them in a good spot going deeper into this match.

Five minutes in Balwyn able to score yet again. Putting the pressure on Amazon early in the first half. Amazons take a time out with 13 minutes remaining. Giving them a breather as they have no substitutes to swap with. Balywn with four extra subs on the bench definitely giving them a slight advantage in the game.

From half way Amazon were able to find space and had a shot on goal which found the back of the net. Balwyn needed a quick response and did exactly that Sarah Chamma from Balwyn scoring her third goal.

Amazon continued to push Balwyn’s defence and having shots from everywhere. Eventually one from half way on the left side were able to get one in the back of the net.

At half time Balwyn found themselves up 4-2 against Amazons.

Both teams wanted to get the first goal in the second half to build some momentum. Both teams had their chances in front of goal just couldn’t capitalise and find the back of the net.

Pressure and intensity around the ball increased in the second half. It was just that last shot on goal that both teams seemed to miss.

Finally with under a minute remaining Amazon were about to get two quick goals to level out the game. Brining the game to penalties.

Penalties go to 5-4 Balwyn getting the win. With Jen Semean scoring the winning penalty to win.

A very fluorescent orange western wolves team come out to play. But it was Pascoe Vale to get the opening goal 2 minutes into the first half. Having multiple shots on goal Wolves keeper kept busy in the first opening minutes.

On the counter attack Western wolves were able to get the scoreboard ticking over.  Minutes later they were able to find the back of the net, giving them a one goal lead with 13 minutes left in the first half.

With six minutes remaining Pascoe Vale able to beg another goal in the back of the net. Brining the scores level. 30 seconds later they were again able to score. Giving them a one goal lead at half time.

Second half under way and Pascoe Vale able to get the first goal in the second. Wolves call a timeout with nine minutes remaining. Coach asking for more and explaining what needs to happen in the remaining half.

Free kick awarded to Pascoe Vale were able to convert to extend their lead out to three goals. Wolves keeper under pressure, did some incredible saves but Pascoe Vale still found a way passed.

With under 2 minutes remaining Pascoe Vale were able to extend their lead to 5 goals.

Player of the match: Leisl Woods

A really intense game with majority of the first half played in Preston’s defensive end. Moreland really putting the pressure on Prestons defensive structure. Preston take a timeout to re-group.

Game resumes and Moreland able to get a quick goal. With Preston yet to score, Moreland continue to put pressure on Preston’s keeper. Moreland find themselves 3-nil up at half time.

Second half under way, and Moreland found themselves 3 on 2 right in front of goal, a perfect opportunity to score and they let it slip. Eight minutes into the second half and Moreland were able to score again extending their lead.

The second half played in the same half as the first, in Preston’s Defensive end. Prestons defence were struggling to get it passed the half way line.

Half way through the second and Moreland were able to score again. Moreland Awarded a penalty kick given for a handball call. Daniella Galluccio Getting her third goal for the match.

Preston on the counter attack have a shot and miss. First shot for them in the second half. With 20 seconds remaining Moreland still put the pressure on Preston’s keeper.

Player of the match: Daniella Galluccio

Fitzroy able to get the first score on the board four minutes into the first half. Fitzroy really put the pressure on Carlton’s defensive structure early in this first half.

Carlton forward half pressure continues to improve as the game went on. Both keepers were kept busy with multiple shots on goal with some brilliant saves.

A really tight game with both teams applying the pressure and turning the ball over. Carlton go into half time scoreless.

second half under way both teams look to improve and score. Fitzroy giving a free kick and with multiple shots and counter shot by Fitzroy they weren’t able to find the back of the net. With Carlton keeper doing some incredible saves.

Fitzroy able to get their second goal with 12 minutes remaining in the game. With Carlton still yet to score.

Carlton were award a free kick for a handball in front of goal but missed. Fitzroy with a quick reply from half way were able to get another goal extending their lead. With seven minutes remaining Fitzroy able to score again.  The second half becoming a scoring frenzy for Fitzroy scoring their fifth goal with five minutes remaining. With 40 seconds remaining Fitzroy get their sixth goal.

Fitzroy were able to score five goals in that second half. Which extended their lead making it harder and harder for Carlton to come back from. Carlton were kept scoreless.

Player of the match: Chloe Drinoczky