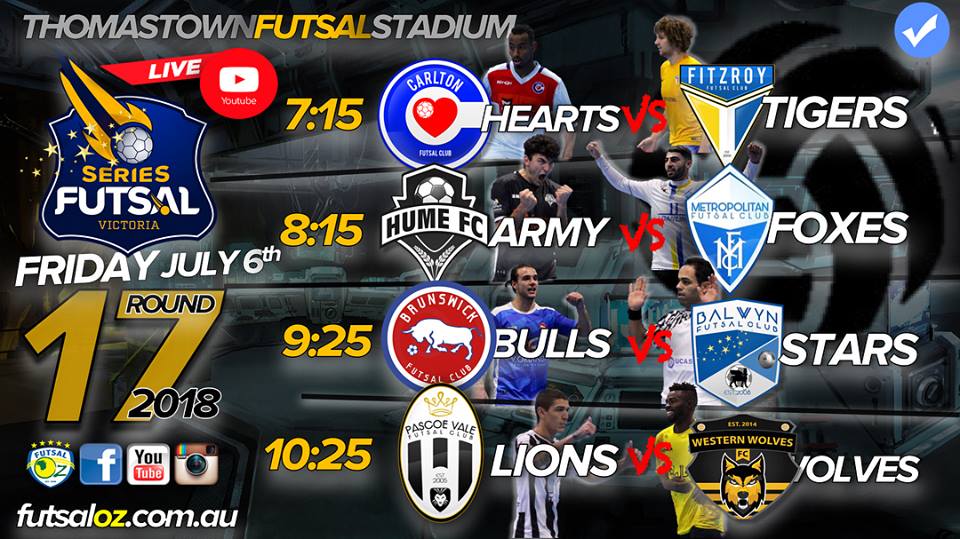 First take on fourth and what a tight game this was. It started with a very tight contest in the first half. With a lot of shots on goal for both teams. Fitzroy counter attack was good but struggled to find the back of the net. Fitzroy are the informed team coming into this game. Carlton really putting it up to them and playing very well.

Fitzroy were able to get the first goal with two minutes remaining in the first half. Giving them a one-nil lead going into half time. At half time both teams reground and discuss what they have to do going forward in the second half. Positive signs for both teams in that half.

Second half starts up again and both teams work hard to find open space to shoot. Fitzroy needed to get a quick goal to level out the scores. However it was Carlton who got the first goal in the second half four minutes into the second half. A brilliant flick from behind see the crowd and players get up on their feet excited to see a brilliant goal.

With the pressure on Fitzroy starting to build they push up forward to try create scoring opportunity but some good blocking my Carlton keeper sees them still scoreless. With ten minutes remaining in the second half Carlton again able to score. Making it hard for Fitzroy to come back and win.

Fitzroy get a late goal in the second half with four minutes to go but it was too little too late. Carltons pressure and far to good.

Play resumes and with under a minute remaining Hume get two quick goals to give them a 3-nil lead at half time. Metropolitan players and coach start to get fired up and asking each other to lift in the second half.

Second half starts again and Hume get 2 quick goals to push out their lead. Metro players start to let their frustration show. But not giving up they were able to score from half way and score.

Hume didn’t let it phase them, continuing on with their attacking game style. They continued to pile the goals on. 12 minutes to go metro went on to score again. The game started to fade away for metro.

Metro keeper was angry and frustrated with his teams performance and let his frustration show screaming at his team mates to not give up and to keep going. They just couldn’t get a reward for their effort in front of goal. With nine minutes remaining Hume found themselves in front by seven goals

With under minute remaining Hume seal the end of the game with their 10th goal.

Both teams wanting a win to boost their confidence going forward. Brunswick speed and attacking game style helping them create a lot fo shots on goal. Struggled to find the back of the net in the first half. Balwyn’s defence really holding up well and continue to put pressure on Brunswick. Both keepers kept busy and both playing well in the first half with no goals scored.

A lot of missed opportunities and great saves making it a very tight contest between the two teams.  Free kick given to Balwyn in front of goal and kick it over the cross bar and missing the goal. Letting their scoring opportunity slip. Nil all at half time sets itself for an exciting second half.

Finally the first goal of the game comes 6 minutes into the second half. Balwyn get the first goal. Definitely signs of improvement at Balwyn. Brunswick’s defence was doing very well but Balwyn were able to find the gap and scored. Brunswick needed to reply and they did scoring a minute later to level out the scores again 1 all.

With eight minutes remaining Balwyn break the dead lock and score again. Balwyn really pressing up the court and having shots on goal. Brunswick’s coaches frustration starts to show. Screaming from the side line and arguing with referee and players.

Brunswick trying to go to penalties to find the goal to level out the game. But on the counter with under a minute find the sealer and score their third goal. A great win and improvement form Balwyn.

Man of the match: Behrad Behzadpour

Western Wolves were able to get the only goal in the first half. Coming 10 minutes in a good reward for effort. Very controlled and putting the pressure on the Pascoe vale keeper. Both teams defensive structures held up well through out the first half.

Only the one goal scored, making it a very tight contest and both teams working hard to try and find the opportunities when attacking.

With 16 minutes on the clock Western wolves increase their lead and score another. Elvis starring with both the wolves goal. In some good form by him. Pascoe Vale still yet to score. The wolves make it harder and harder for Pascoe Vale to score as the game goes on.

Elvis Again scoring a hat trick. Time out to the Wolves giving them a time to take in Elvis brilliance and a breather. Pascoe Vale’s coach not happy and getting very deep and personal with his team asking for more and to dig deep.

Western wolves go down to 4 men as one was given a red card and had to leave the game. Pascoe Vale with the advantage and finally are able to score, with six minuted remaining in the second half. But the wolves via Elvis scored again. Pascoe Vale just cant seem to shut him down, he’s finds time and space shots and scores.

Pascoe Vale try to find some hope and belief amongst the group and go on to score their second goal. Brining the margin back to 2 goals difference in favour of Western wolves. With 20 seconds remaining Wolves keeper blocks the ball with Pascoe Vale using their keeper up the court, he kicks it like a footy and goes in for a goal. The crowd goes crazy. a great way to end a great match.

Man of the match: Elvis kamsoba