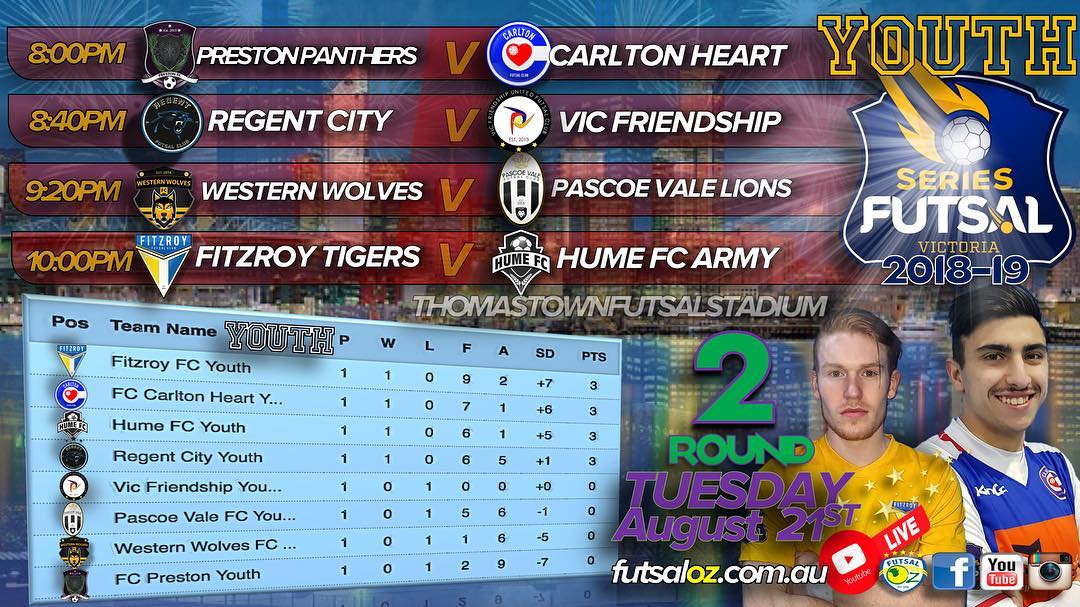 Carlton Heart have shaken off a determined Preston side, after going into the half time break locked at 2-2, Carlton stepped it up a gear in the second half and added four unanswered goals, before conceding late on to eventually run out 6-3 victors.

After a tight first half Regent City gained control of the game and over-ran Vic Friendship to make it two wins from two in their first Youth league campaign.

The Wolves hung in the contest for as long they could but failed to convert chances and in the end were overcome by a disciplined Pascoe Vale side.

In a clash of the two top sides from last season, Fitzroy put in a strong second half display to defeat the defending Champions Hume in another action filled affair.