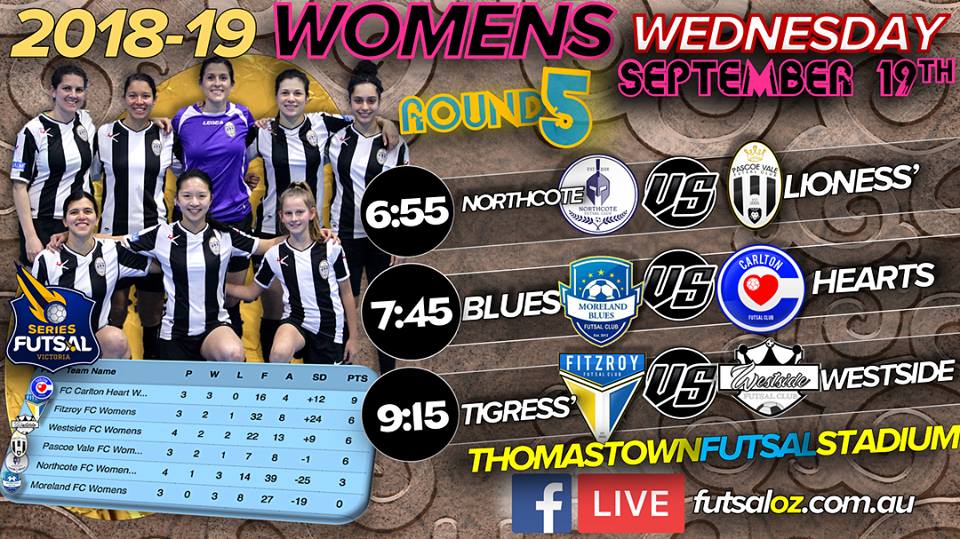 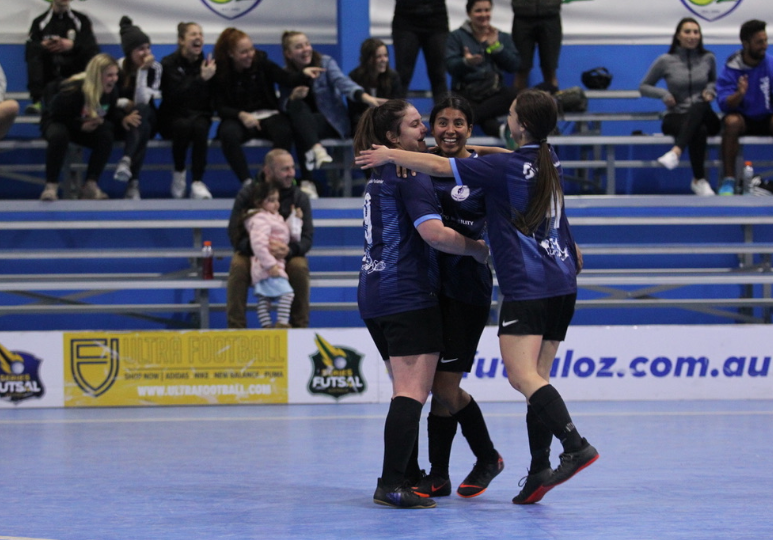 A very tight first half between Northcote and Pascoe Vale. With neither team able to find the score board until late in the first half. Both teams had their chances but struggled to convert. Both keepers were kept busy and on their toes and shots were taken from anywhere.

Silly turnovers cost both teams when going forward, making it harder to control the ball when going forward. Northcote able to find their first goal for the game to give them a one goal lead going into half time. 1 – 0 in favour of Northcote.

With one minute remaining and the game on the line Northcote able to find the wining goal. Seeing Camilla Fresneda end the game with a hat trick. 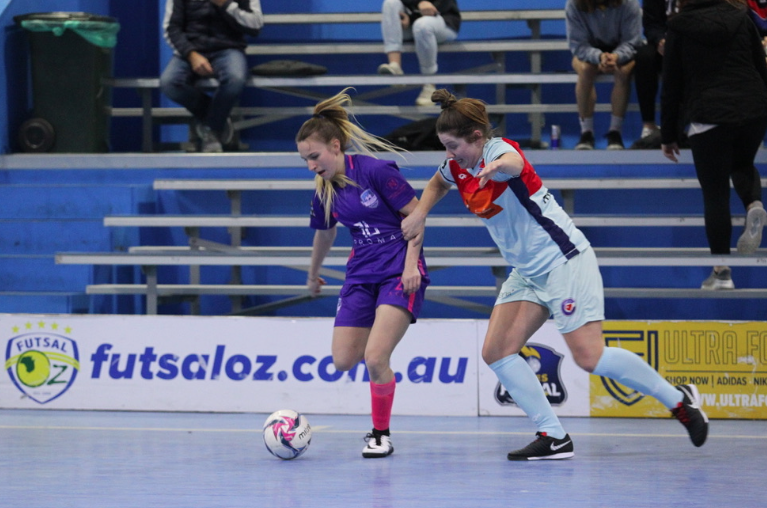 A very exciting first half of futsal between Moreland and Carlton. Last time these two meet was in series Futsal Australia Final where Moreland came out victories. Carlton looking for some revenge to get the win. Carlton come out swinging and able to score the first goal of the game to give them the lead.

With ten minutes remaining they go on to score their second goal to extend their lead. Moreland not going away able to not only level out the game but score three goals within eight minutes of play to give them a one goal lead at half time. Emma Hubbard in hot form in the first half for Moreland and for Carlton Jess Byrne putting together a great first half.

Second half under way and Moreland continue to extend their lead. Putting the pressure on Carlton to control the ball have shots on goal and find the back of the net while trying to defend Moreland’s counter attack.

Both keepers were kept busy making it a very fast pace and exciting game to watch. Moreland going on to score another three goals in the half while Carlton could only find two goals in the second half going down by 2 goals. 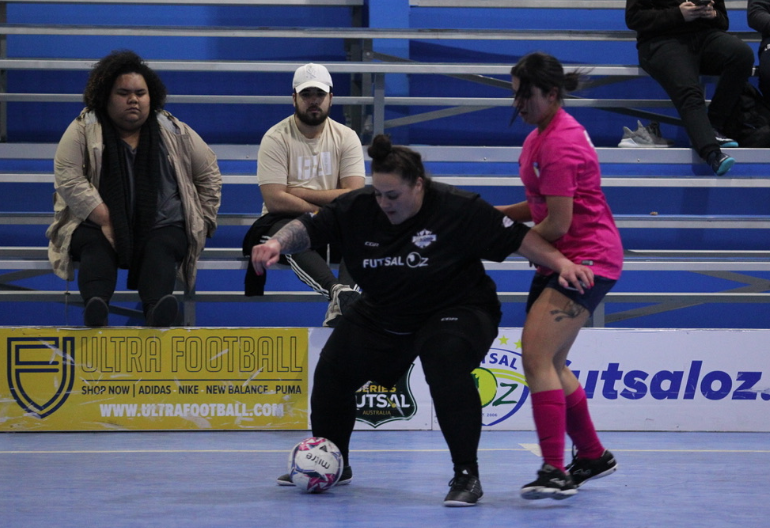 Westside putting it up to last seasons champions. Scoring three goals in the opening 10 minutes of the first half. West side continuing to push forward and intercept where possible. They seem to bee reading the play better than Fitzroy early on.

Fitzroy struggling to find the answers and leaking space and time in their defensive half. West side continuously having shots and putting the pressure on the Fitzroy keeper. A few heated words between players with seconds remaining in the game when some push came to shove just trying to win the ball they say.

At half time Westside up 3 nil.

With eight scored in the second half between both teams. It was a thrilling encounter to watch. Between players continually fouling and falling on the floor to goals scored form all angles. Fitzroy had no answers for Westside’s scoring ability. Fitzroy were able to score in the second half but couldn’t keep up with Westside’s pressure.

Both keeper were kept busy but the physical game between both teams were dominate and felt from all involved. In the end Fitzroy were no match for West side loosing by five goals.