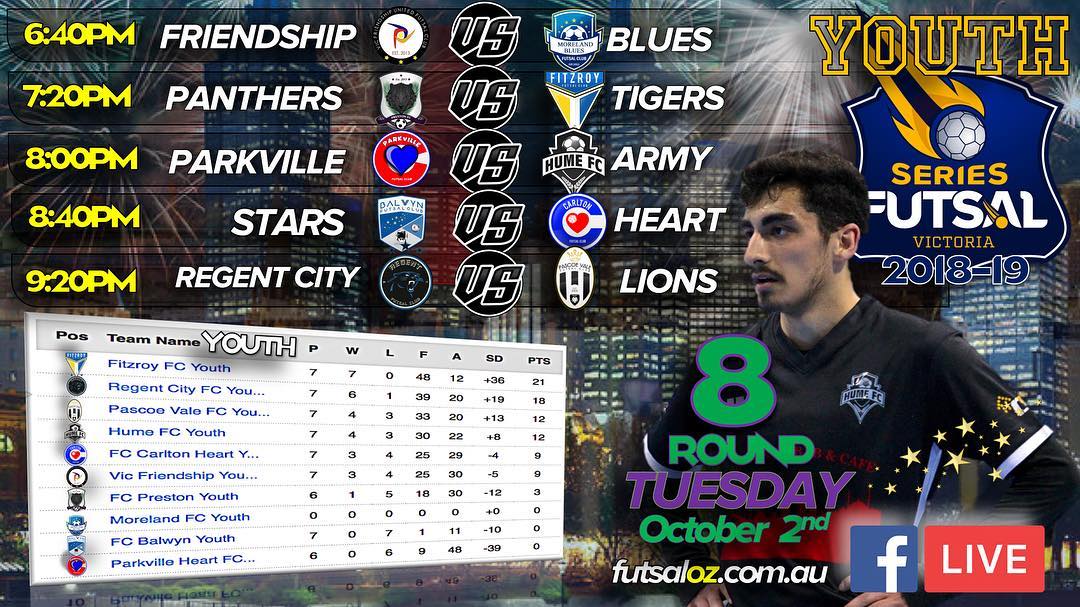 Moreland made a winning start to life back in the Youth league as they controlled the game from star to finish, taking the points over Vic Friendship.

Fitzroy put in a strong second half display to cruise to victory against Preston as they remain on top of the table and undefeated.

Hume built a slender 2-0 lead going into the half time break, adding a further four second half goals to cruise to victory over bottom of the table Parkville Heart.

Carlton Heart have overcome a tight first half to run away with it against a Balwyn side who took it right up to them for at least half the contest.

Regent City shook off a very good Pascoe Vale side in what was the clash of the evening, Shifa Ahmed continuing his fine form bagging three goals to guide his side to an important win.