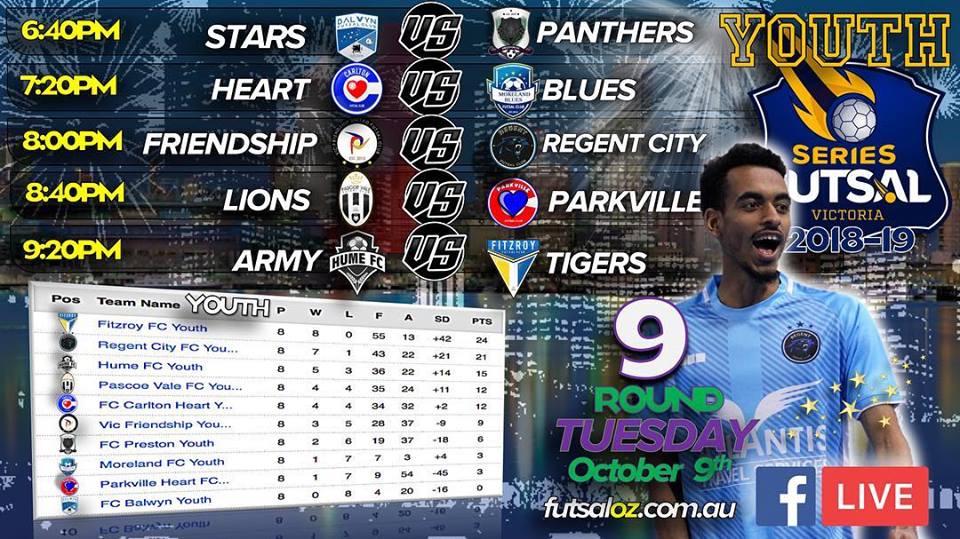 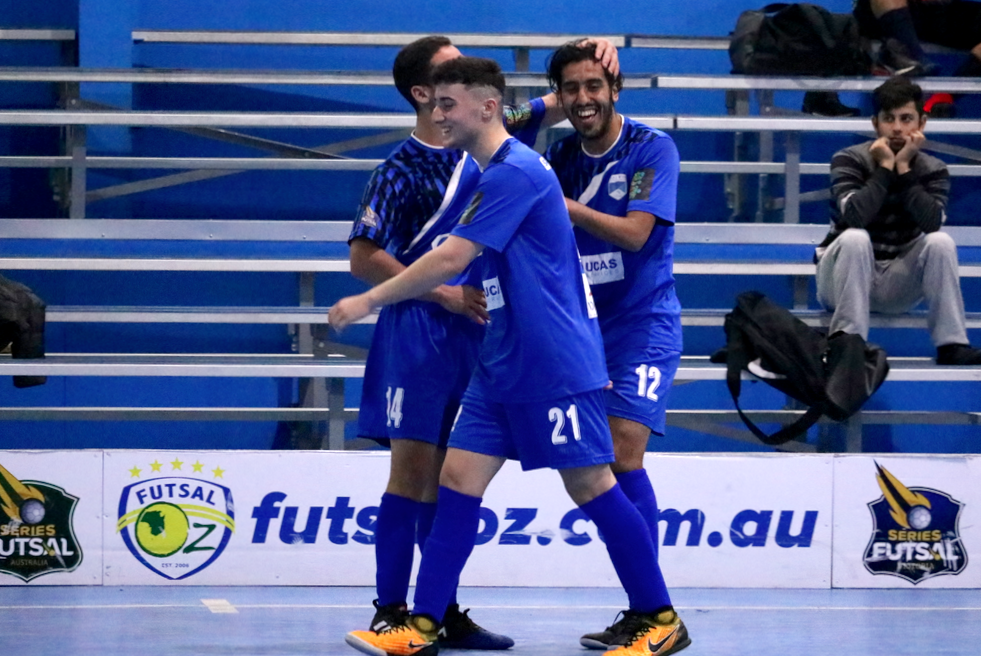 Balwyn haver recorded their first win of the season as they put in a good performance to cruise to victory over Preston who were lacklustre from the start. 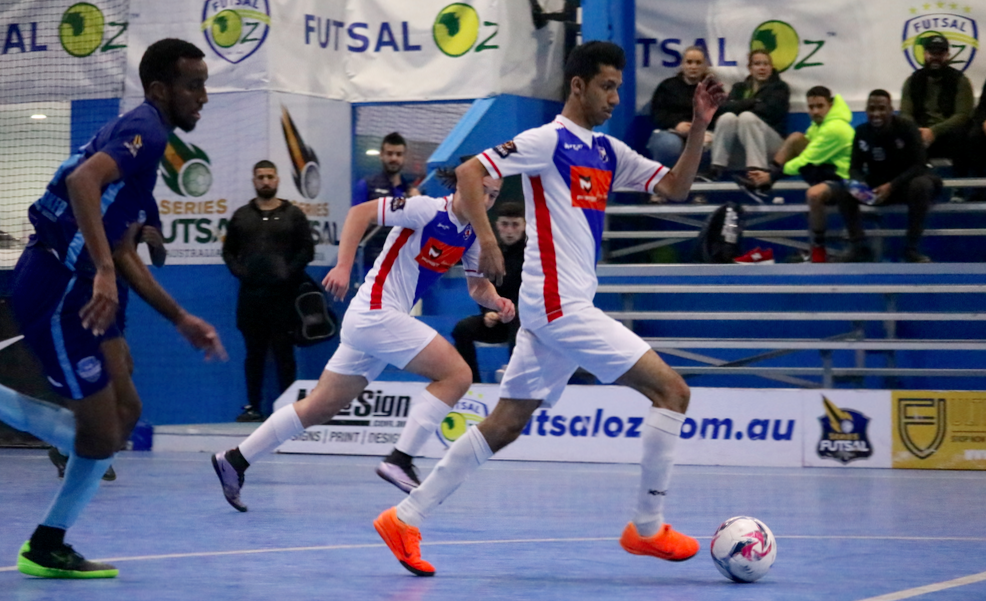 Carlton and Moreland have played out a thrilling contest with Moreland equalising on the full time buzzer to send the game to penalties, only for Carlton to take all three points in the shootout. 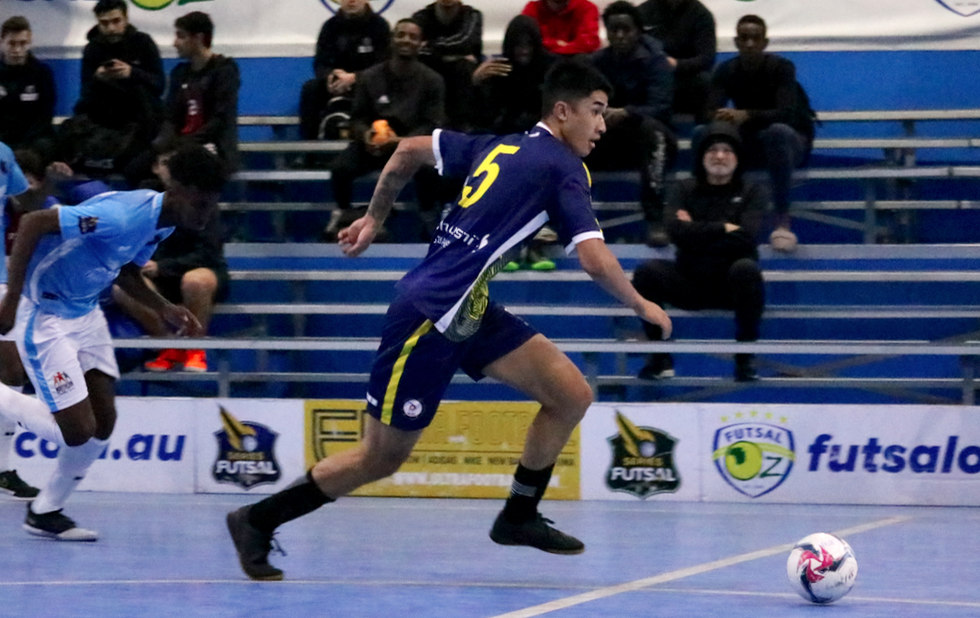 Vic Friendship fell behind by two goals early, before piling on six straight goals to put Regent on the back foot. Regent came within a strike of sending it to penalties but fell just short as Friendship took a vital win. 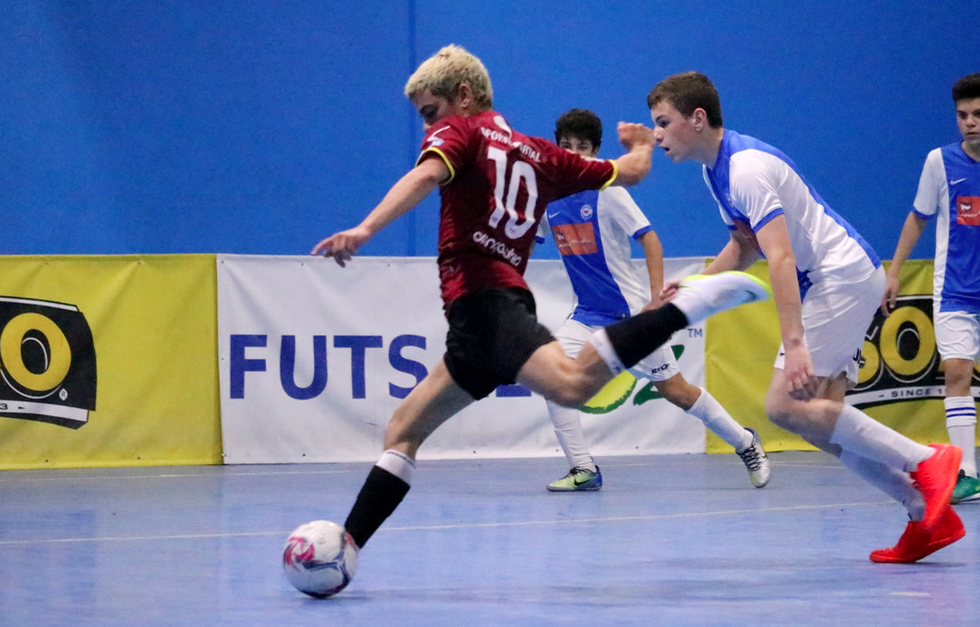 Pascoe Vale were too good from the outset against a young Parkville Heart side scoring 13 goals and keeping a clean sheet in the process.

Fitzroy extended their lead at the top of the league with a clinical second half display that saw them overcome current Champions Hume while also keeping a clean sheet in the process. 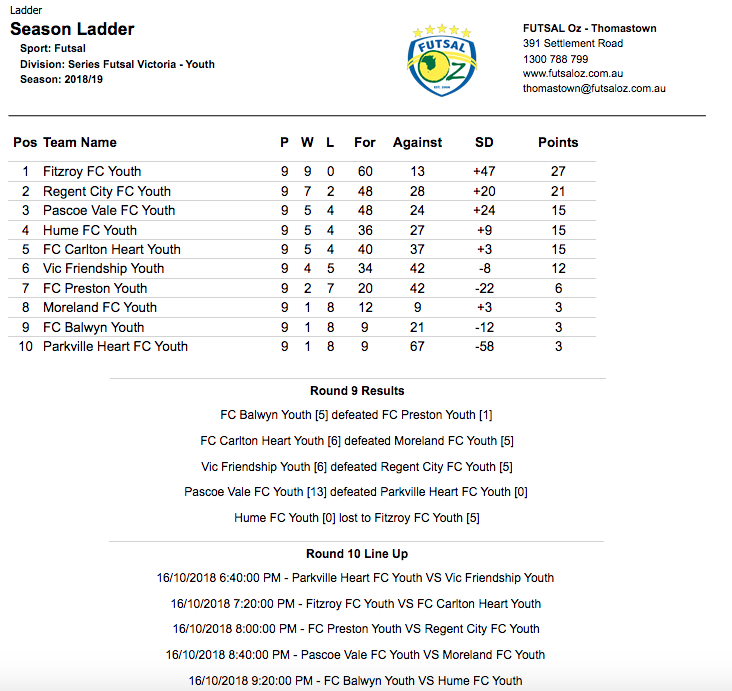