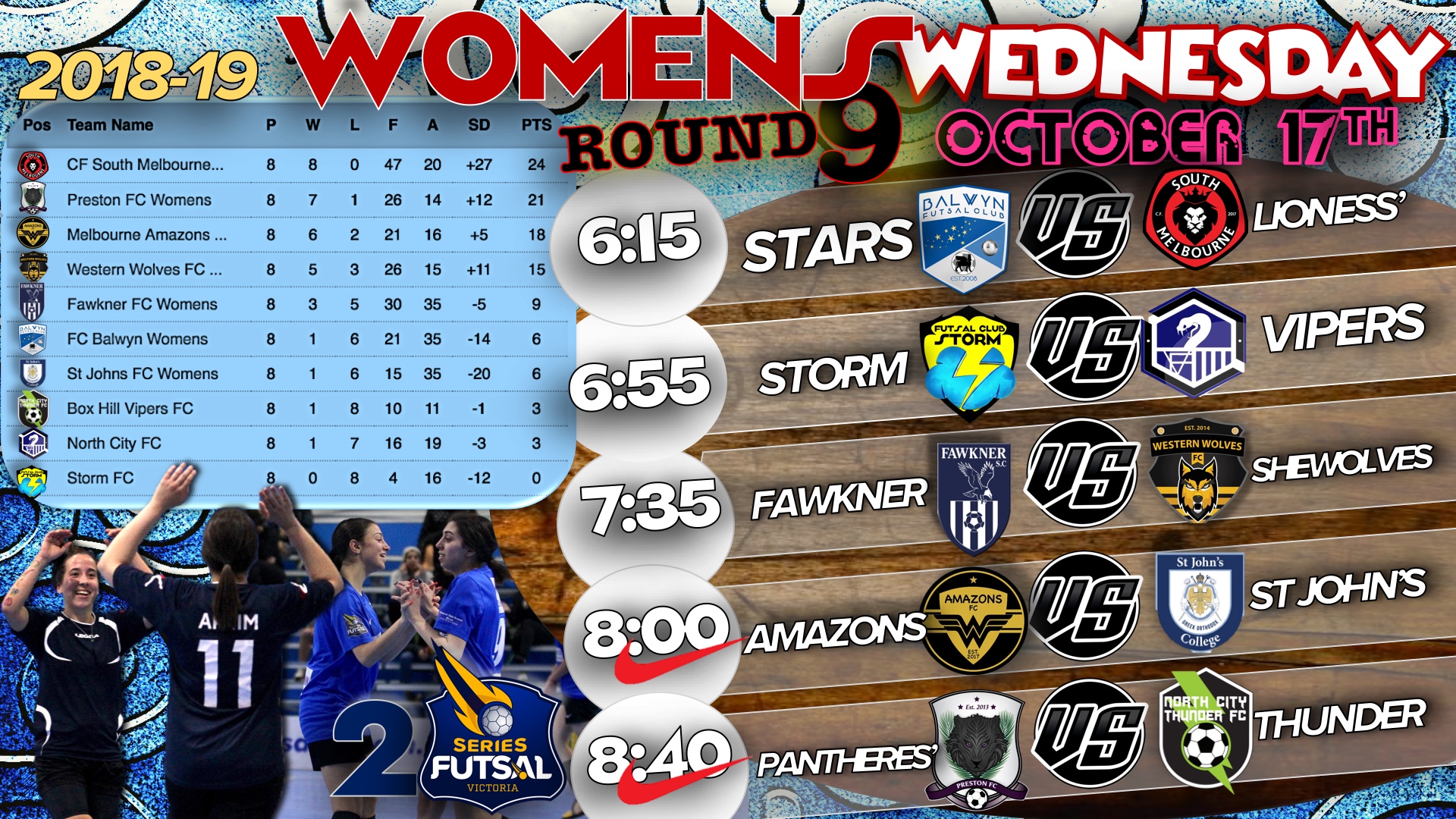 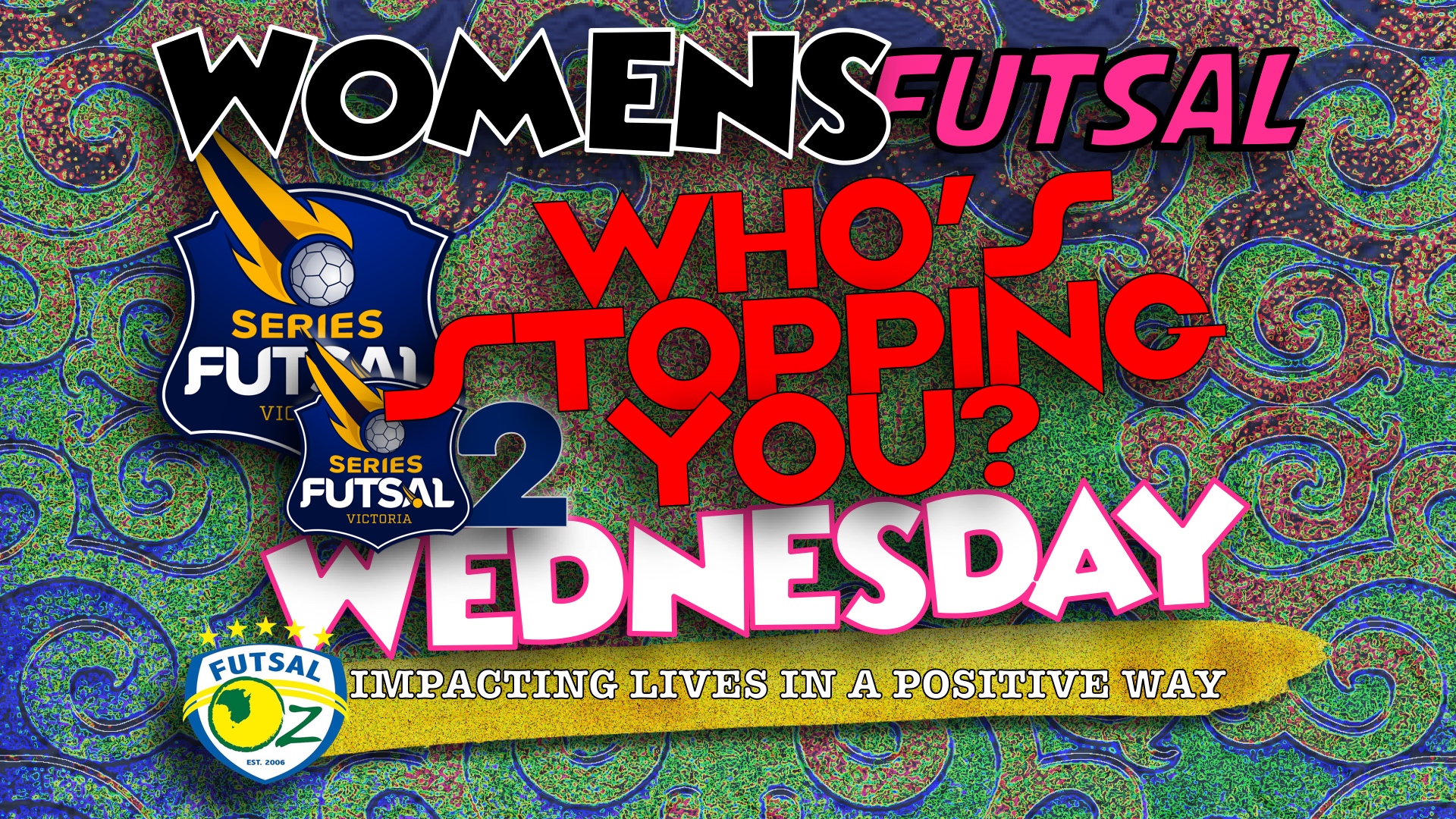 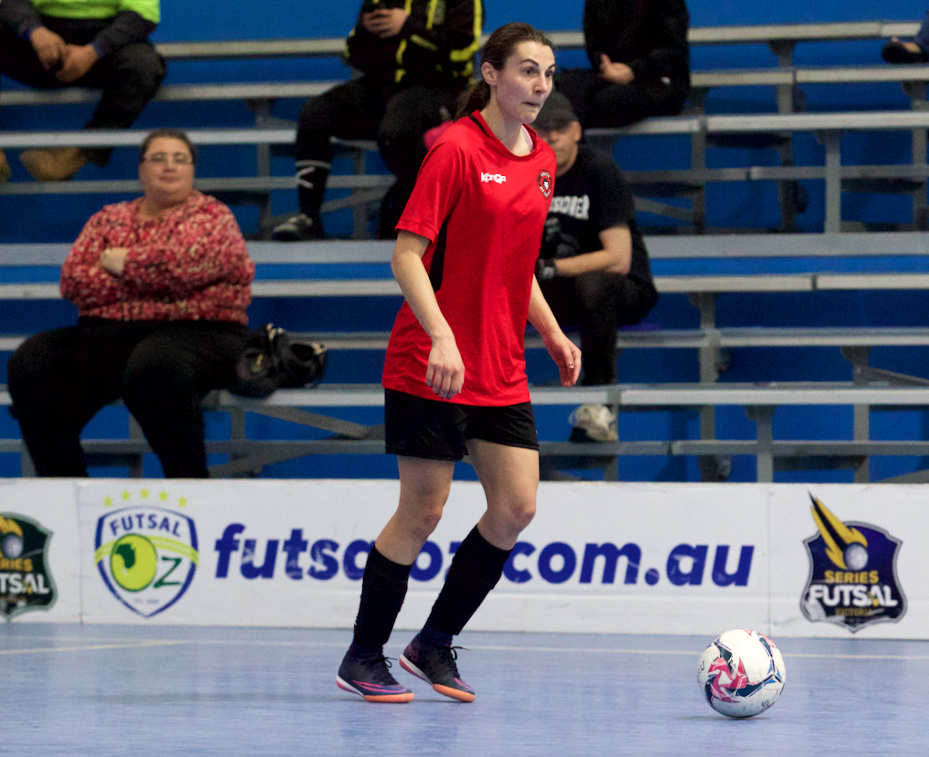 Our first game of round nine saw Balwyn who were on the cusp of a win face ladder leaders South Melbourne. Balwyn got off to a good start as in form Stephanie Peluso struck to open the scoring and give them a surprise lead, only for South to hit back and equalise through Aneta Komijat to level the scores at one. Komijat then found herself one on one and made no mistake with the finish as she put South ahead. Rachel West then found the net with a toe poke to give her side some breathing space, before Nat Italiano also hit home a powerful effort from range for a 4-1 lead. Peluso pulled a goal back immediately to keep her side in the contest but they would concede again before the break as Corina Jayasekera found the net from range to take South into the break with a commanding 5-2 lead.

Early in the second half a long throw was brought down by Italiano and Komijat finished it on the run to complete her hat trick. A turnover from Balwyn was then punished as Komijat converted her fourth with the game looking as if it would be a blowout. Balwyn pulled a goal back as Peluso completed her hat trick from a tight angle, but the Stars would concede again as some good build up play from South left Wai Kwan-Chislett with a tap in to extend the lead. With second remaining a Rachel West own goal would give some consolation to the result but it would be no more than that as South continue on their merry way at the top making it nine games unbeaten. 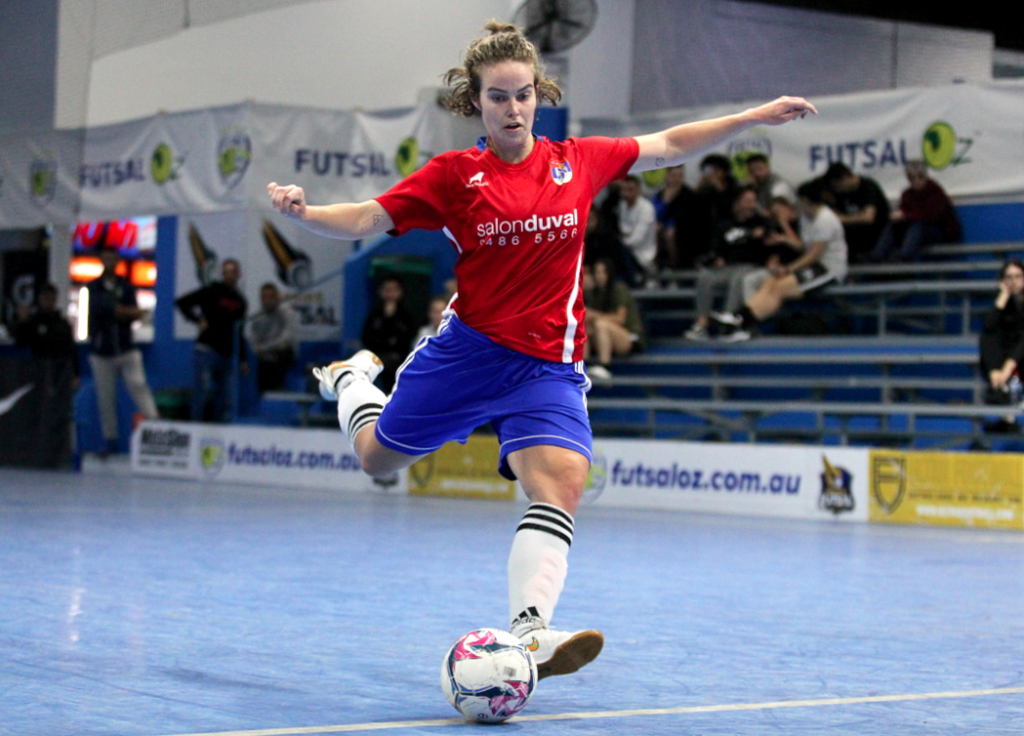 Next up saw the youngsters from Storm FC take on Box Hill Vipers. With two new sides still finding their feet in the league, it was storm who opened the scoring with Amar Ayache opening the scoring, giving Storm the lead. Box Hill hit back after some lovely feet form Morgan Groves saw her beat her opponent and finish, before Groves struck again to give Box Hill the lead. Storm would peg them back though with Dahlia Badra finding the net to ensure the sides were level at the half time break.

The second half saw something that doesn’t happen to often occur as the half was scoreless all the way through, despite both sides having their chances to score, neither could break through as we were going to the penalty mark.

Storm missed both their penalty attempts while Box Hill converted both of theirs to take their second victory via a shootout this season. 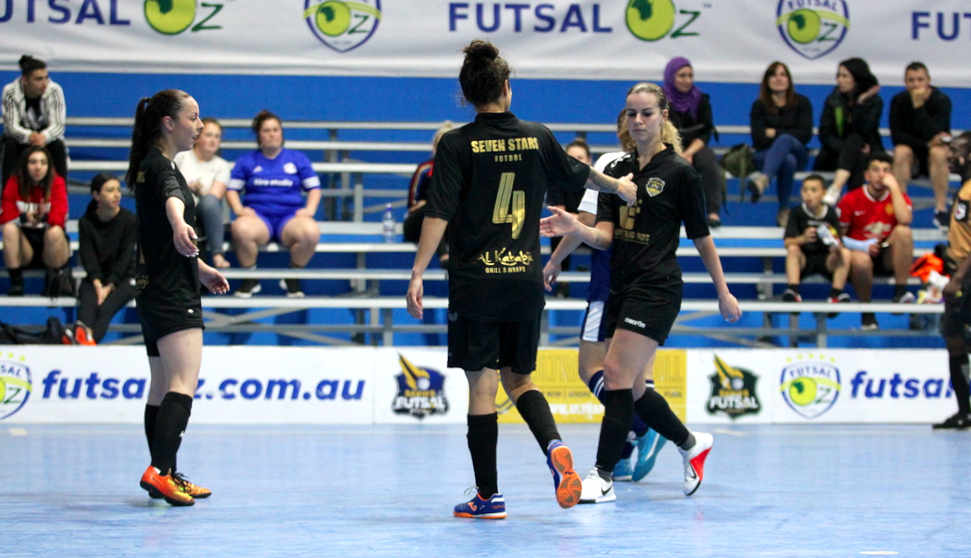 Next up saw an in form Fawkner side take on fourth placed Western Wolves. It was a cagey opening from both, until a long range effort from Mary Hubeek found the net to open the scoring. Chances went both ways but neither could find the net again as went into the half time break with the Wolves leading 1-0.

Early in the second half Danica Petreska would double the advantage to give the Wolves the insurance goal they needed, and aided by another great performance from Iesha Atik, the Wolves kept their opponents scoreless, while a late strike from Dani De Matos rounded out a solid performance from the Wolves as they continue to push the top of the table. 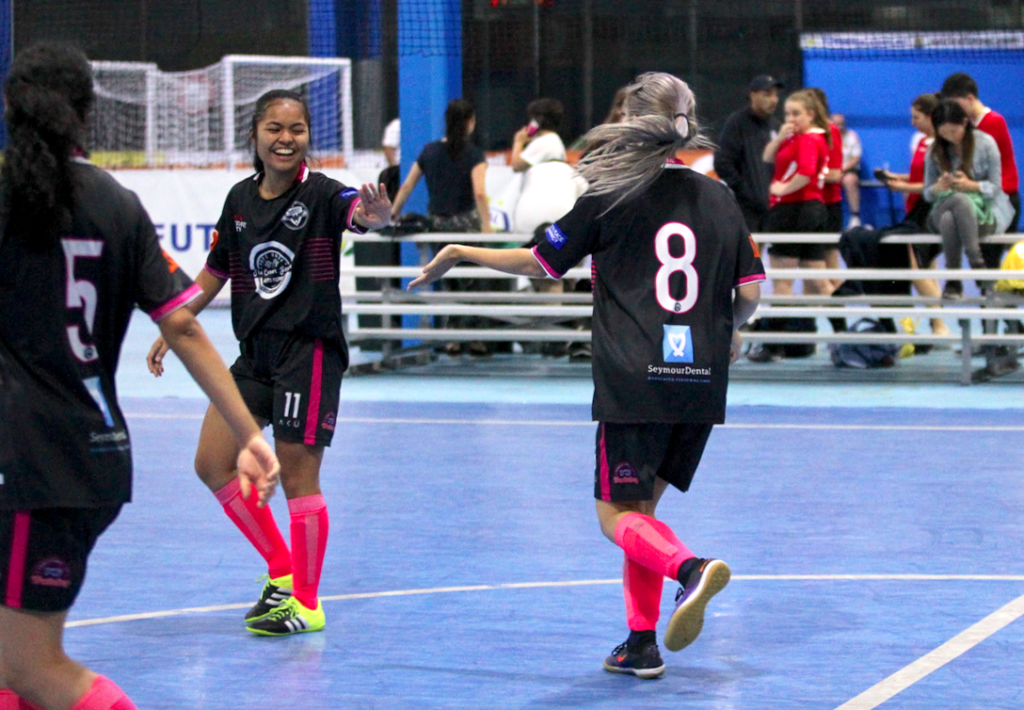 Next up saw Melbourne Amazons continuing to fight for a top two finish, take on a young St Johns side still finding their feet in the league. The Amazons were clinical in the first half piling on six unanswered goals, with Zoe Dupont & Rachel Grove both bagging braces, while Aisha Imran & Thu Trinh also chimed in with goals for a commanding 6-0 half time lead.

St Johns improved in the second half and got themselves on the scoresheet through Liana Sultana but it was only a late consolation with Thu Trinh bagging a second half hat trick to make it four for the game as the Amazons take a vital win and continue to push the top of the table. 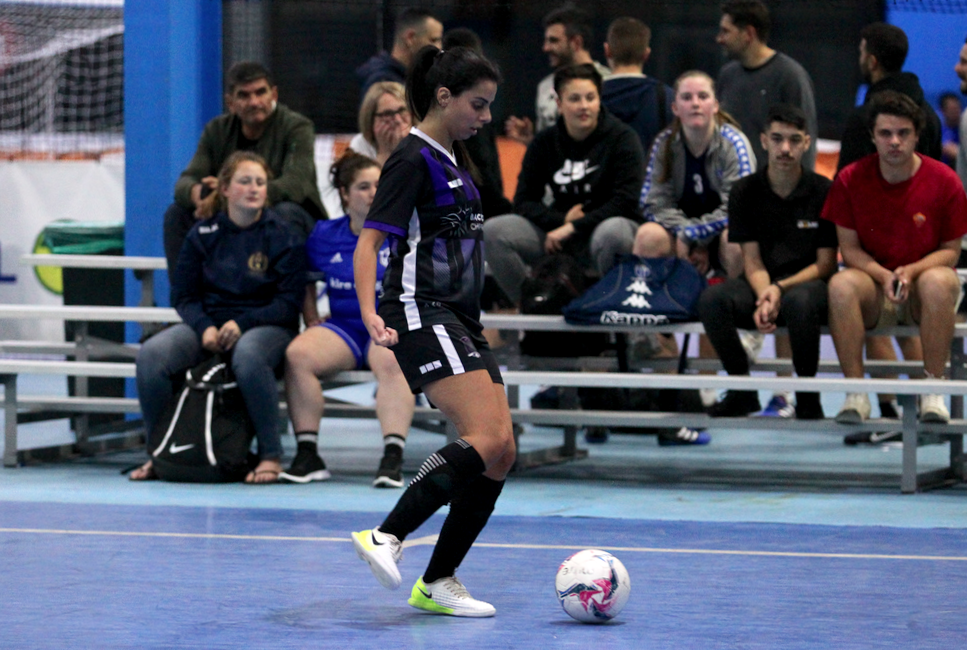 Our final game of the evening pitted second placed Preston against newcomers North City. In a close first half Preston edged it as they added three goals through Jasmine Lazarevski, Armina Sherifi & an own goal from Mariyana Odisho overriding a Janelle Sammut strike to have Preston leading 3-1 at the break.

Preston continued to fire in the second half and added the next three goals of the game thanks to another from Lazarevski and a first for Amy Parsons who was having a standout game, coupled with a second own goal of the game, this time off Dora Kikianis giving Preston a 6-1 lead. Sammut would get her second of the game late on as a consolation but it wasn’t going to be enough as Preston hung on for another big win. 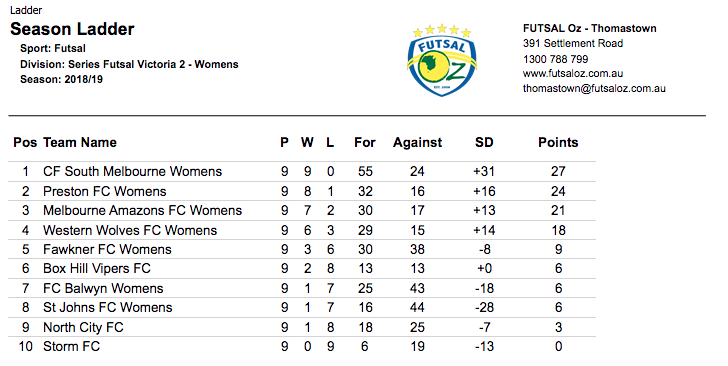