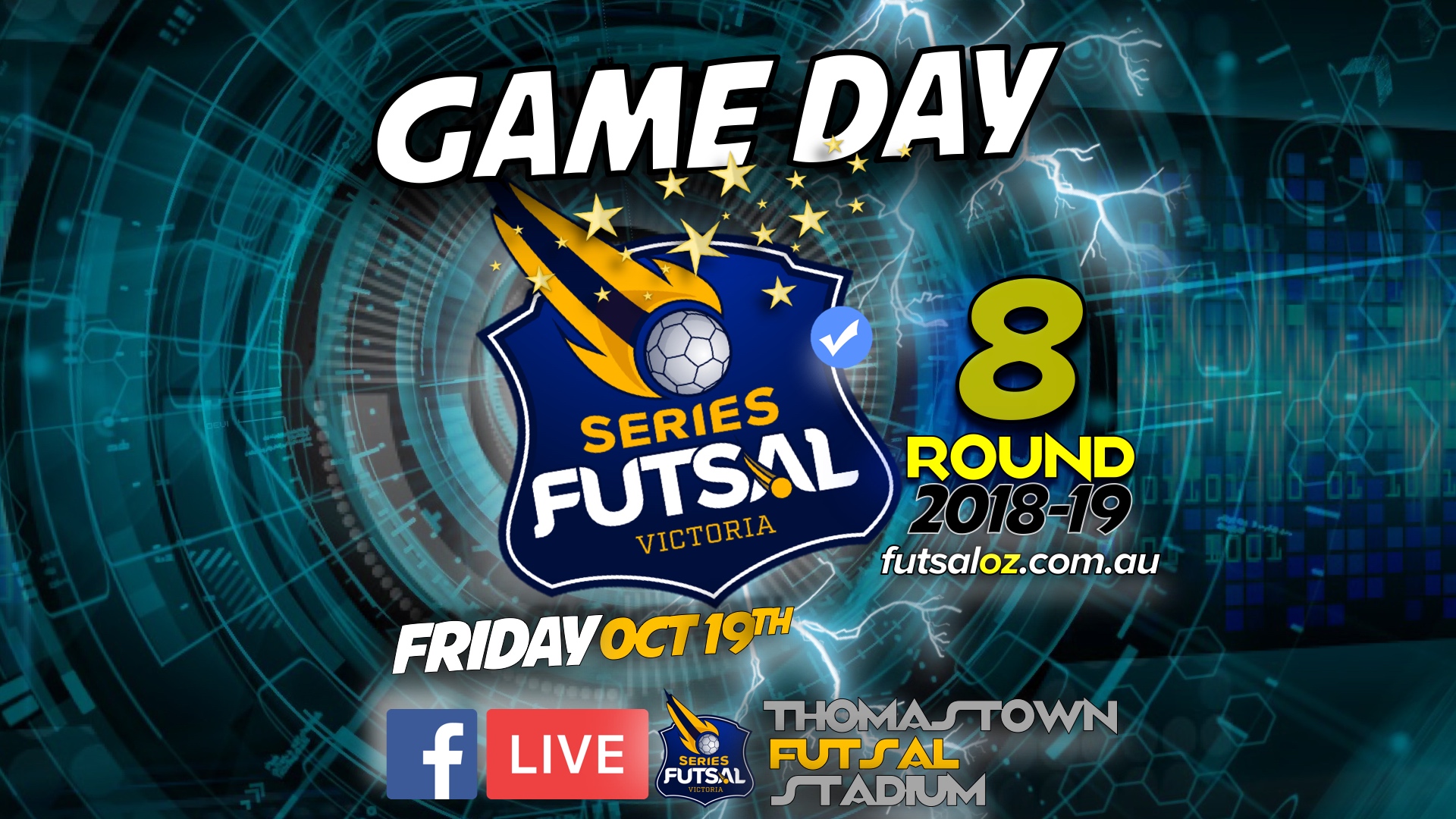 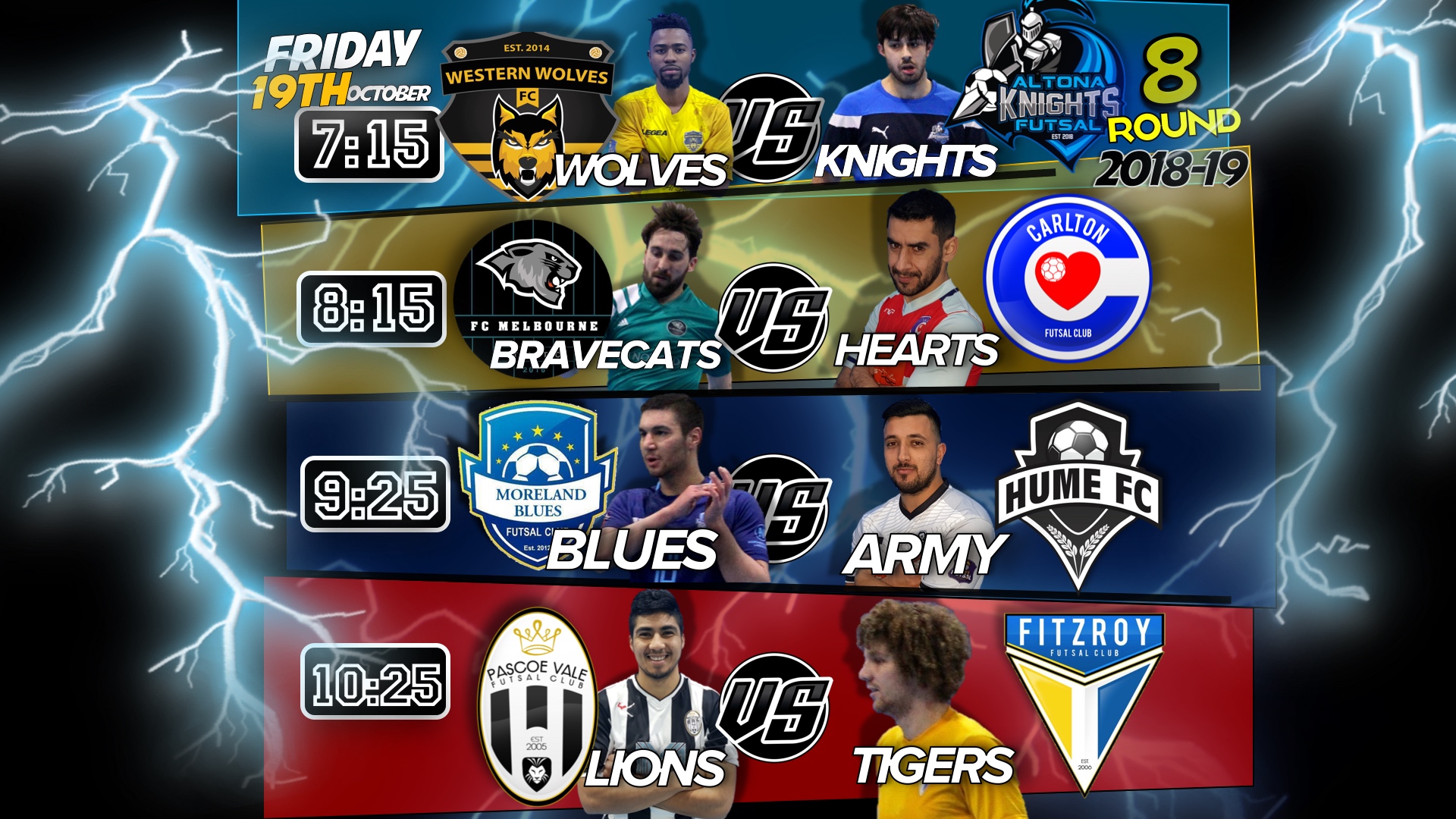 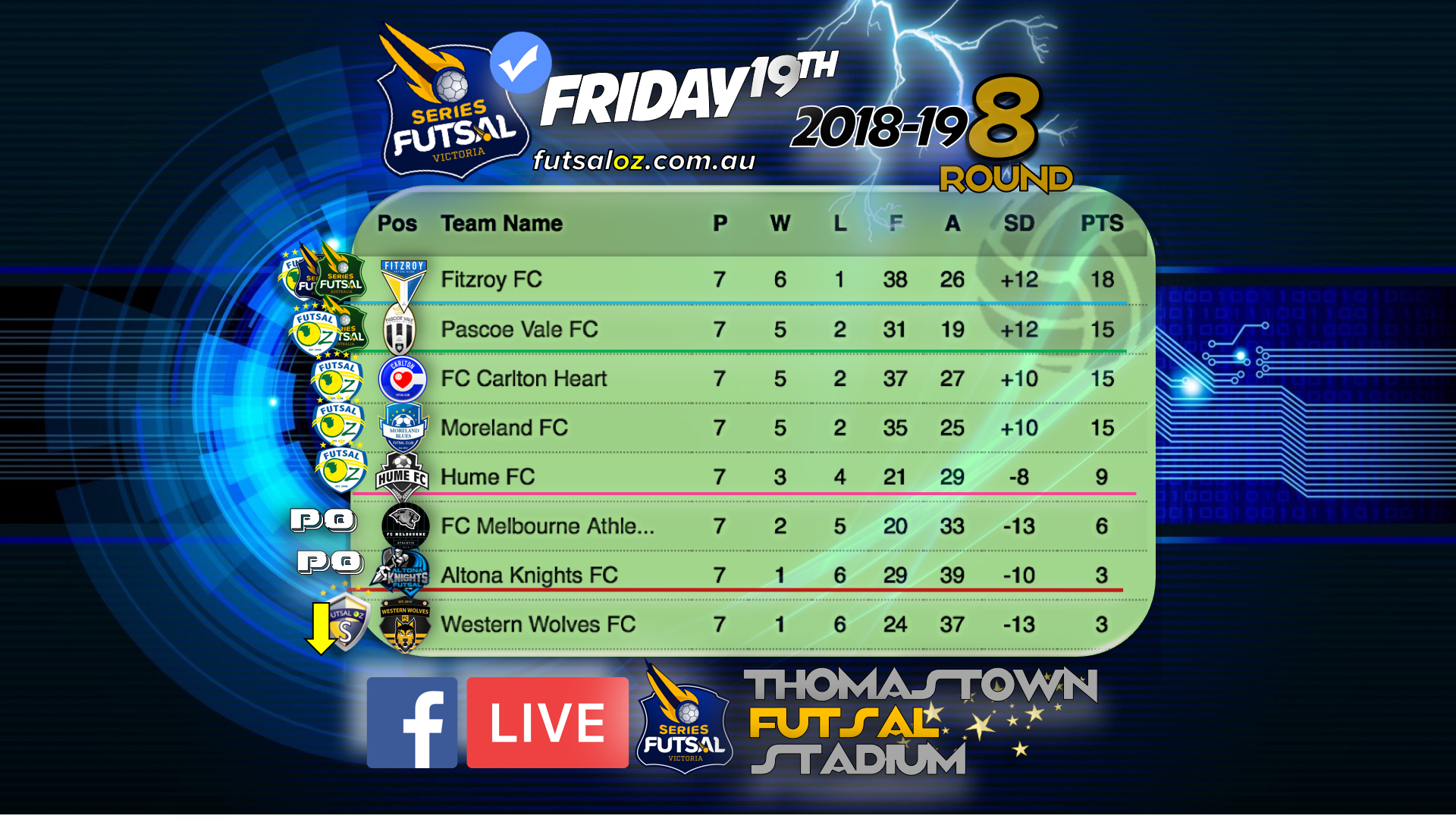 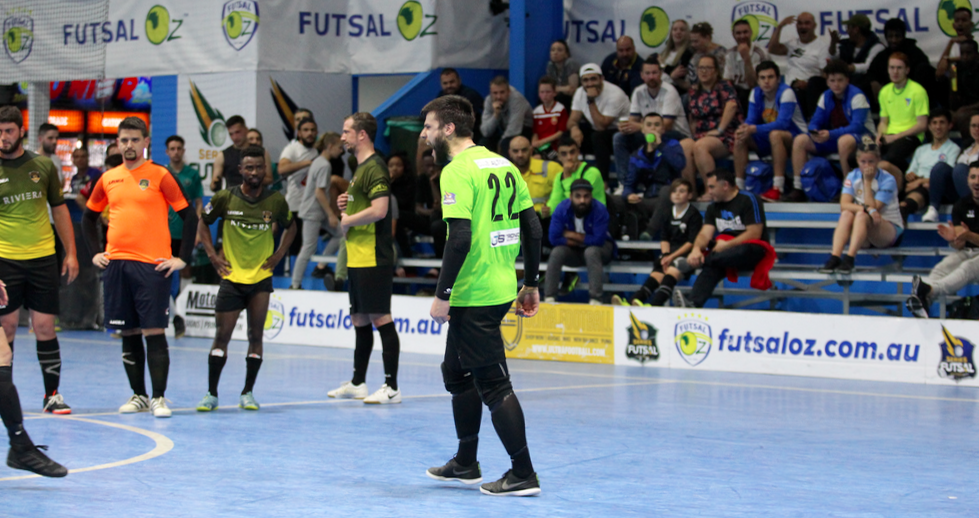 Our first game of round eight pitted bottom of the table Western Wolves against second bottom Altona Knights. With both sides in desperate need of the three points to climb off the bottom of the table you could be assured there would be nothing left to chance in this one. Altona dew first blood as Nikola Jurcic struck beating Mario Bosnijak at his near post. The lead was doubled when a stunning volley from Jayden Merceica found the net as the Wolves were in trouble. It was going from bad to worse for the Wolves with Karrar Hussein finishing on the counter attack to have the Knights in cruise control leading 3-0 at the half time break.

Things only kept getting better for Altona as Nikola Jurcic again struck at the back post to make it 4-0 and all but seal the game. A free kick awarded to the Wolves was taken by Lokmen Ramadan who expertly picked out Elvis Kamsoba on the back post to get the Wolves on the bored, before a lovely bit of play saw Kamsoba finish again to have the Wolves within two goals. Their comeback was haulted when Michael Nguyen was given a second bookable offence leaving his side down a man for two minutes. In the dying second of the numerical advantage, the Wolves amazingly found another goal as Rodrigo De Faria turned and finished to have his side within a goal and a real chance of completing a remarkable turnaround. The Wolves were level soon after as Elvis Kamsoba completed his hat trick after roofing his effort and Altona was in danger of throwing away a four goal advantage. The Wolves since their first goal were right on top having a number of shots on goal and if not for Frano Saric Altona would have lost the game by some margin.

However we went down to penalties where both sides had their mixture of goals scored and missed but with the shootout locked at 2-2, that man Frano Saric would step up and convert the winning penalty to complete a superhuman effort and help the Knights pull three points clear of the bottom of the table. 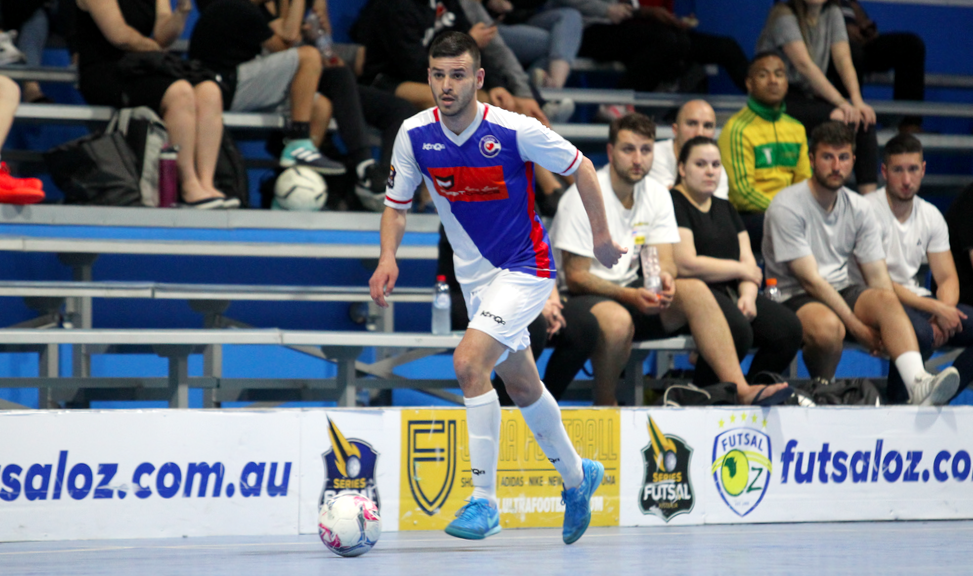 Next up saw newly promoted Melbourne Athletic face three time defending Champions Carlton Heart. Carlton won the pairs first meeting this season fairly comfortably and got off to a positive start in this one as Josh Pulvirenti’s layoff was finished off by an onrushing Chaaban Rajab to give the Heart the lead. Melbourne hit back though as Ed Evans struck on the turn with a first time effort to level things up, but it didn’t last very long as a long range effort from Ernie Simsek was fumbled in by George Paschalidis to give the Heart the lead once again. Ghosting in at the back post Rajab touched the ball around Paschalidis again to give Carlton a 3-1 lead which they held into the half time break.

Early in the second half Carlton continued to extend their lead as a free kick from Rico Hauser was too quick for Paschalidis making it 4-1, before a red card to Ben Grill left Melbourne down a man and Carlton made them pay as Rajab headed home at the back post for a 5-1 lead. Hauser then cut to his left foot from a corner and banged another home, all be it poor keeping on Adrian Alonso’s behalf as the game was blowing out. Melbourne pulled a goal back through David Smeathers who finished from a tight angle, but Ernie Simsek topped off the game with the goal of the night a neat chip over Alonso sealing a convincing win for the Champions. 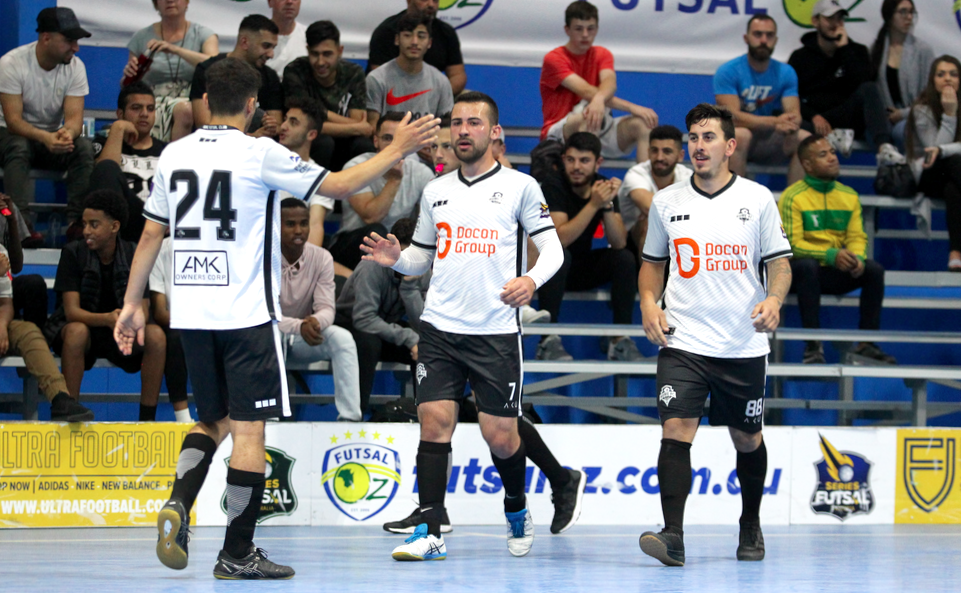 Next up saw the turkish derby take centre stage as fierce rivals Moreland & Hume locked horns once again. Very early in the contest it was Hume who opened the scoring as Moe Matar finessed an effort home to give Hume the lead. That lead was short lived however as Moreland responded straight away through Atay Ibrahim who lifted the ball over Enes Ozkoca after a lovely ball from Kui Mu split the defence and we were even again. With seven minutes to play in the first half Hume regained the lead in bizarre fashion with Ubeyde Cicek hitting a powerful effort towards the near post which just snuck in with even the players on the court not realising the ball had found the net, but none the less Hume had hit the front for a second time. Hume extended their advantage as Cicek struck a low effort across Fetih Goren to open up a two goal cushion. Moreland again responded after a world class ball from Ibrahim found Kui Mu who scored a ridiculous lob over Ozkoca to have Moreland within a goal at the half time break.

Early in the second half Hume extended their lead as Cicek snapped another one home and completed his hat trick to put Hume in the perfect place to take the points. Moreland wouldn’t go away though as Adam Cooper cut inside and buried his effort to have his side within a goal, before another long range effort from Cooper tied the game and sent to the penalty mark.

It was Zois Galanopoulos who would convert the decisive penalty as Hume took a vital win to climb out of the relegation zone. 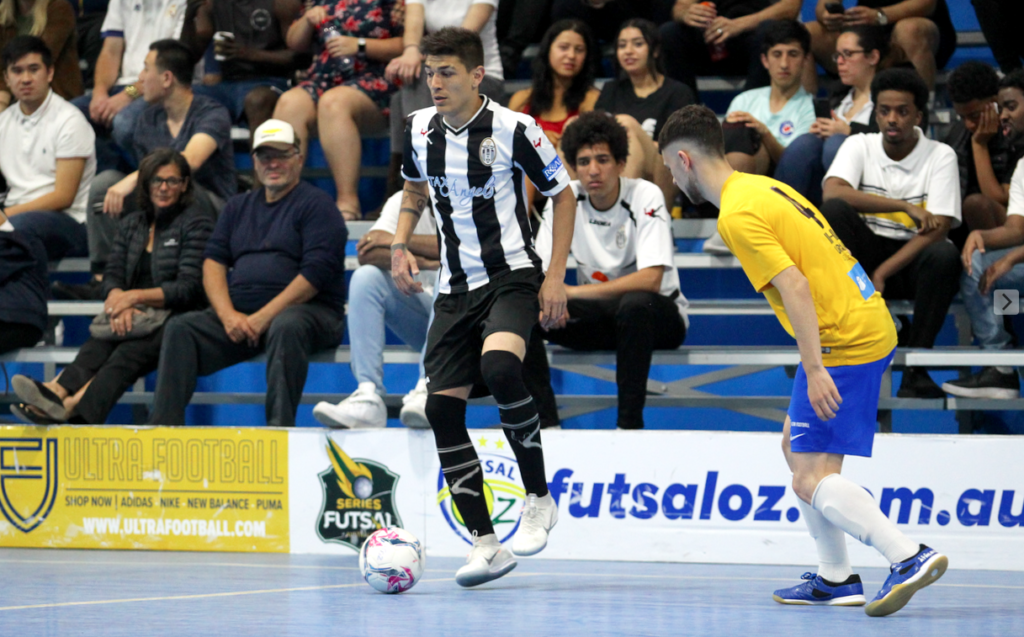 Our final game of the night was a big one as old rivals Pascoe Vale and Fitzroy took to the court for another edition of El Classico. Early on it was an even start to the contest with both sides having their chances, but it was the Lions who would break through first as Andre Caro beat his defender and squared the ball back to Gerardo Soto who finished high into the net to make it 1-0 which Pascoe held into the half time break.

A very physical contest continued to play out in the second half as Pascoe Vale hit five fouls early on and conceded a ten meter penalty which Jose Filho dispatched to bring the scores level again. Pascoe Vale would regain their lead as Behrad Behzadpour struck from a corner, before Soto found himself one on one and slotted through Aaron Yu’s legs to give their side a two goal buffer. Fitzroy turned to the fifth man tactic but it didn’t pay off as Soto intercepted a ball and scored into an empty net to complete his hat trick. A long ball was then turned in by Alisson Lima Da Rossa to seal the win for Pascoe which sends them top of goal difference after eight rounds of play. 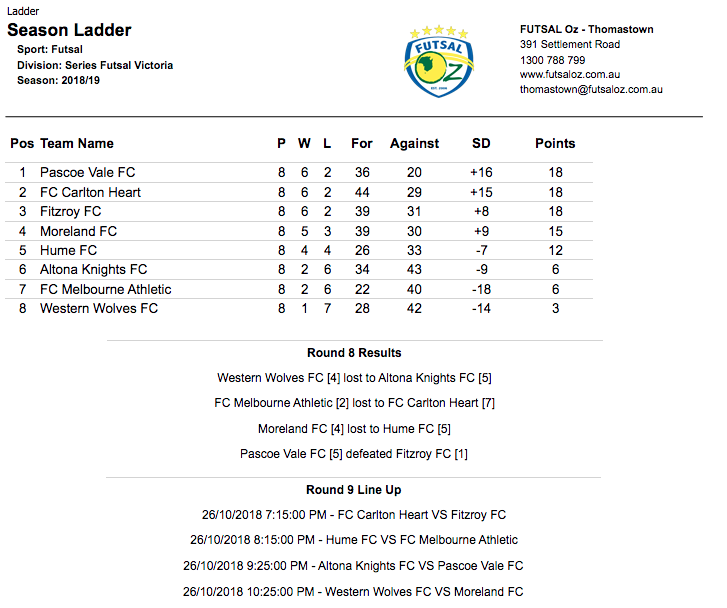