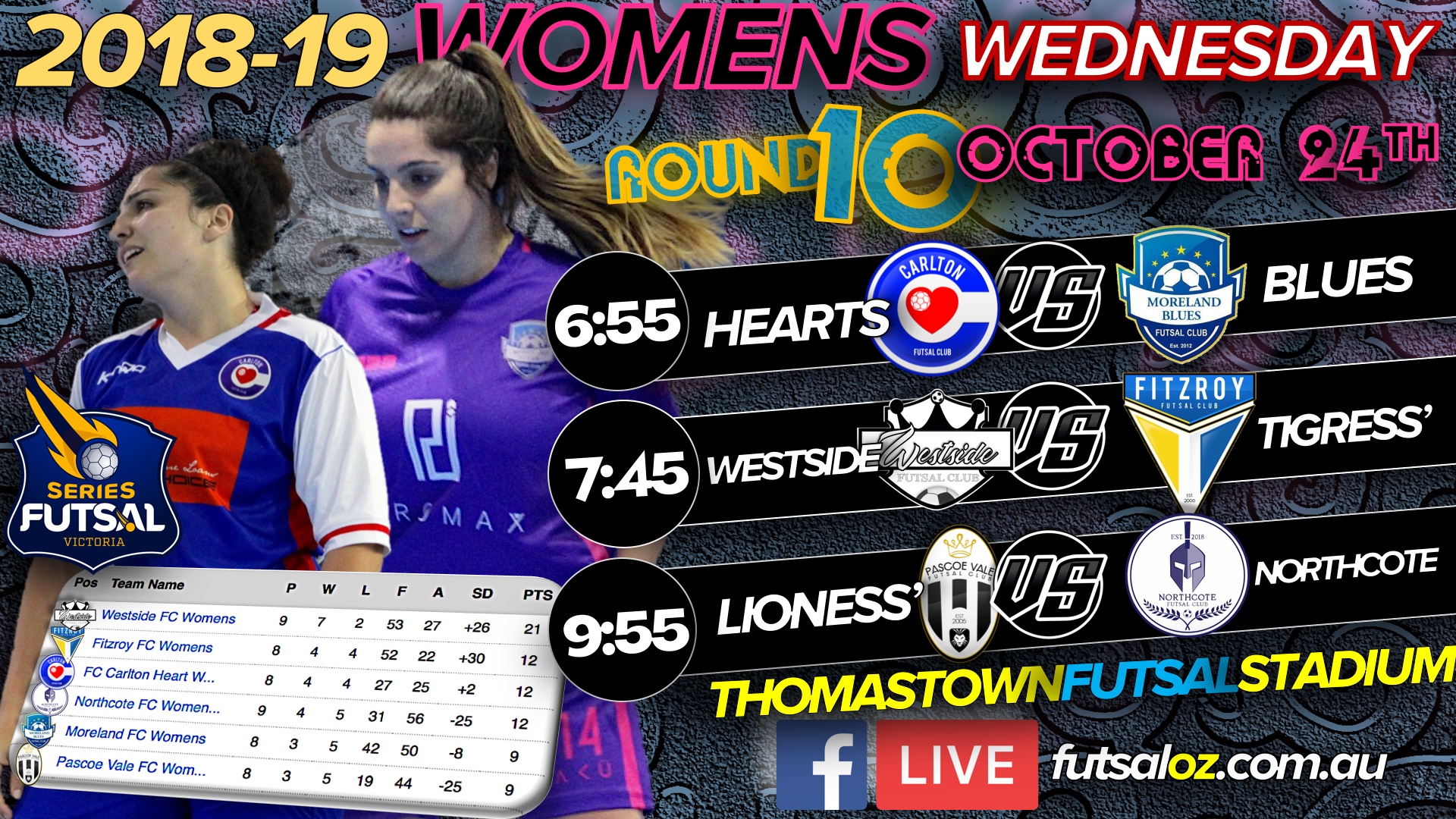 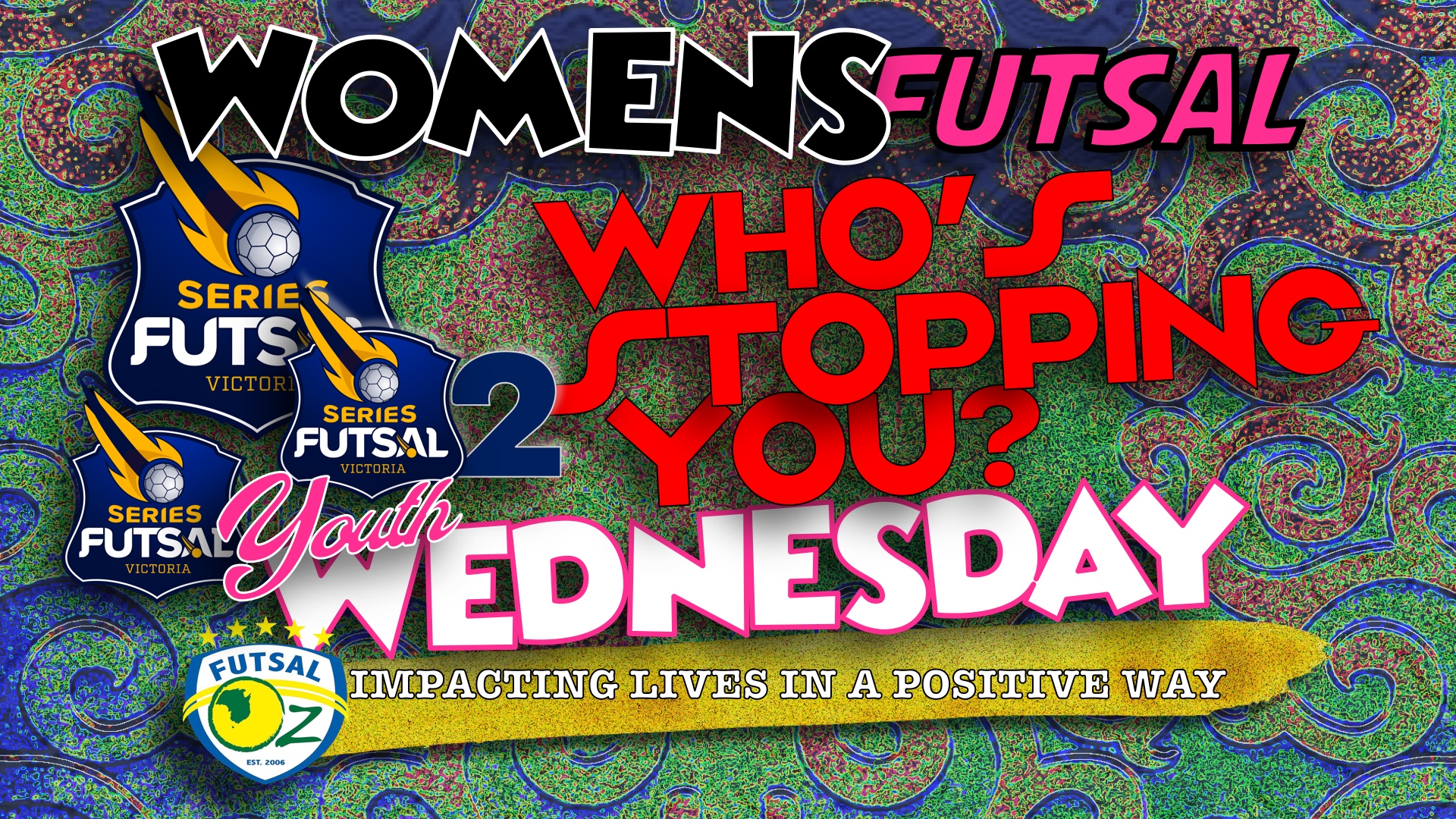 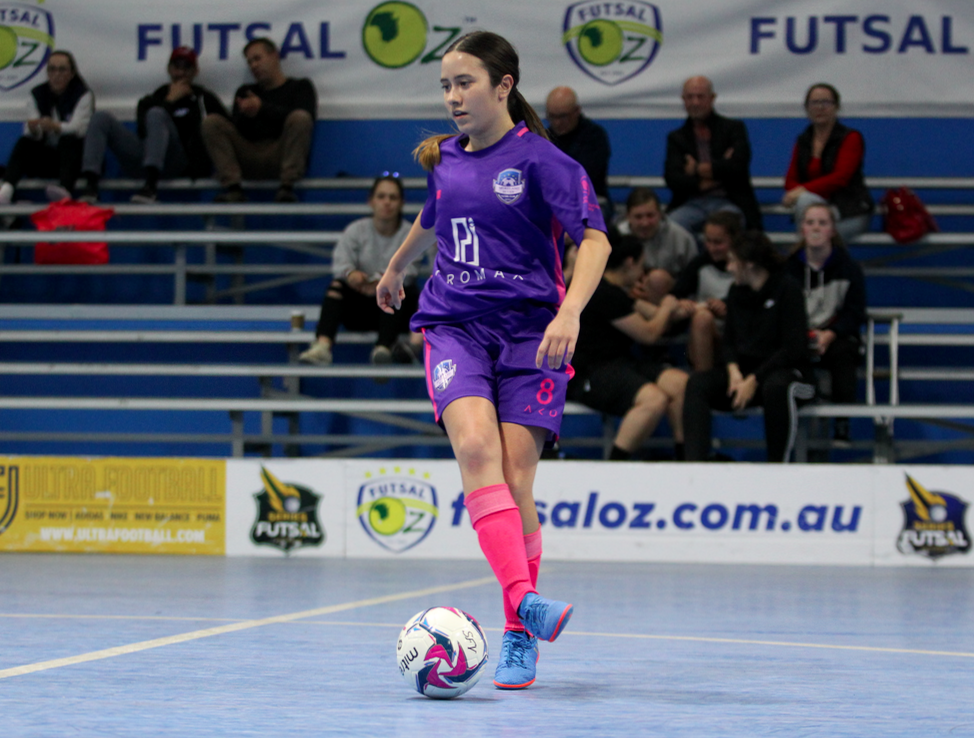 Our first game of the night saw Carlton Heart take on Moreland. With Moreland on the rise they would be looking to climb higher up the table as they faced their rivals the Heart, and they got off to a flying start as Zoe Tizard finished her chance early on for the opening goal. It was two soon after as Claudia Fruscalzo picked a gap in the wall to double the advantage. A lovely bit of play between Morgan Kirk-Eaton & Rebecca Davies saw the latter finish at the near post to halve the deficit, but Moreland would regain their two goal cushion with returning Ebru Hassan finding the net to give Moreland a handy 3-1 half time lead.

Early in the second half Moreland added to their tally as Emma Hubbard found the net again, before a turnover from Carlton was pounced on by Jess Au and her cut back finished off by Hubbard as the game was becoming a blowout. Savanna Anastasopoulos then picked out the top corner from a set piece routine to make it 6-1 as Moreland were blowing the Heart out of the water. A well weighted ball from Davies found Katie Foster who finished to pull a goal back, and immediately after Davies cut back was finished off by Rebecca Saber to have two quick goals for the Heart and give them a fighting chance. A time out was called by Moreland but it seemed nothing was slowing down the Heart as Davies ball found Malka Suratie at the back post to have Carlton within two. It was too little too late though for the Heart as a cheeky chip from Hubbard brought up her hat trick to seal another important win for the Moreland Blues. 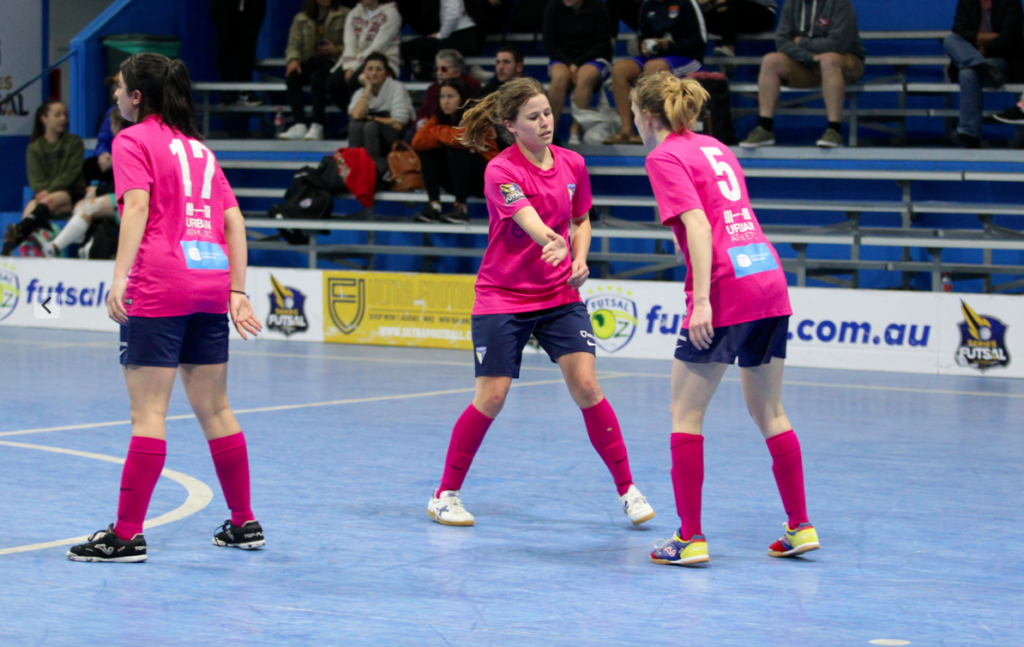 Next up saw a top of the table clash as ladder leaders Westside faced last seasons Champions Fitzroy. Both sides were without key players though still plenty of quality remained and after a cagey opening it was Westside who opened the scoring through a lovely bit of play fuelled by Penny Bakopoulos who finished it all off to give her side the lead. Late in the half Fitzroy drew level through a Sarah Richardson strike to send us into the half time break locked at one.

The second half opened in the same fashion as the first as both sides had their chances but could not find the back of the net, before Richardson struck once again to give Fitzroy the lead with near on ten minutes remaining. Elaina Vatcky would then win the ball and go one on one with Bakopoulos in goal slotting it into the bottom corner to all but seal the win. The points were safe when a lovely bit of play saw Dharma Georgi tap home at the back post to seal a vital win for Fitzroy as they close the gap at the top to six points with a game in hand. 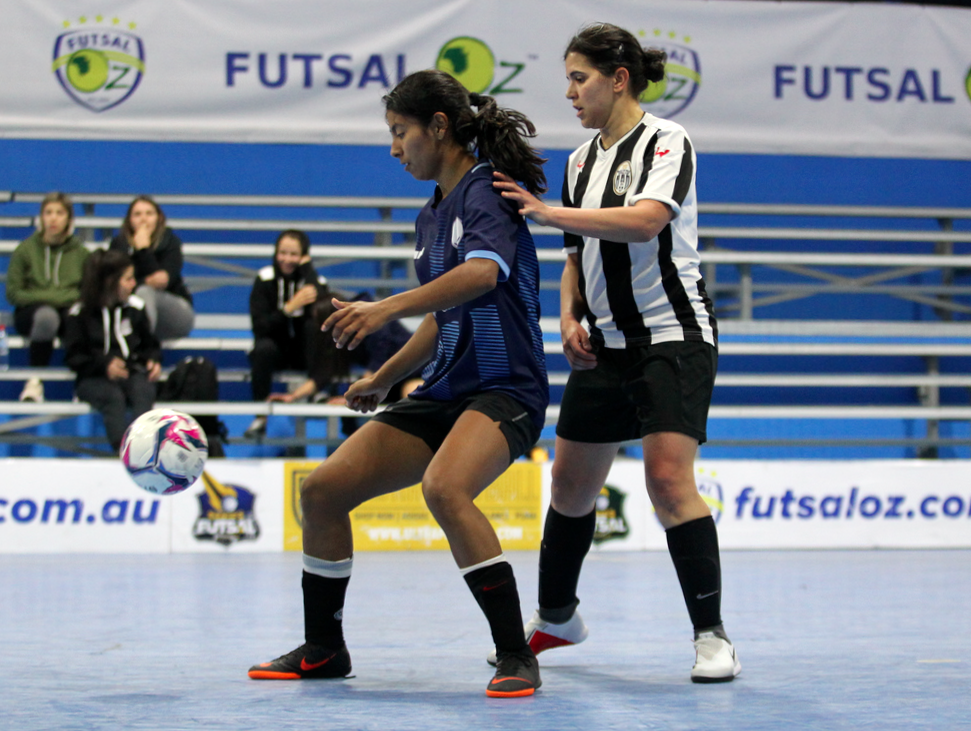 Our final clash of the evening saw Pascoe Vale and Northcote face off in a crucial battle to climb away from the relegation zone. Traditionally two good defensive sides, Northcote drew first blood through a Diarna Cartwright strike which proved the only goal of the first half as Northcote carried a slender lead into the break.

Midway through the second half Northcote doubled their advantage through a Claudia Dimasi strike as they had Pascoe Vale on the back foot and needing to respond. Pascoe peppered their opponents goal late on and found a way through as Marcela Marques scrambled an effort home to give them hope of sending the game to penalties. It wasn’t to be though as Northcote hung on for a vital win in the context of their season. 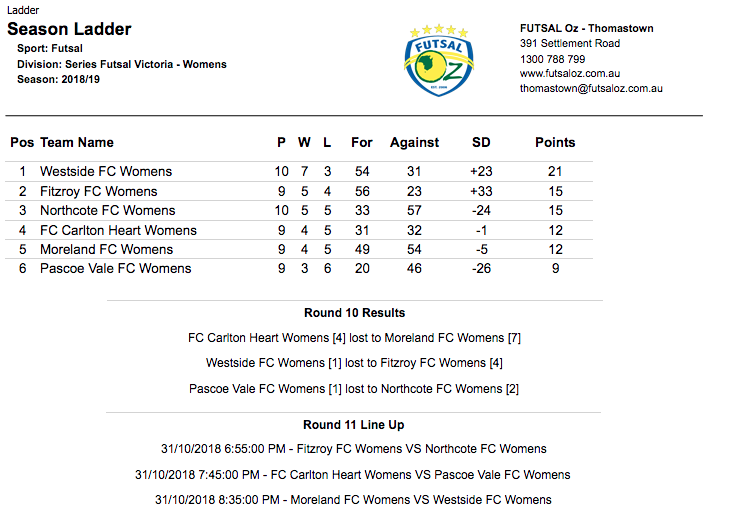