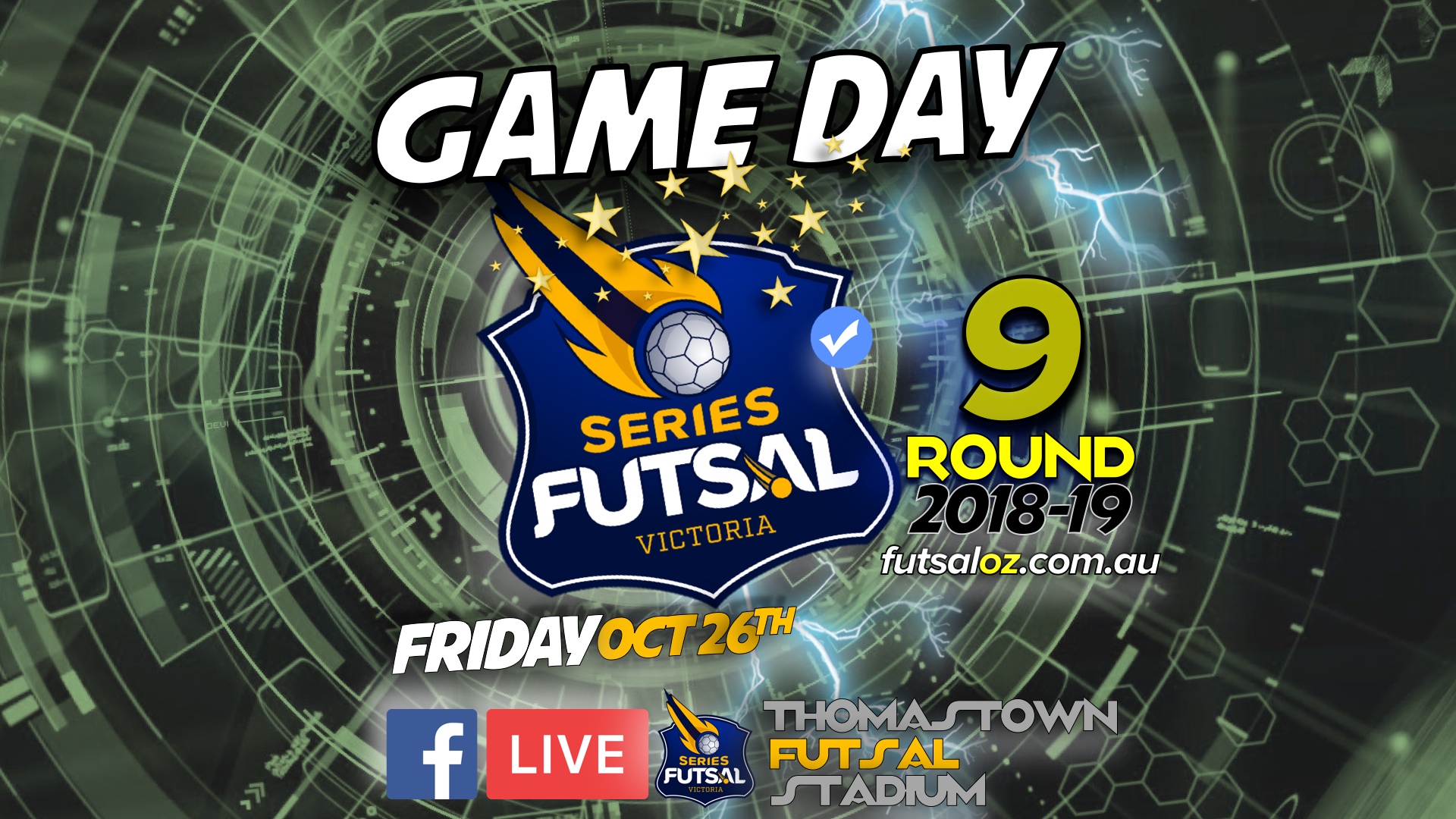 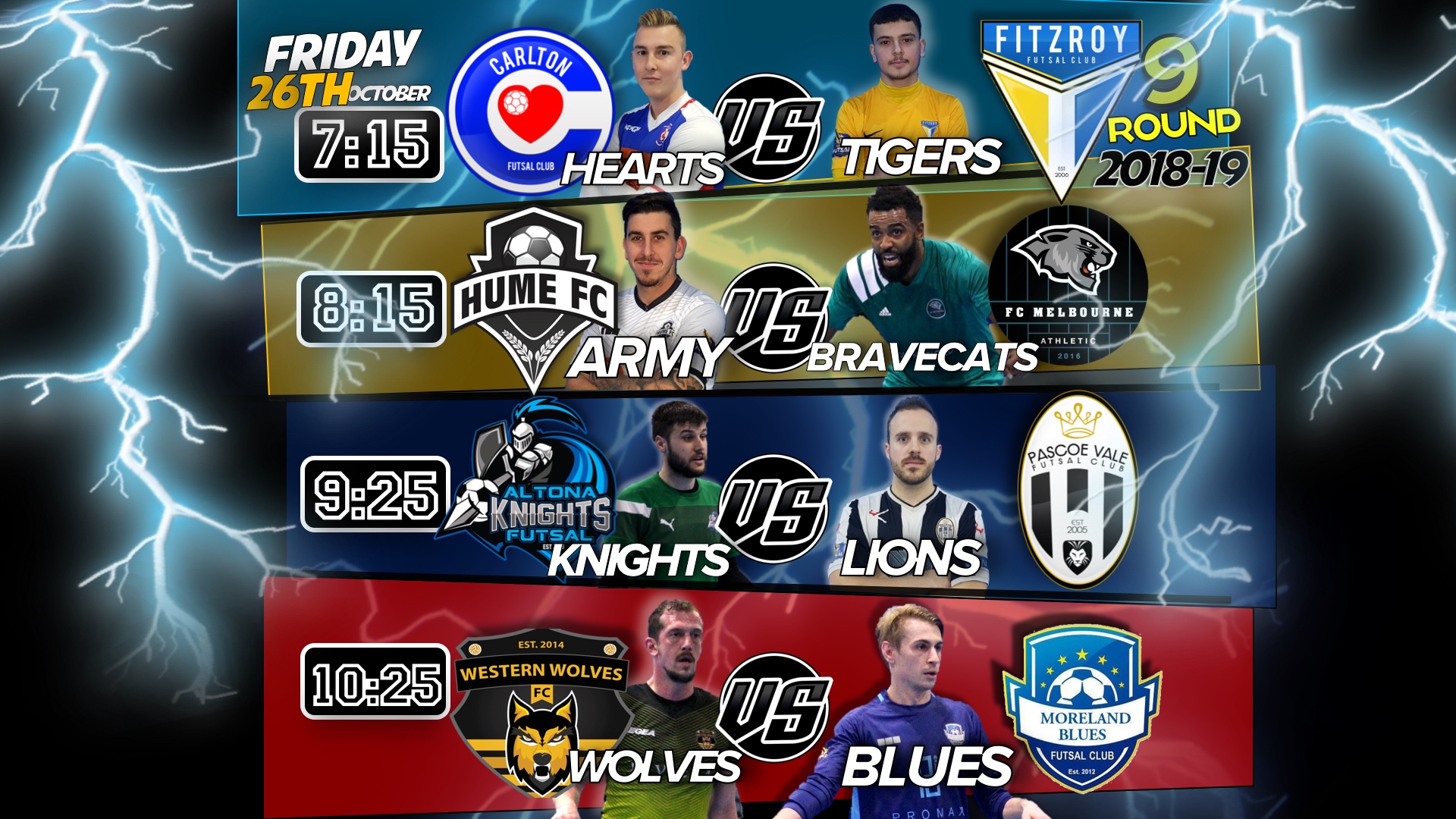 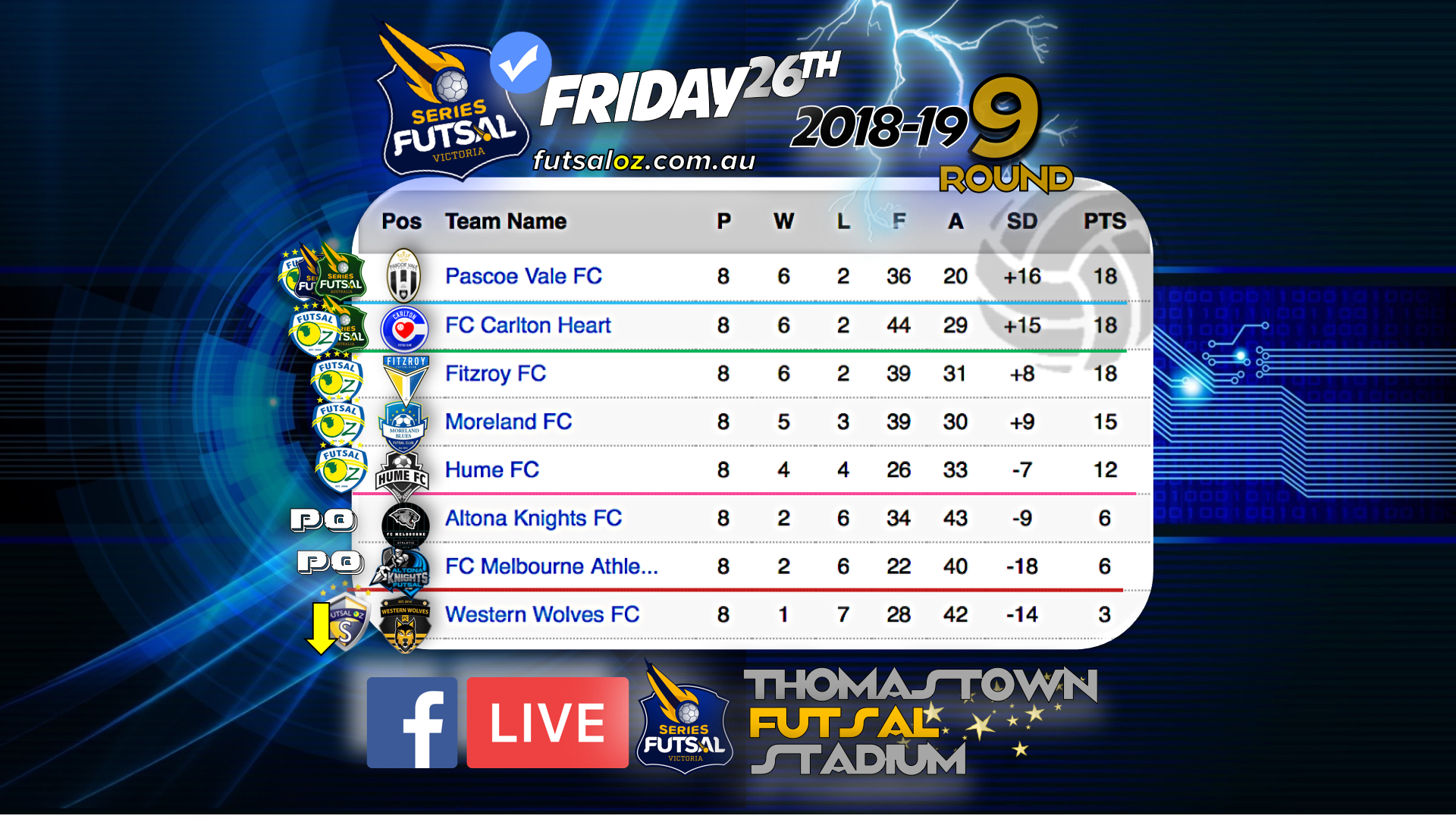 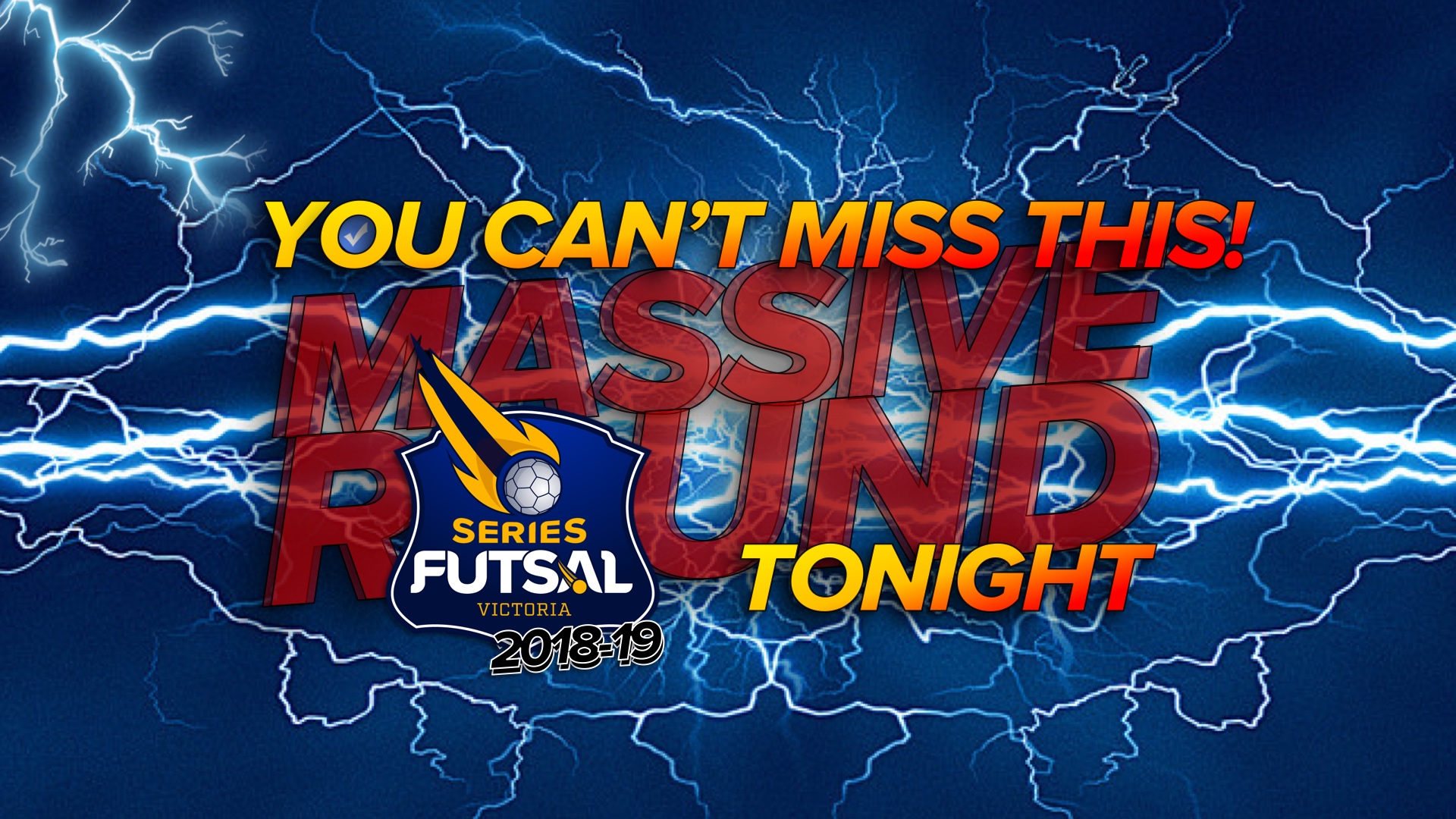 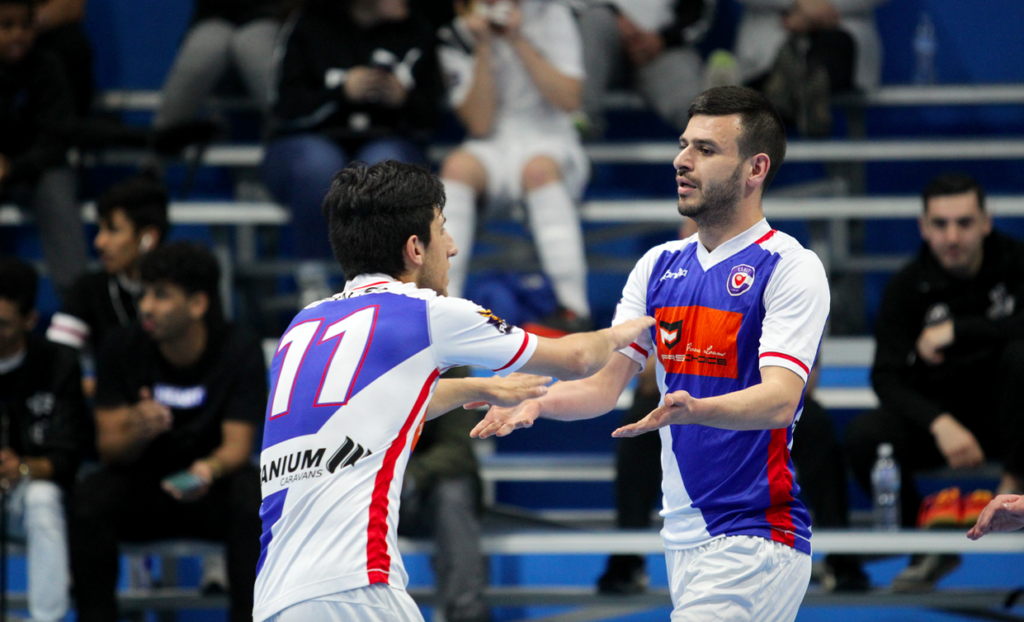 Our first game of the night saw Champions Carlton Heart take on third placed Fitzroy in what was built as the game of the night. It didn’t take long for the Heart to hit their stride as they grabbed the opener through an Ernie Simsek volley, and shortly after Chaaban Rajab toe poked home from close range to double the advantage. It was three shortly after as a Rico Hauser stunner from a side ball found the net as the Heart were threatening to blow their opponents out of the water. The Tigers hit back through a well taken Fernando De Moraes free kick to steady the ship, but would concede once again to a fantastic move from Carlton which saw Victor Cruz finish it off. Late in the half some good work from Leo Kimpara saw him win a penalty, which Fernando De Moraes stepped up and converted to have Fitzroy trailing by two at the break.

Carlton struck just two minutes into the second half as Ernie Simsek picked out the top corner from near on half way, and when an own goal went in off Scott Rogan Fitzroy looked dead and buried and in danger of conceding a heap of goals. A Josh Pulvirenti header off a great long throw from Foti Karatzas added to the Heart lead as they were doing as they pleased. Scott Rogan would pull a goal back as he beat his man and finish under Karatzas. A well taken set piece from Fitzroy saw Jimmy Soufis convert another as there was a mini fightback on. Carlton sealed the deal when Jackson Georgi slotted through the legs of Giovanny Garcia to seal a dominant victory for the Heart. 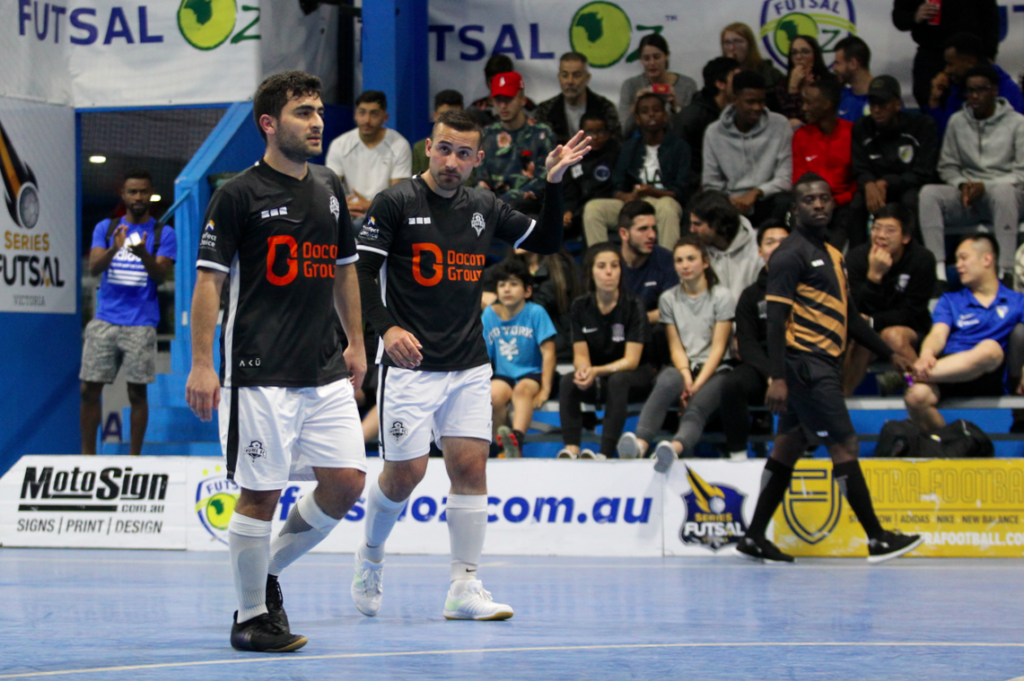 Next up saw Hume take on Melbourne Athletic in a game that was vital to both sides to claw their way out of the relegation scrap. Muhammed Temel opened the scoring for Hume with a well placed low effort to give the Army the lead. A well worked set play soon after soon Ubeyde Cicek find the net to double the advantage, before a Simone Pelletti free kick split the wall and halved the deficit. Hume answered back again as Cicek finished nicely for his second of the game, before another stunner from Temel had Hume in control of the game at
4-1. A lovely ball from Temel then found Zois Galanopoulos who finished on the turn to give Hume a commanding 5-1 half time lead.

Early in the second half the goals kept on raining as a well taken set piece saw Resit Culculoglu finish it off to make it 6-1. Melbourne Athletic stemmed the flow of goals for a little while until some good work from Moe Matar saw him find the net to extend the lead. A ten meter penalty for Hume saw Cicek complete his hat trick, before a ten meter went Melboure’s way which Pelletti converted to add some respect to the scoreline. A long strike from Cicek gave him his fourth of the game to round out a dominant win for the Army.

Next up saw Altona Knights looking to climb out of the relegation zone as they took on top of the table Pascoe Vale. With Pascoe pushing for the title they got off to a solid start when Gerardo Soto tapped in at the back post to open the scoring. Andre Caro then lashed home a side ball to double the advantage, before a long throw saw Caro scissor one home to make it a 3-0 lead for the Lions. Altona Knights pulled a goal back as Nikola Jurcic snapped home an effort. A throw from Spiteri then took a touch off Gerardo Soto which rolled in for an own goal to pull Altona within a goal. Another side ball routine saw Caro tap home at the back post to complete his hat trick and take Pascoe into the half time leading 4-2 at the half.

Early in the second half Pascoe added to their lead as Behrad Behzadpour netted, before a good ball to the back post saw Joao Da Silva slide in and make it 6-2. Tony Saric would pull a goal back to keep Altona in it, but it was Pascoe day as Caro finished off another good move for his fourth of the game, before Altona’s attempt at the fifth man failed and Caro rolled a ball home for his 5th of the game. Altona got a goal back to add some respect to the score but on the final which Joao Da Silva put away the ninth of the game to seal a commanding win for Pascoe Vale. 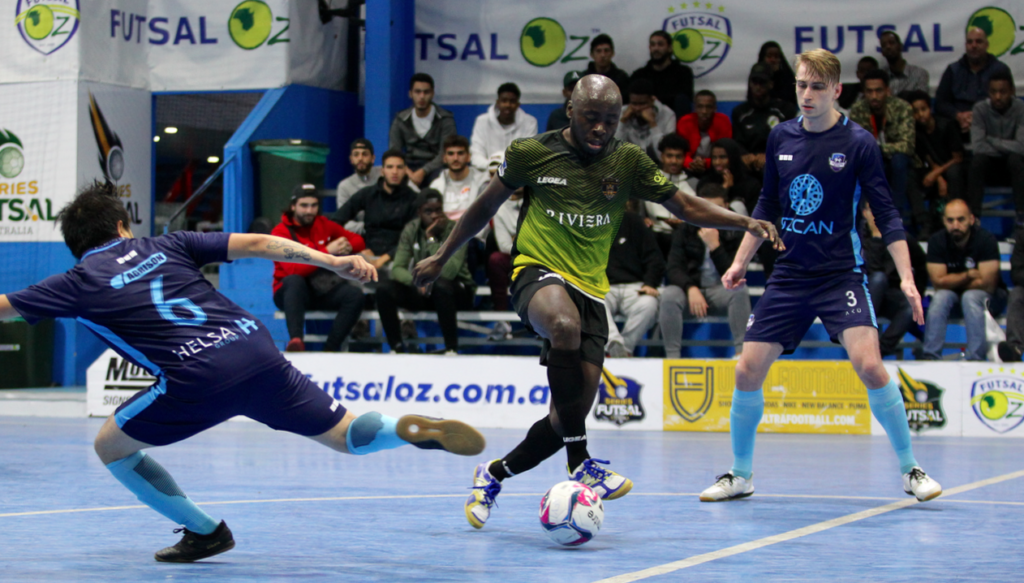 Our final game of the night saw bottom of the table Western Wolves face title chasers Moreland. The Wolves opened the scoring through a Rodrigo De Faria strike, but it didn’t last long as Adam Cooper beat his player and finished to level proceedings. Moreland took the lead again after a well taken throw in was volleyed home by Ruz Roslan, before Atay Ibrahim lashed home a corner to have Moreland leading 3-1 at the half time break.

The Wolves were not going down easily and drew themselves level after strike from Melvin Becket who amazingly struck directly from a corner and a Lokman Ramadan goal had brought the Wolves right back into the contest. The game was on a knifes edge with both sides having chances to score, before Moreland took the lead again through an Abdirahman Ahmed strike, and soon after a mistake at the back saw Ruz Roslan roll a ball into an empty net to all but seal the game. Ramadan struck straight from the kick off to set up a grand stand finish but Moreland would hang on to take a very hard fought three points. 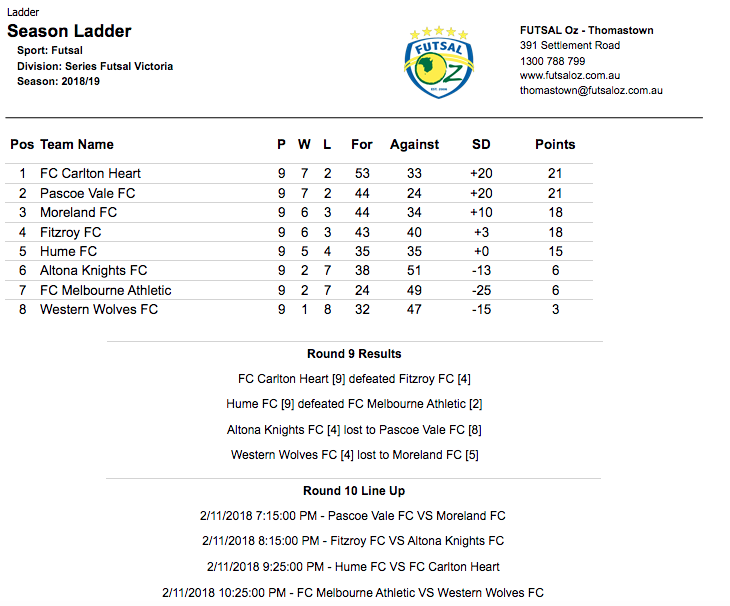