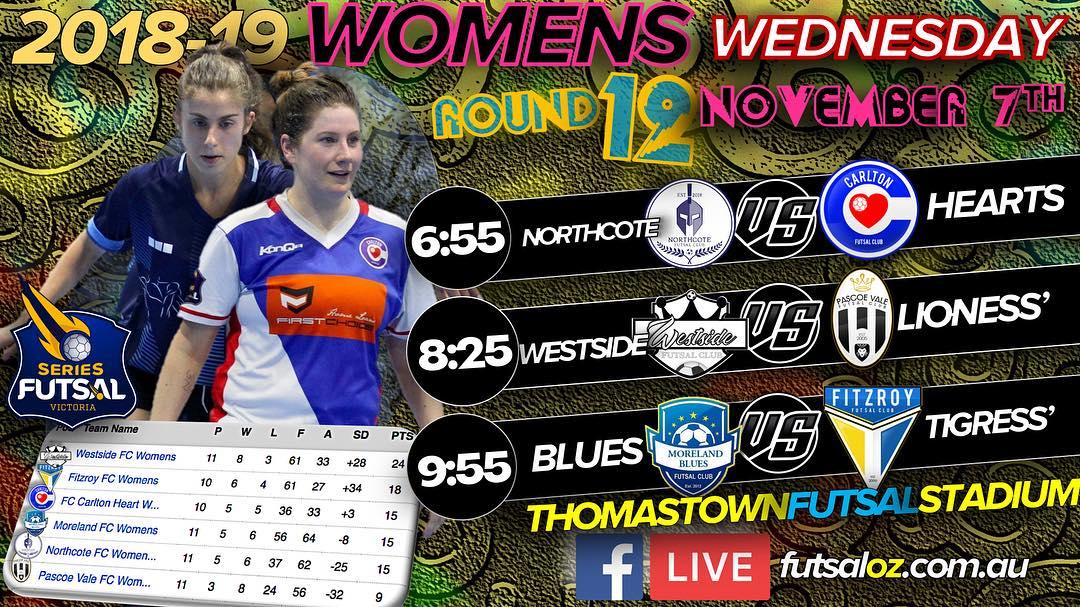 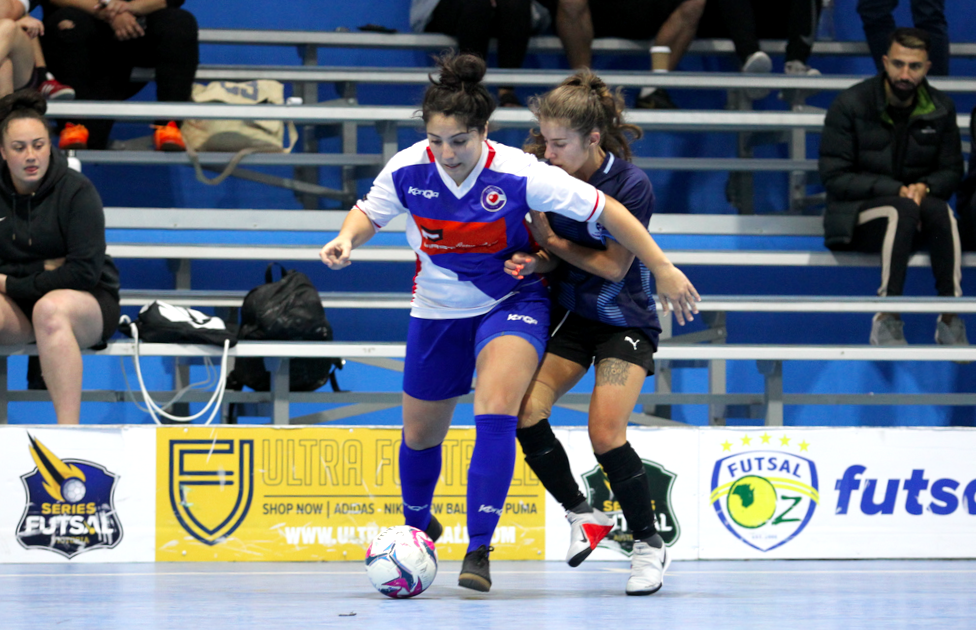 Our first game saw Northcote take on Carlton and with both sides locked on the same points a win was crucial. Carlton were peppering early and grabbed the opener after some good hustle from Rebecca Saber saw her convert the opener and that would be the only goal of the first half as the Heart took a slender lead into the break.

Early in the second half Northcote drew level as a long ball was turned to Camilla Fresneda who finished her one on one chance to bring Northcote on terms, but a time out from Carlton saw a set piece from the kick off work a treat as Rebecca Davies fired home to restore the Carlton lead. Northcote would again pull level via a Claudia Dimasi strike as we finished level and the game went to the penalty mark.

Carlton edged the shootout converting all their penalties to take a vital win. 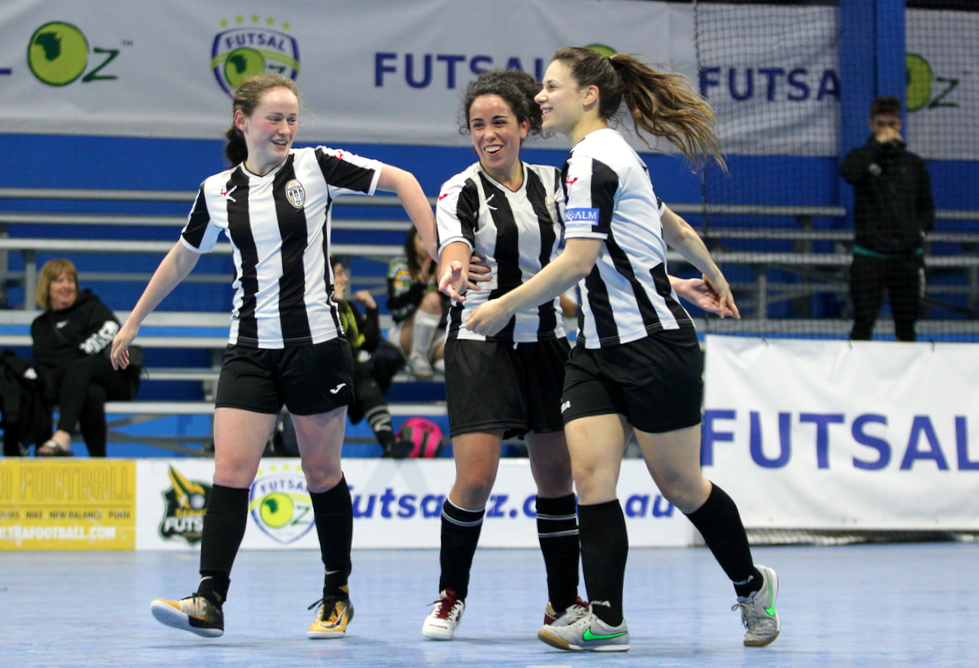 Next up saw ladder leaders Westside face bottom of the table Pascoe Vale. The league leaders struck first through Monica Fonua who fired home the opener after a turnover from Pascoe, But Pascoe would hit straight back with Anita Odd finishing from close range to ensure we went into the break locked at one.

Westside would go ahead again in the second half as a long ball was cut back to Monica Fonua who again converted to restore the advantage for Westside. Some great skill from Abbey Flight soon after saw her chip the ball over her defender, before chipping an onrushing Christine Fonua to level the scores once again. Some good pressure from Pam Demetriou saw her deflect the ball home off the Pascoe keeper to put Westside ahead for the third time as they looked to hold on for the win, but with just second let on the clock Anita Odd would fire home from around ten meters to send the game to the penalty mark.

A series of penalties were scored and missed only for Pascoe to come up on top in a high scoring shootout. 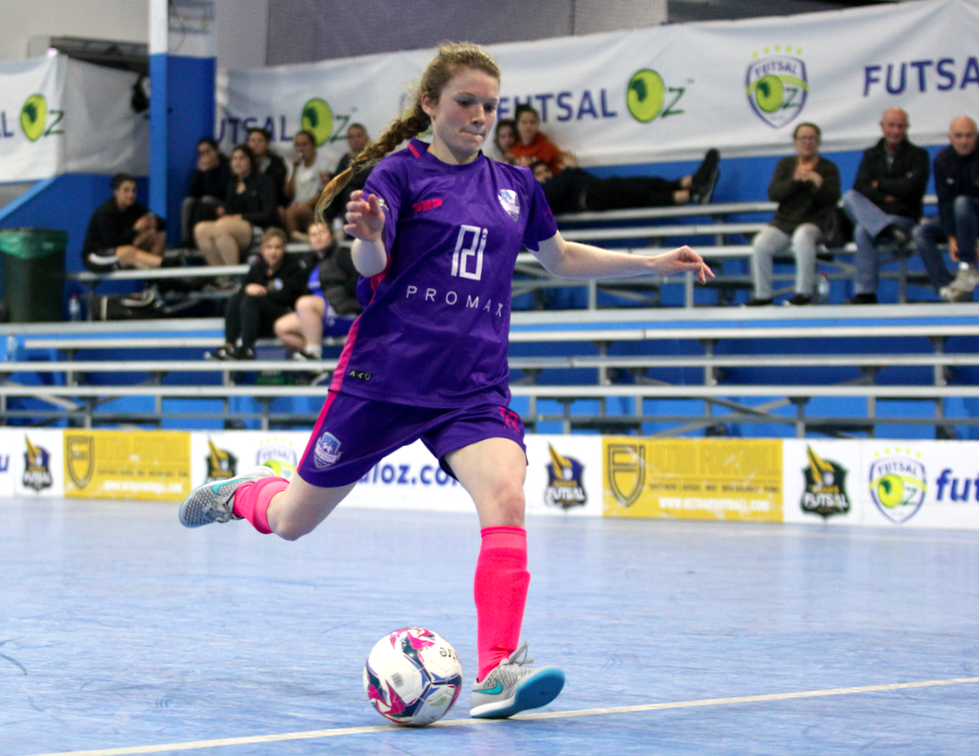 The final game of the evening saw old rivals Moreland and Fitzroy do battle in a must win for both sides. Fitzroy opened the scoring after a good ball from Em Coppock found Sarah Richardson at the back post to put her side ahead, before Moreland struck to draw level through Louise Mcmullen at the other end. Fitzroy were ahead for the second time as Elaina Vatcky rifled home an effort, before Em Coppock tapped home from close range to open up a two goal lead. From the kick off Moreland hit back as Louise Mcmullen struck another goal back to take her side into the break trailing by a goal.

A quieter second half in terms of goals saw both sides have their chances, but it would only be a free kick from Moreland which saw them fire home through Jessica Au to see the game end level and head to the penalty mark.

Moreland would come up trumps in the shootout as they converted all three of their penalties to take a vital win. 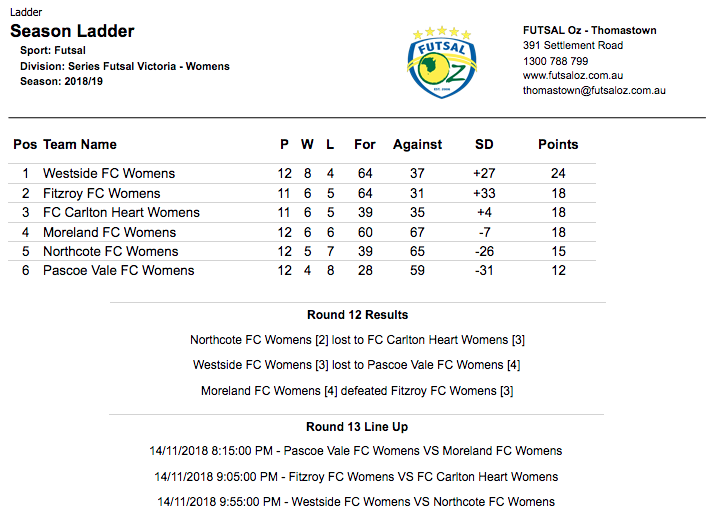