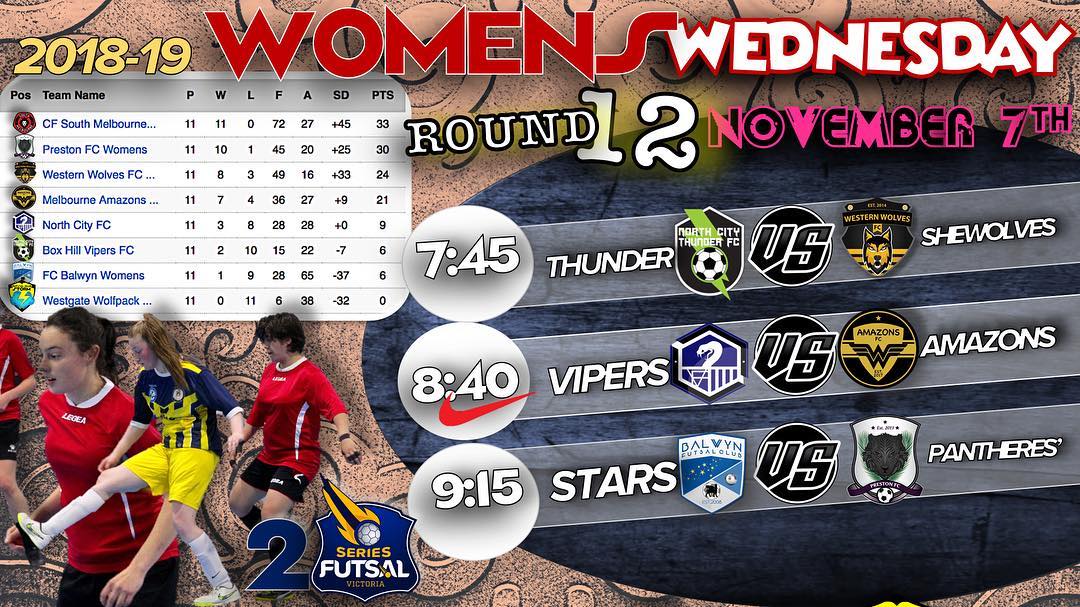 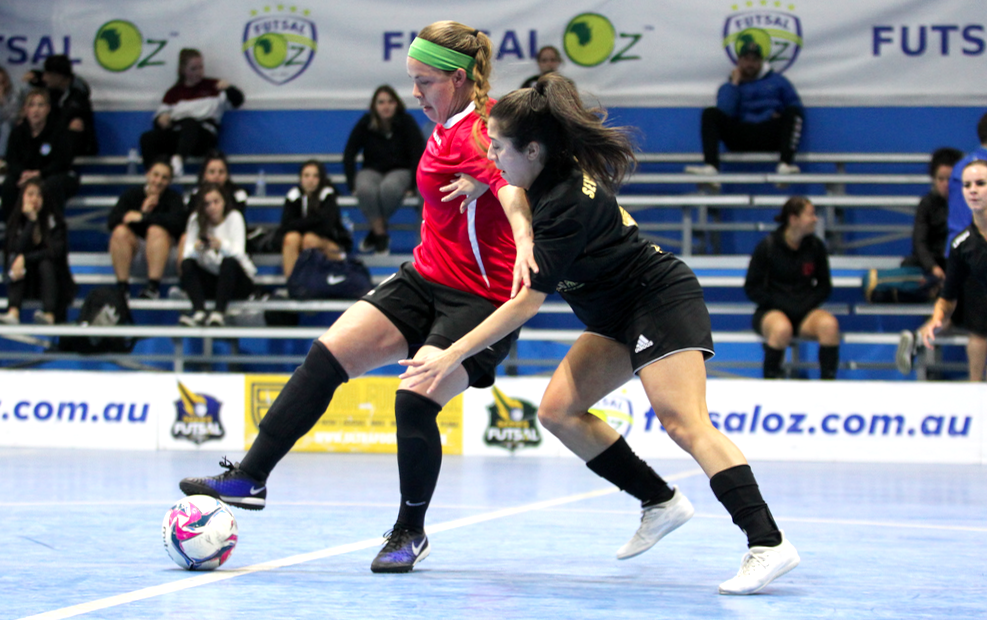 Our first game of the round saw North City face Western Wolves in a must win for both sides. Wolves would open the scoring after a fast paced start to the game as in form Mary Hubeek saw her first effort saved, only for it to be put in at the second time of asking as they would hold that lead until the half time break.

Early in the second half the chances continued flowing for both sides, but it would be the Wolves who grabbed their second of the game as Hubeek struck on her left foot to double the advantage. City answered back as Janelle Sammut struck at the back post to halve the deficit and a similar play shortly after saw Sammut convert after her first attempt was saved to send the game to a penalty shootout.

City converted all their penalties and with the Wolves missing the first one they would take a vital win. 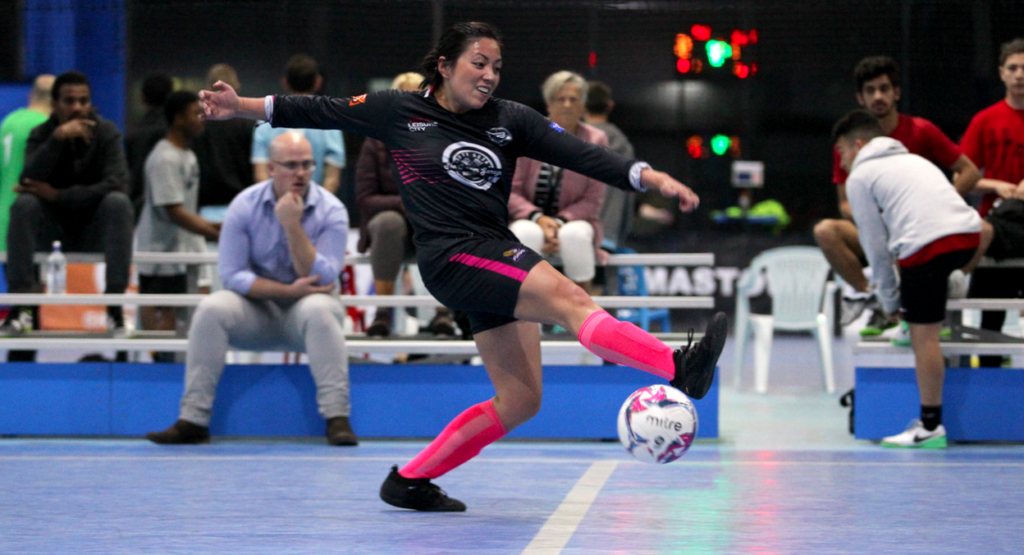 Next up saw Box Hill take on a title chasing Melbourne Amazons. The Amazons edged the first half as they built a 2-0 advantage on the back of two goals from Aisha Imran to have her side in a commanding position at the break. 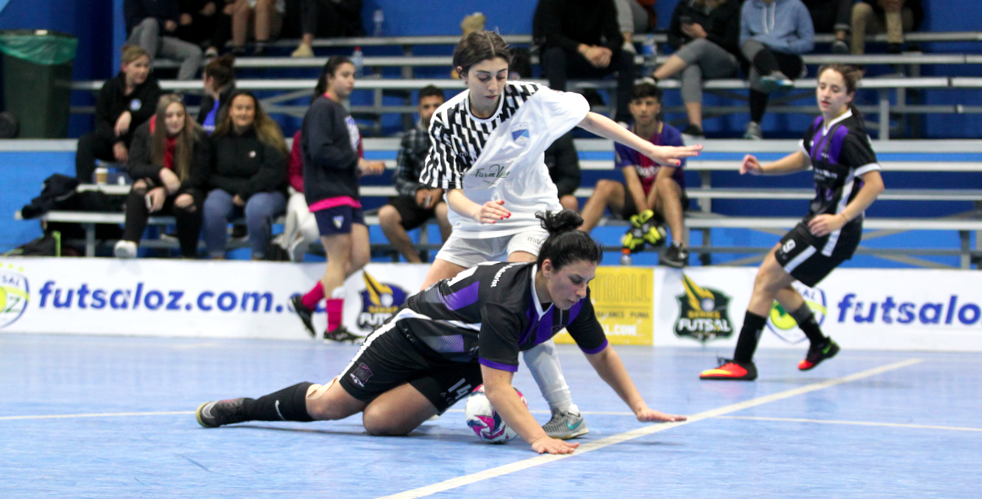 Our final game of the evening saw Balwyn face title challengers Preston. Balwyn would open the scoring as Amar Ayache finished her one on one chance, only for Elizabeth Eyar to hit back for Preston, continuing her goal scoring form. Eyar then struck for a second time to put Preston ahead for the second time on the night, but Balwyn would fire back through Ayache again to level the scores for a second time. Taylor Halabi then converted as her first time effort found the net to see Preston take a slender lead into the break.

Preston would build on their lead when a lovely bit of play saw Jasmine Lazarevski find the net with a simple tap in at the back post. Bruna Silva struck to keep Balwyn in the contest but they would fall just short of sending the game to penalties as Preston held on for an important win. 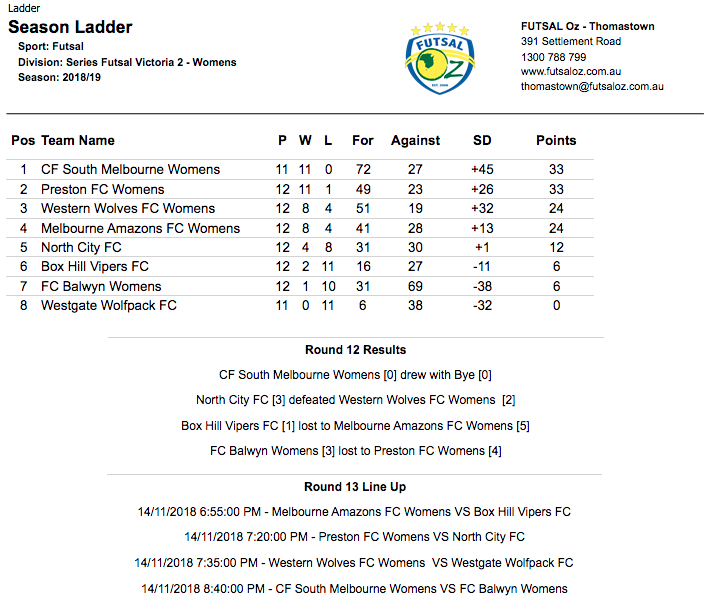