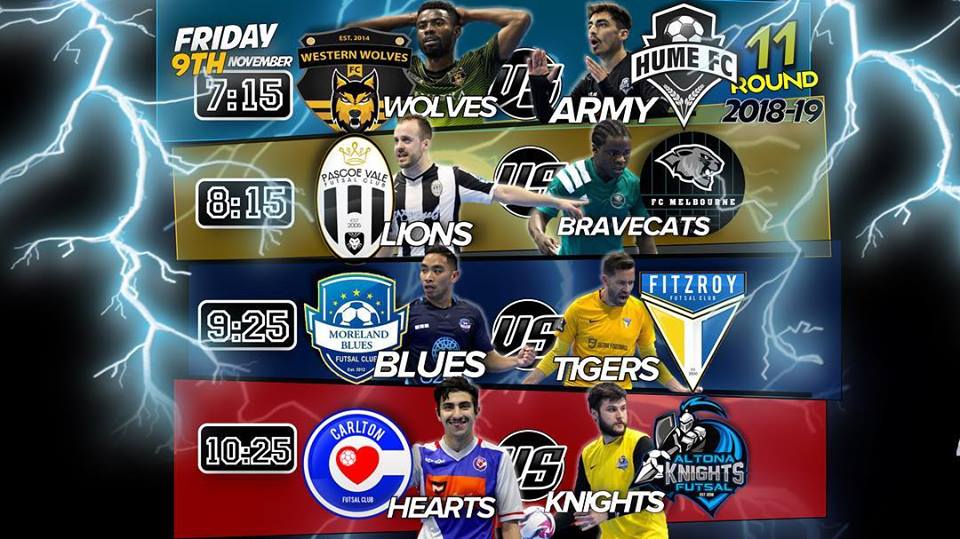 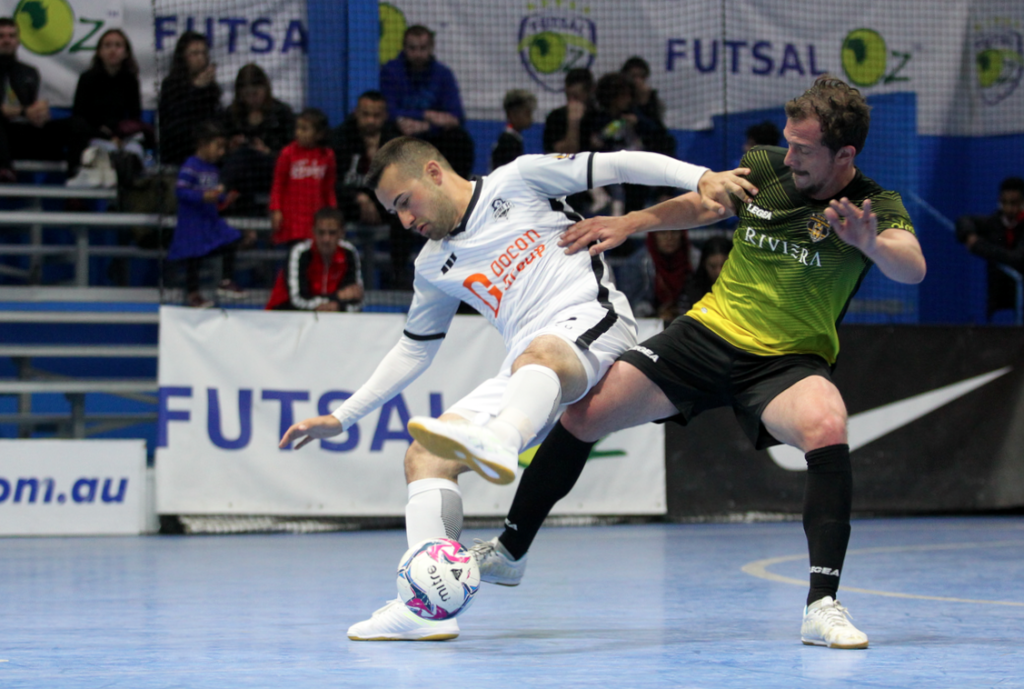 Our first game of the night saw a struggling Western Wolves looking to make it two wins on the trot as they faced an in form Hume. The Wolves grabbed the opener through corner specialist Melvin Beckett who struck from a corner for the second time this season to give the Wolves the lead. Hume fired back through Moe Matar who certainly let the crowd know that he had levelled the game. Hume then hit the front as Ubeyde Cicek struck from a corner as it some how found its way in at the near post. Wolves answered back once again as Lokmen Ramadan lashed home an effort on his left foot to level the game at 2-2 going into the half time break.

The second half saw less chances created for both sides, though Hume had more of them but were denied time and time again by the brilliant Billy Atik in goals. Nobody added to their tally as we headed to the penalty mark.

There was only penalty scored in the shootout as Lokmen Ramadan converted what turned out to be the match winner as the Wolves sealed a vital win as they look to climb out of the bottom three. 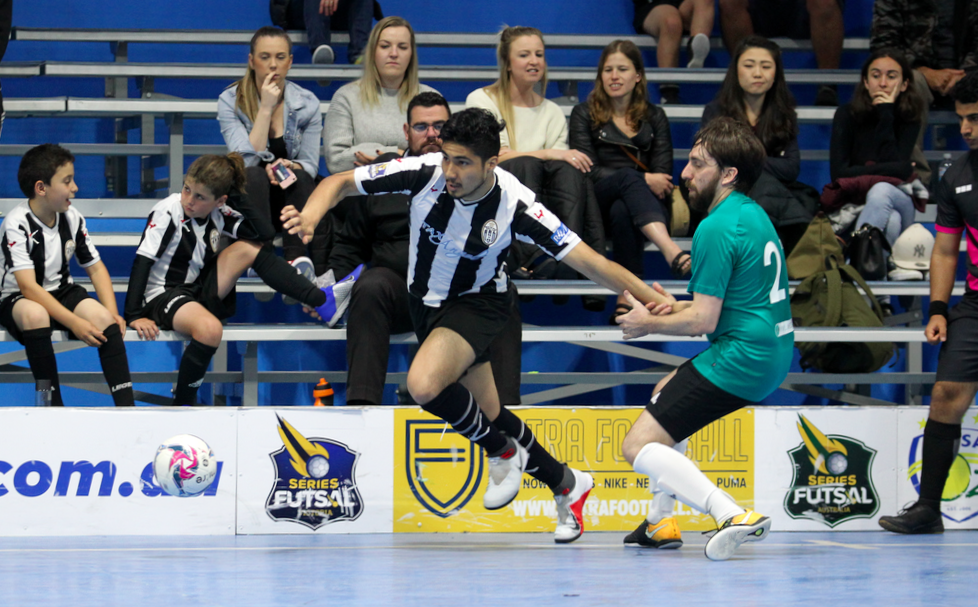 Second up saw second placed Pascoe Vale face relegation threatened Melbourne Athletic. Pascoe wasted no time in opening the scoring as Joao Da Silva fired home off the post. Henrique Pimenta cut inside and finished to double the advantage. A long ball from Melbourne was deflected in by Brian Lim to halve the deficit. Andre Caro cut inside and while his shot was saved by Paschalidis before the rebound was put in by Alisson Lima Da Rossa. Da Rossa then struck from a corner to make it 4-1 as the game was blowing out. Behrad Behzadpour then found the net to make it 5-1. Ben Grill struck a cracking goal from halfway to keep his side in the contest, before a throw in was turned in by Grillo again to have Melbourne up and about. With second remaining in the half Lim headed home to have Melbourne within a goal at the half time break.

Early in the second half Felipe Bley struck a belter from beyond halfway to restore the two goal advantage, before a lovely move from Pascoe saw Pimenta tap home to open up a three goal cushion. Ben Grillo backheeled home to complete his hat trick and keep Athletic in the game at 7-5. Pascoe then fired home twice more through two left footed efforts from Lucas Vaz & Gerardo Soto to all but ice the game, and when Caro struck at the near post the game was dead and buried. Grillo found Lim at the back post who also completed his hat trick, but it would only be a late consolation as Pascoe ran away comfortable winners. 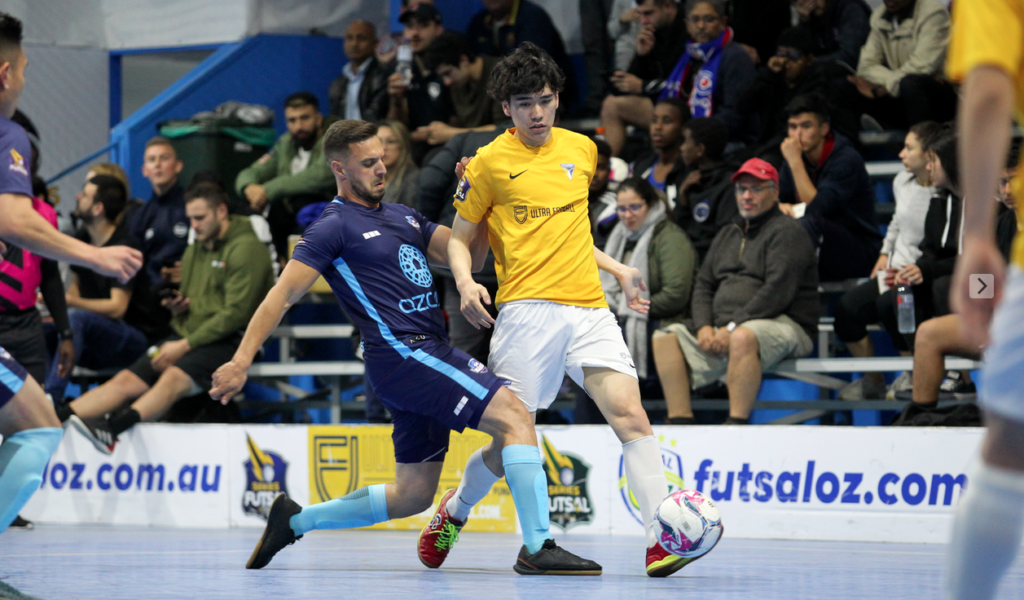 Next up was the match of the round as Moreland who sat in third took on Fitzroy who sat in fourth. A win was vital for both sides and after an intense opening, Moreland struck first through Abdirahman Ahmed who fired home at the near post. A well taken corner from Moreland saw Abdirizak Ahmed lash home to double the Blues advantage. Fitzroy hit back through Jose Filho who struck on his left foot to halve the deficit, but a free kick to Moreland was well finished by Kui Mu high into the net to give Moreland a handy 3-2 lead at the half time break.

Early in the second half Fitzroy lifted their game and got a goal back through Fernando De Moraes to bring his side within one, but Moreland seemed to have an answer every time as Abdirahman Ahmed got his second of the game to restore the two goal buffer. Fitzroy replied instantly through a quick free kick which Cosimo Russo finished off and soon after they were level as Scott Rogan tapped home to even the game at four. Fitzroy then hit the front as youngster Elias Parthimos lashed home an effort off the crossbar to make it 5-4 as the game was really heating up. Scott Rogan then got his second of the contest to open up a two goal lead for Fitzroy as they had four on the trot. Moreland pulled a goal back as Adam Cooper’s ball into the area saw Abdirizak Ahmed finish to set up a grand stand finish. Though a late goal from Fernando De Moraes would seal a memorable Fitzroy victory as they came from behind to snatch a vital three points. 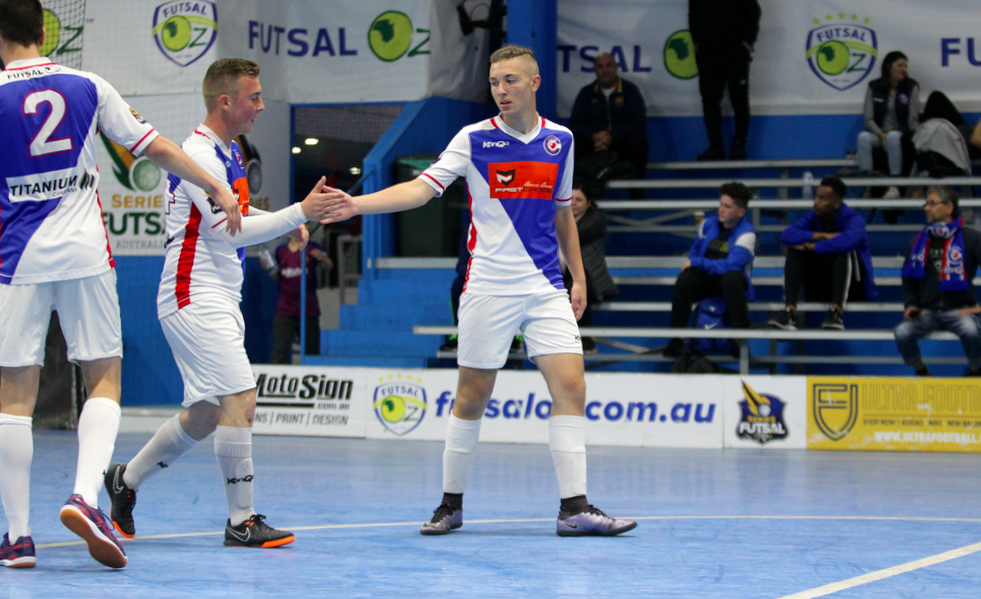 The final game of the evening saw ladder leaders Carlton Heart take on a relegation threatened Altona Knights. The Heart were on top early and got the opener through Jackson Georgi who tapped home. Rico Hauser struck from distance to double the advantage, before Georgi again struck to make it a 3-0 lead to Carlton. Josh Pulvirenti would add the fourth of the game, before youngster Sinan Gluhak netted to have Carlton ahead 5-0 ahead at the half time break.

Altona came out in the second half with a bit of energy and a well worked move was finished by Simon Menichelli to potentially spark a comeback. Carlton were too strong though and added another through Rico Hauser to make it 6-1, before a great ball from Arturo Garzon was tapped in by Pulvirenti for 7-1. A turnover from the Knights gave Ali Al Sharani the chance to net, before Hauser teed up Stephen Gustus for a 9-1 advantage. Hauser then turned provider for Gluhak’s second of the game. Arturo Garzon would get the final goal of the game to seal a routine win for Carlton. 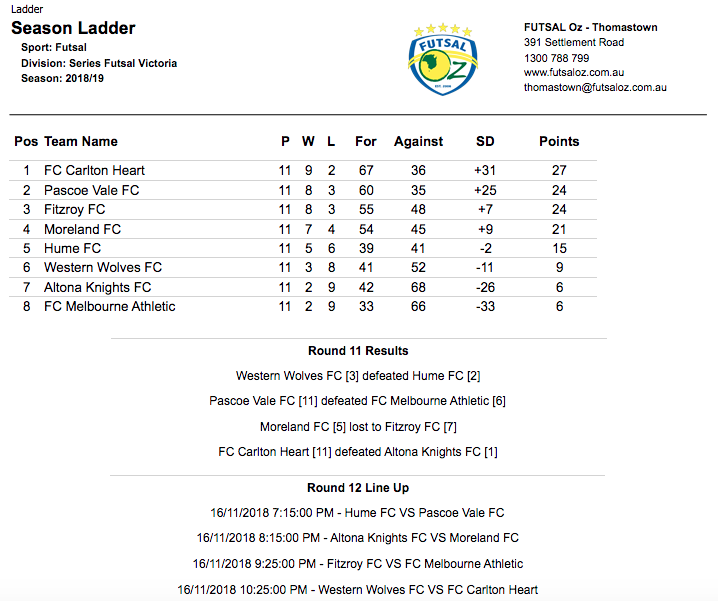