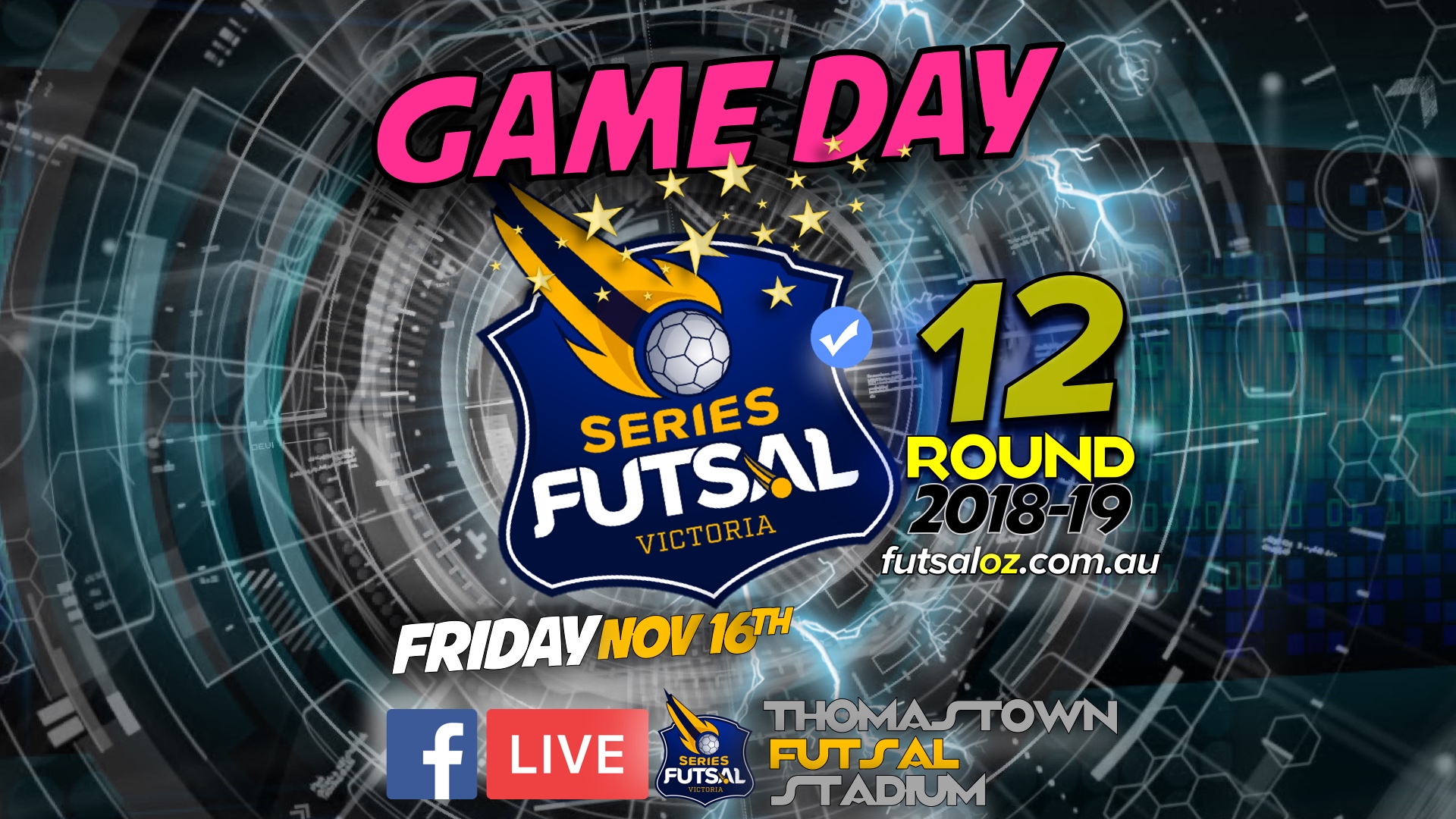 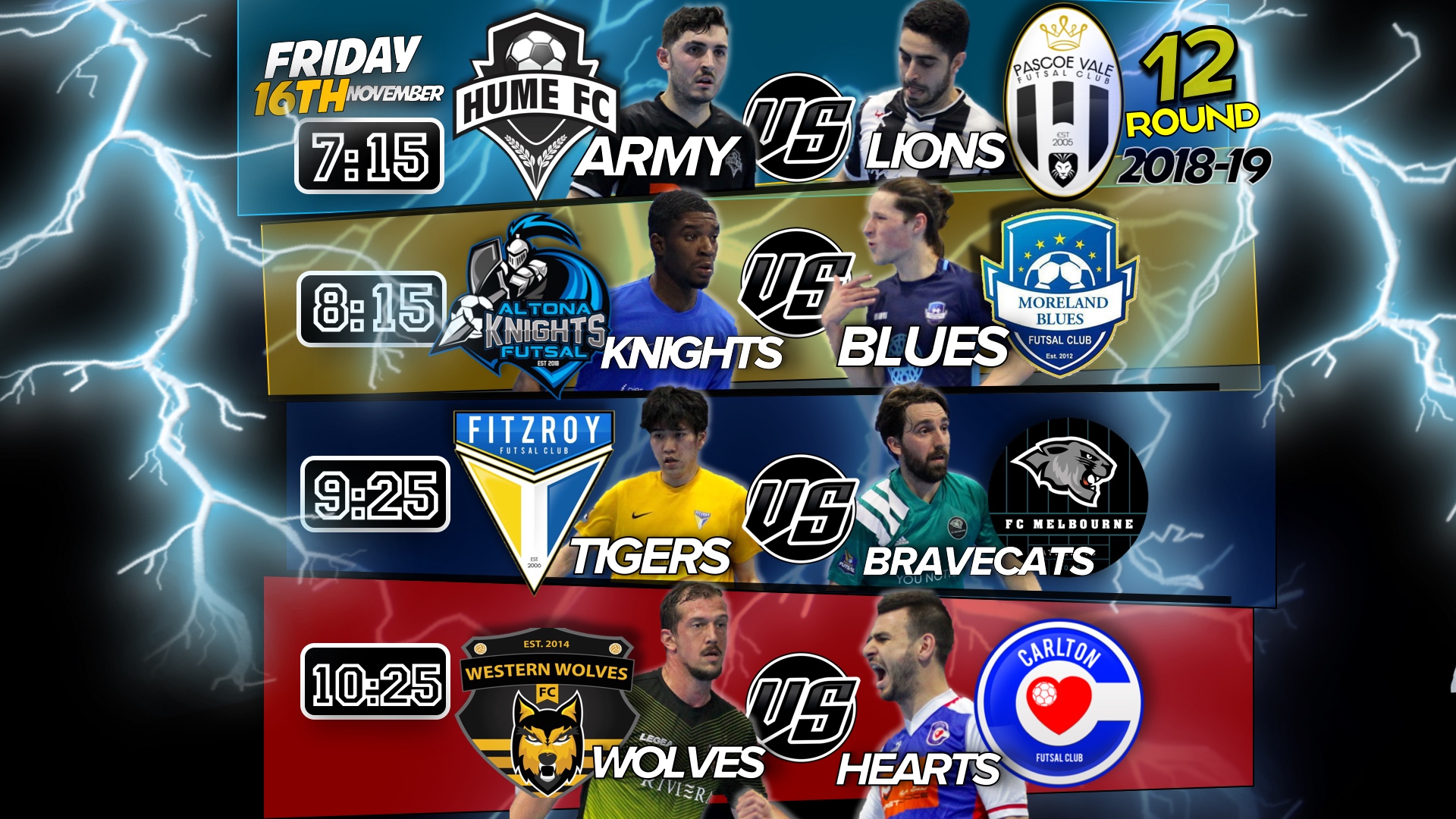 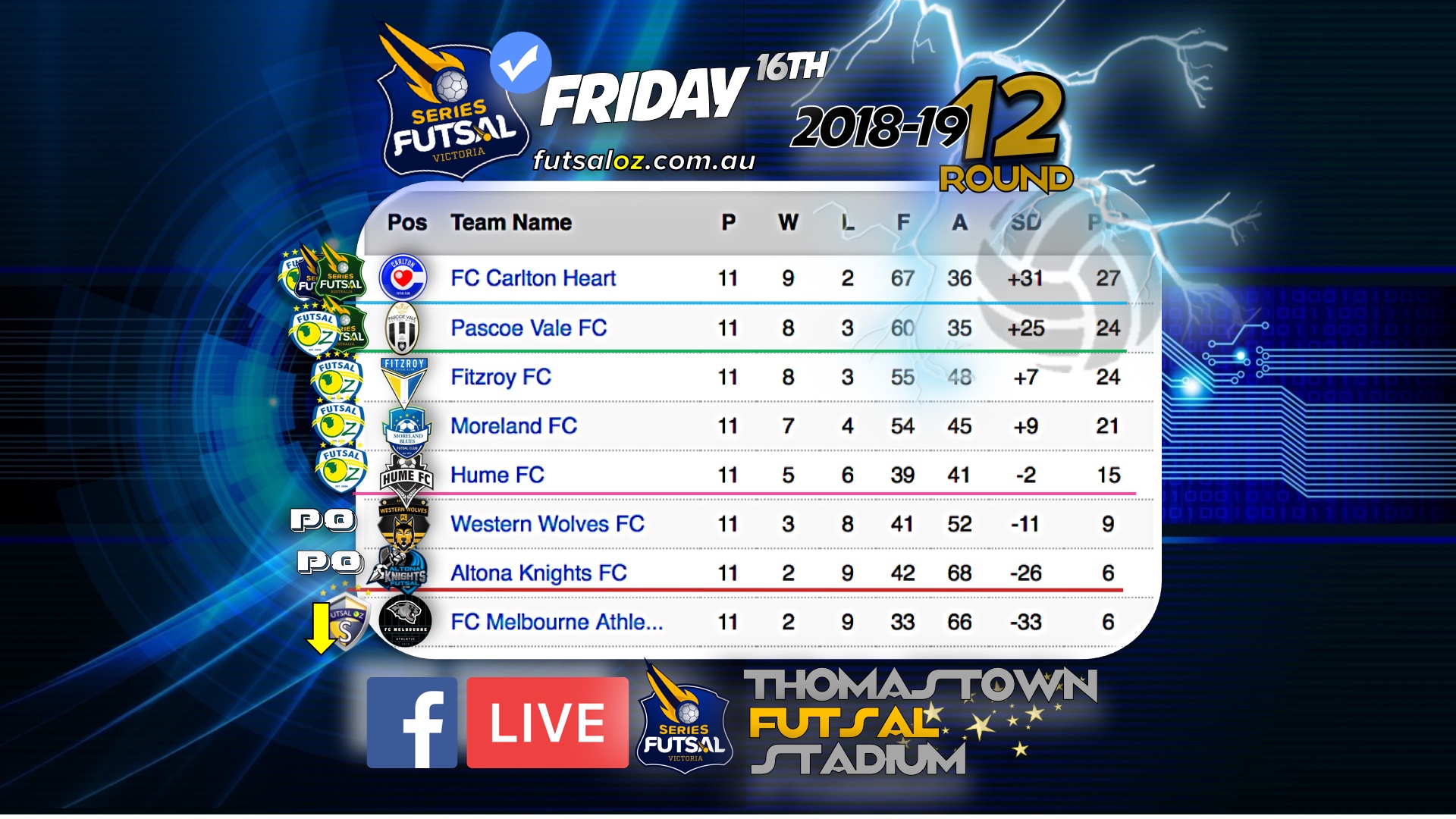 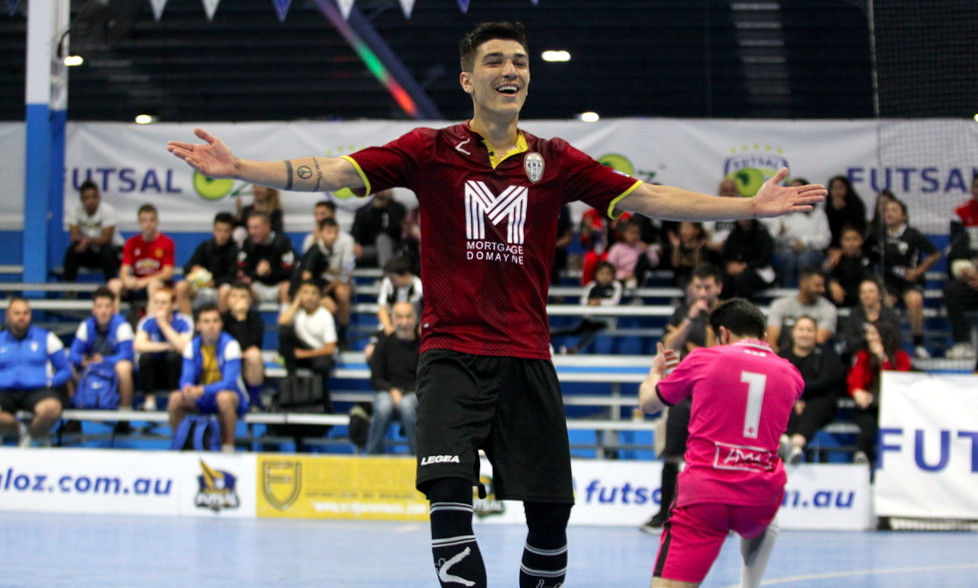 Our first game of round twelve saw Hume face Pascoe Vale and with both sides needing the points for different reasons this one was a crucial clash. Amazingly despite the chances, neither side found the net in the opening half with both keepers at the top of their game, though Hume stopped Enes Ozkoca was the busier of the two as we went into the break locked at zero.

Finally Pascoe Vale would break the deadlock in the final six minutes of the game as Henrique Pimenta lashed home a left footed strike to give the Lions the lead. With time running out Felipe Bley went on a run out of his goal but lost possession of the ball leaving Zois Galanopoulos with an empty net which he took full advantage of to bring Hume level as we headed to the penalty mark.

Both keepers continued their form into the shootout with the first three penalties all missed, until Pimenta found the net to seal an important victory for Pascoe Vale which keeps them in the title chase. 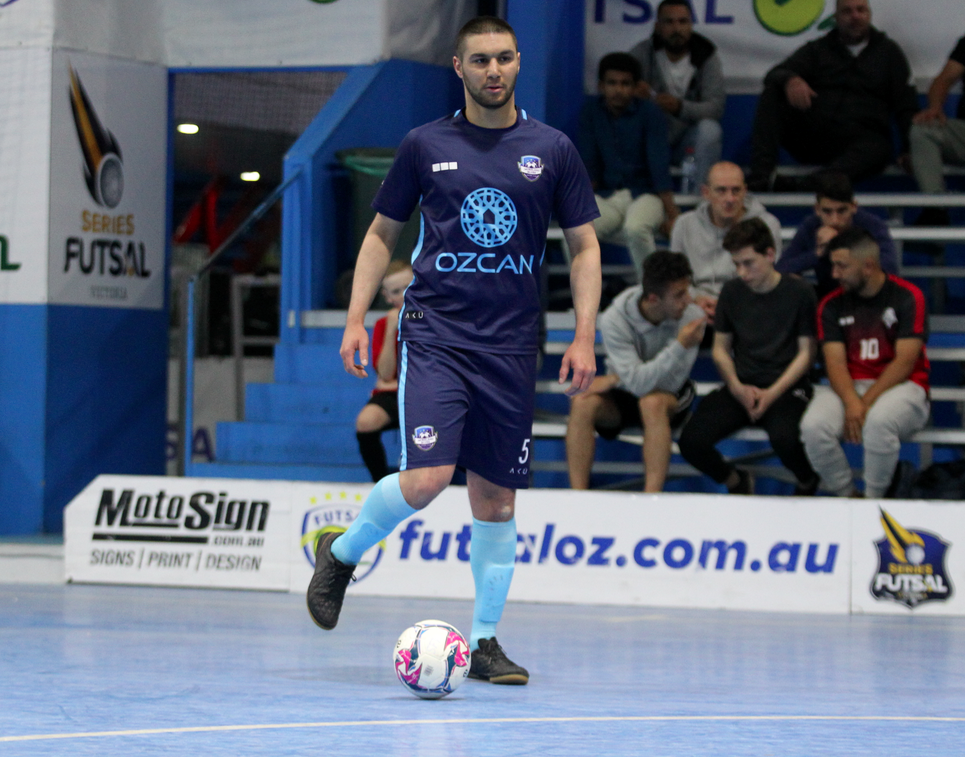 Next up we saw a relegation threatened Altona Knights take on title hopefuls Moreland. Both sides were coming off a loss and were looking to get back on the winners list, and Moreland got off to a flying start as a good one-two play saw in form Abdirahman Ahmed slot home through Frano Saric’ legs to open the scoring. The Blues doubled their advantage when a good long throw from Christos Apostolakis found the head of Abdirizak Ahmed who made no mistake in doubling his sides advantage. The Knights hit back through Nikola Jurcic who rifled home a low effort to halve the deficit, but Moreland replied with a goal of their own as Adam Cooper lashed home on his left foot to restore the two goal cushion. Jayden Meirceica then made his impact on the game as he converted his chance to again have the Knights within a goal at the half time break.

The goals dried up early in the second half until Altona conceded a ten meter penalty which was initially saved by Frano Saric, only for the rebound to fall to penalty taker Cooper to pass into an empty net. A late own goal from Frano Saric only added to the Knights woes as they fell to a disciplined Moreland side who continue to push for the title.

Our next encounter saw Fitzroy face bottom of the table Melbourne Athletic in a vital clash for both sides. It didn’t take long for the Tigers to open the scoring as Scott Rogan fired into the top corner to give his side the lead. Cosimo Russo then found the net from range to double the advantage, before Russo again struck from distance to give Fitzroy an early three goal advantage. Athletic got a goal back through Ben Grillo who finished his one on one chance to have his side in with a chance at the half time break.

Fitzroy extended their lead from the penalty spot as Rogan converted past Alonso, before Ben Monteleone was left with a tap in to seal a convincing win for Fitzroy in a physical contest as they continue to push league leaders Carlton, while Melbourne remain on the bottom of the table for another week. 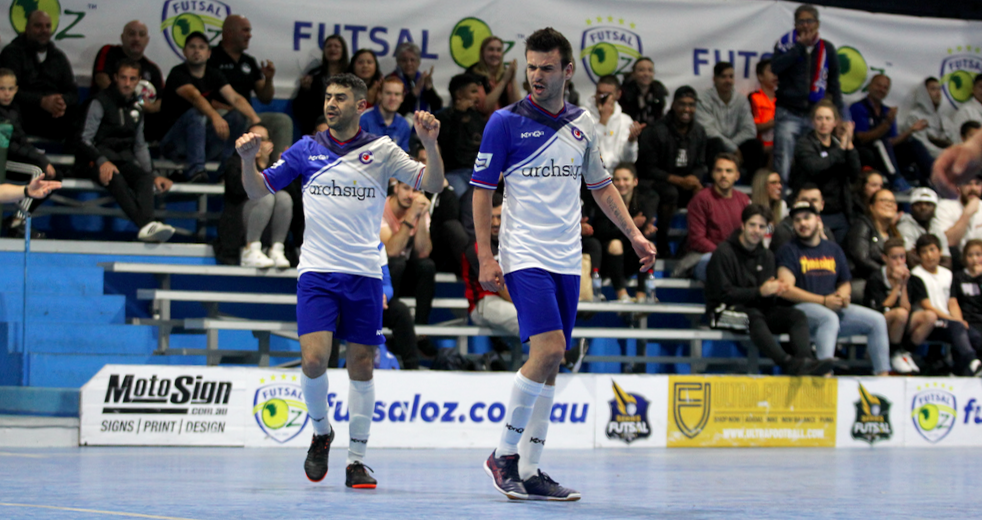 The final game of the evening saw a rejuvenated Western Wolves take on league leaders Carlton who were looking to regain their three point advantage at the top of the table. A fast opening to the game saw both sides with their chances, before Rico Hauser opened the scoring for the Heart with Billy Atik fumbling a ball home to give Carlton the lead. New Wolves man Aymon Lyon marked his debut for the Wolves with a goal as he beat his man and finished to level the scores. Another Wolves debutant then got himself a goal as big name signing Ubeyde Cicek fired home to give the Wolves the lead. Carlton would fire back through an Ernie Simsek strike to bring them level once again, before Hauser got his second of the contest to restore the Heart advantage. Chaaban Rajab lashed home an effort on his left foot before the break to have the Heart leading by two at the break.

The Wolves were far from out of the game and got another goal back through Cicek who had his side within one again. A number of chances went begging for the Wolves in their attempt to draw level and they were punished at the other end as Arturo Garzon headed home from point blank range to all but seal the win. Cicek would complete his hat trick scoring a ten meter penalty with four seconds on the clock but there wouldn’t be enough time to turn it around as Carlton hung on for a win which keeps them on top of the table. 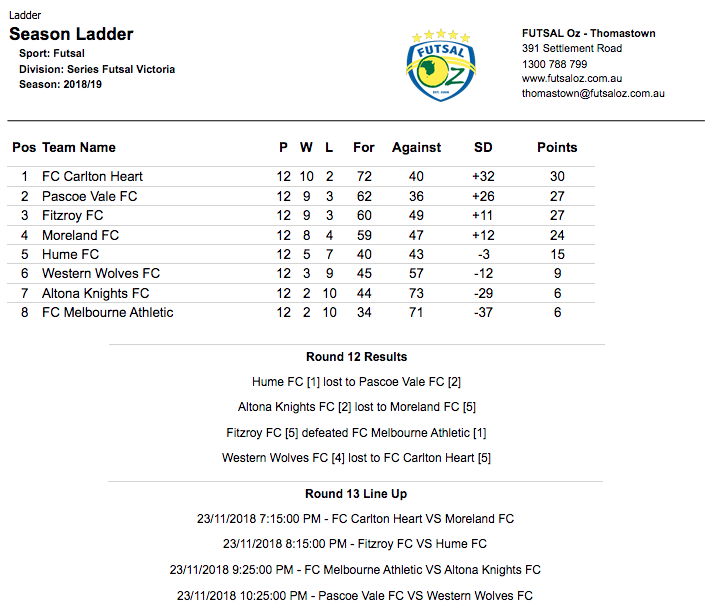 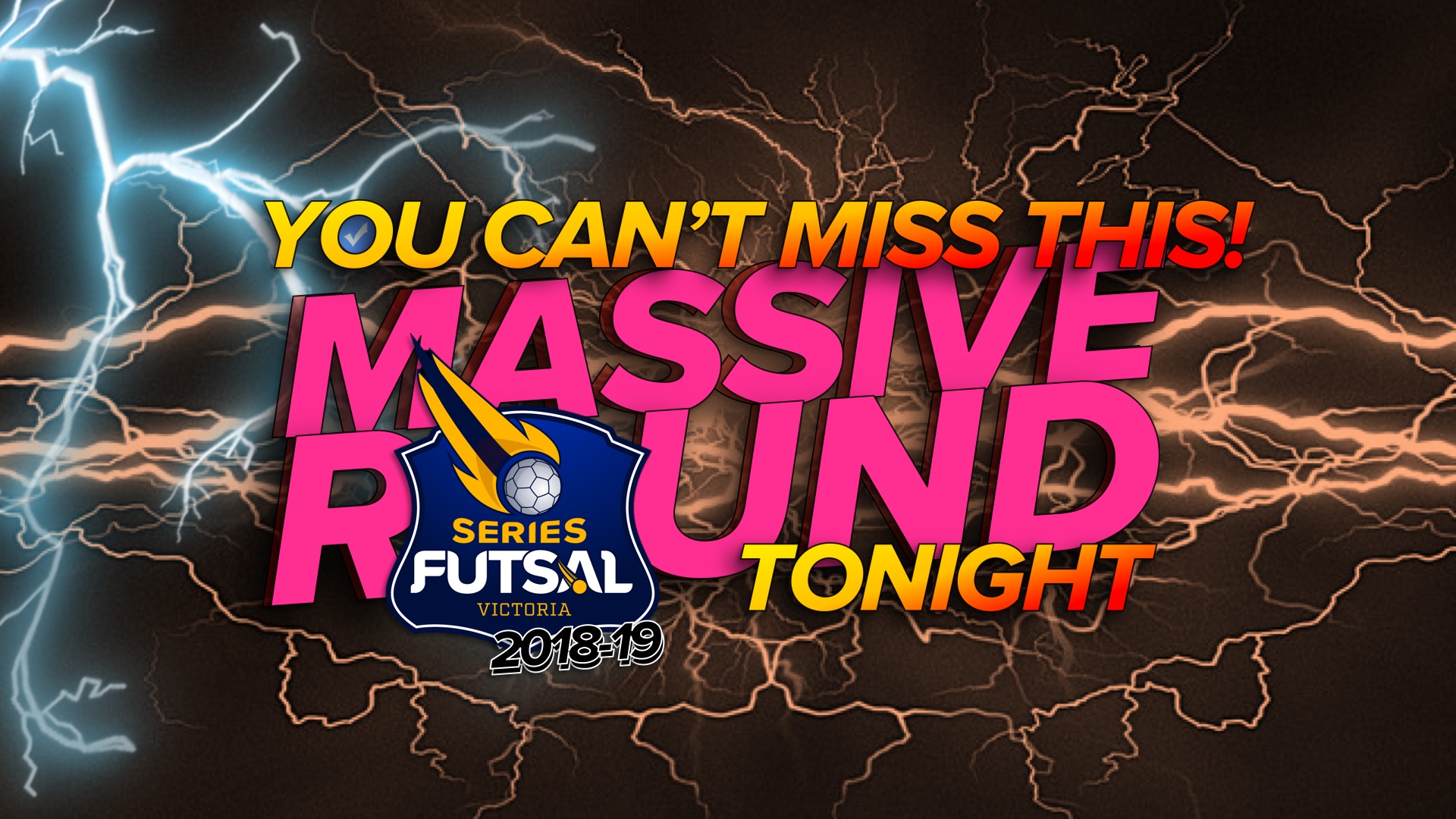 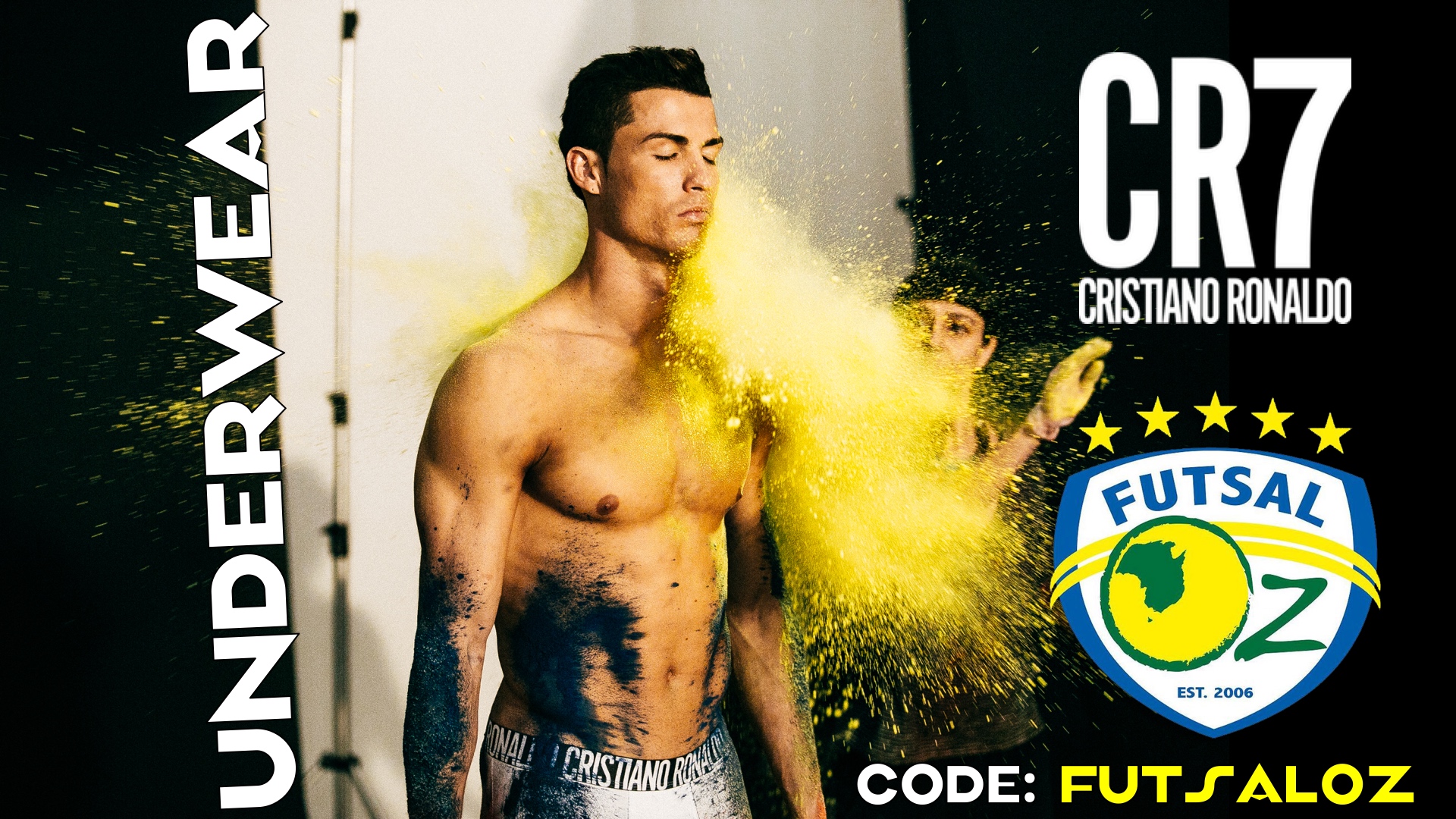