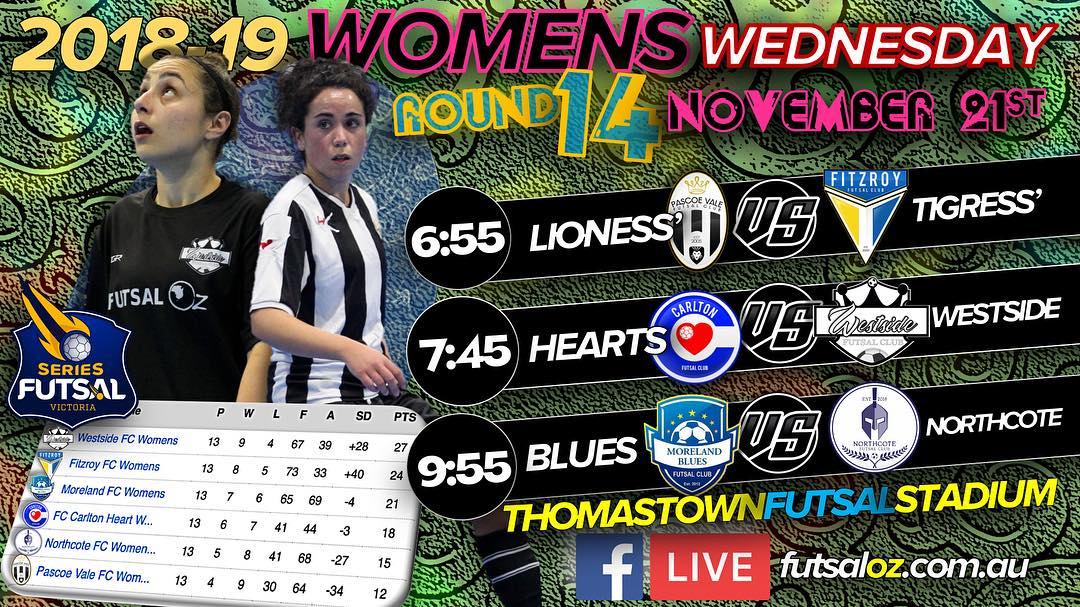 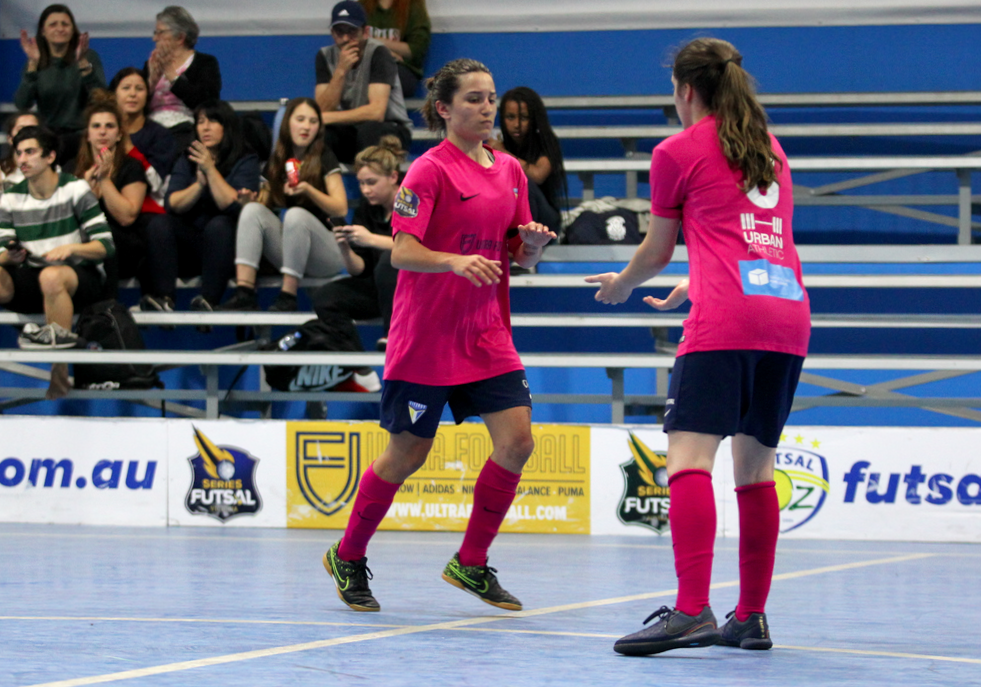 Our first game of the evening saw Pascoe Vale take on Fitzroy as both sides needed the points for different reasons. Fitzroy had a fast start as a stunning goal from Sarah Richardson opened the scoring before another belter from Richardson doubled the advantage. Fitzroy were three up when Elaina Vatcky converted from close range as the game was threatening to be a blowout. Pascoe hit back through a well worked move which was tapped home by Bruna Silva to get her side on the scoresheet before Julie Tran netted before the break to have her side within a goal at the break.

Pascoe were level early in the second half as a tap in from Abbey Flight tied the game at three and soon after the lionesses were ahead as a toe poke from Beatriz Gonzalez had her side in the lead with four straight goals. Fitzroy answered back almost from the resulting kick off as Stacey Papadopoulos found the net to tie the game again and in the final two minutes Fitzroy found a winner as a ball across the D was turned in for an own goal from Gonzalez to give the Tigeresses the win and keep them in the title hunt. 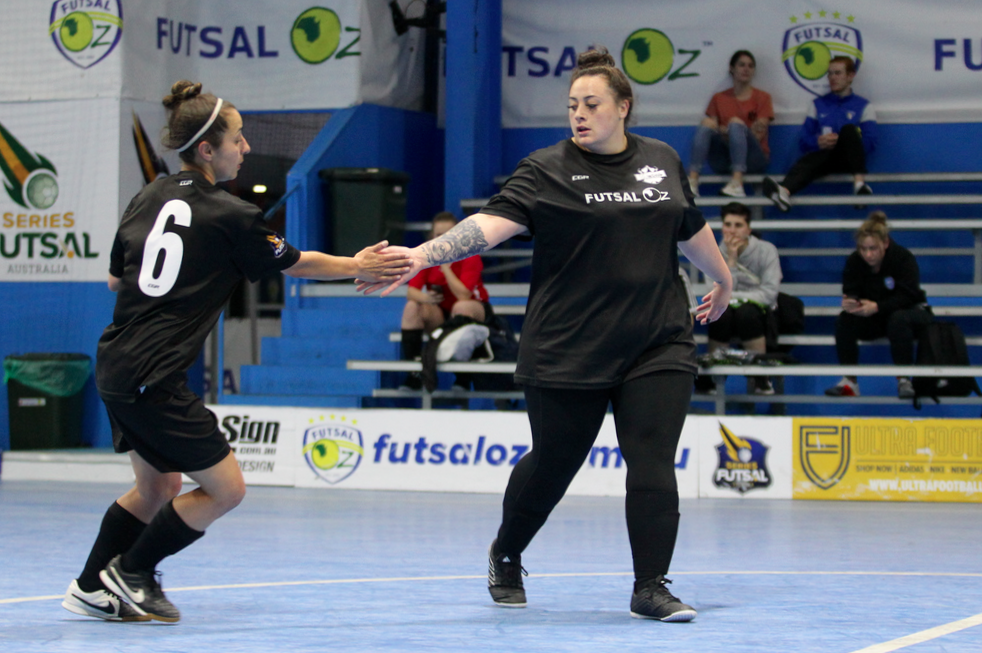 Our middle game of the card saw Carlton Heart face league leaders Westside. In a tight first half all that would separate the side was a cracking strike from Lisa Fonua as she found the net from range to open the scoring and have her side ahead at the break after a ten meter penalty after the whistle from Rebecca Davies was saved by Christine Fonua to keep her side ahead.

Early in the second half a scramble on the edge of the area was lashed in by Monica Fonua to double the advantage, only for Carlton to find the net through a Rebecca Davies strike to keep the Heart in the game. A counter attack from Westside saw Monica Fonua get her second of the game as she forced the ball over the line, before a late free kick from Penny Bakopoulos sealed all three points as Westside remain on top of the table. 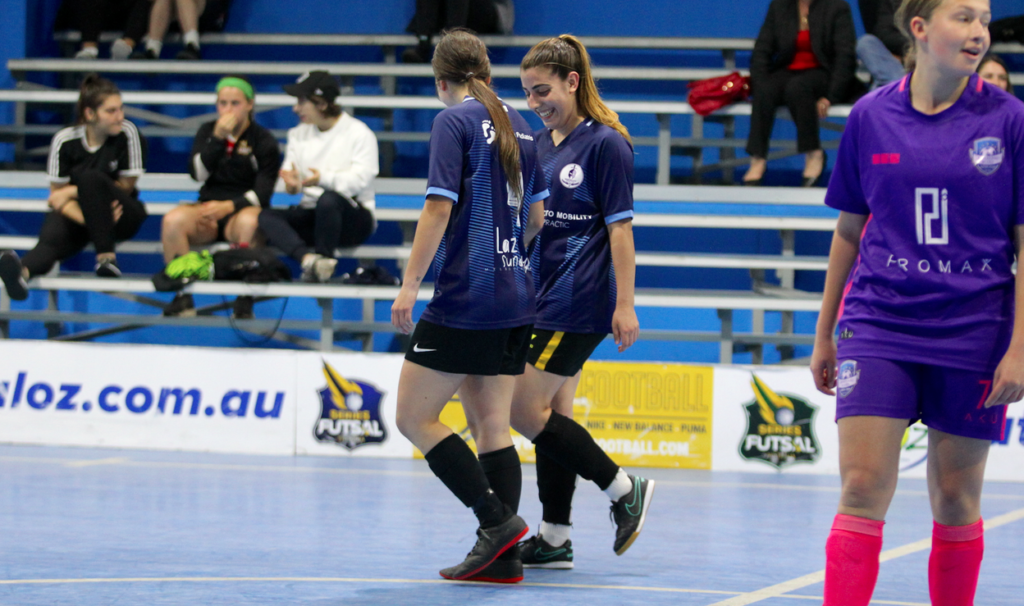 Our final game of the evening pitted Moreland against Northcote as two sides pushing for the top locked horns. Northcote would open the scoring as Daniella Galluccio battled her way through the defence to open the scoring. Moreland hit back through a long range free kick from Ebru Hasan to level the scores, before the leagues top scorer Emma Hubbard found the net to give the Blues the lead. Northcote would respond before the break as Elise Kyrgios finished inside the D to have the scores level at the break.

Midway through the second half Moreland would hit the front once again as a Nikolina Bucolo strike was fumbled in by Charlie Sirik, but Northcote were not going away and pulled level again through a Claudia Dimasi strike. Late on Daniella Galluccio would come back to haunt her former side as her left footed effort found the net and proved the winning goal as Northcote took home a crucial win. 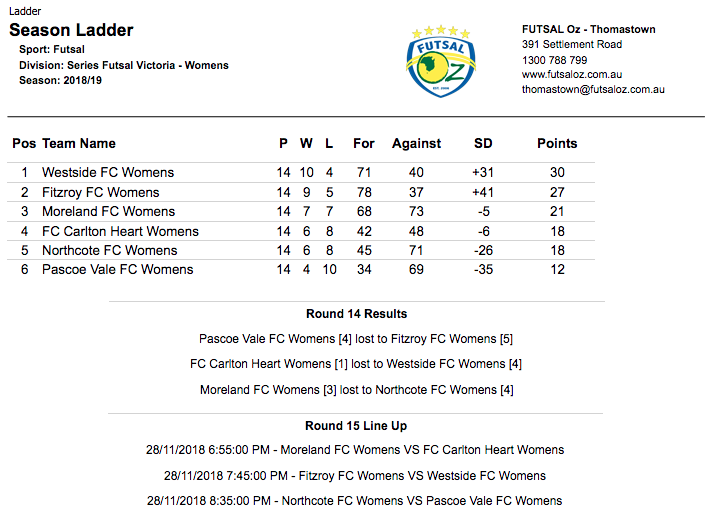