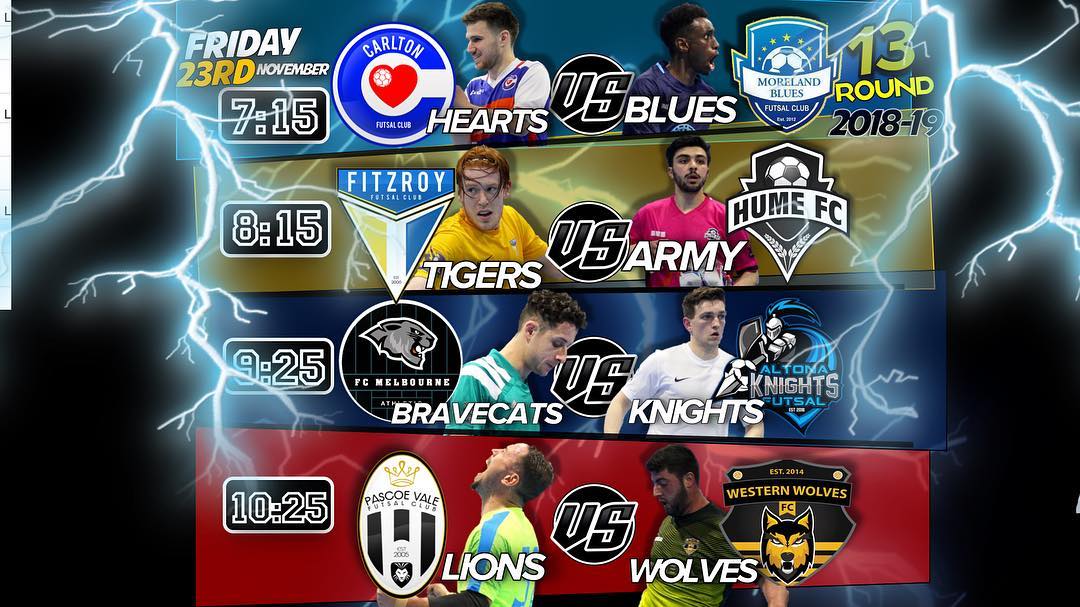 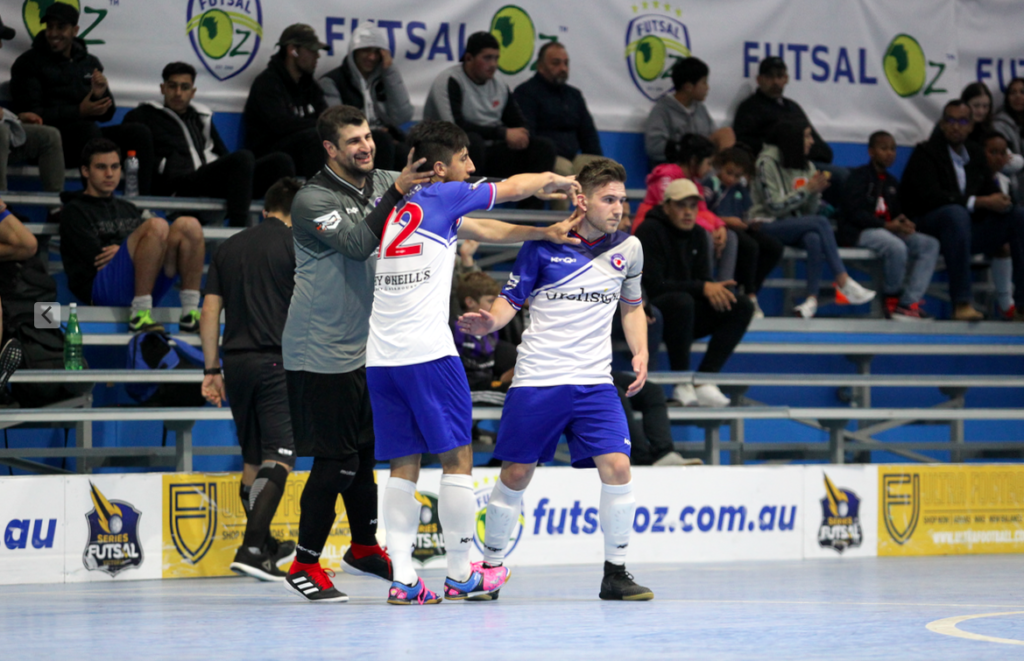 Our first game of the night was on paper the game of the night as ladder leaders Carlton Heart took on a Moreland side who were desperate for the win to keep their title chances alive. It was a fast and fiery opening as both sides had their chances to score but both goalkeepers were on their game early as the game remained on nil. It was Carlton live wire and in form man Rico Hauser who would fire home from range to open the scoring, and just moments later Ernie Simsek converted from close range to have Carlton ahead at the half time break.

Early in the second half Moreland responded as Atay Ibrahim finished from a good set piece routine from a corner to halve the deficit, and when Abdirahman Ahmed beat his man down the line, he saw his shot deflected home for an own goal off Josh Pulvirenti to have the Blues level. Carlton responded and restored their lead after a great long ball from Arturo Garzon was headed home by Pulvirenti to go 3-2 ahead. Moreland had their chances to draw level but couldn’t find the back of the net and were punished as a fantastic bit of play from Carlton saw Chaaban Rajab tap home to seal an important win for the Heart as Moreland now fall nine points off the pace. 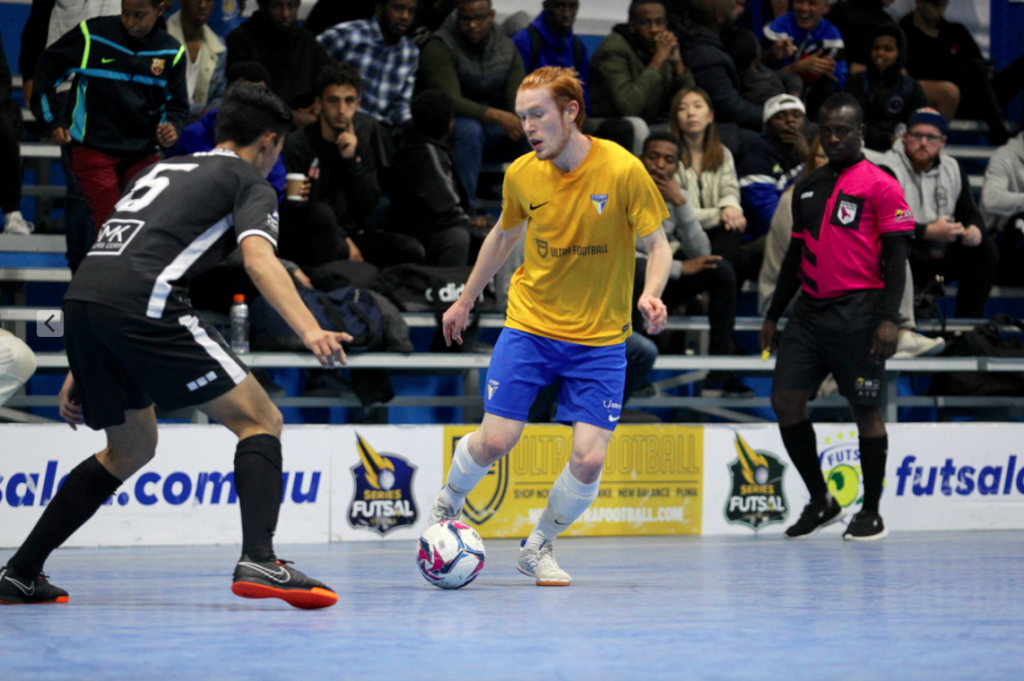 Next up saw title challengers Fitzroy take on a Hume side who were looking to put distance between themselves and the relegation zone. Hume were on top early and rewarded for their dominance as Muhammed Temel fired home from a side ball to open the scoring for the Army. Late in the half a well worked set piece saw Fitzroy pull level as Jose Filho got the telling touch to ensure the sides were even at the break.

Fitzroy stepped up their game in the second half and were ahead for the first time as Leo Kimpara smashed home an effort from a side ball to make it 2-1, before a swift counter attack was finished off at the back post by Cosimo Russo to have the Tigers two ahead and with some breathing space. Hume were not going to lay down easily and pulled a goal back as Zois Galanopoulos netted at the back post to have his side back in the game. From the resulting kick off though Fitzroy restored their two goal buffer as Filho finished on his right foot high over Ozkoca. With Hume peppering to get back in the game, another counter attack from Fitzroy was finished off by Filho who completed his hat trick and sealed an important win for Fitzroy as they remain on Carlton’s tail 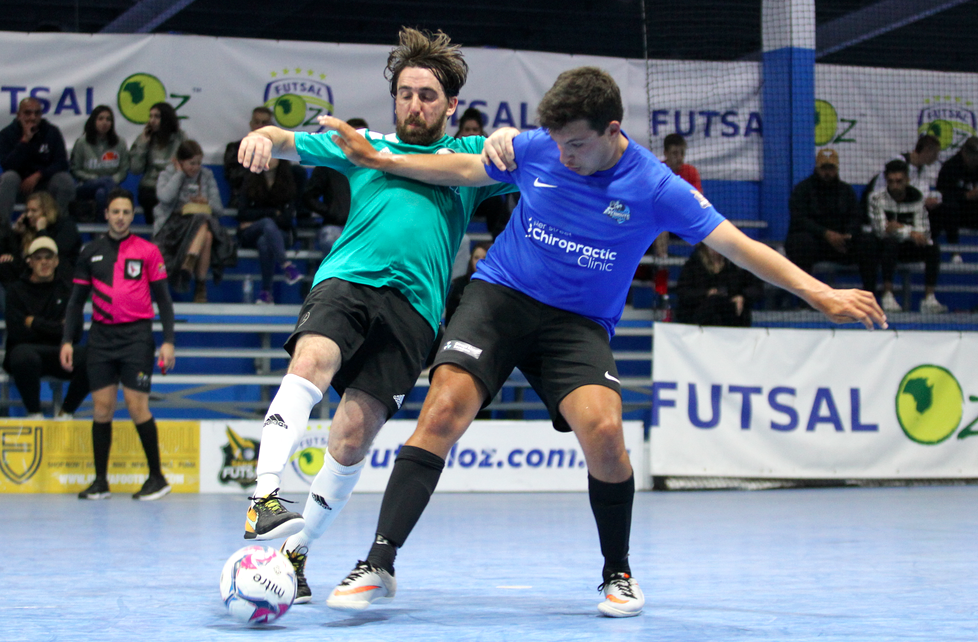 The next game of the evening saw huge importance on this fixture as the winner would climb off the bottom of the table. Altona got the opening goal through Hish Nehfaoui who hit an effort over the keepers head for the opener. Melbourne answered back after an initial shot was saved by Frano Saric, Simone Pelletti followed it up and banged his side level. Mark Saric then restored the Knights lead as he slotted through Paschalidis legs to have the Knights leading 2-1 at the half time break.

Altona were too strong in the second half as Jayden Merceica bagged himself a hat trick in a dominant performance by the big man which was supported by a Tony Saric goal to seal an important win. Michael Ayayi got himself a late hat trick to add some respectability to the scoreline but it wouldn’t be enough to claw the Bravecats off the bottom of the table as the Knights open up a three point gap in seventh place. 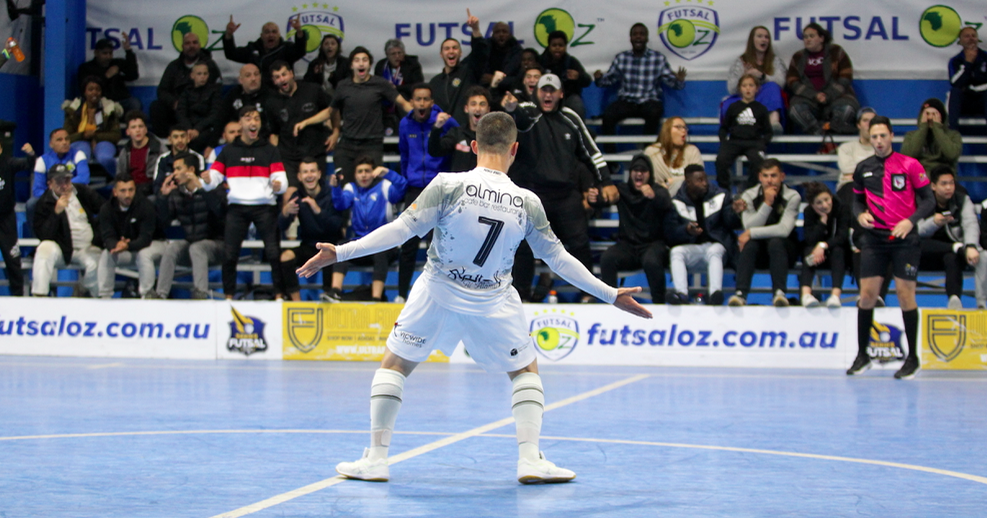 The final game of the evening saw Pascoe Vale looking to maintain their chase on the top spot as they faced a rejuvenated Western Wolves. The game was sparked into life early as new marquee Wolves signing Jonathan Barrientos was sent off for wearing a piece of jewellery as per Series Futsal Victoria rules. The Lions opened the scoring soon after as Gerardo Soto struck to have his side ahead. Soon after Pascoe struck again through Alisson Lima Da Rosa to have the Lions leading by two goals at the break.

Western Wolves came out of the half time break inspired and halved the deficit when Ubeyde Cicek struck on his left foot. Soon after the Wolves were level and the crowd erupted as Cicek fired home his second of the contest to have his side back on level terms. With the game heading for a penalty shootout the Wolves would grab their match winner as a Rodrigo De Faria strike took a slight deflection on its way in to send the crowd into raptures as the Wolves overturned a two goal deficit to grab the biggest win of their season so far. 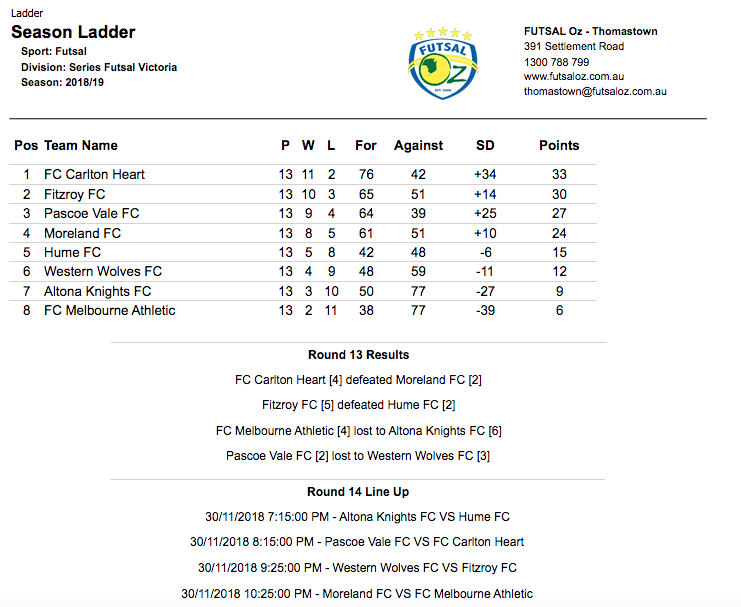