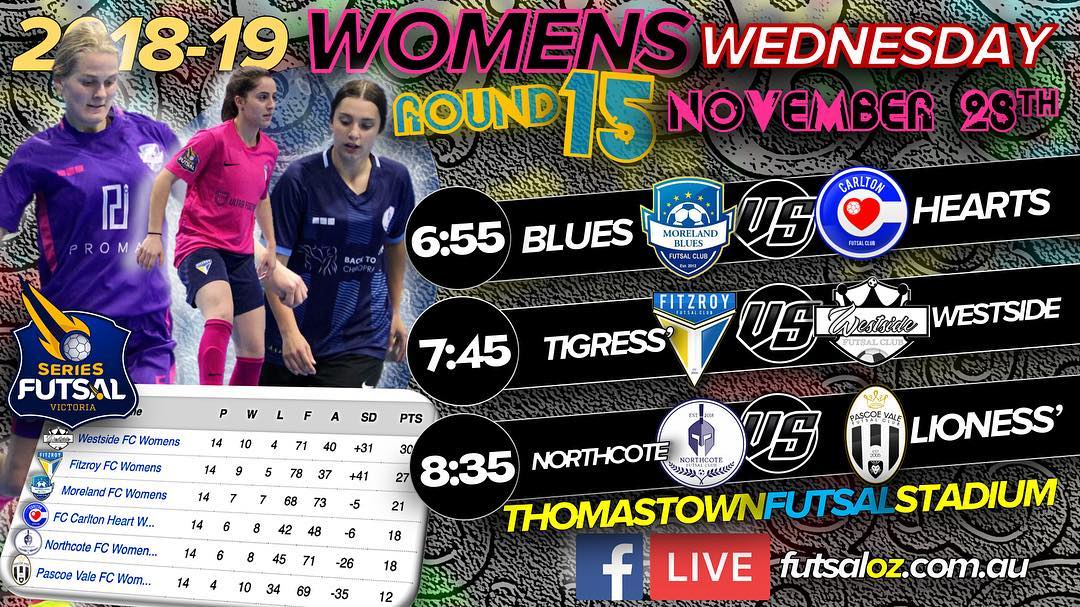 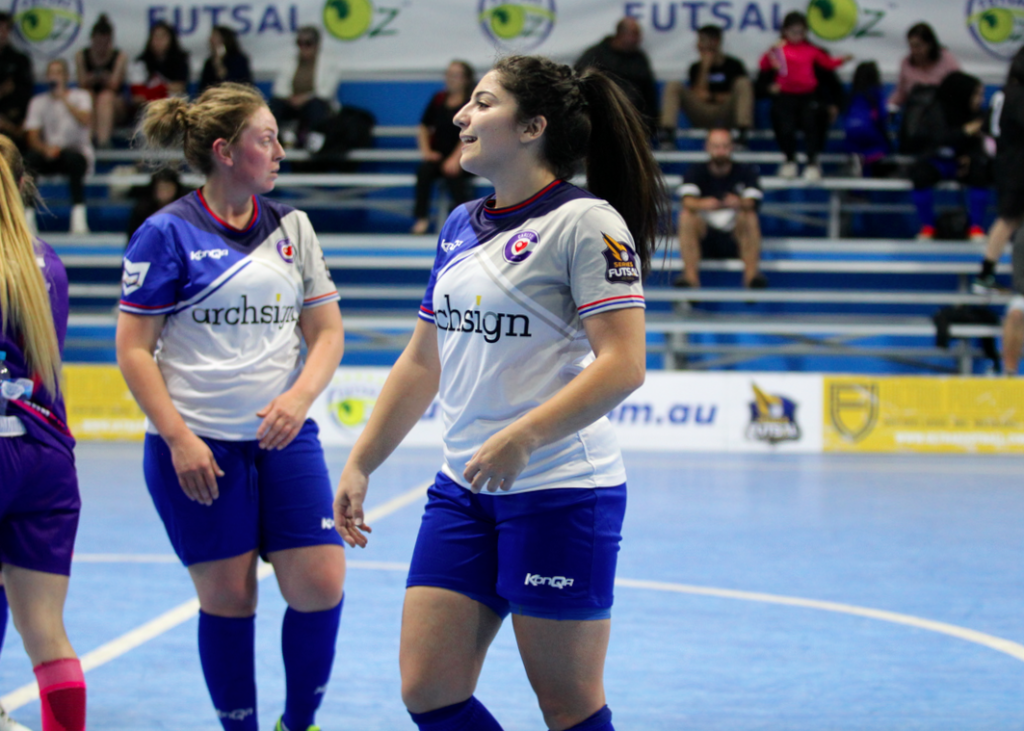 Our first game of the round pitted third placed Moreland against fourth placed Carlton. A must win for both to keep pace with the top two. It was the Heart who struck first as a well worked one two play saw Jess Byrne tap home to give her side the lead. It was soon two when a good ball down the line from Stef Oddo saw Rebecca Saber lash home on her left foot to double the Heart advantage. Moreland pulled a goal back after an initial save from Christina Bitzilis saw the ball fall to Savanna Anastasopoulos who finished to have her side within a goal at the break.

Carlton added to their advantage early in the second half as a long throw eluded everyone to see Saber head home at the back post and restore the two goal cushion. Carlton were content with what they had from there as they sat back and welcomed Moreland to search for the goals they needed but they never came as the Heart hung on for a crucial win to see them go level on points with their rivals. 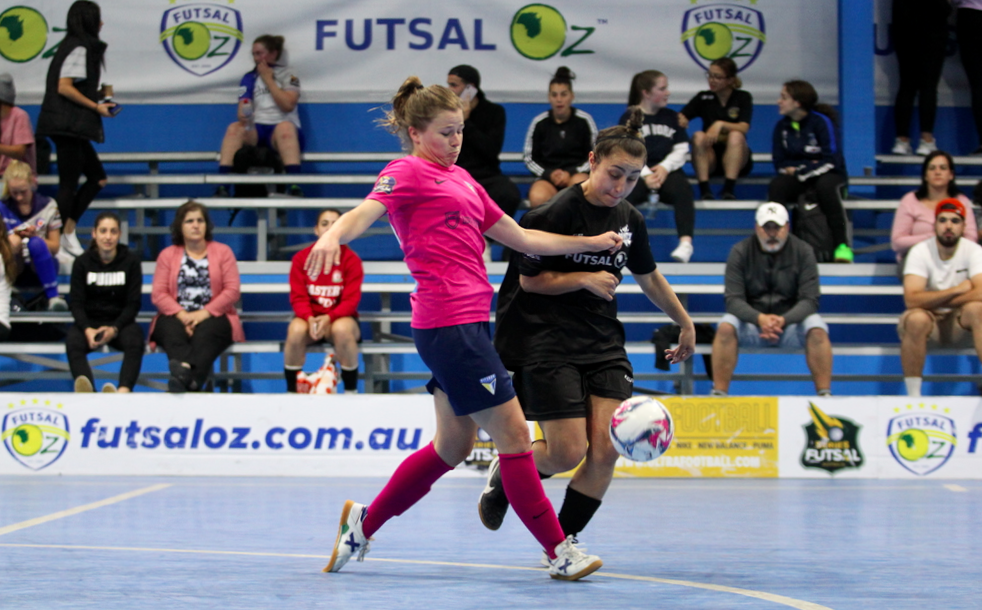 Next up saw the top two sides in the league go head to head as Fitzroy faced Westside. A crucial contest for both it was Fitzroy who drew first blood as some good work Sarah Richardson saw her pick out Rebecca Berry at the back post to tap home and give Fitzroy the lead. Westside hit back as a good counter attack was finished by Pam Demetriou to level proceedings at the break.

Westside then took the lead early in the second half through a long range strike from Lisa Fonua as her side took the lead for the first time in the game. A good interception from Penny Bakopoulos saw her convert her chance to open up a two goal cushion, before Monica Fonua finished from close range late on to seal a big win for Westside which sends them six points clear at the top of the table. 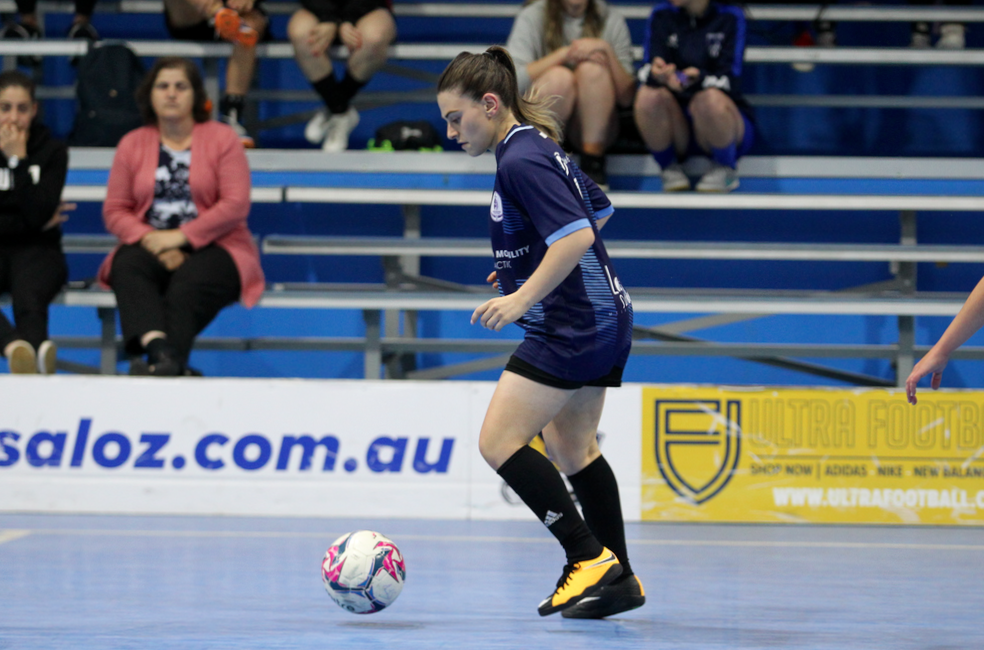 Our final game of the round saw Northcote face Pascoe Vale as the latter needed to take a win to avoid falling nine points behind their rivals and stand a chance of climbing off the bottom of the table. Northcote struck first through Elise Kyrgios who finished off a nice play at the back post to give her side the lead with what proved the only goal of the half as her side held a slender lead at the break.

Northcote added to their tally early in the second half as Daniella Galluccio turned her defender well and finished into the bottom corner to double the advantage, before Galluccio volleyed home from a Pascoe error for a three-nil lead. Try as they might Pascoe could not find the net with countless chances going begging which left many people wondering how they did not find the net but Northcote wouldn’t care as they took a vital win which see’s them remain nine points from safety while Pascoe remain on the bottom with work to do to avoid a relegation playoff. 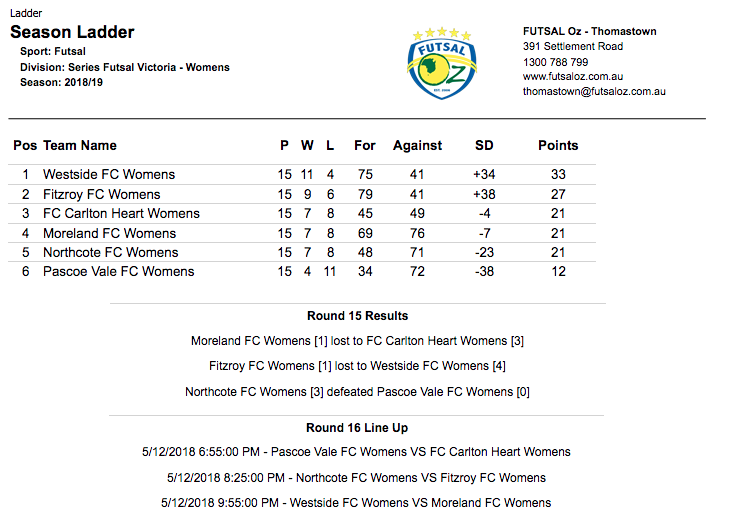