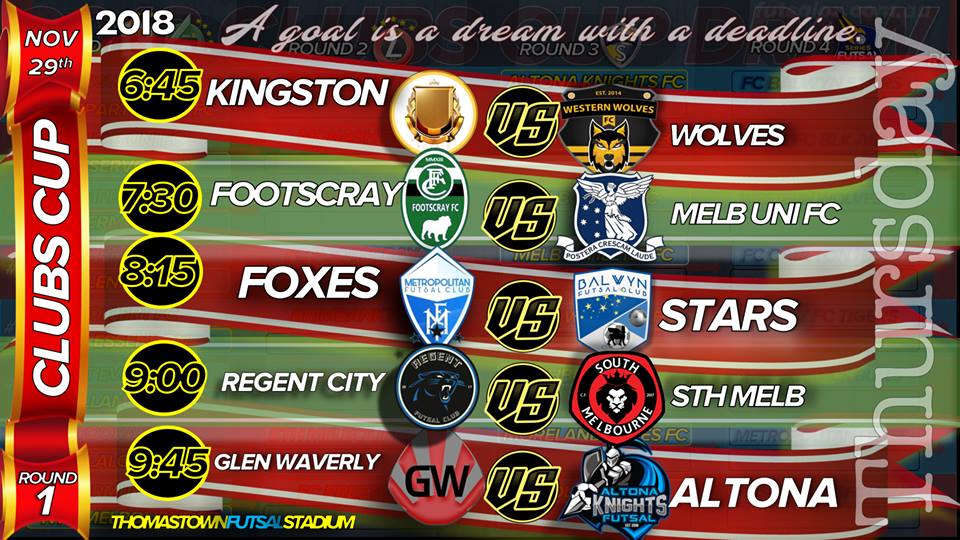 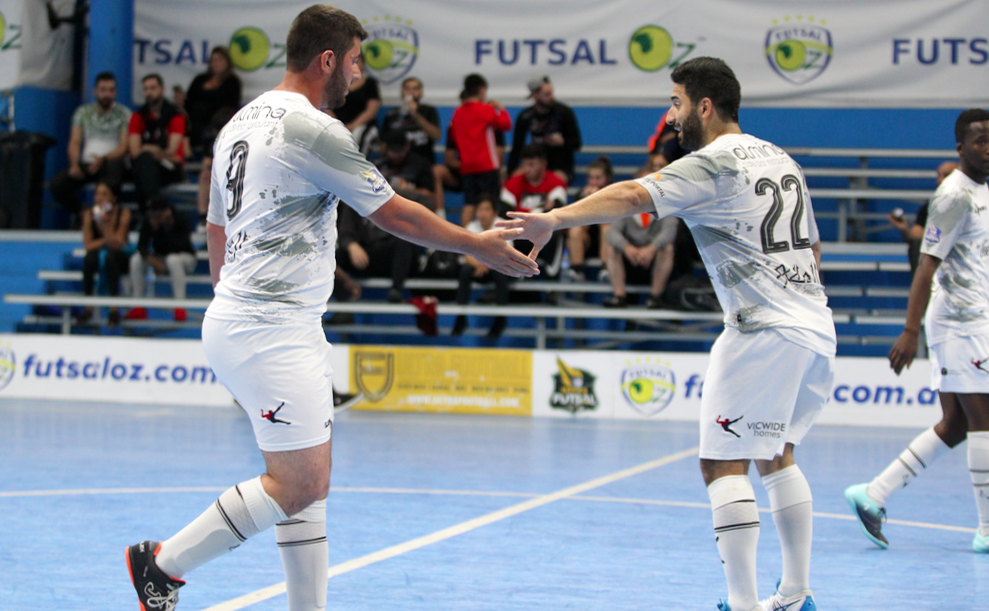 we saw Kingston of State League One take on Series Futsal Victoria powerhouse Western Wolves. It didn’t take long for the Wolves to open the scoring as Ubeyde Cicek finished on the turn on his right foot for the opener. Lokmen Ramadan got himself a goal as the Wolves doubled their advantage, before Michael Nguyen struck to make it a three goal advantage. Late in the half a good bit of play from the Wolves left Rodrigo De Faria with a tap in to take his side into the half time break with a four goal lead.

The Wolves were too strong from the get go and were in cruise control as they added a further five second half goals, lead by Ramadan who struck twice more to complete his hat trick, while Ahmed Azzam, Christwish Mutsinga & Haidar Noor all chimed in for goals to seal and comfortable win for the Wolves and a safe passage through to the second round where they meet fellow SFV club Moreland Futsal Club. 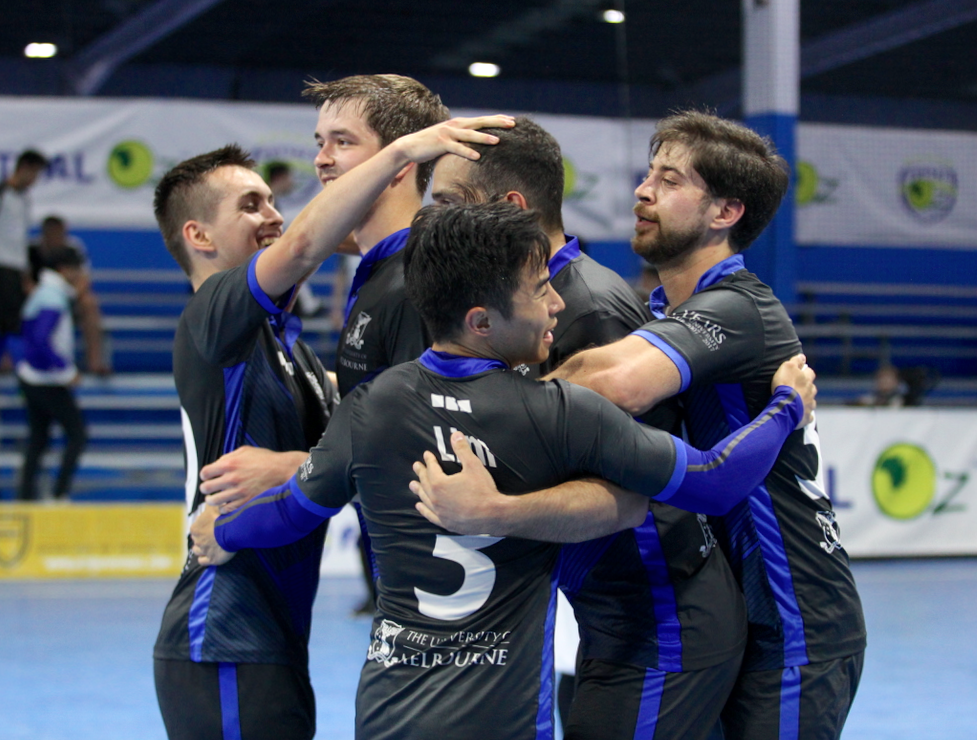 The second half had its chances but they were few and far between, and when either side broke the lines their respective keepers were on hand to save the day sending us to our first extra time of the competition.

Two periods of extra time and it wasn’t until the final two seconds that Melbourne Uni found a match winner with a low strike from Ali Zahiri finding its way in to send Uni wild and see them progress to the next round where they will face the winner of Metropolitan Futsal Club & Balwyn Futsal Club. 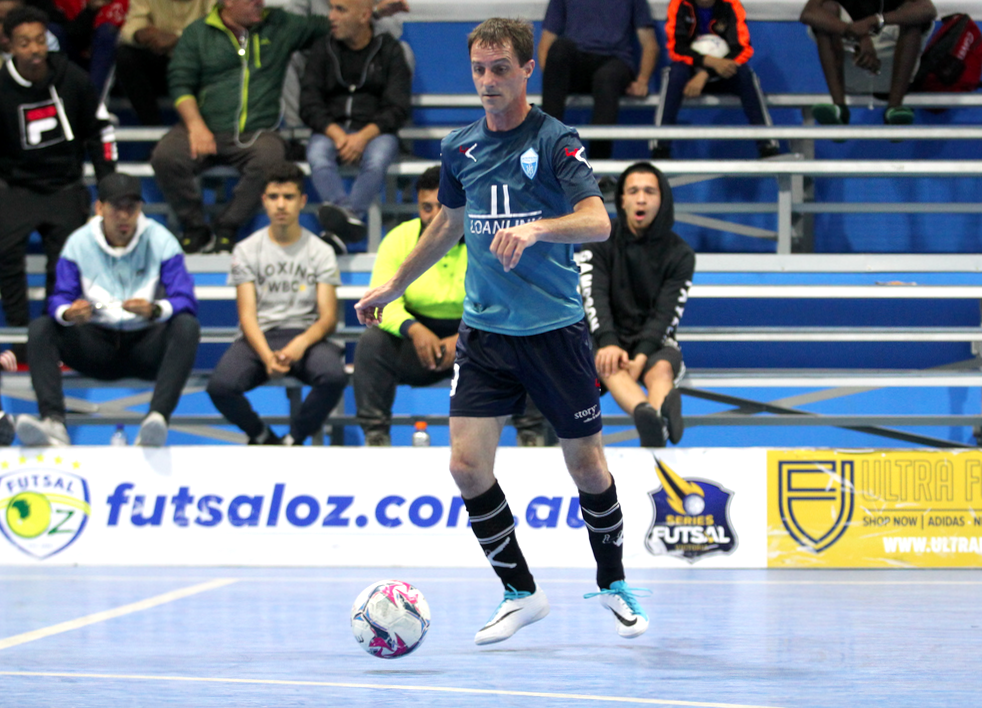 Next up we saw two sides from the State League Championship take to the court as Metropolitan faced Balwyn. In a tight first half Metro held a slender 3-2 lead at the break after goals from Tomislav Grgic, Arin Mesinovic & Alija Redzepovic cancelled out Adem Boyaci & Rani Amarnail’s effort to have the Foxes leading by one at the half.

Metro were too good in the second half taking advantage of their chances with Alija Redzepovic completing a second half hat trick to take his tally to four for he game, while Edvin Sejranovic got a late goal to seal the win despite a hat trick from Boyaci keeping the score respectable for Balwyn it wasn’t enough to see them through as Metro progress to the second round where they will meet Melbourne Uni of State League Two 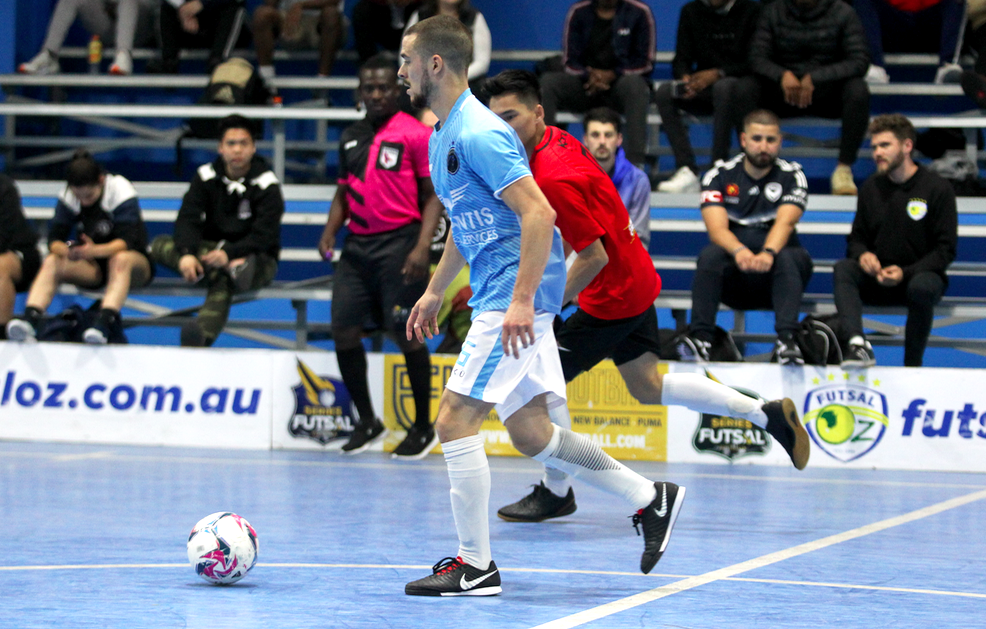 The next clash of the evening saw Regent City of the State League Championship take on South Melbourne of State League one and with both sides in second place in their respective leagues it was built as an interesting encounter. Regent put their foot down early and raced to a 4-0 half time lead with goals to Shuayb Abdulkadir, Shifa Ahmed & Abdullahi Hassan powering Regent to an almost unassailable lead.

The second half was a little tighter as Regent took their foot off the gas. The sides hit the net twice each with Osman Ahmed & Bashir Hassan netting to Regent while Waleed Abdelhayi & Mahad Ali ensured South wouldn’t go home empty handed but they were outclassed as Regent progress to round two where Altona Knights Futsal Club or Glen Waverley Futsal Club sit in their way. 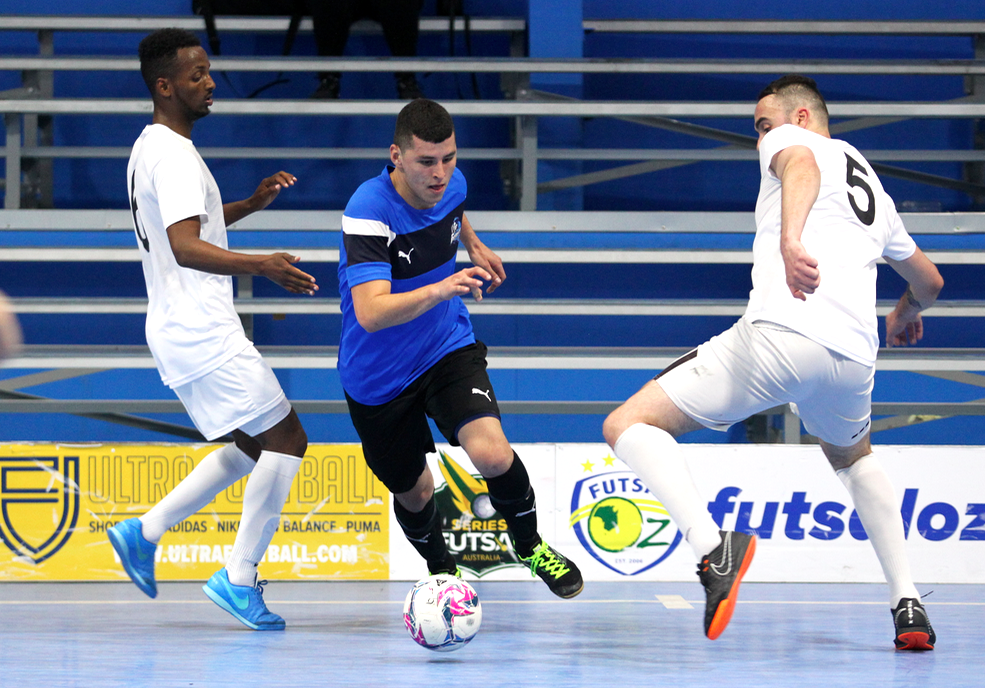 ALT – C.Marin 2 & L.Jurcic
GLEN – G.Babaj
Our final game of the evening and the opening round saw Altona Knights of Series Futsal Victoria face Glen Waverley of the State League Championship. It would be the Knights who struck first through a Camilo Marin strike to give his side the lead, before Marin doubled the Knights & his own tally for a 2-0 half time lead.
Altona were in control of the match negating the chances that went Glen Waverley’s way and when Luke Jurcic found the net it was all but done and dusted. A late free kick from Gjaneto Babaj saw Glen Waverley at least find the net but they could not overturn the deficit as the Knights progress to the second round where they set up a rematch of their last encounter in the Cup against Regent City Futsal Club which will have a lot of feeling to it.
Man of the match – Camilo Marin (Altona Knights FC)
Recent Posts
Recent Comments
Archives
Categories
Meta