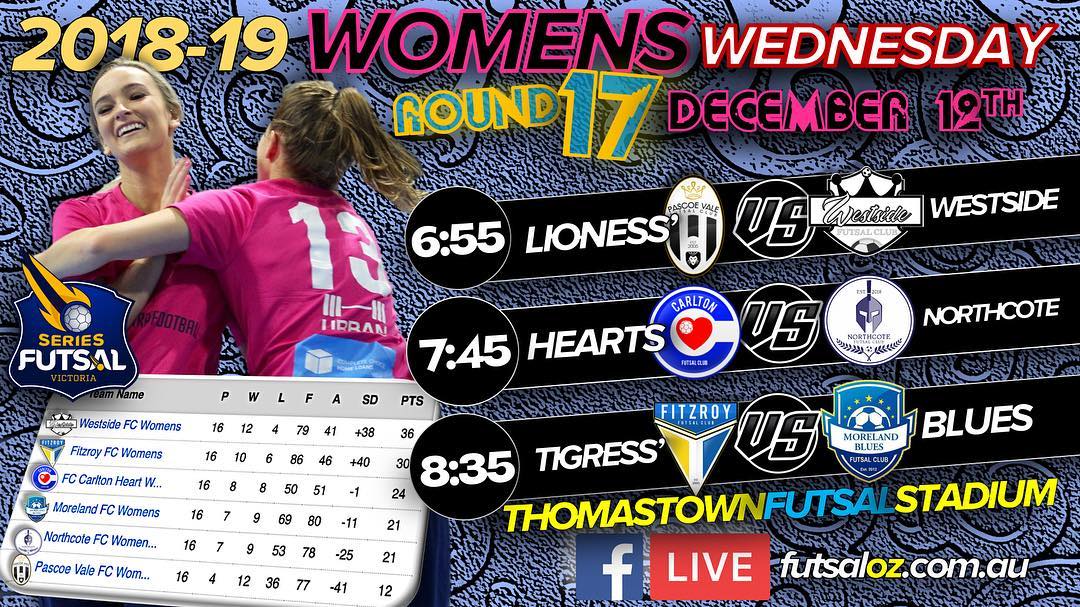 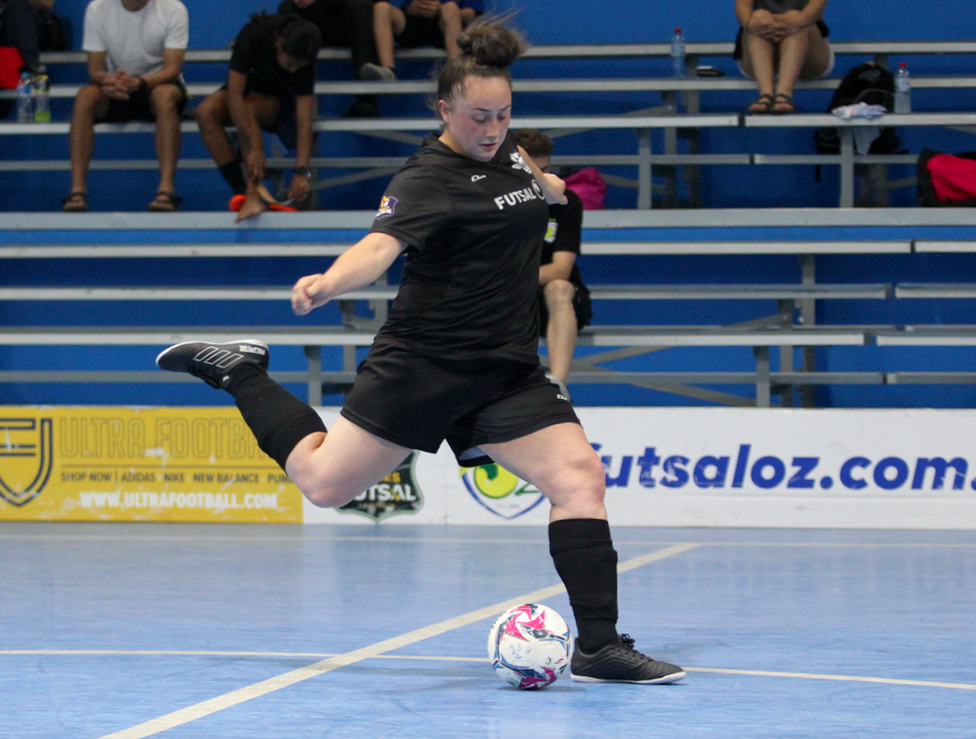 Our first game of the round saw bottom of the table Pascoe Vale take on league leaders Westside. It was the champions elect who opened the scoring through a stunning long strike from Lisa Fonua. Pascoe hit back through a Bruna Silva strike to remain in the contest, but Westside would bag the next two goals with Monica Fonua & Elly Torre netting to give their side a two goal lead at the break.

Early in the second half Pascoe hit back with Silva finiding the net once again from close range to keep her side in the contest, but with them pushing for a goal, they would concede through a long range Emma Fonua strike which ended the scoring as Westside continue to push towards the title. 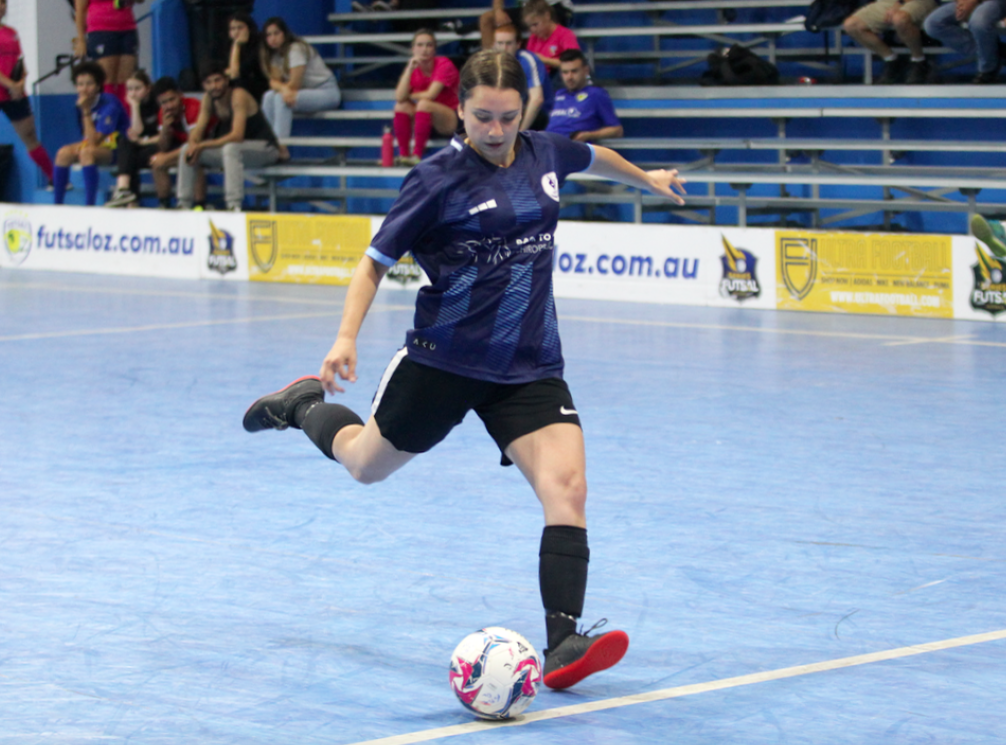 Next up saw Carlton and Northcote face off as both sides were close on the table a win was vital for the pair. In a bizarre twist, we saw a goal-less first half with neither side creating a lot of chances as we were locked at nil at the break.

It was Northcote who drew first blood with Daniella Galluccio getting herself a birthday goal to give Northcote the lead. Carlton would pull themselves level though as Stephanie Peluso found the net with a neat finish from close range, and from there neither side would add to their tallies as we headed to the penalty mark.

Stefanie Oddo missed her opening penalty, while Eleni Fakos also missed the first chance to Northcote. Camilla Fresneda converted the next, followed by Peluso converting to equalise, before Morgan Kirk-Eaton missed her chance, which saw Galluccio convert and seal an important win for Northcote. 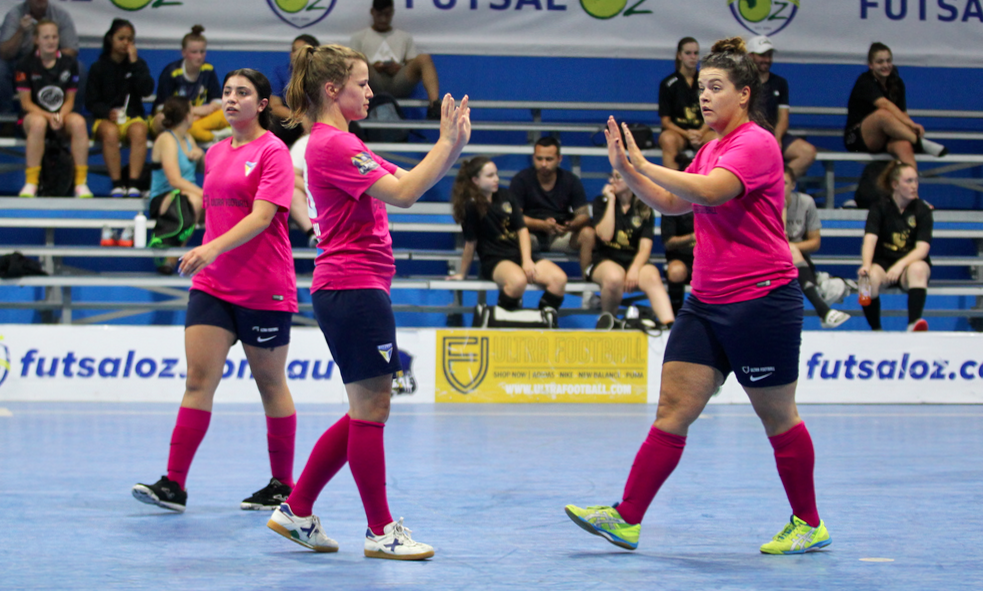 The final game of the evening saw title chasers Fitzroy take on SFA Champs Moreland. It was Fitzroy who opened the scoring as Sarah Richardson struck from close range, before Em Coppock struck to double the advantage. Moreland pulled a goal back after a long run from Zoe Tizard saw her fire home, but Fitzroy restored their buffer with a Dharma Georgi strike to have them ahead 3-1 at the break.

An early penalty in the second half was dispatched by Em Coppock to only extend the Fitzroy lead, and when Katrina Tsalikidis got her first got for her side the game looked all but over. Ebru Hasan pulled a goal back to keep Moreland in it, but a late flurry of goals saw Em Coppock add three more to finish with a game high five goals and see Fitzroy continue to keep the pressure on Westside. 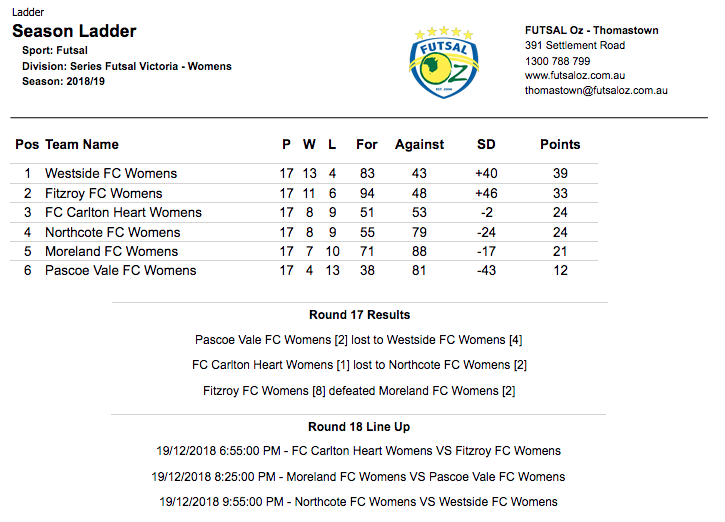