Who is the biggest Series Futsal Victoria club? 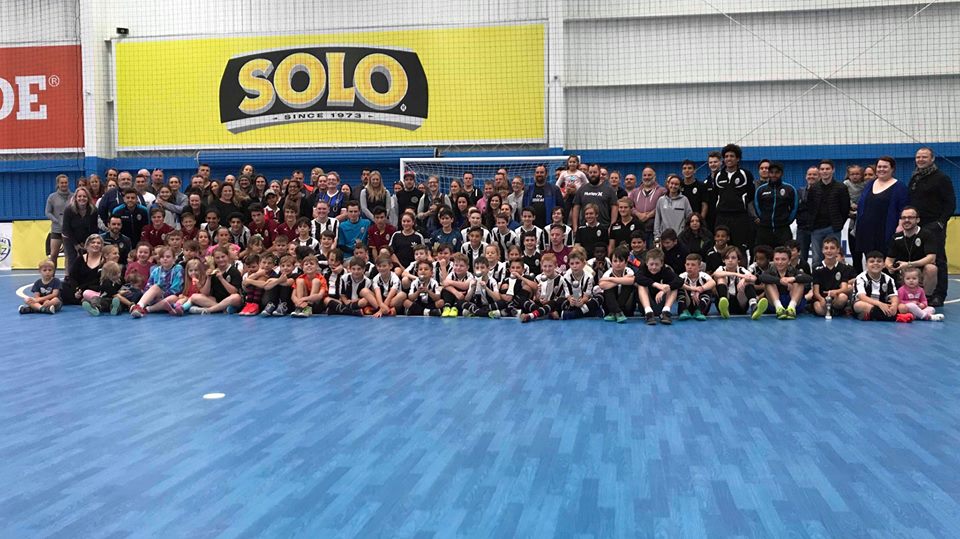 2018 has seen an explosion in growth for the elite clubs and as the year draws to a close we look at the top 10 biggest club who are currently competing in the Futsal Oz elite leagues.

The criteria being that the club must have at least one team competing in a Futsal Oz sanctioned elite league which means some of the larger junior clubs missed out as they are junior specific.

It is important to remember that these are the only clubs who play Futsal all year round, really emphasising their status as the biggest and best Futsal clubs in the land.

Moreland just sneaks in to kick off our list at number 10.

With a team each in the SFV, SFVW and SFV Youth comp, the three teams are enough to see Moreland onto this list.

President will be quietly pleased as his men’s team have invaded the top 4 of SFV while their women have been a force for many seasons which includes and SFV title and Champions of the 2018 SFA finals. Moreland’s newly formed youth team has the base to become a real contender in seasons to come as well

With a host of leaders at the club Balwyn currently has teams in the SFVW 2, SFVW youth, SFV youth and State League Championship.

The club is poised perfectly to build into a powerhouse as they now have avenues for future junior players to elevate themselves into elite competitions in all forms of the game.

The Mt. Evelyn based academy has just the one senior team competing in the VEPL 2 however they are underpinned by 5 junior teams.

Headed by referee Tervel Atanasov and Luke Van Spankeren, the club has rocketed onto this list in only its first year of existence.

Not to be confused with Melbourne Athletic, another Mt. Evelyn based club founded by Grant Rowley that has been building for over 2 years.

The men’s side currently competes in the VEPL and is supported by 6 junior teams all of whom are based in Mt. Evelyn

A crowd favourite, Regent has rocked the Futsal scene with their men achieving back to back to back to back promotion kicking off in the VNPL in Thomastown and currently sitting on top of the State League Championship, heading towards what could be an unprecedented 4th promotion in a row into SFV

All that is supported by a solid SFV Youth team currently sitting 2nd on the ladder, an SFV 16s team and 4 junior teams.

You may have expected to see Fitzroy higher on the list but what little the Tigers have they do probably better than any other club.

Their men’s side collected a Clubs Cup in 2018 while their Women’s side took home the SFVW title as well as the Futsal Oz Cup & finishing runners up in the coveted Series Futsal Australia finals. Their youth looks set for another title as well while their 16s also have a strong hold on the SFV 16 league.

Their junior academy consists of 4 of the best teams based out of Futsal Oz Brunswick.

Preston is another club who has rocketed up the ranks in 2018 and it’s mostly due to the hard work of Aki Retoulis and Preston Women who have formed quite the club.

The Panthers lay claim to 2 men’s teams, 2 women’s teams, SFV Youth, SFV 16 and 4 junior teams based in Thomastown. It’s seems that this club can only go one way, and that is up.

The Academy that is run by Hayden Kanjo sneaks in with their sole elite team being in the SFV 16s competition. However, 7 Stars is one of the most successful futsal academies in the state boasting 12 more junior teams around Victoria.

The Heart men’s side have been the team to beat in the last 3 seasons with 3 SFV league titles, 2 Futsal Oz cups and an SFA championship to their name helping drive their junior recruitment push.

Apart from the men the club has a solid SFVW side, 2 SFV Youth teams, SFV 16s, SFVW Youth and 10 junior teams, totalling 16 teams across 2 stadiums and setting up the perfect platform for juniors to climb to the elite level.

The 10-time champions are the absolute bench mark when it comes to building a club.

With a total of 29 teams across Victoria the Lions have the most active all year-round participants of the big clubs. Consisting of SFV, SFVW, SFV Youth and a staggering 26 junior teams based mainly out of the Mt. Evelyn branch the Lions future is in safe hands while clubs are playing catch up to the Futsal giants.