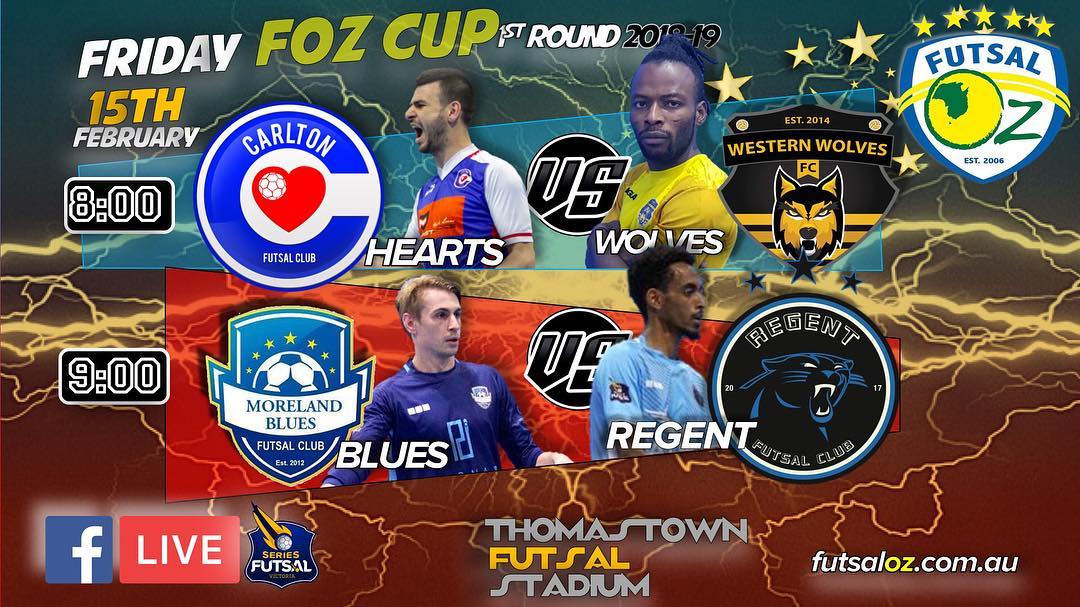 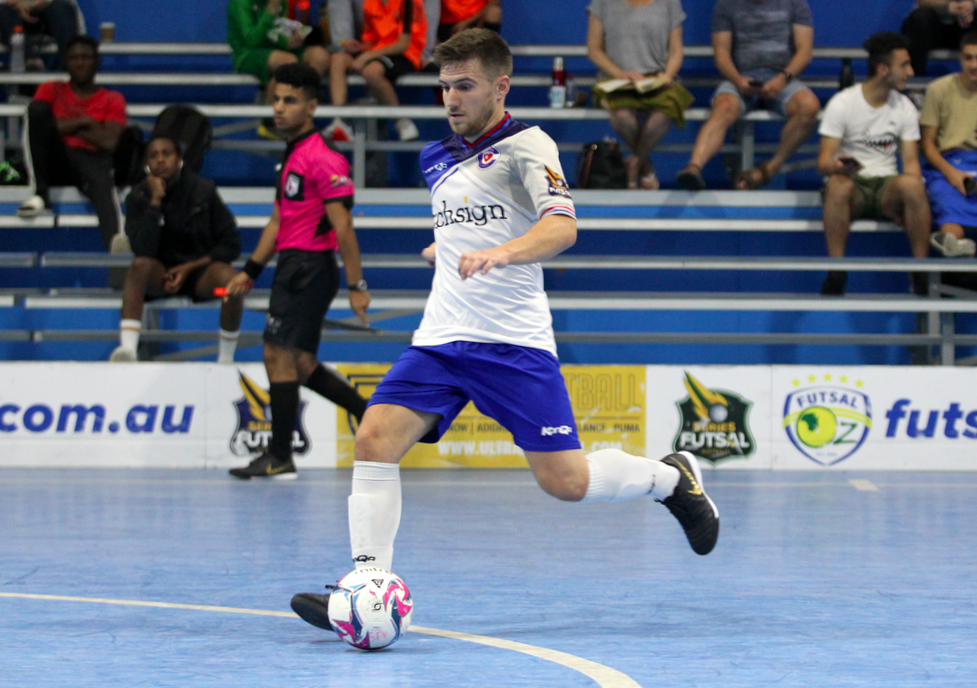 With the season all but over, the focus turned to the Futsal Oz Cup. The Quarter Finals kicked off with fourth placed Carlton Heart taking on fifth placed Western Wolves. The Heart were well on early and piled on the first six goals before Wolves even got on the board as a first half hat trick to Josh Pulvirenti, as well as singles to Rico Hauser, Stephen Gustus, Sinan Gluhak & Arturo Garzon had Carlton in control, while a brace from Ubeyde Cicek kept the Wolves in with a small chance of a comeback.

The second half was much tighter, but it looked too big of an ask, despite a second half hat trick to Melvin Becket, the damage was done with Connor Irwin & Jackson Georgi netting, and despite winning the second half, it wasn’t enough to prevent the Heart progressing to the Semi Final where they will meet Fitzroy FC. 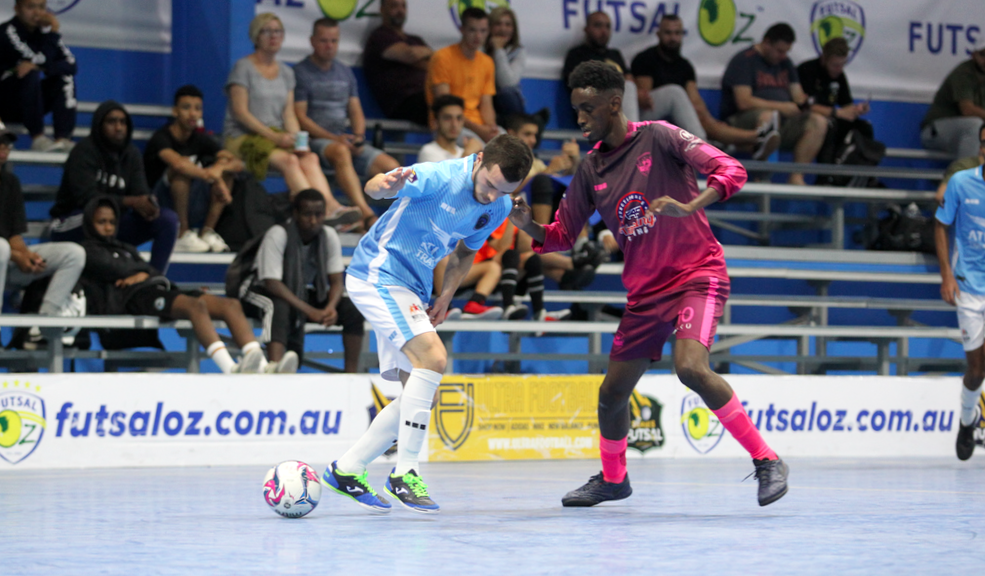 The second Quarter final saw Clubs Cup Champions Moreland, take on State League Championship Chamions Regent City. It didn’t take long for the opening goal to come as Abdirizak Ahmed struck a stunning free kick from range to give his side the lead. Regent hit back almost immediately through a delicate chip from Abdullahi Hassan to bring his side level. A penalty then went the way of Moreland as Abdirahman Ahmed converted to restore the lead, before a chip from Atay Ibrahim saw Regent stopper Samataar Yusuf get five touches on the ball before it went in to open up a two goal half time lead.

Another penalty went Moreland’s way early in the second half for a handball, this time it was saved by Yusuf as Abdirizak blew the chance to make it 4-1. It soon was 4-1 as Abdirahman Ahmed converted his second of the game, before Abdirahman got himself a hat trick for a 5-1 lead to all but seal the win. Mubarak Ahmed got a late goal back for Regent to make it a consolation, but it wasn’t to be as Moreland progress to the Semi Finals where they meet Pascoe Vale.