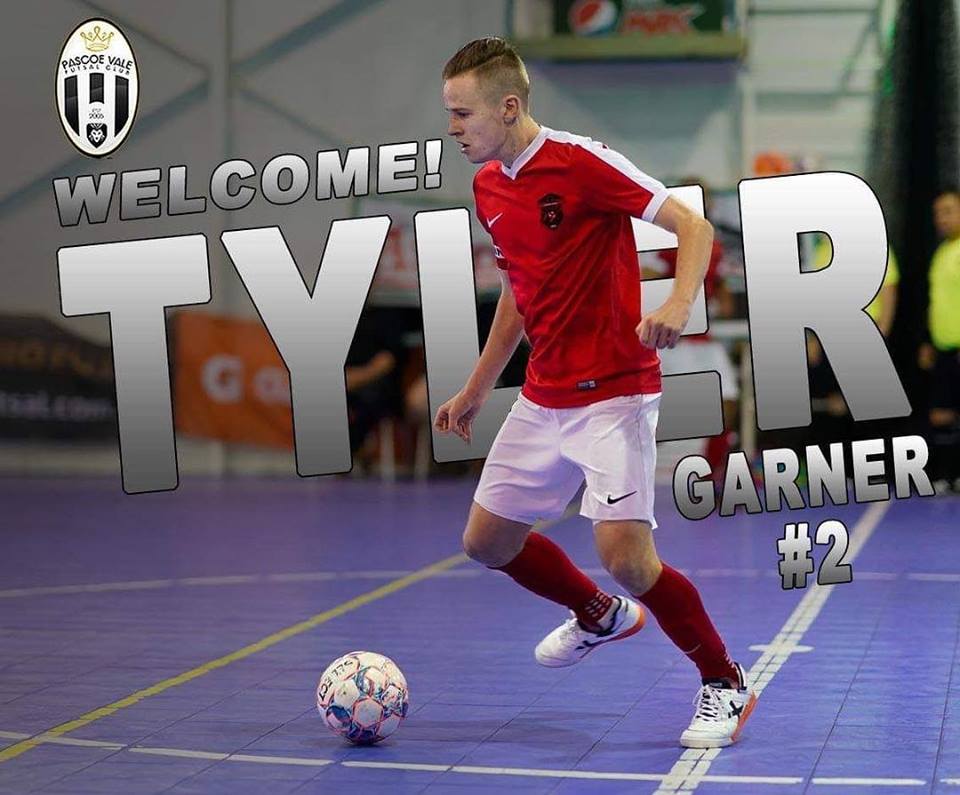 Pascoe Vale have entered the transfer window and made a big name recruit in Cambio Cumbre Captain Tyler Garner. Garner at just 18 years of age is the current MVP in Western Australia and the captain of four time Series Futsal Australia Champions Cambio Cumbre. Garner was also a member of the Futsal Oz Junior Nationals All star selection and has a vast experience in both Australia and around the world at a young age.

The coup is made even bigger for the Lions as they lure another player to Melbourne to compete in Series Futsal Victoria and will join former Cumbre team mate Gerardo Soto in black and white for the 2019 season.

Some of Garners new team mates had this to say about their new inclusion.

“I am very excited to have Tyler on our side. He will be an amazing asset, being a role model for all our young players coming through to the senior team. The future is very exciting & I look forward to playing alongside such a smart player.” Andre Caro

“He’s the most talented player to come out of Perth. He has the qualities of a true futsal player, quick, technical, and consistent with his decision making. He won the MVP in perth and now he’s ready for the next level in Melbourne. “ Gerardo Soto

Garner will also captain the Pascoe Vale Youth side in the Series Futsal Victoria Under 21’s division.