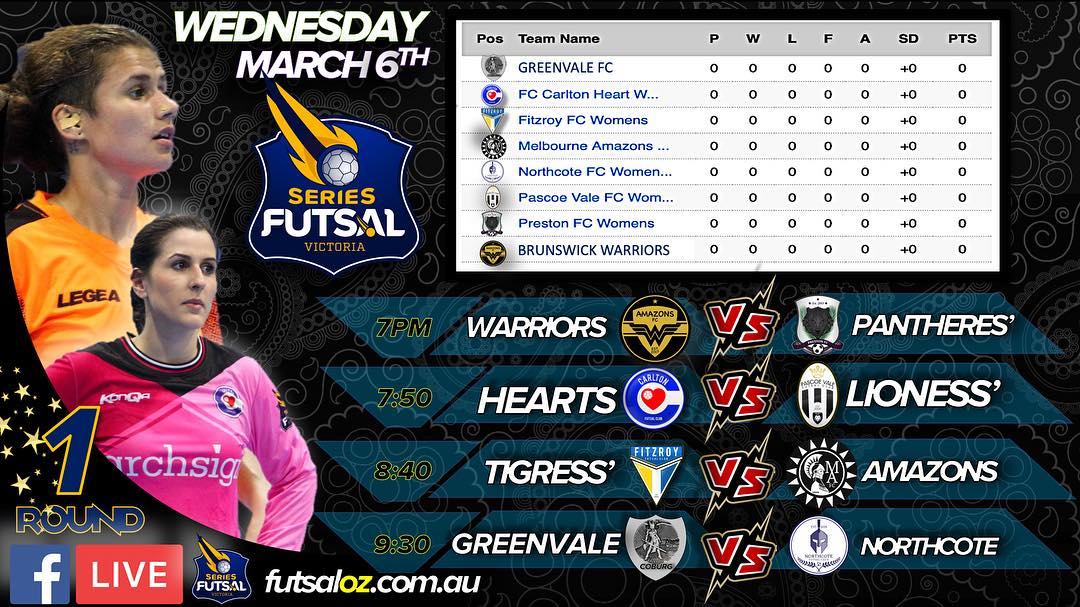 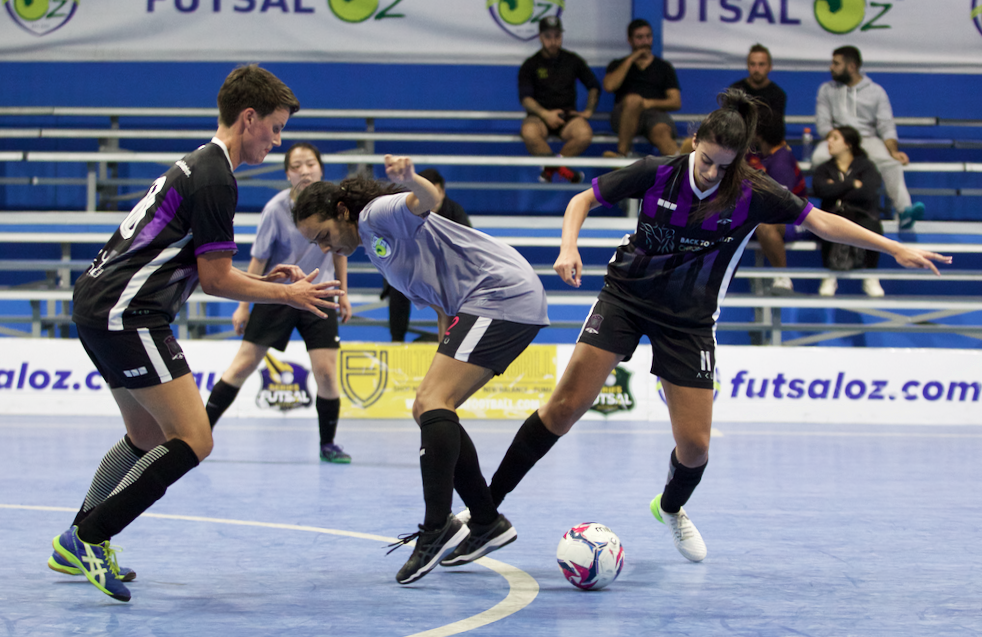 The opening game of the 2019 season saw newly formed Brunswick Amazons take on newly promoted Preston. A tight first half saw Preston edge the half on the back of a hat trick from new signing Janelle Sammut as well as a goal from Kristine Farmer saw Preston hold a two goal lead at the break with goals from Amar Ayache & Zoe Dupont keeping the Warriors in the contest.

The second half was just as tight with both sides struggling for goals, it would be preston’s experience that saw them through as a second goal from Farmer & a single to first gamer Nat Italiano capped off a solid first showing for the Preston Women as they get themselves off to a positive start. 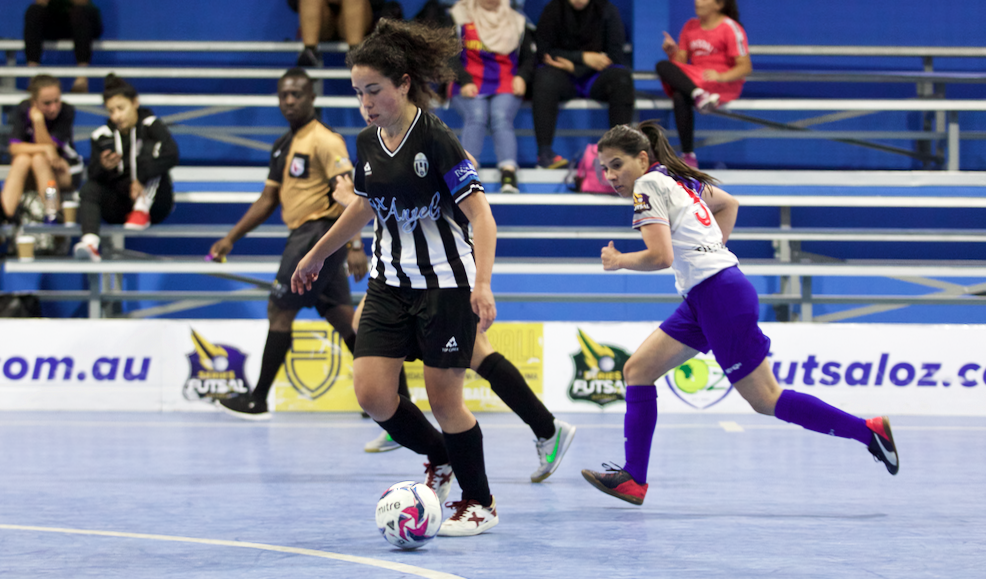 Next up saw two of last seasons top division sides go head to head as Carlton took on Pascoe Vale. In what is always a tight encounter it was the Heart who opened the scoring as Stefanie Oddo intercepted a pass and finished her one on one chance to give her side the lead. From there Pascoe Vale upped the tempo and managed to find an equaliser as Julie Tran found herself one on one and finished the chance expertly to go into the break locked at one.

The second half was as expected, a tight defensive affair, with both sides having a few chances each, though both keepers were at the top of their games to deny one another. It wasn’t until the final minute of play that Pascoe found a winner as they forced Paige Daly into two fantastic saves, before Anita Caro put home at the third time of asking, with Pascoe Vale kick starting their season with a win. 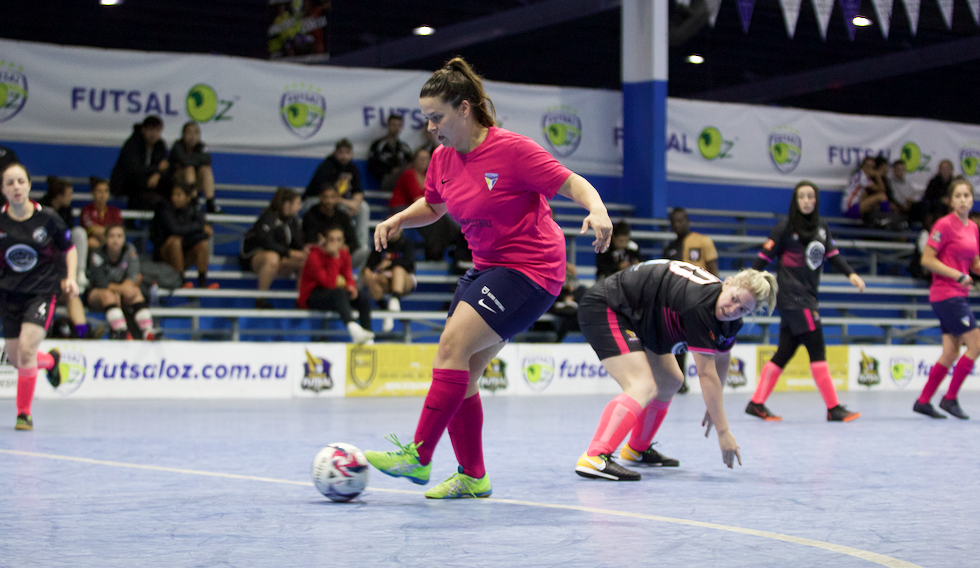 Next up saw Fitzroy take on another newly promoted side in the Melbourne Amazons. It was a tight contest early on, but it was Fitzroy who opened the scoring through an Em Coppock strike to give her side the lead. Dharma Georgi then fired home soon after to give her side a 2-0 lead at the break.

Fitzroy would then strike early in the second half through new inclusion Alexandra Gummer to open up a three goal lead, though the Amazons were not giving up and pulled a goal back through Bianca Lee to remain a shot at a comeback. Fitzroy turned on the style from there though and ended the game with a five goal to zero run, with Em Coppock ending the game with a hat trick and Dharma Georgi a brace as Fitzroy firm as one of the title favourites in 2019. 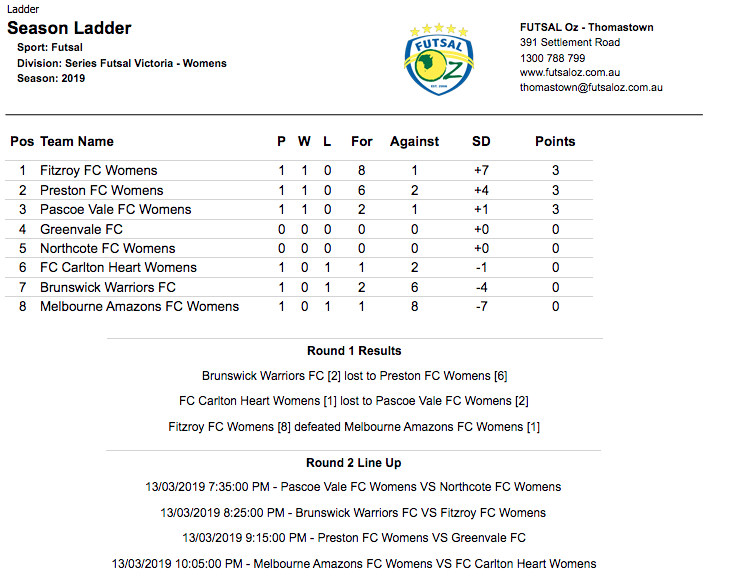