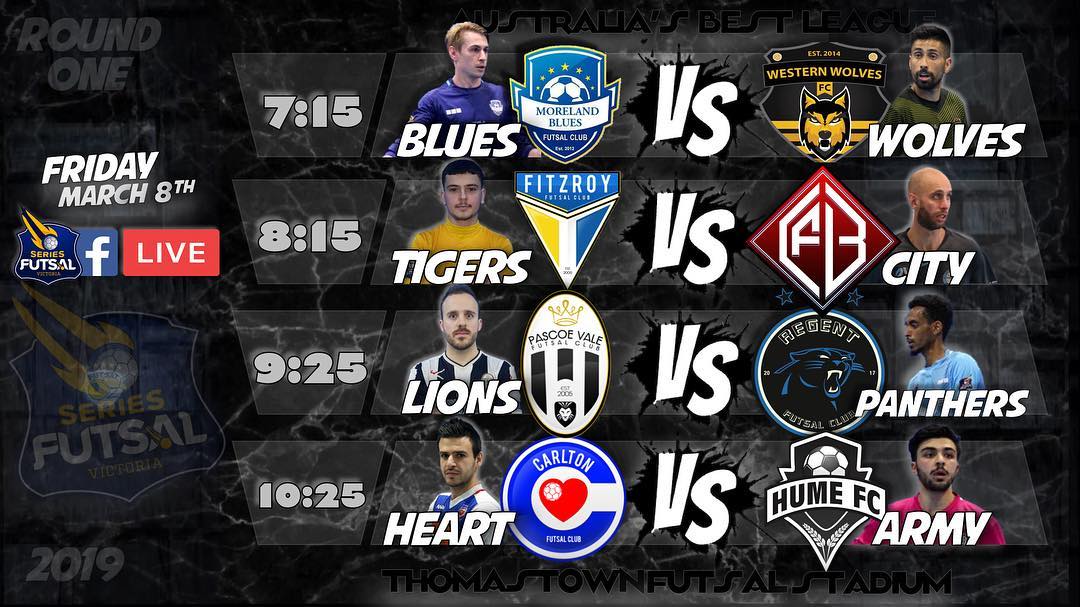 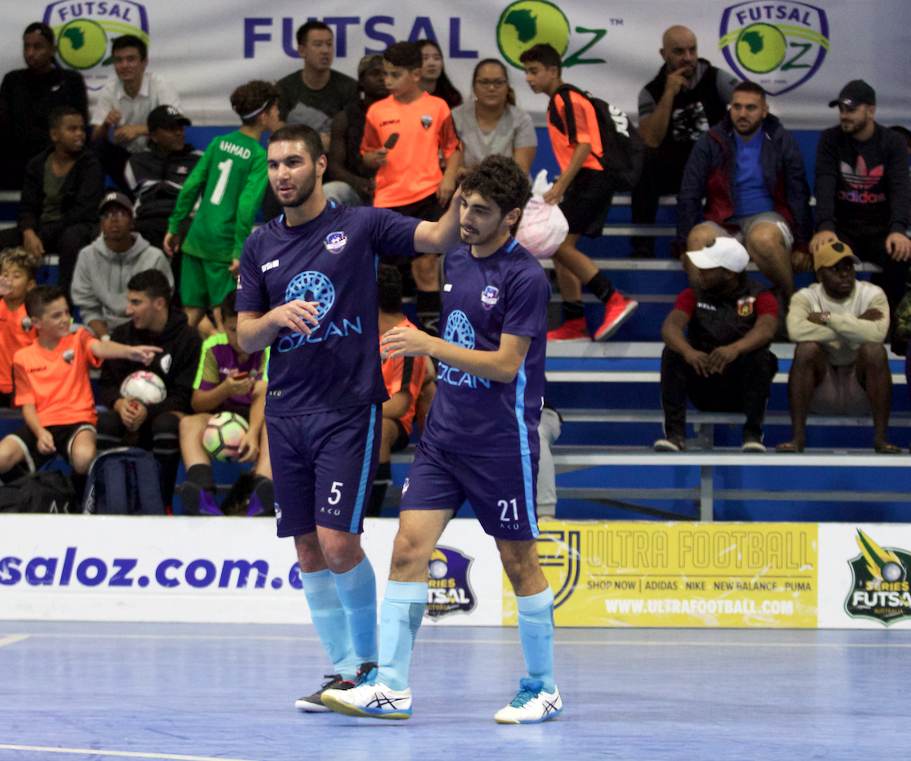 The opening game of the 2019 Series Futsal Victoria season saw title favourites Moreland take on the ever tricky Western Wolves. Both sides were active in the transfer window in the off season, but it was the Blues who started with a bang as new big name signing Lucas Vaz struck in the opening exchanges to give his side the lead. It was soon two when the Blues other big name inclusion Muhammed Temel fired home, and when Atay Ibrahim found the net to make it three goals in three minutes, it looked as if Moreland would blow the Wolves away. The Wolves never one to lay down began to claw their way back into the game and got a goal back through Ubedye Cicek who finished his one on one chance, and were within a goal when returning Lokmen Ramadan found the net to have the Wolves back in the game. Another new inclusion for Moreland Hirose Kazuhide got his first goal on his debut to restore the some breathing space and have the Blues 4-2 up at the break.

Moreland looked to have steadied the ship in the second half, and some good work from Vaz saw Kazuhide tap home to make it five, before a well worked set piece saw Ibrahim put away his second to all but seal the points. Temel then saw his strike from a side ball deflect in, before a late goal to Abdirahman Ahmed sealed an emphatic opening day win for the Blues. 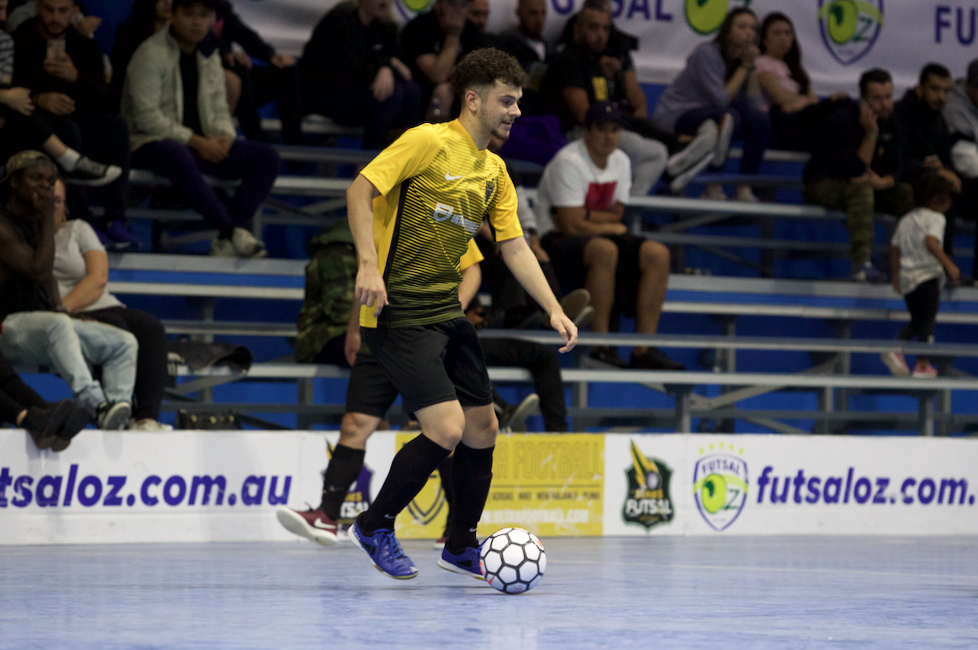 Next up saw the defending Champions take to the court as Fitzroy faced newly promoted Brunswick. The Tigers were given plenty of the ball early as Brunswick looked content to wait for a counter attack, but Fitzroy found the first goal as Cosimo Russo found Ben Monteleone at the back post to give his side the lead, and with goals hard to come by, it would remain just one-nil going into the half time break.

Brunswick were defending well and it wasn’t until the final ten minutes that Fitzroy found the net as Jose Filho saw his strike deflect in to give the Tigers some breathing space. Scott Rogan then fired home on his left foot to make it 3-0 and all but seal the win for Fitzroy, and they then turned to build their goal difference as Rogan found Russo at the back post who got his first of the season and made it a 4-0 lead. Russo then won the ball and slotted home past Szabo one on one. Brunswick got a consolation goal on the break as Andrea Zaccone slotted home, but the Tigers got another late one as Fernando De Moraes’ chip found the head of Cosimo Russo who nodded home from close range to give the defending Champions a dream start. 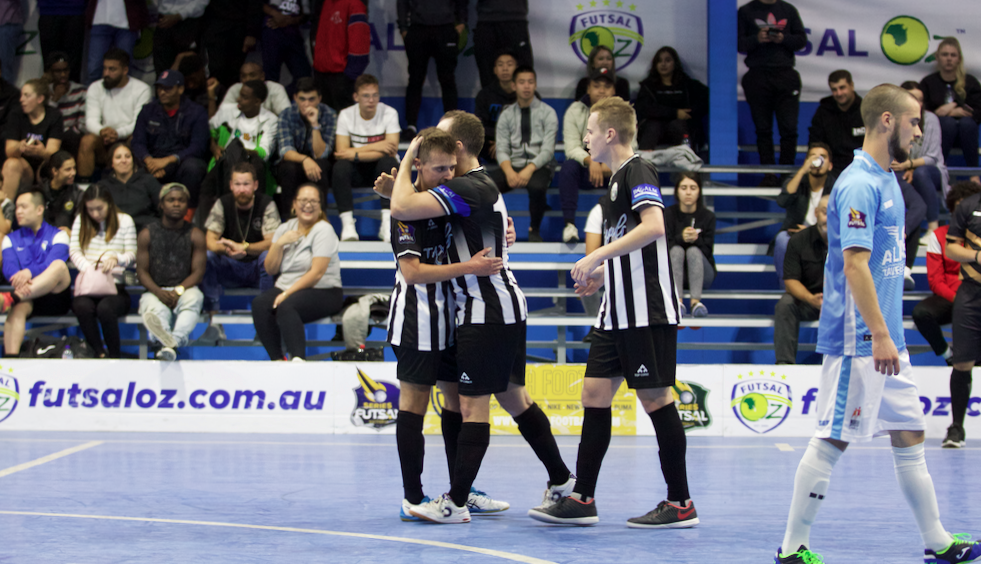 Next up saw another side who was heavily active in the transfer window in Pascoe Vale face State League Champions Regent City. In front of a packed crowd, Regent were taking it up to another title favourite, but failed to find the net and were punished as Andre Caro thumped home his first of the season from a side ball to give his side the lead. In similar fashion, new big name signing Arturo Garzon found the net to get his first in Pascoe Vale colours as the Lions held a slender 2-0 lead at the break.

Pascoe Vale then got the all important third goal as Mauricio Novak struck to make it 3-0 and make a come back very difficult for Regent. A mix up at the back for the Lions gifted Regent a goal as Abdulkadir Mohamed fired into an empty net making it 3-1 and keeping them in the contest. A very late strike from Caro sealed the deal, as the Lions kick start their season with a vital win.

The final game of the night saw the two sides who were hit the heaviest during the transfer window as former Champions Carlton faced Hume. The Black Army had plenty of doubters and struck early on through Jason Barrientos to open the scoring, before Hanna Shamon found the net to double the lead. Carlton were not going away and got a goal back through Josh Pulvirenti, and were level when Chaaban Rajab struck a stunning volley to tie the game at two. Dylan Govic then got himself a goal as the Heart took the lead and carried it into the break.

Early in the second half Hume pulled level again when Anthony Brown found the net, but Carlton were not letting Hume take control and regained the advantage when youngster Ali Al Sharani netted to restore the lead. Sinan Gluhak then opened up a two goal cushion once again. Hume were not giving up and Luqman Samuri found the top corner, before Brown netted again to set up a grand stand finish. With six seconds to play, Anthony Brown fired home his hat trick to send the game to a penalty shootout.

Hume then stole the points with a 1-0 win in the shootout as Omer Turkmen converted his penalty to seal the win. 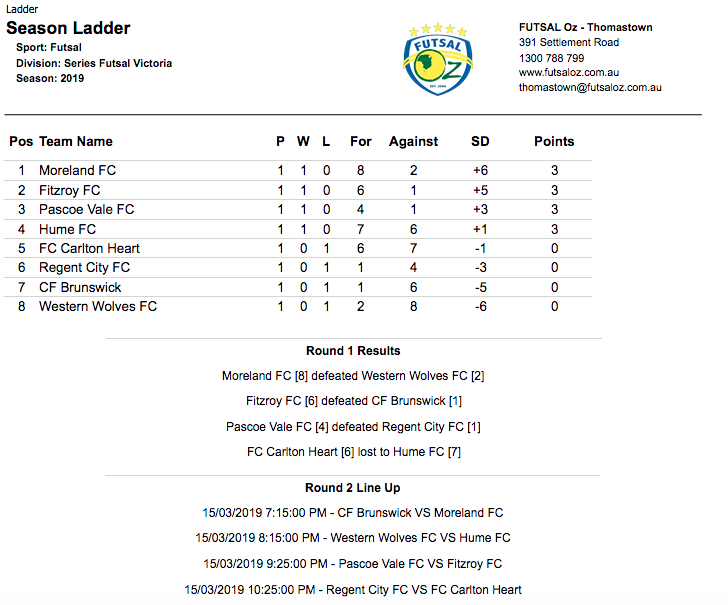