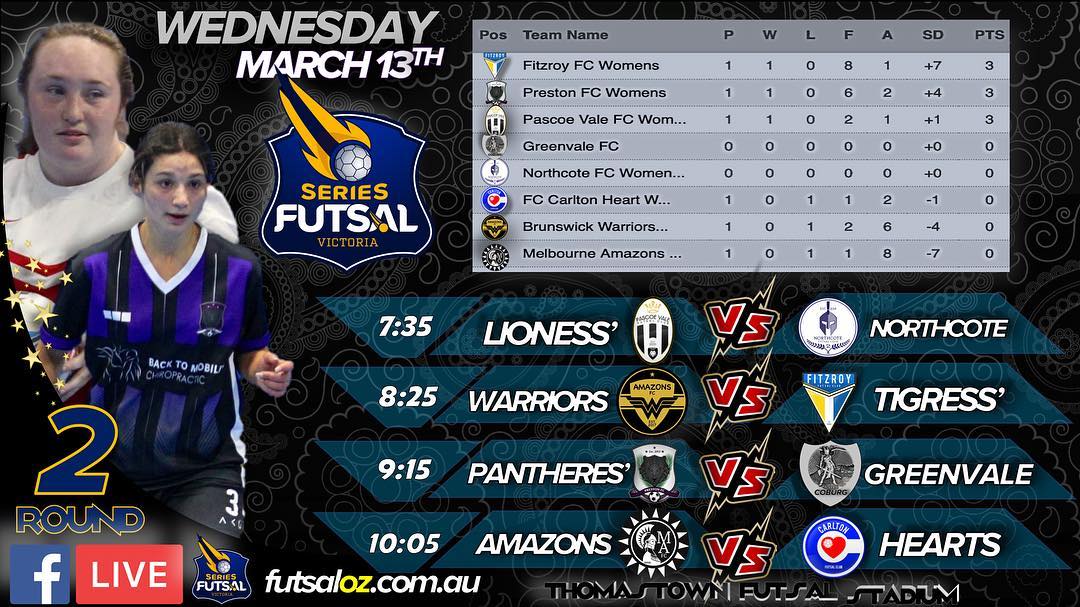 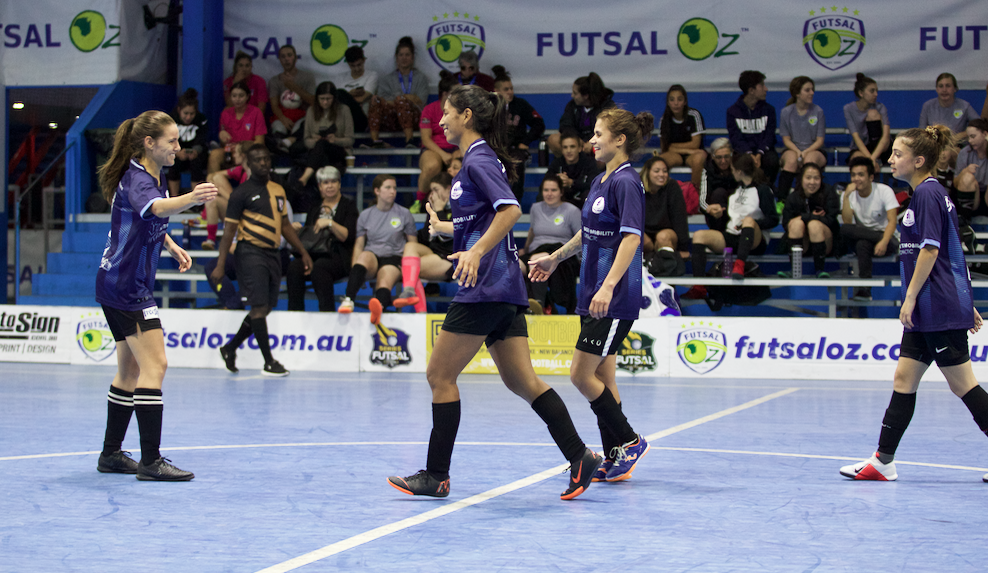 The opening game of the evening saw FOz Cup Champions Pascoe Vale face the ever dangerous Northcote. In a tight first half it was Northcote who would open the scoring as Eleni Fakos found the net to give her side a slender 1-0 lead at the break.

Pascoe steadied the ship in the second half and got themselves on level terms when Evangelia Parthimos fired home from close range to level the scores at one, before Liesl Woods found the net to have Pascoe ahead for the first time on the night. With Northcote pushing for an equaliser, they found it in the form of Candice Koranias who level the scores at two, and late on it was Northcote who stole all three points as Camilla Fresneda tapped home after the initial shot was saved, as Northcote took their first three points of the season. 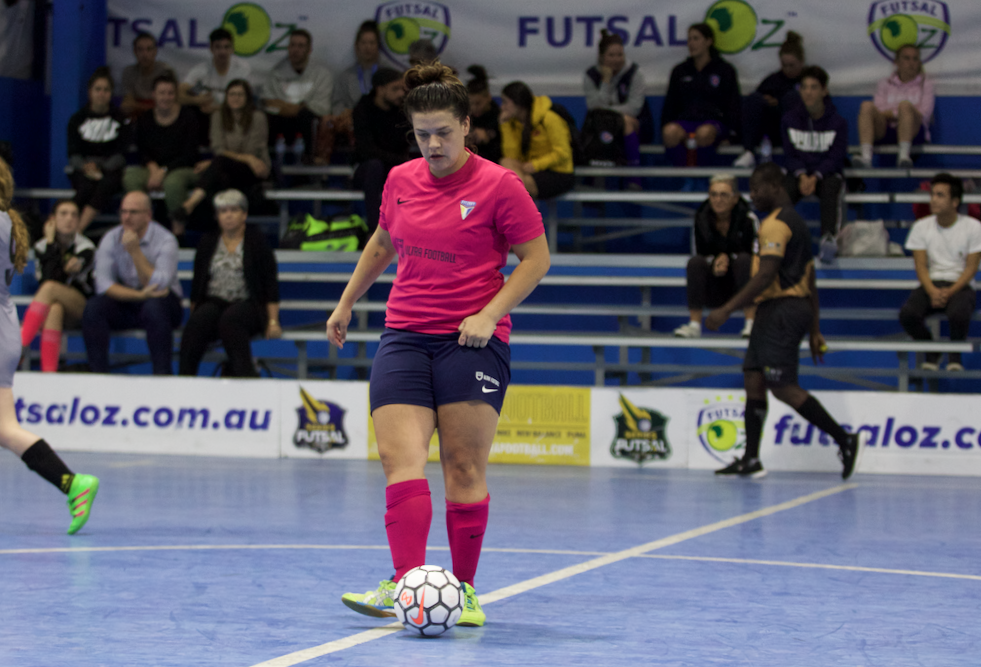 Next up saw newly formed Brunswick Warriors lock horns with title contenders Fitzroy. The Tigers were in the mood early and got themselves out to a handy 4-o lead, with a break from Coppock and singles to Erin Clout & Katrina Tsalikidis had them in control. A goal to Megan Grove before the break has Brunswick in with a chance of a come back as they trailed 4-1 at the break.

Fitzroy were rampant in the second half as they added a further eight goals to one, with Coppock ending the game with six to her name, while Clout & Tsalikidis both netted braces to have Fitzroy on top of the table after two rounds. 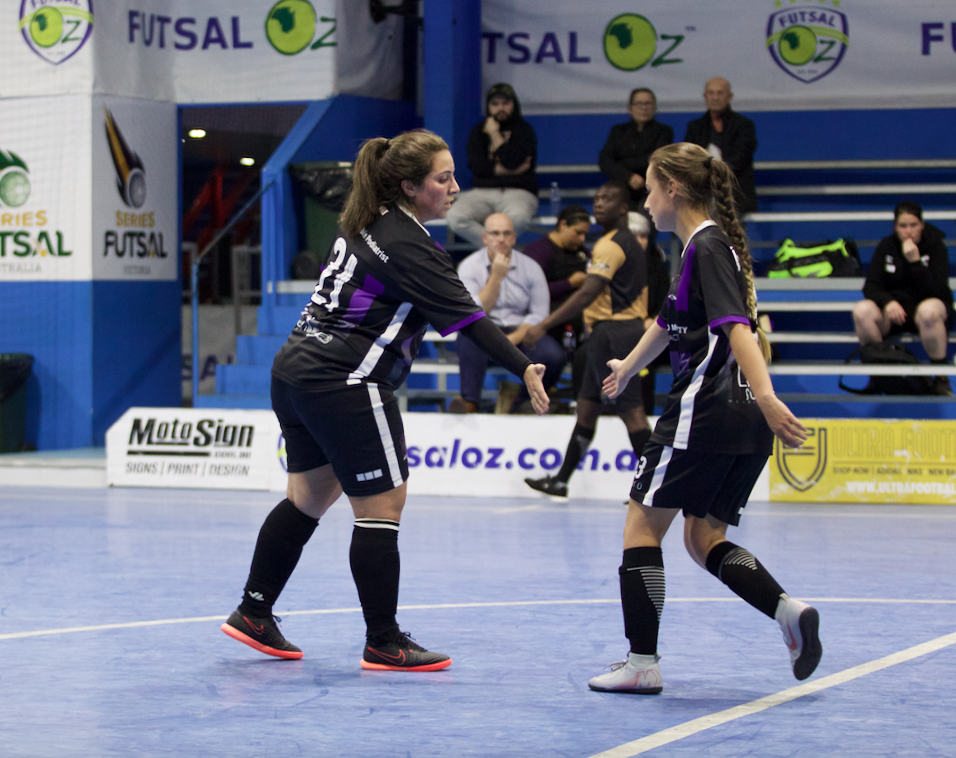 Next up saw Preston take on Greenvale for their first game of the season. Greenvale to the surprise of many found themselves two goals ahead early as goals from Yousif & Gallina had Preston on the back foot early. Preston hit the goal trail soon after and bagged the next four goals to no reply with Sherifi, Sammut, Eyar & Italiano all netting to have Preston ahead at the break.

Preston were too strong in the second half as the flood gates opened up, seeing Preston pile on seven unanswered goals, with Sammut finishing the night with a hat trick, while Parsons, Italiano and Eyar all registered braces as Preston made it two wins from two starts. 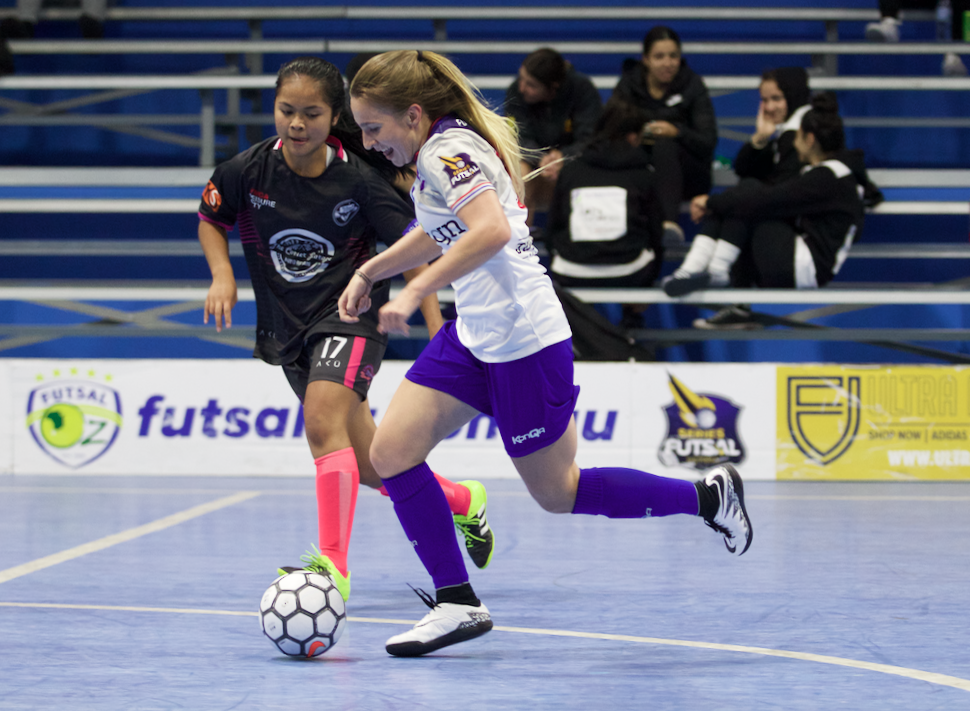 The final game of the evening saw Amazons and Carlton go head to head as both were in search of their first win of the season. It was the Amazons who took a surprise lead when Bianca Lee fired home to give her the the advantage, but a stunning strike from Rebecca Saber found the roof of the net to bring her side level, before Stephanie Galea toe poked home into the bottom corner to have the Heart ahead at the break.

In what was a tough game, Carlton finally managed to open up the two goal advantage as Savanna Anastasopoulos got herself on the scoresheet for a two goal lead. Lee would get her second of the game to set up a grand stand finish, but Carlton put the game to bed when Stefanie Oddo found the bottom corner to secure their first three points of the season. 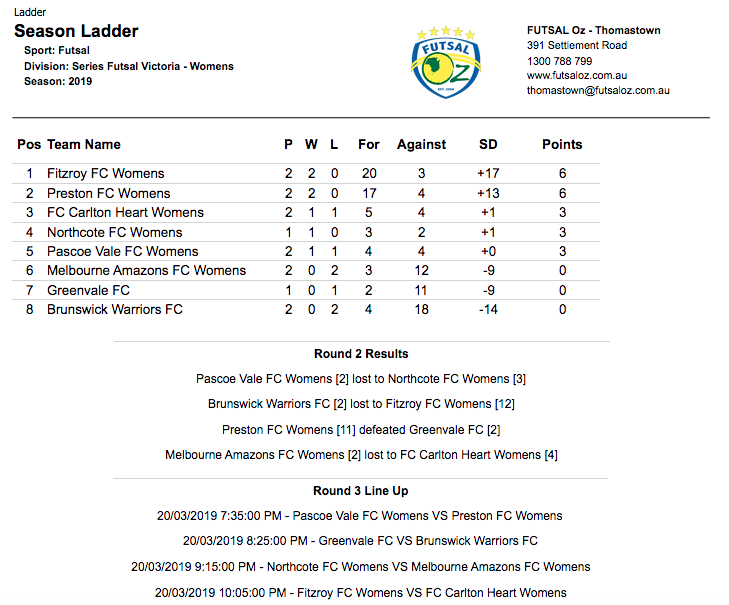