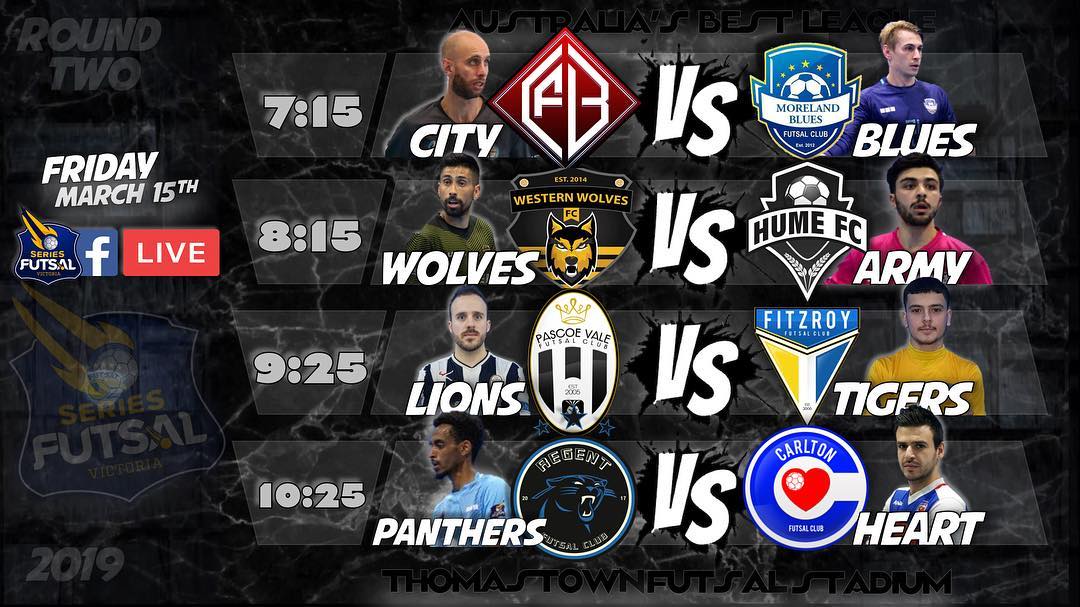 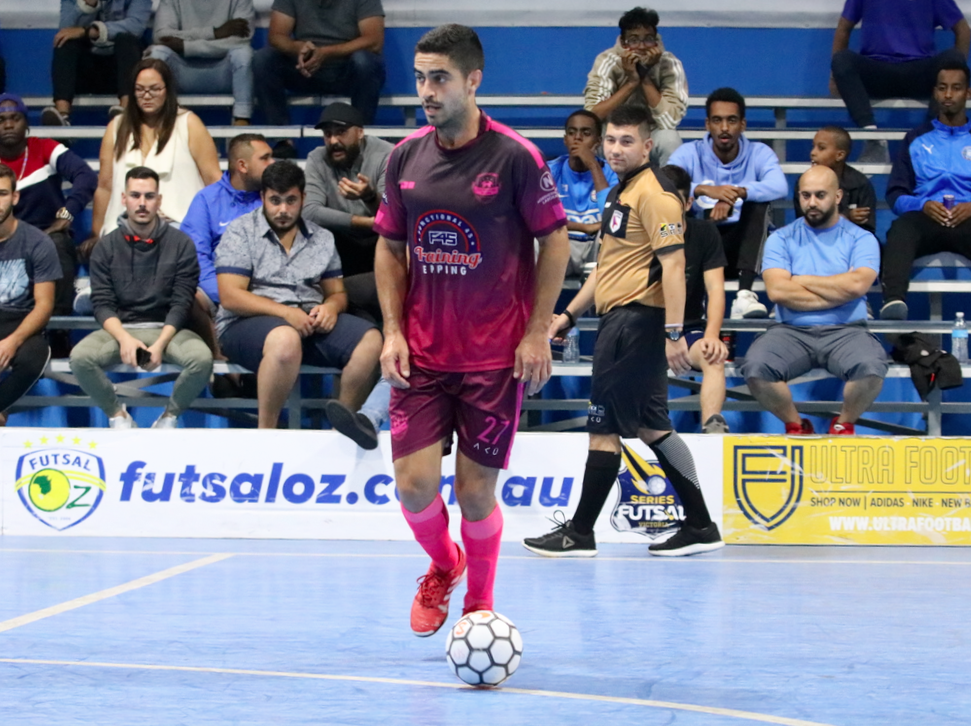 The opening game of round two saw Brunswick, who were coming off a defeat on the opening day, take on Moreland who looked in ominous form on their opening day win. Early on Moreland looked like they had no plans of slowing down and took the lead when Lucas Vaz tapped home from close range to give his side the lead, before Adam Cooper lashed home from a tight angle to make it two, and when Muhammed Temel found the net shortly after opening up a 3-0 lead, it looked like it would be a long night for Brunswick. A lovely bit of play from Moreland saw Matthew Vragovski toe poke home and have the Blues four up. Brunswick pulled a goal back through Simone Pelletti to remain in the contest, but some more good work from Vaz saw him find Kui Mu who tapped home to make it 5-1 at the break.

Moreland did not take their foot off the gas in the second half but Brunswick had steadied the ship, in saying that were still struggling to find the net, but it was no problem for Moreland as Temel rocketed home his second of the game, and when Kazuhide Hirose netted a brace it seemed like it would hit double digits. Brunswick got a goal back through an own goal, but Moreland had the last laugh with Ruz Roslan firing home to give Moreland two wins from two and have them in a good spot after two games. 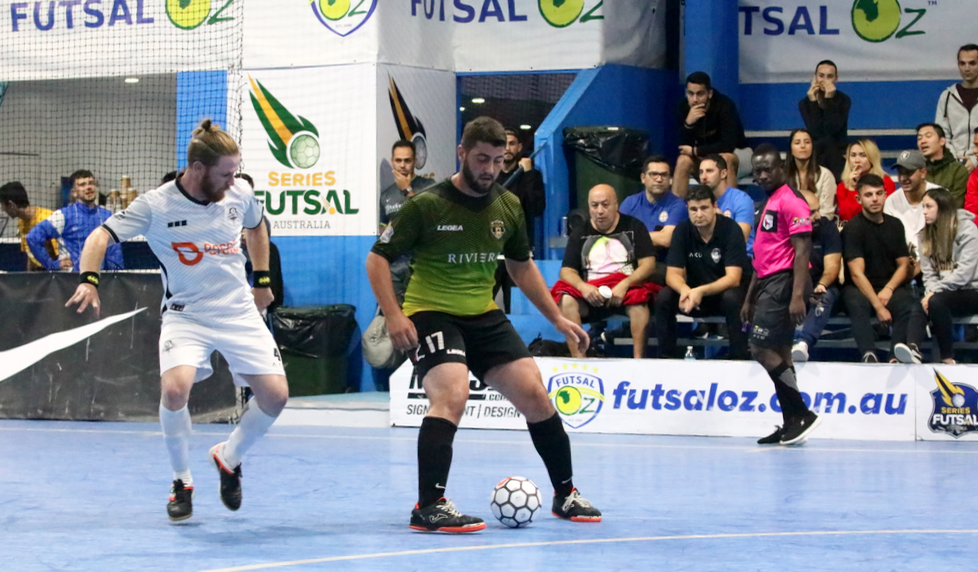 Next up saw Western Wolves who were coming off a loss, take on Hume who were spurred by a big win against Carlton on match day one. It was the Wolves who struck first as Lokmen Ramadan found the net from the left hand side, before a bit of fortune saw Ramadan left with an open goal which he slotted away for a two goal advantage. Hume hit back instantly through Jason Barrientos as he swung the momentum a little, but Ramadan was in the mood and out muscled his defender as he fired home at the near post for a 3-1 lead. Omer Turkemn beat his player and picked out the bottom corner to have his side within a goal at the break.

Early in the second half, on limited minutes, Ubeyde Cicek found the net to restore some breathing space for the Wolves. A ball to the back post from Petrovic found Luqman Samuri who tapped home to again have Hume within a goal, and soon after, they were level when Hanna Shamon netted to tie the game at four. Rodrigo De Faria again steadied the ship as he got the go ahead goal, and then De Faria struck again to seal the win as the Wolves get their first win of the season. 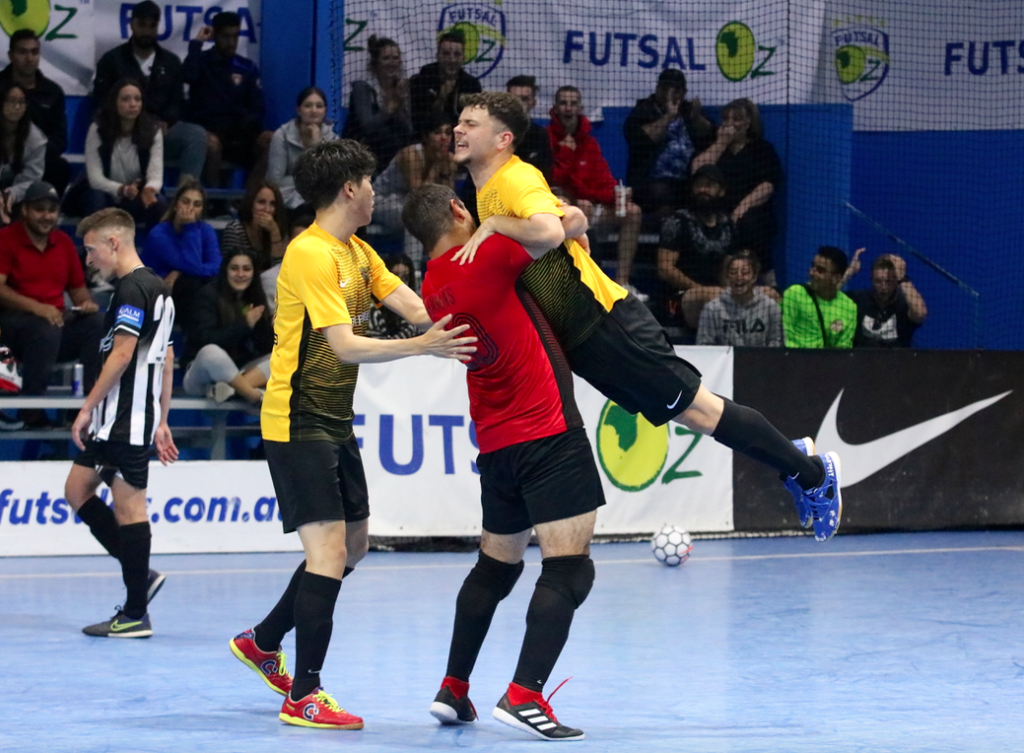 The game of the night was next in line as title challengers and old rivals Pascoe Vale & Fitzroy did battle in El Classico once more. A tight first half saw both sides create plenty of chances, but both keepers were at the top of their game as neither side managed a breakthrough as we went into the break locked at zero.

The game continued at a high intensity in the second half and it was Pascoe Vale who got the all important first goal, with a deflected pass finding its way to the back post where Arturo Garzon finished to give the Lions the lead! Pascoe Vale had a number of chances to win it, but an incredible five saves in the one play from Fitzroy stopper Peter Tamburrino kept Fitzroy in the game. The Tigers then gained the ascendancy and began to attack a lot more and in the final minute and a half of play, the Tigers drew level as a similar goal to Pascoe Vale’s opener saw Cosimo Russo strike to level the game at one. Fitzroy were then awarded a ten meter penalty, which saw Felipe Bley deny Jose Filho, but from the rebound, Leo Kimpara would tap home to give Fitzroy the lead with twenty seconds to play. Another ten meter went Fitzroy’s way, but Bley again denied Filho and that was all she wrote as the Tigers took home a famous win. 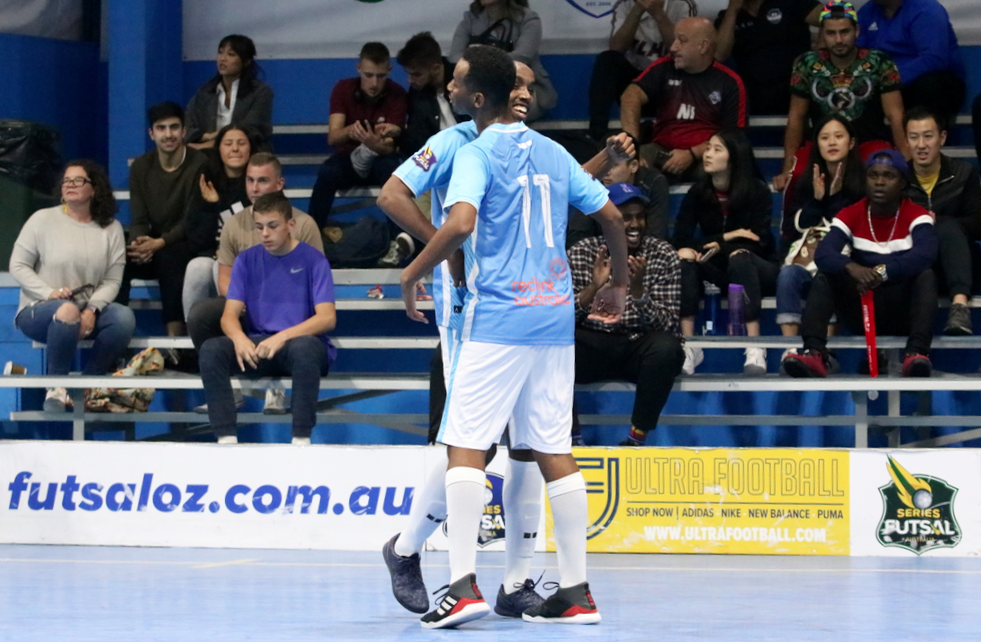 The final game of the evening saw State League Champions Regent City in search of their first win, face three time Champions Carlton Heart. It was Regent who struck first through former Heart player Abdirizak Ahmed as he gave his side an early lead. A nice bit of play from Regent late in the half saw Joaquin Jiminez tap home to double the Panthers advantage as they were purring at the half time break.

Early in the second half a Carlton hit back through Rico Hauser to halve the deficit and have the Heart back in the game. Regent restored their two goal cushion soon after as Abdirizak toe poked home for a 3-1 lead and Regent turned the screws from there as they piled on the next five goals to no reply with Kevin Lam firing home a hat trick and Abdulkadir Mohamed a brace to seal a massive first win in Series Futsal Victoria for Regent, despite a late goal from Chaaban Rajab, it would only be a consolation as Regent grab their first win of the season. 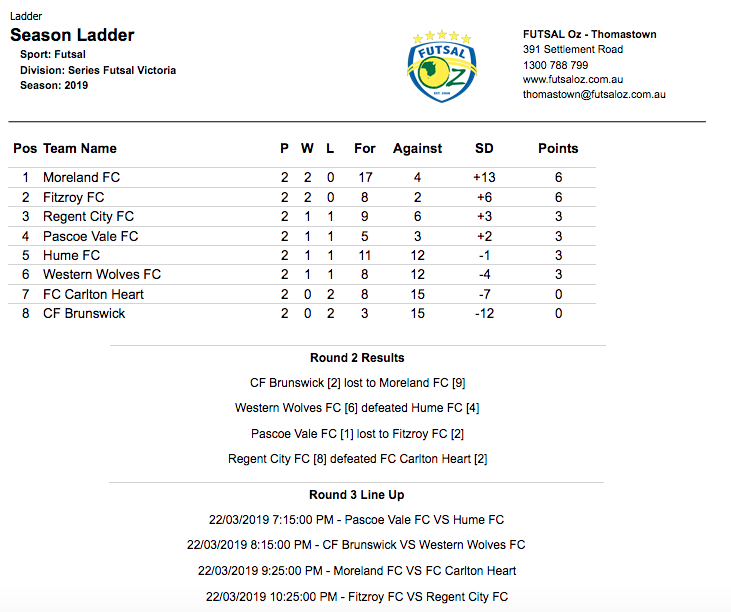