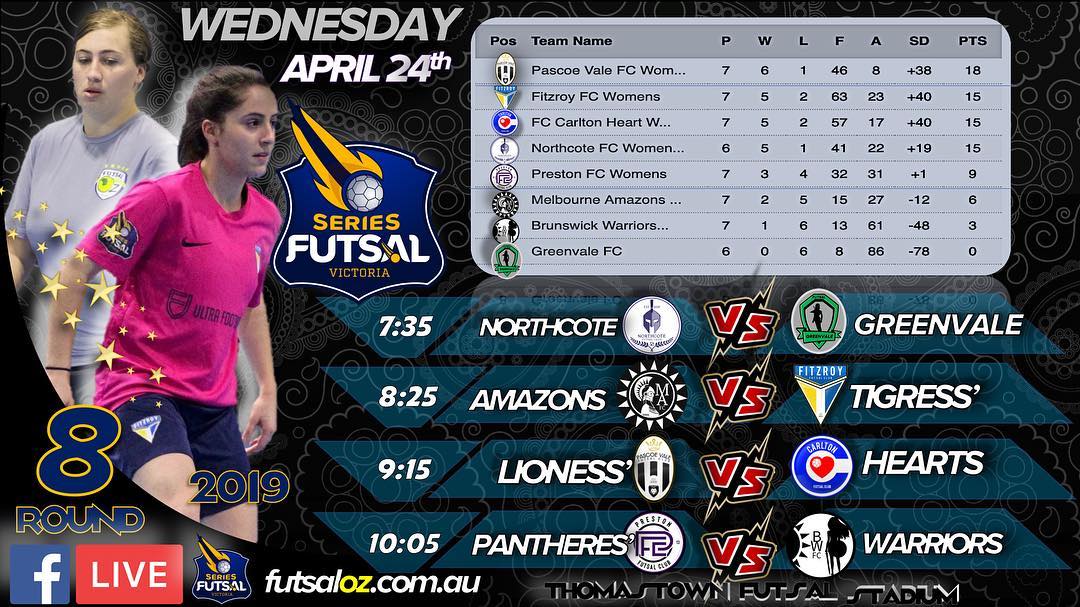 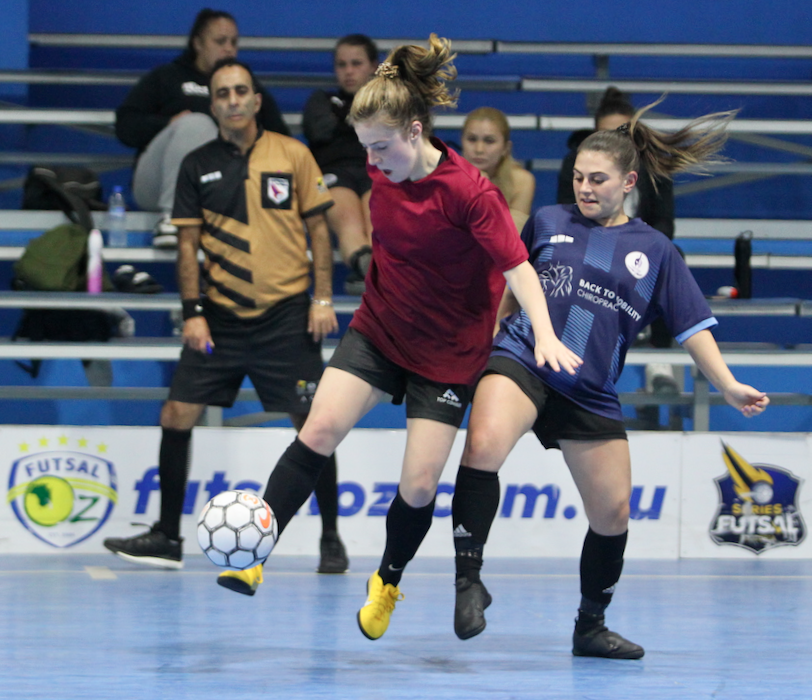 The opening game of the round saw title chasers Northcote face bottom of the table Greenvale with a big score expected. The big score was just what happened as Northcote piled on ten unanswered first half goals to take a resounding lead into the break.

The second half was more of the same, and despite Greenvale getting a goal on the board through Sam Ferraro, it would be another huge defeat as Eleni Fakos ended with a game high seven goals, supported by four to Tayla Mure and a hat trick to Monica Fonua in the 20-1 victory. 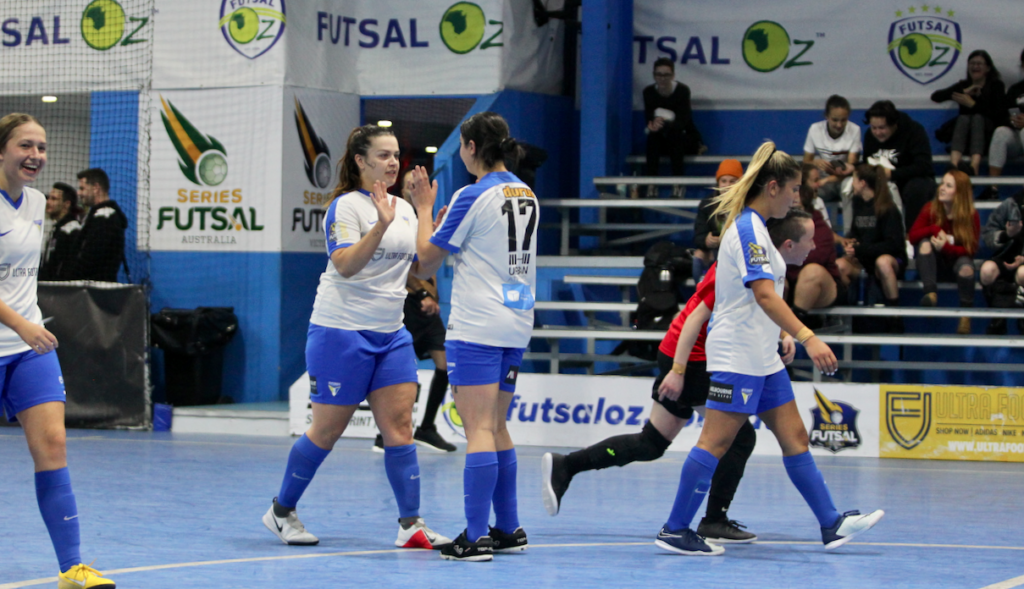 Next up saw Melbourne Amazons take on another title chasing side in Fitzroy. With both sides missing some key players, a tight contest was expected and it was Fitzroy who took the lead early via a free kick that was converted by Em Coppock for the opener. Some good work from Coppock soon after saw her turn provider for Nikolina Bucolo to slot home and have the Tigeress’ two up at the break.

Midway through the second half Fitzroy made it three when Ebru Efe cut onto her right foot and struck high for a three goal advantage, before Coppock turned her player and fired home with a bit of fortune making it 4-0. Amazons hit back through a well placed Bianca Lee free kick, but Fitzroy were too strong as a long throw was touched home by Coppock for her hat trick, with a late strike from Coppock taking her tally to four in the convincing win. 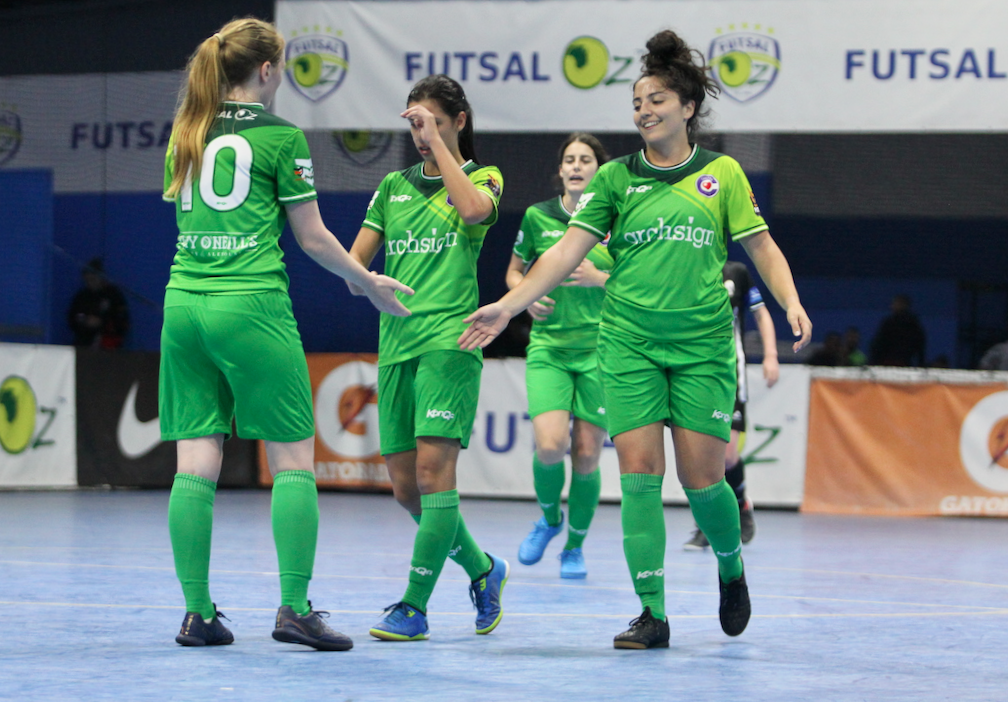 Next up was the game of the round as league leaders Pascoe Vale faced a tough opponent in third placed Carlton. It was the Heart who found the net early as Stefanie Oddo rocketed home an early effort into the top corner to give her side the lead. Shortly after it was two as Rebecca Saber turned and fired home to have Carlton in control at the break leading 2-0.

Pascoe did their best to come back into the game but when Saber struck for a second time in the final ten minutes it looked all but over for the Lioness’. A late goal from Bruna Silva gave Pascoe a consolation goal to take home, but it was Carlton who ran out with an important win over the league leaders. 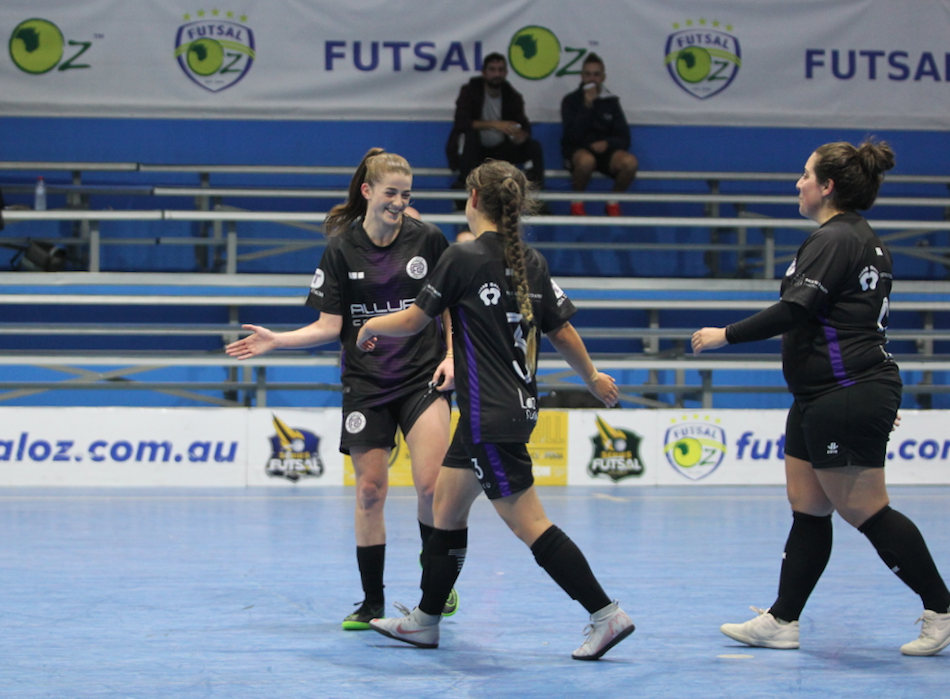 The final game of the evening saw Preston looking to bounce back from a defeat last week as they took on second bottom Brunswick Warriors. The game was all but done by the half time break with Preston adding six goals to one with Fetima Abou-Eid leading all scorers with a brace, while Amar Ayache got her name on the scoresheet for Brunswick.

The second half was one way traffic as Preston ended the game with ten second half goals to seal a 16-1 victory with Janelle Rose-Sammut bagging four, while Abou-Eid & Marie-Allen both completed hat tricks in the dominant victory. 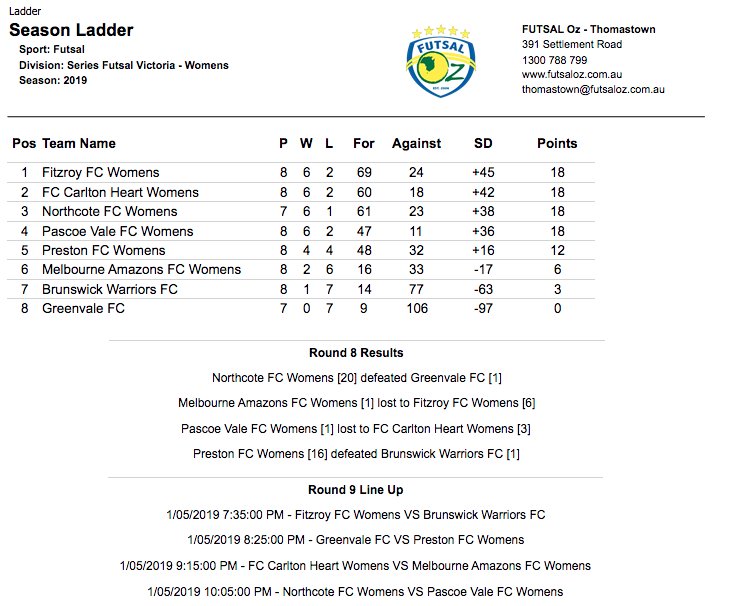