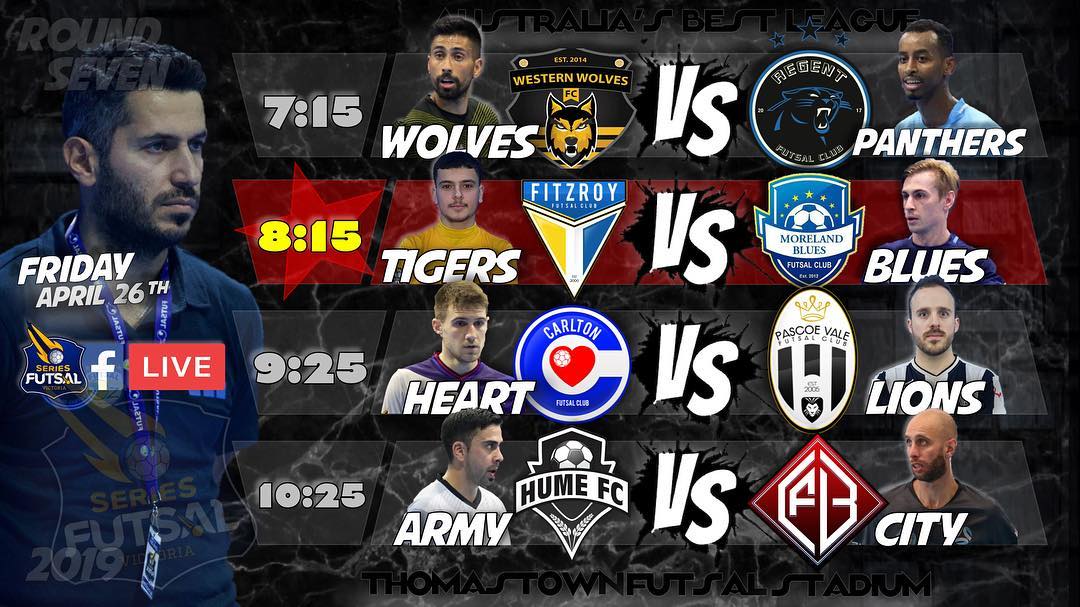 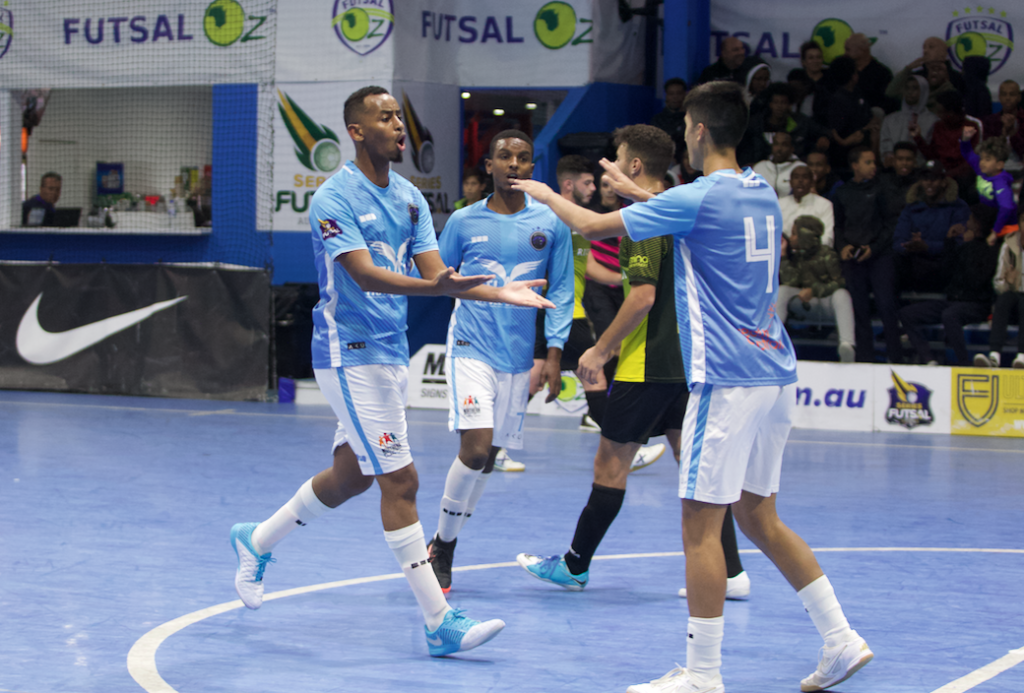 The opening game of round seven saw Western Wolves look to make up some ground on their opponents Regent City. A crucial game for both sides, it was the Wolves who struck first through a Melvin Becket strike which struck the post and found its way in. Regent levelled soon after through an Osman Ahmed strike on the turn, before some great work from Abdirizak AHmed found Osman again to give his side the lead. Regent were two up when a Shifa Ahmed strike hit the woodwork and fell to Michael Nguyen to put home from close range for a two goal buffer. The Wolves halved the deficit when Jonathan Barrientos struck to keep his side in the contest, before a Reda Zenfouri strike had the Wolves back on level terms and in command. A bit of fortune for Regent as a failed clearance fell to Barrientos who converted his one on one chance to give the Wolves the lead at the break.

With plenty of goals still left in this one, Regent were level again as Osman Ahmed completed his hat trick with a strike from the left hand side, but the Wolves looked determined to take this one and were ahead again when Zenfouri found the net to have his side ahead five goals to four, but Regent would again pull themselves level with Michael Nguyen firing home from around ten meters to tie the game at five. Regent would find themselves a winner as Osman’s deflected strike fell into the path of Abdirizak Ahmed who slotted home the winner as Regent took away a crucial and hard fought three points. 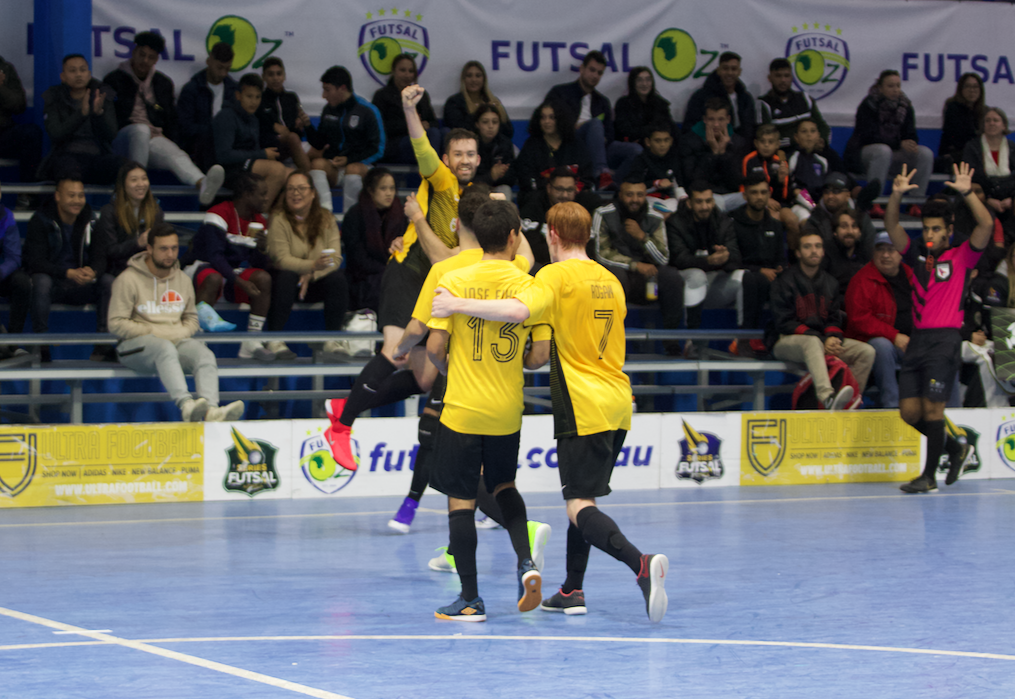 Next up was the big one as Fitzroy and Moreland the only two undefeated teams in the competition did battle. It was the Tigers who struck first as Leo Kimpara won possession high up and finished his one on one chance to give his side the lead. Moreland hit back when Atay Ibrahim used a lovely piece of skill to beat his man and fire home to tie the scores at one, but Fitzroy again went ahead when A nice bit of play saw Cosimo Russo fire home from close range to have the Tigers leading 2-1 at the half.

Early in the second half Fitzroy would get out to a two goal advantage when Jose Filho stuck at the near post from a side ball to give his side a 3-1 advantage. Moreland were not going away though and got a goal back through a rocket from an Adam Cooper side ball pulling his side within a goal, and Moreland were level when Cooper cut the ball back for Lucas Vaz to turn home and tie the game at three. Moreland had completed the come back soon after as Ibrahim forced an own goal from Tal Galper to give the Blues a 4-3 lead. Fitzroy had answer for that as Fernando De Moraes toe poked home to level the game at four, before Fitzroy found a winner with under two minutes to play as a lovely piece of play was tapped home by De Moraes to seal the win in another electric encounter between these two sides. 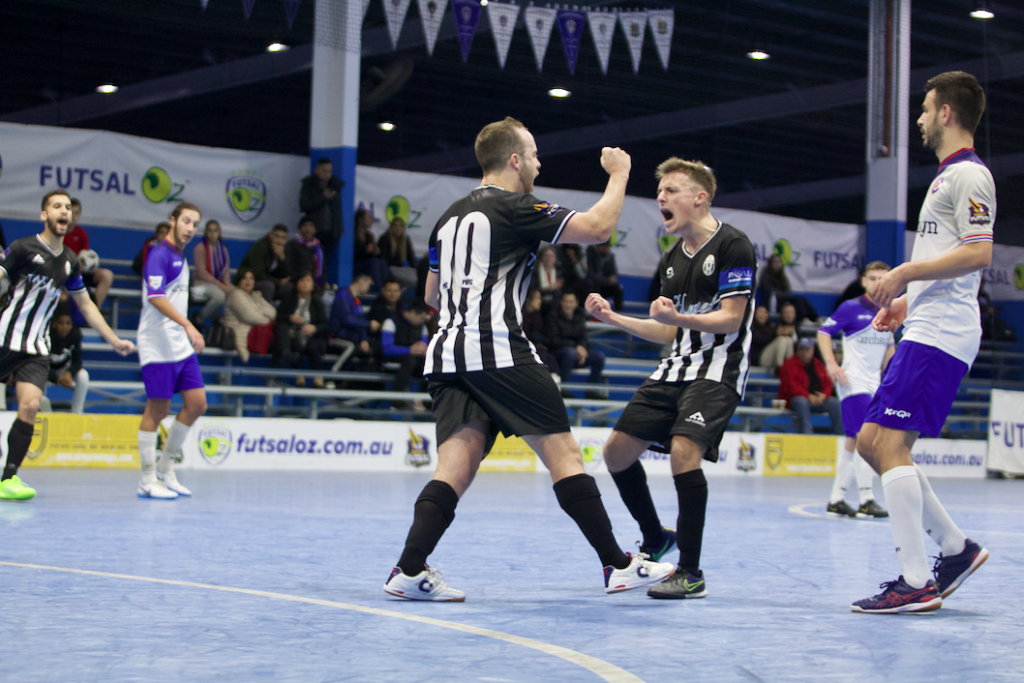 Next up saw a struggling and relegation threatened Carlton Heart face title chasers Pascoe Vale. The Heart have had an up and down season to date but began this one in the best possible way as Josh Pulvirenti netted from the opening kick off to give his side the lead. Pascoe hit back through a Tyler Garner strike off the bench, but Chaaban Rajab raced clear on goal and slotted past Felipe Bley to restore the lead for the Heart. Former Carlton player Arturo Garzon-Diaz finished off a lovely bit of play with a low strike to level the game at two, and when Garzon slotted home from a free kick, the Lions would carry a 3-2 lead into the break.

Carlton were not going away though and got themselves level again through an Ernie Simsek goal at the back post as an upset was brewing. With the game in the balance Pascoe won a ten meter penalty which Andre Caro stepped up and converted to restore the Lions lead as they looked to hold on for the win. Carlton were determined to get a result though and when Chaaban Rajab struck from distance it levelled the game, and with no more goals we were heading to penalties.

Only one penalty was scored by Garzon-Diaz as Pascoe survived a scare to take the three points. 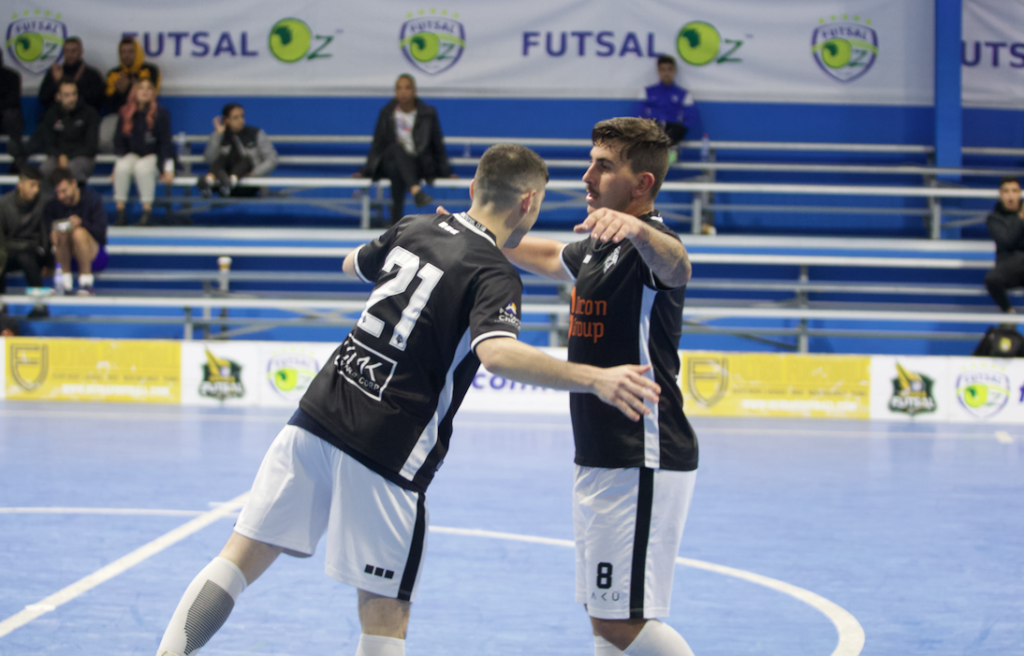 The final game of the evening was a massive one in terms of the relegation battle as Hume faced Brunswick. With both sides looking to pull away from the pack a slow start to the game saw neither side create many chances to score, until Giovanny Garcia broke the deadlock and gave City a slender one goal advantage at the half time break.

Hume opened the second half in a more positive way and applied pressure to the Brunswick goal, striking the post on a number of occasions but got their reward with Mario Petrovic lashing home on the turn to level the scores. Hume then took the lead through Konrad Machoy who rounded the keeper and finished to have his side ahead. A thumping strike to the back post from Nejdett Sahin was tapped home by Omer Turkmen to open up a two goal advantage. Hume had their tails up and when Jason Barrientos turned and finished it looked all but certain Hume would take the win. Brunswick turned to the fifth man and got a goal back as Garcia found Michele Giotta who kept the hopes of a come back alive. It was all over though when Petrovic struck into an empty net to seal a crucial win for Hume that lifts them off the bottom of the table. 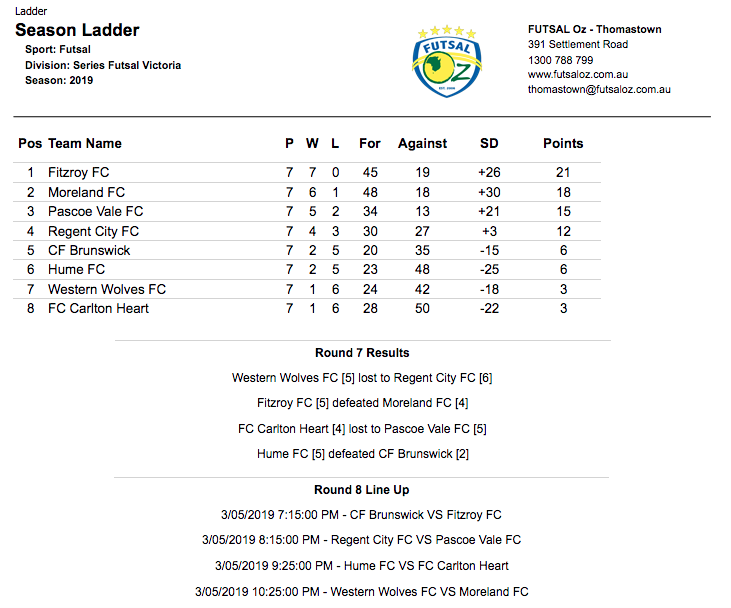