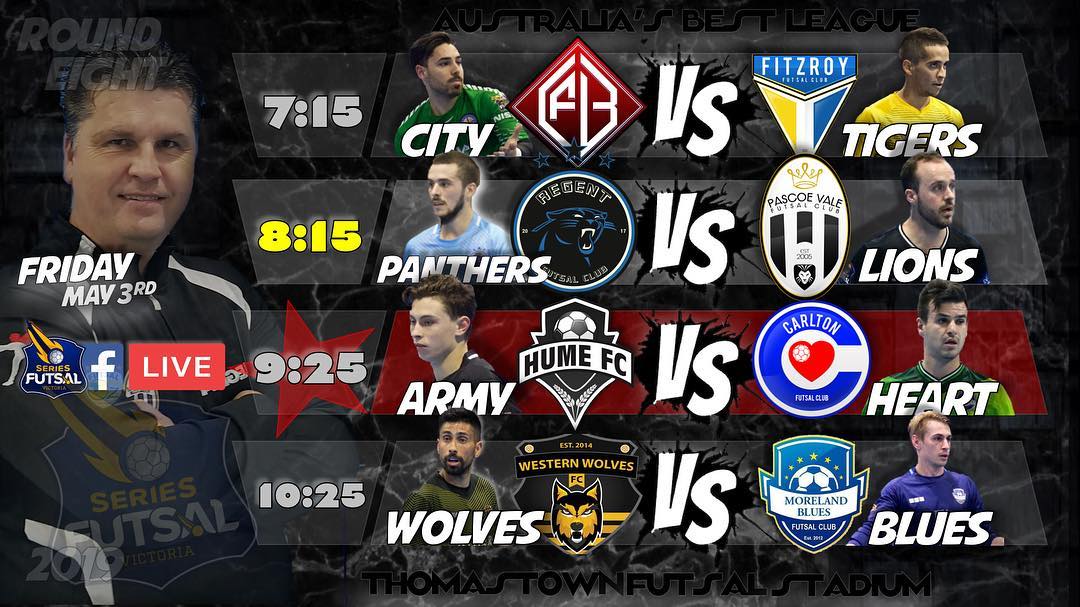 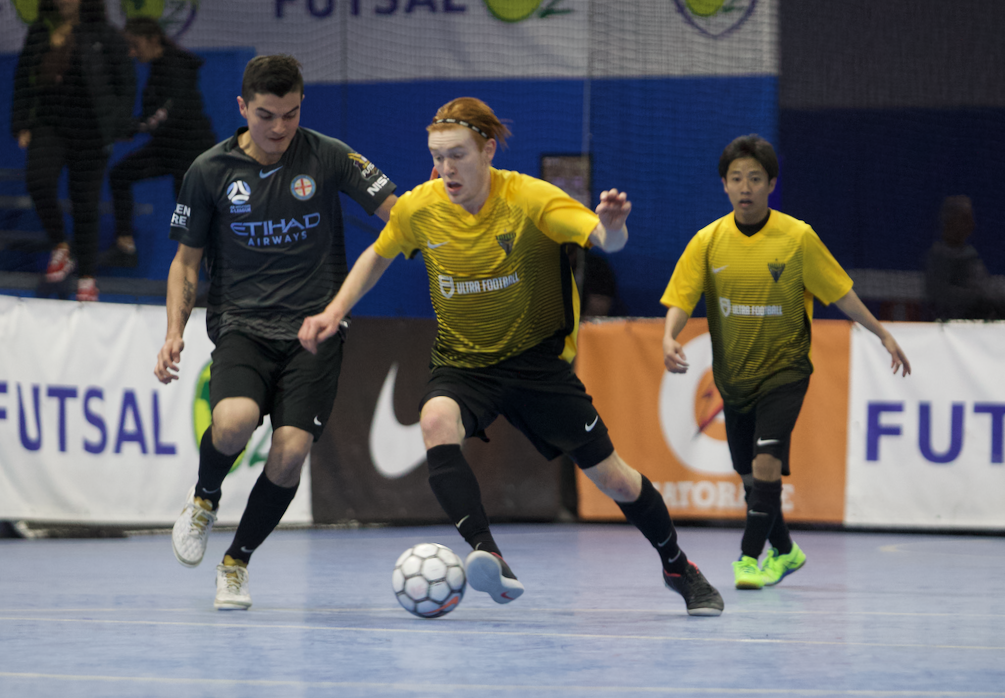 The opening game of round eight saw a relegation threatened Brunswick take on league leaders Fitzroy. It was the Champions who struck first through a Cosimo Russo rocket from a side ball to give his side the lead. Brunswick drew level from a side ball of their own as Simone Pelletti’s effort took a deflection on its way in to tie the game at one. Fitzroy restored their advantage through Yohei Karube as he got his first goal for the club to restore his sides lead, before a pair of Scott Rogan side balls found the net for a 4-1 lead to Fitzroy. On the half time buzzer Russo fired home his second of the game to have his side holding a 5-1 half time lead.

Brunswick came out of the half time huddle rejuvenated and pulled an early goal back through a header from Simone Pelletti who netted from a tight angle to keep his side in the contest, and soon after they were within two as Giovanny Garcia struck against his former side to have his current club back within two. Fitzroy steadied the ship though as Rogan found Karube at the back post who tapped home for his second of the evening. Rogan then found some space and toe poked home to complete his hat trick, before turning provider for Russo who also completed a hat trick of his own. Russo added a fourth from a tight angle to put the game to bed, but Brunswick weren’t going away and got another goal back through Jesse Papas to remain in with a slight chance. Fitzroy would finish on a high tho as Moe Matar got his first league goal for Fitzroy with a fantastic chip, before Elias Parthimos netted to seal a convincing win for the Tigers as they remain on top of the table. 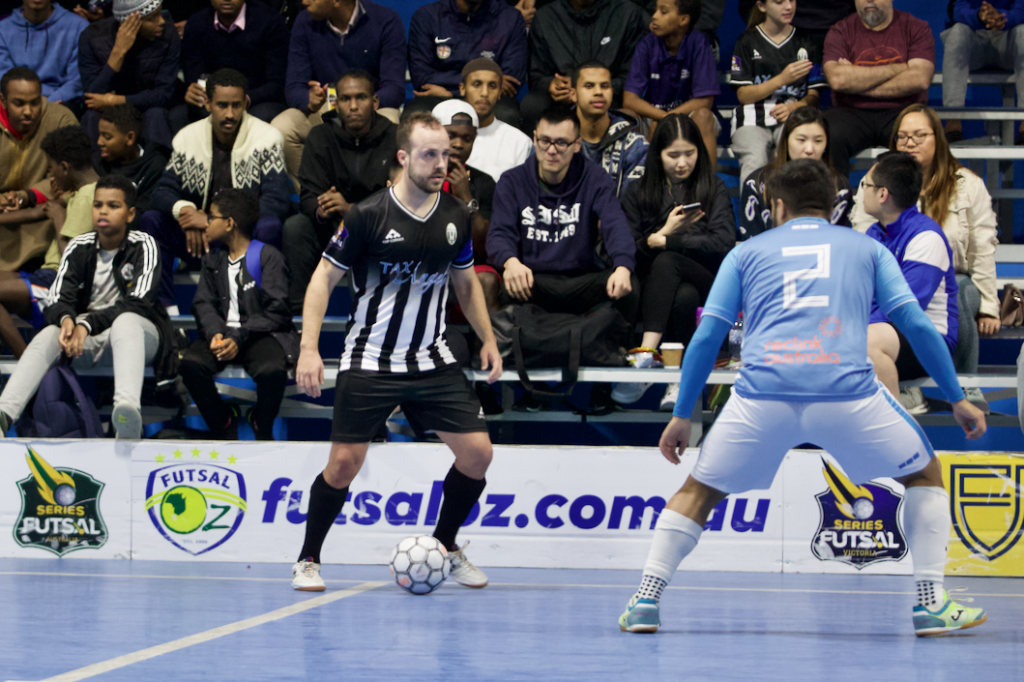 Next up saw Regent City take on title chasers Pascoe Vale. It was Pascoe who broke the deadlock after a fair amount of time being locked at nil, with Andre Caro firing home to give his side the lead. It was soon two as Felipe Bley pushed up the court and was afforded too much time as he toe poked home to have Pascoe leading 2-0 at the break.

Regent would need the opening goal of the second half to remain a shot but it didn’t go their way as Mauricio Novak found the net to have the Lions leading 3-0 and all but home and dry. Bley was caught out of goals and punished as Osman Ahmed finished from close range to keep his side in the contest. Shifa Ahmed then finished off a lovely move through the legs of Bley to have his side back within a goal. The comeback wasn’t to be though with Alisson Lima Da Rosa finding the net to seal an important win for Pascoe Vale. 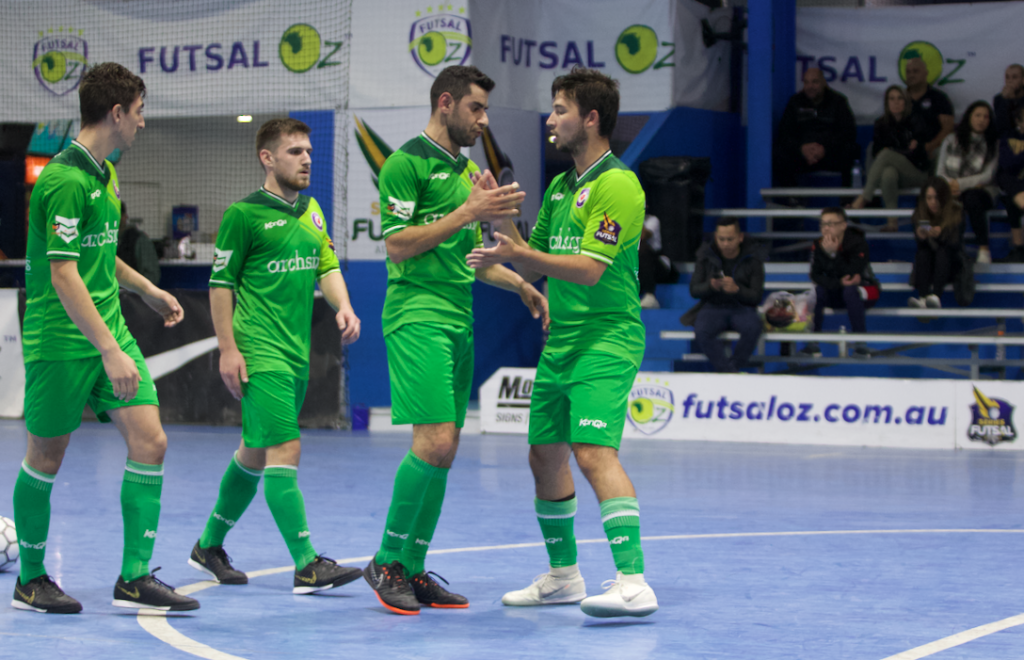 Next up saw a crucial fixture in terms of the relegation battle with Hume taking on Carlton in a must win for both sides. It was Carlton who took an early lead through a Rico Hauser strike from a side ball, before a penalty went the Heart’s way as Hauser dispatched that for a two goal lead. Ernie Simsek then unleashed a strike from halfway to have his side three goals to the good. Josh Pulvirenti then found the net for a 4-0 lead at the half time break.

Hume got the second half off to the perfect start with Omer Turkmen turning home from a Mario Petrovic free kick to keep his side in it, though Carlton steadied as Chaaban Rajab found the net to restore the four goal lead. Hauser then smashed home a free kick for his hat trick and a 6-1 lead. Petrovic then pulled a goal back for Hume as they continued to chip away at the lead, but Simsek then netted for a second time to all but kill off the game at 7-2. Hume got another back through Kamal Fayazi sliding in at the back post but another from Simsek for his hat trick sealed a vital win for Carlton which lifts them off the foot of the table. 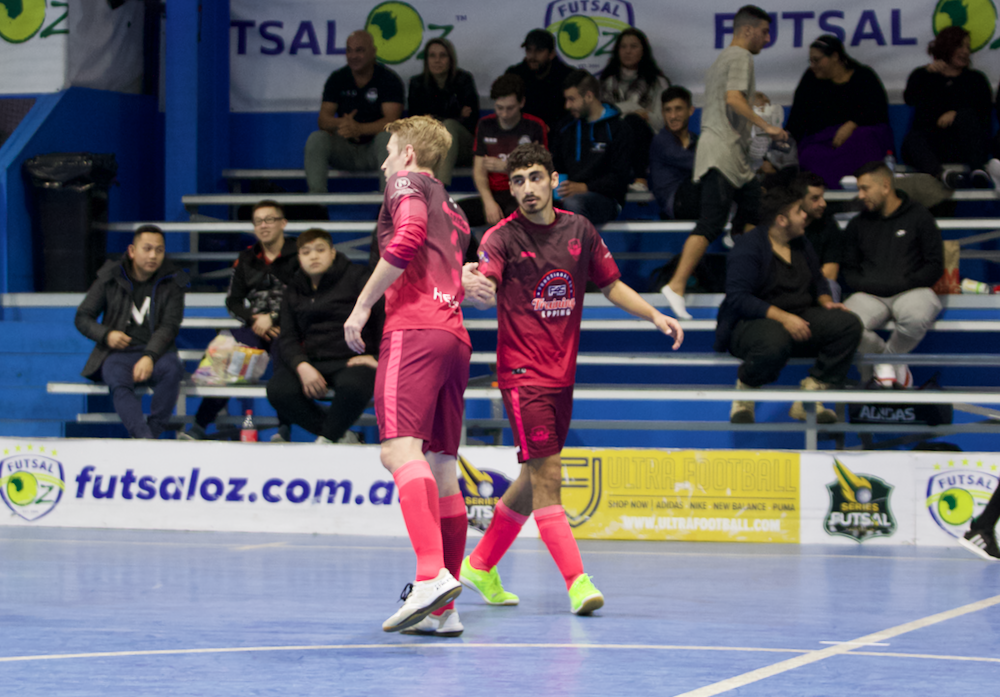 The final game of the evening pitted Western Wolves up against title chasers Moreland. With the Wolves heavily undermanned it was always going to be a tough ask for them, but they didn’t let that phase them as they opened the scoring through Exman Garran for an early lead. Moreland hit straight back with Adam Cooper finding Lucas Vaz at the back post who back heeled home to level the scores, but the Wolves again regained the advantage as Rena Zanfouri fired home on the rebound for a 2-1 lead. Muhammed Temel found some space from as side ball and tapped home to level the scores again, before Adam Cooper took the ball in his stride and rifled it home for a 3-2 lead. Ruz Roslan then picked out Kui Mu who tapped home for a 4-2 advantage as the game was getting away from the Wolves. The goals weren’t drying up with Ubeyde Cicek striking from a free kick, but again Kui Mu was on hand to restore the two goal advantage. Zenfouri beat his man down the line shortly after before putting it away to go into the half time break trailing by just one.

Early in the second half the Wolves were level as Hisham Neifaoui toe poked home and tied the game at five. Moreland would again take the lead as Cooper found Vaz to tap home at the back post, before Temel picked out the bottom corner to all but seal the win. A red card to the Wolves saw the Blues take full advantage with Temel tapping home, and left down a man for the rest of the game, Moreland punished their rivals as Temel struck again for a quick-fire hat trick before Vaz tapped home a hat trick of his own to blow the score out in what was a much tighter game than the scoreline showed. 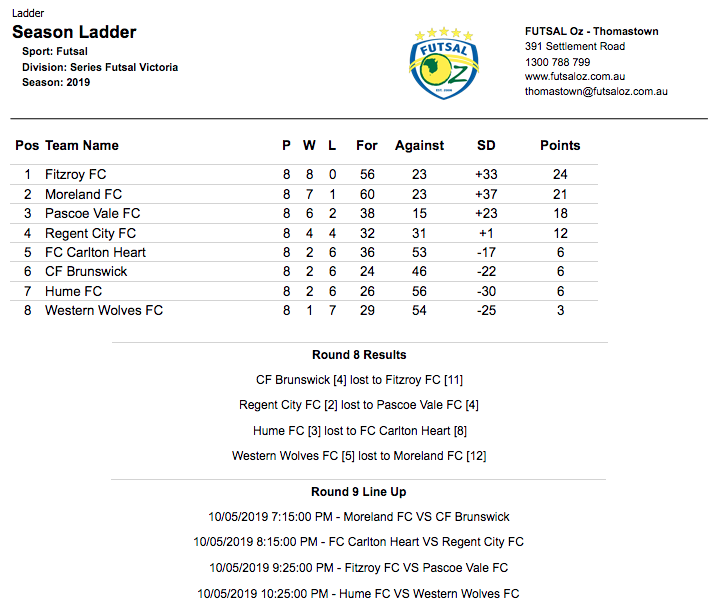