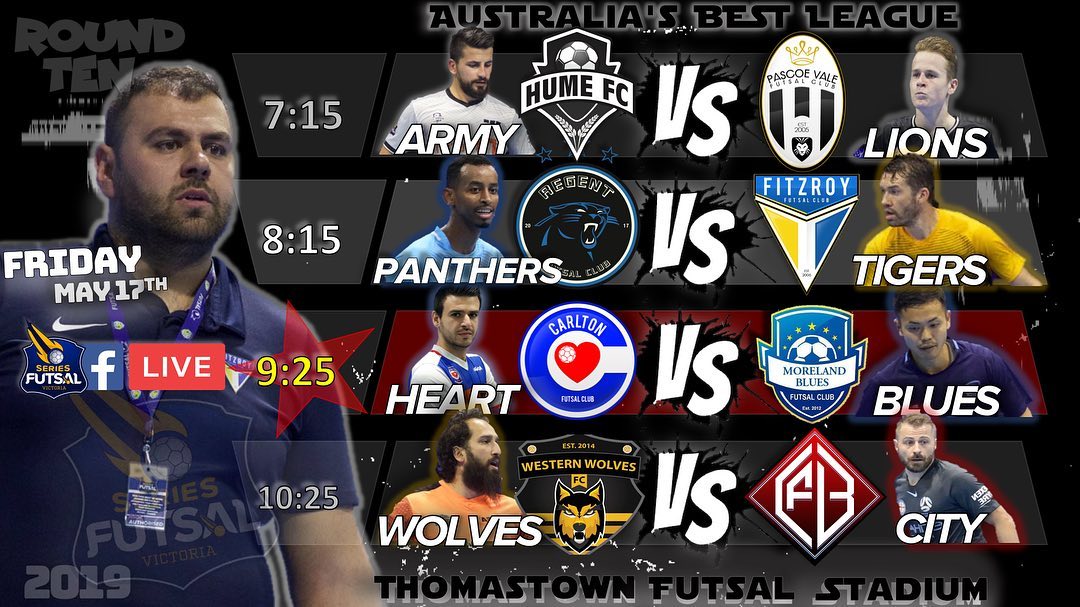 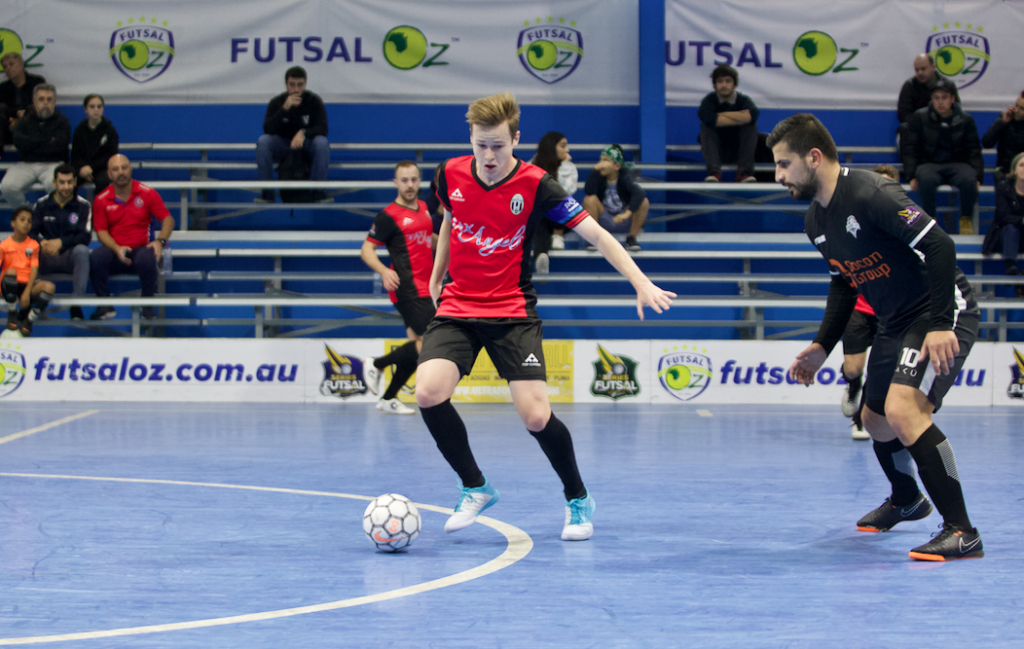 The opening game of the round pitted a struggling Hume against a title chaser in Pascoe Vale. Hume got off to the best possible start with Jason Barrientos tapping home at the back post to give his side a shock lead. Pascoe hit back through Andre Caro who struck home on the volley to restore parody. The Lions then took the lead for the first time as a good ball from Tyler Garner found Mauricio Novak who tapped home, before Andre Caro roofed an effort to open up a two goal lead. Kelvin Dos Santos then found the net as Pascoe had turned it around going into the half time break with a 4-1 lead.

Hume needed the first goal in the second half and got it through an Andres Delgado strike but Pascoe hit back again as Caro teed up Sinan Gluhak to tap home and restore the advantage. Jason Barrientos tapped home for a second time to keep Hume in with a chance, but Tyler Garner then netted to all but kill off any chance of a comeback. A pair of late goals from Nathaniel Turner & Alejandro Gomez sealed a comfortable win for the Lions. 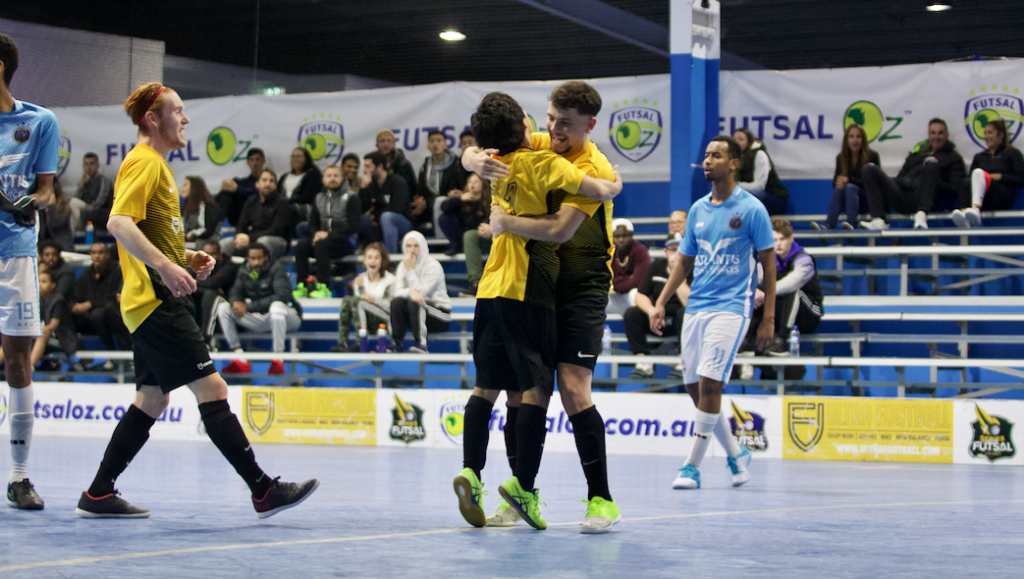 Next up saw fourth placed Regent City take on league leaders Fitzroy. It was Fitzroy who got off to the better start when Leo Kimpara opened the scoring, before some nice play saw Cosimo Russo tap home to double the advantage. Before the break Regent struck through a side ball from Michael Nguyen as they remained in the contest at the break.

A tight tussle opened the second half and it was Regent who brought themselves level with Abdirizak Ahmed tapping home to level the game at two. Fitzroy struck again through a free kick which was converted by Cosimo Russo, before a set piece was lashed home by Jose Filho to restore the two goal advantage. A penalty to Regent was converted by Osman Ahmed to have them back in the contest, but Fitzroy struck from the resulting kick off to have their buffer back again. Abdirizak struck for his second of the contest to have his side back within a goal, and the Panthers nearly sent the game to penalties if not for a fantastic last second save from Peter Tamburrino seeing Fitzroy come away with the points. 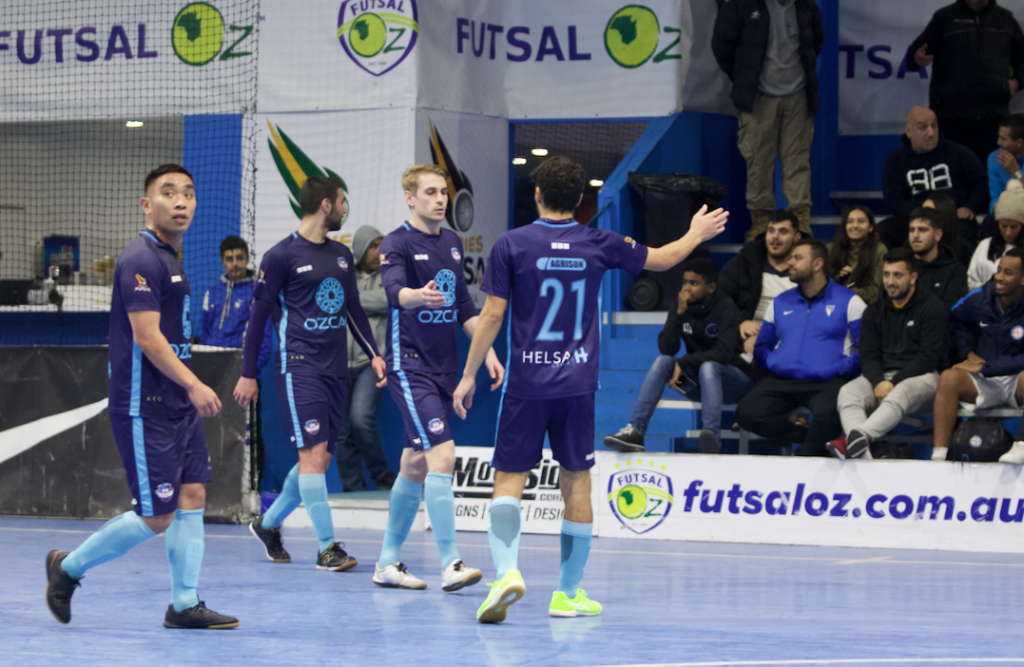 Next up saw Carlton who had found some form take on Moreland who were looking to keep pace with Fitzroy at the top. The Blues found the net first through Muhammed Temel who tapped home to give his side the lead, but Carlton pulled it back with Rico Hauser finishing his one on one chance to level the scores. Adam Cooper then received the ball with too much time and space as he converted to restore the Moreland advantage, but before the break Chaaban Rajab found the net to have his side level at the main change.

The second half began with Carlton taking the lead for the first time as an own goal off Fetih Goren had the Heart in control. Moreland steadied and pulled level again after Atay Ibrahim beat his man and toe poked home, before a lovely turn from Lucas Vaz saw him finish to have the Blues 4-3 ahead. With a minute on the clock Chaaban Rajab cut onto his left foot to pull his side level again, but Moreland were not to be denied as Cooper roofed an effort from a side ball to seal a hard fought win for the Blues.

The final game of the evening was a huge one in terms of the relegation battle as Western Wolves faced Brunswick. Both sides were desperate for the three points and it was the Wolves who got off to the better start with Ubeyde Cicek struck home from range to give his side the lead. Brunswick turned the game around from there piling on five unanswered goals with Michele Salvi ending the half with a hat trick leading his side into a commanding position.

The Wolves tried as they might to get back into it in the second half but it just wouldn’t go their way with Brunswick adding two more second half goals through Antonis Apostolakis and a fourth from Michele Salvi sealing a commanding and crucial win for Brunswick as they move six points clear of their opponents. 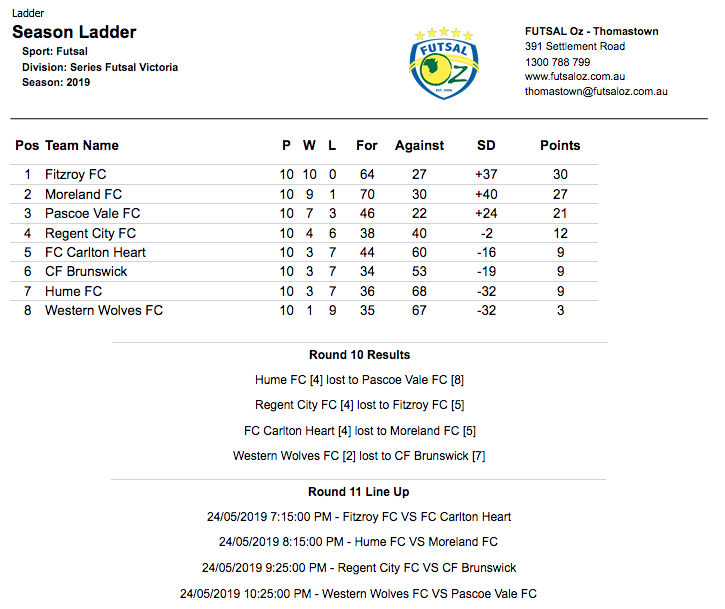