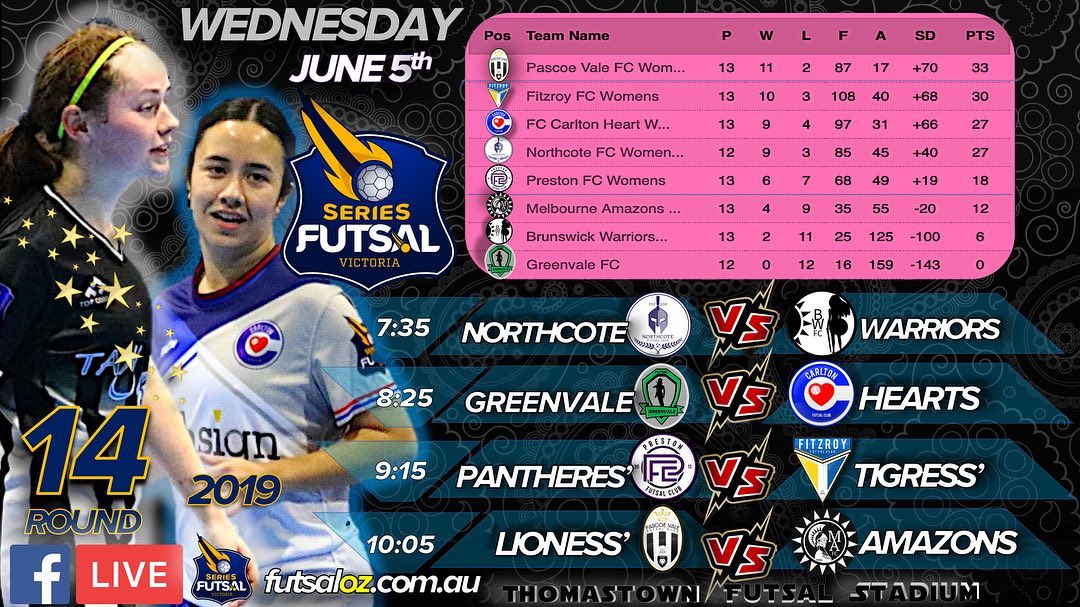 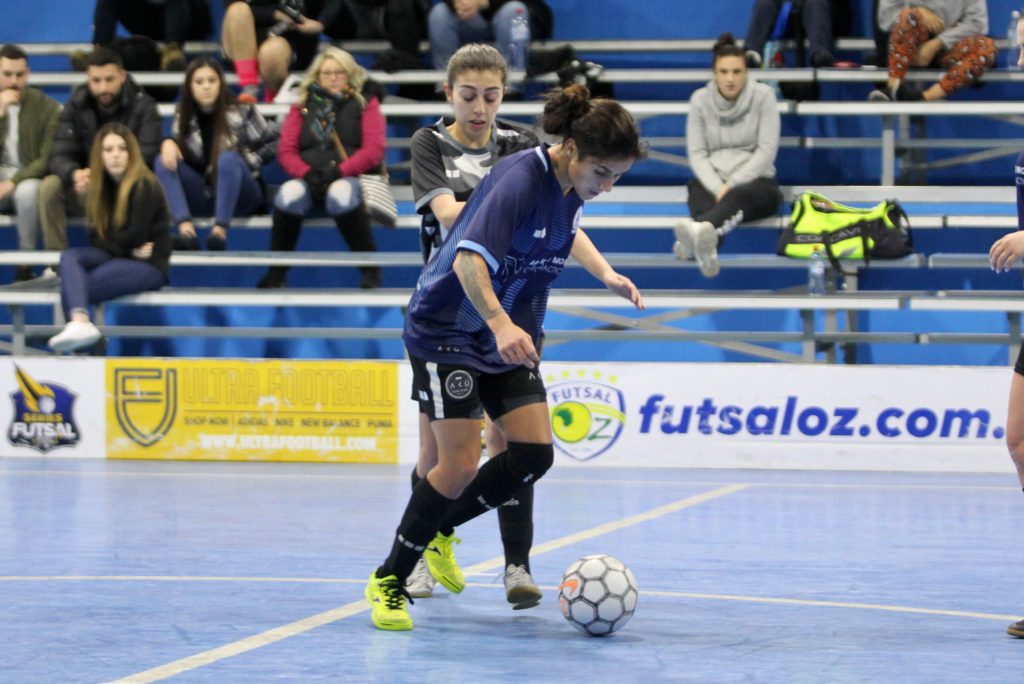 The opening game of the evening saw title chasers Northcote face a struggling Brunswick Warriors. Northcote were expected to be run away winners in this one, and the first half saw them build a healthy advantage at the break with Mary Hubeek completing a first half hat trick for Northcote, while a brace from Meg Grove kept Brunswick in the contest at the break.

The second half was one way traffic for Northote as they piled on a further seven goals to one with Hubeek bagging a game high five goals for the contest, while Camila Fresneda finished with a hat trick in what was a dominant win for the Northcote side as they continue to push for the title. 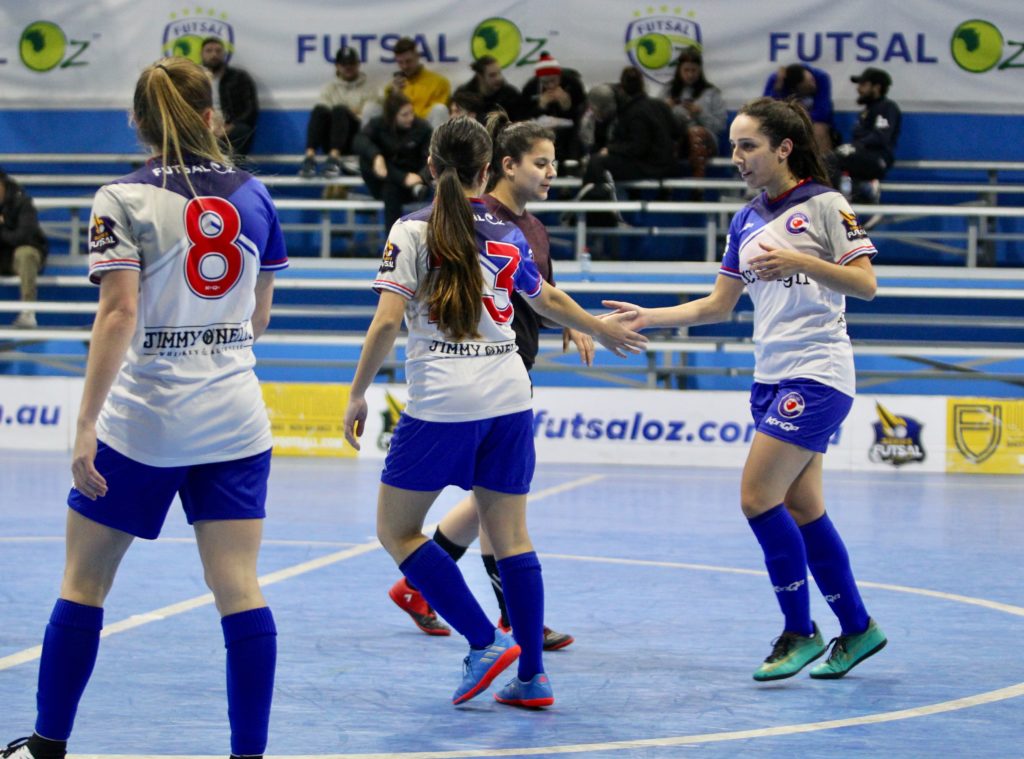 Next up saw bottom of the table Greenvale take on an in form Carlton Heart. A big scoreline was expected after the first meeting between these two sides, but Greenvale held their own in the opening half keeping Carlton to just three goals in what was a valiant display as the Heart looked to lift in the second half.

The second half was a different story however, as Greenvale dropped their intensity and were punished as Carlton added twelve unanswered goals with Savanna Anastasopoulos & Jess Au both bagging four each while Ana Carolina finished with a hat trick in a crucial win for the Heart. 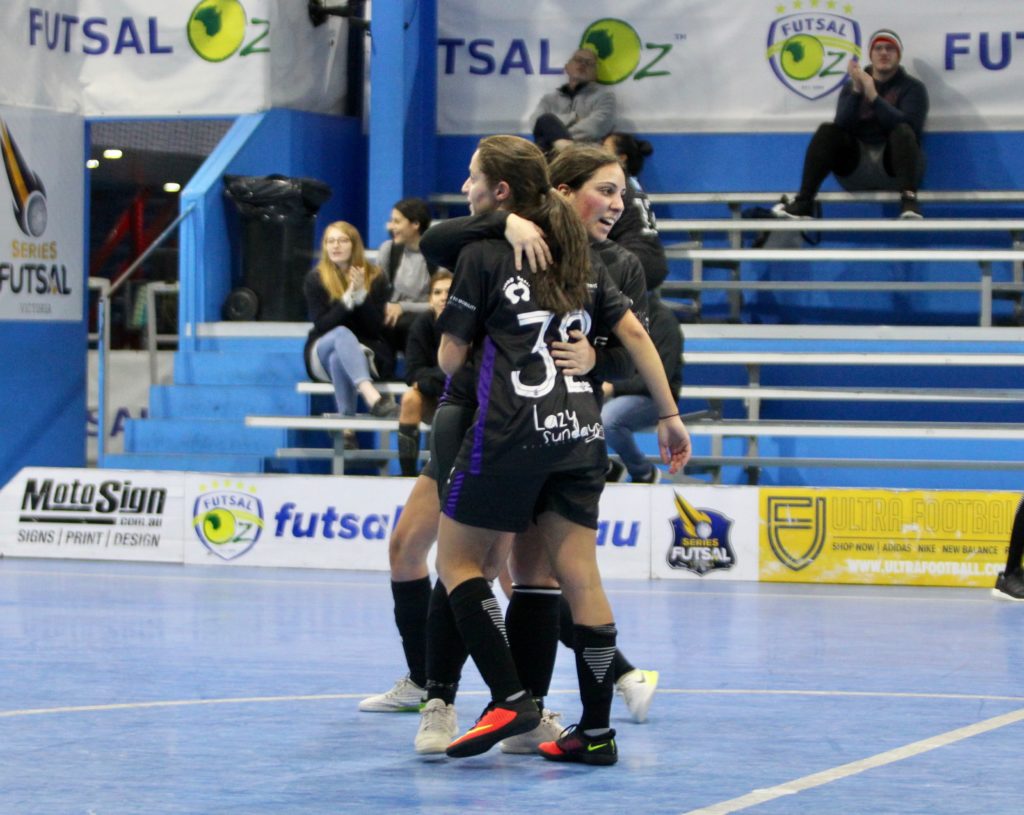 Next up saw Preston face second placed Fitzroy as both sides were desperate for the three points. It was Fitzroy who opened the scoring as Dharma Georgi toe poked home from a tight angle to give her side the lead. Preston then fired back  with Tayla Halabi finishing to bring her side level. Preston then hit the lead with Amy Parons tapping home at the back post, but their joy was short lived as Fitzroy equalised again through an Alexandra Gummer strike to level the game at two. Just as quickly as Preston lost the lead, they earned it back through a long range effort from Armina Sherifi before the break giving her side a lead at the half time break.

Early in the second half Preston doubled their advantage as Halabi fired home a stunning strike off the post to give her side a 4-2 lead and make the possibility of an upset a real reality. Fitzroy fired back through Gummer who tapped home from close range to have her side back within a goal, but as was the case in the first half, Fitzroy conceded almost immediately again as Preston restored their two goal cushion with Sherifi chipping the ball over the onrushing Fitzroy keeper for a 5-3 lead. A penalty went Fitzroy’s way, which Gummer converted to complete her hat trick and set up a grand stand finish, but it wouldn’t be enough as Preston held on for a famous victory. 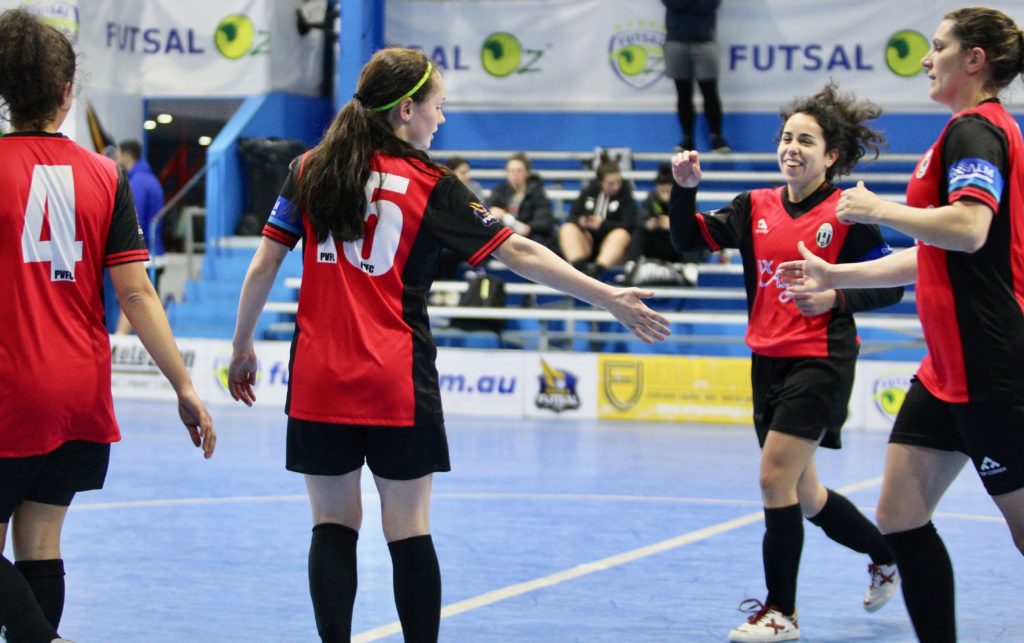 The final game of the night saw ladder leaders Pascoe Vale have a chance to go six points clear at the top as they took on Melbourne Amazons. A tight start to the game saw Pascoe build a solid 2-0 half time lead thanks to goals from Beatriz Gonzalez & Liesl Woods giving the Lioness’ a handy cushion at the half time break.

Pascoe had a huge number of chances to blow the game apart, but Amazons stopper Maggie Shehata was on hand time and time again to deny them. The Lioness’ did find their way through though with Abbey Flight all but killing off the game, before Gonzalez lashed home from a side ball to seal a 4-0 win for Pascoe Vale as they took home a big win that sends them six points clear. 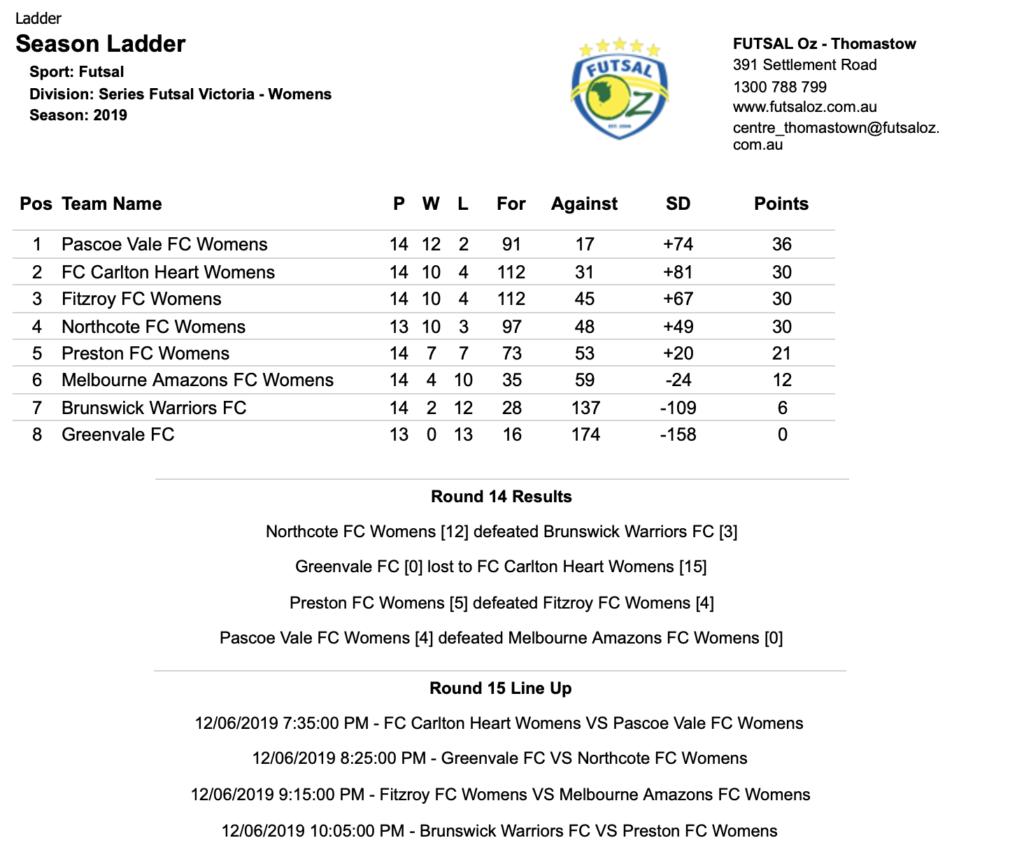