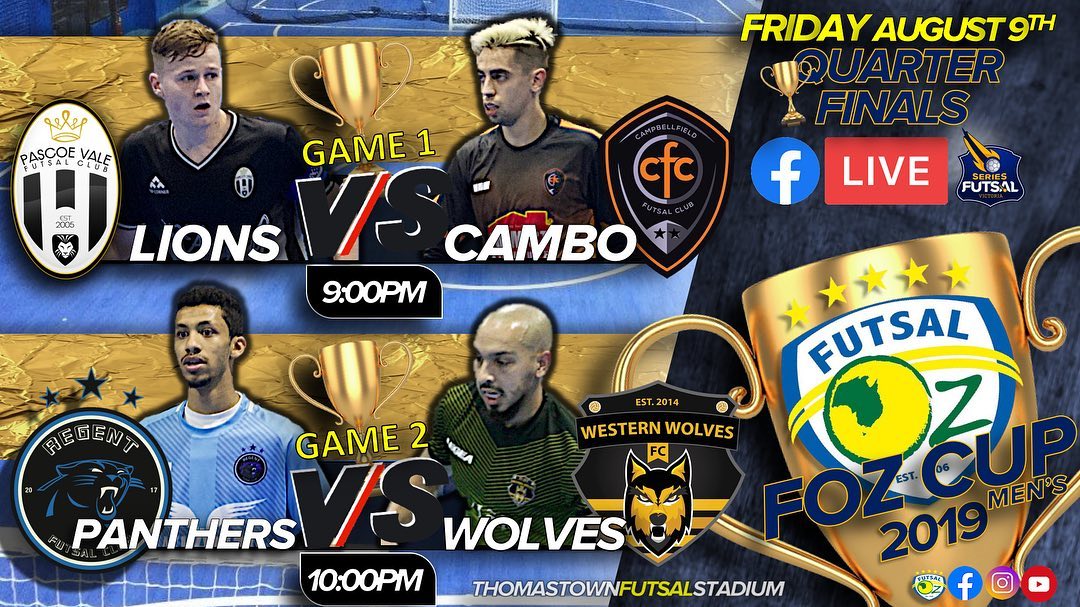 We moved on to the Futsal Oz Cup where Pascoe Vale looked to find success after a trophyless season against the newly promoted Campbellfield.

It was an uneventful half goal-wise but the competition was most certainly at a high as both sides fought from early in the game. There were plenty of chances from both sides, but it was Pascoe Vale’s Felipe Bley who was stealing the show with some fantastic diving saves. Andre Caro put his side in the lead with a well-taken goal and allowed Pascoe Vale to enter the second half with the lead.

The fire continued in the second half as both teams searched refused to slow down in their pursuit of the Futsal Oz Cup. It was a respectable performance from both sides, but heroics from Bley and Caro remained the influential factors in the match. Caro completed his hattrick with two powerful goals whilst Bley put on a show for spectators with a number of heroic saves. Henrique Pimenta got on the scoresheet for Campbellfield but it wasn’t enough as Pascoe Vale prevailed 3-1.

Our last fixture of the night saw Regent Panthers take on Western Wolves in the Futsal Oz Cup. Both sides will be looking to redeem themselves after an inconsistent season in the SFV.

The first half was even as both teams fought for their spot in the semi finals of the ‘FOz Cup’. An impressive performance from Douglas Lindberg restricted Wolves only to two goals, and consistent defending from the Wolves players allowed goalkeeper Billy Atik to have one of his less stressful halves of futsal conceding only two goals aswell. The four goals came from Regent’s Shaf Ibrahim and Abdirahman Ahmed, and Wolves’ Nelson Smith and Tarek Zoubir.

The second half provided more goals for spectators as both sides were searching for the victory and bragging rights over one another. Wolves began with flare as Lokman Ramadan got a well-deserved goal after dominating the game. Ahmed then scored for Regent to stay in the game, and it was followed by a strike from Mubarak Ahmed to take the lead at 4-3. Ramadan would eventually get his brace from close range to equalise, and it was Reda Zenfouri and Muhamed Altolcomani who took the lead and finished off the game for Wolves.