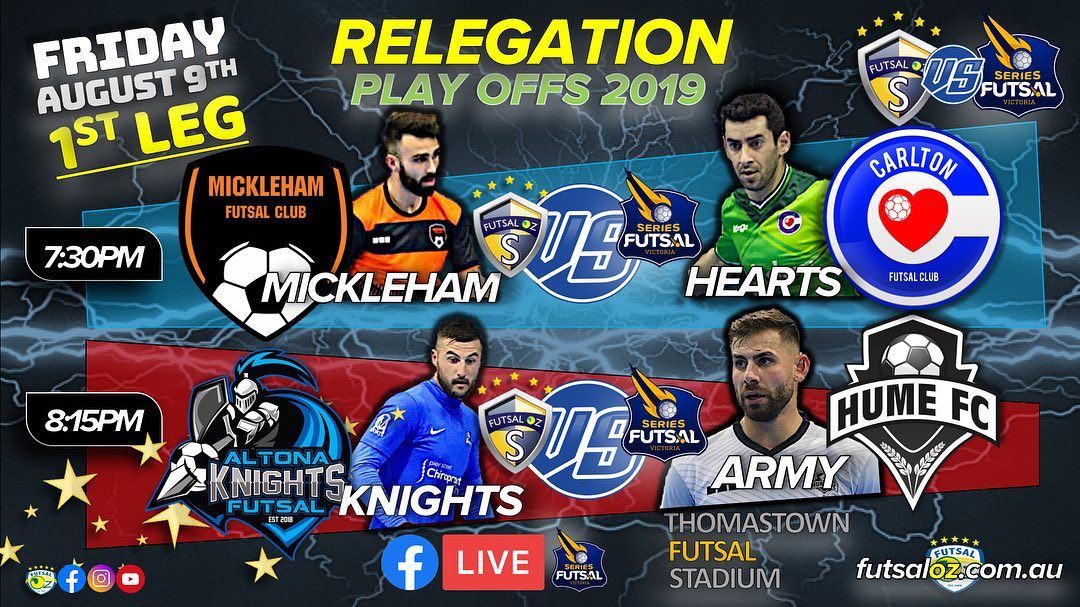 Our first playoff fixture of the night saw former three-time SFV champions Carlton Heart take on a valiant Mickleham side searching for promotion.

It was a wake-up-call of a first half for Carlton as they fell victim to the unpredictability of an unfamiliar side in Mickleham. They began the half without promise as they fell 1-0 to a Nathan Long strike, but a Rico Hauser equaliser kept Carlton in the game. It wasn’t until Anthony Boras and Tony Stalevski made their mark on the match as they scored in quick succession to make it 3-1 to the underdogs. Another well-taken goal from Long to make his brace allowed his side to enter the second half with a three-goal lead at 4-1.

It was a game of two halves as Carlton looked to redeem themselves after a poor first half. Merely seconds into the half though, Boras found himself finishing off a long ball to create a four-goal deficit for Carlton as the match began to resemble a mountain to climb. After a few minutes of gameplay, Ernie Simsek gave his side hope with an easily disposed finish from close range. Stephen Gustus got a goal in similar fashion as they picked up momentum, but it was Boras who completed his hattrick followed by thunderous roars. The score was 6-3 and Carlton were dominating possession, knocking on the door of a fourth goal as they took shot after shot from all angles. It was none other then Rico Hauser who scored a brace of greatly taken strikes to complete a hattrick of his own and allow his side to enter the second leg with a one goal deficit.

Our second playoff fixture of the night saw a Hume side fresh out of beating Brunswick to 7th of the SFV ladder taking on a fired-up Altona.

The first half played out much like the match previous, with the team searching for promotion coming out strong from the get-go. It was Michael Lettini who struck first blood for Altona and it was clear where the momentum was heading. A goal each for Luke Jurcic and Durim Cura meant they were looking to finish the half with a three-goal advantage, until Hume’s target-man Behrad Behzadpour finished a cheeky rabona into an open net to give his side hope.

It was a half to forget for Hume, as they entered the half 3-1 down and only struggled further from their. A brace each for Jayden Merceica and goals from Cura, Jurcic, Camilo Marin and Mark Saric allowed Altona to dominate their SFV oppositions and finish the match with 9 goals to their name. Two goals from Behzadpour to make his hattrick and a goal from Konrad Machoy meant they enter the second leg with a five-goal deficit as this match finished 9-4. A late red-card dismissal for Machoy means Hume will play without one of their most consistently played players in the second leg.