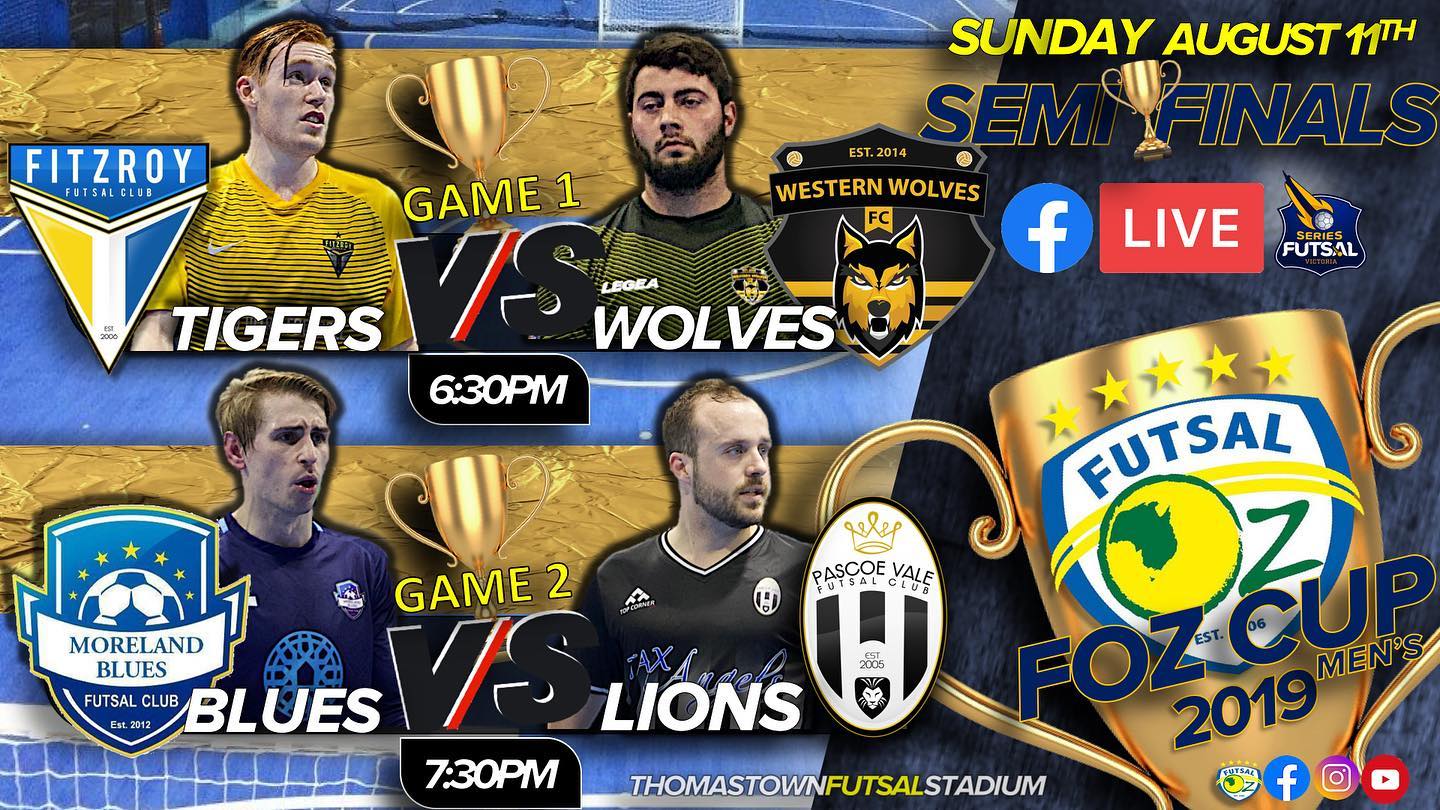 The first of the Semi Finals saw league champions Fitzroy take on a resurgent Western Wolves. A tight opening to the game saw both sides have their chances, but it was the Wolves who drew first blood as Mohammed El Turkmani found the net to give his side the lead. With only a minute until the half time break, the Tigers drew level as Jose Filho picked out the top corner to bring his side level at the break.

The second half followed the trend of the first, as both keepers were on their game, denying countless shots from both sides, until late on where Fitzroy took the lead for the first time through league top scorer Cosimo Russo who tapped home from a Leo Kimpara side ball, before virtually on the full time buzzer Russo found an empty net from range to seal his sides progress to the Final of the Futsal Oz Cup.

Next up saw the second of the Semi Finals as Moreland faced Pascoe Vale, the second and third highest ranked sides from the regular season. It was the Blues who struck first through an Atay Ibrahim volley off the crossbar and in for the lead. Pascoe hit back through a sweeping counter attack that was finished off by Andre Caro to level the scores at one, before Moreland regained their advantage through Ibrahim again as they finished from a corner, but Pascoe were not going away as an own goal off Adam Cooper levelled the game at two. It didn’t last long however as Muhammed Temel cut onto his left foot and picked out the top corner to give his side a 3-2 lead, and almost instantly through Mauricio Novak to take us into the break level at three at the break.

Opening the second half, Moreland again restored their lead through a quality volley from Cooper, before Ibrahim found his hat trick, finishing a one on one chance for a 5-3 lead. Pascoe Vale hit back through another Andre Caro strike to close within one goal, again, but Moreland extended their lead again as Cooper found Ruz Roslan at the back post to tap home, before Cooper floated into an empty net for his second of the game. Pascoe pulled a goal back through a lovely chain of play as Novak headed home his second, before a late goal from Kevin Dos Santos set up a grand stand finish, but Moreland would hold on for the win as they go to the final where they’ll face Fitzroy.