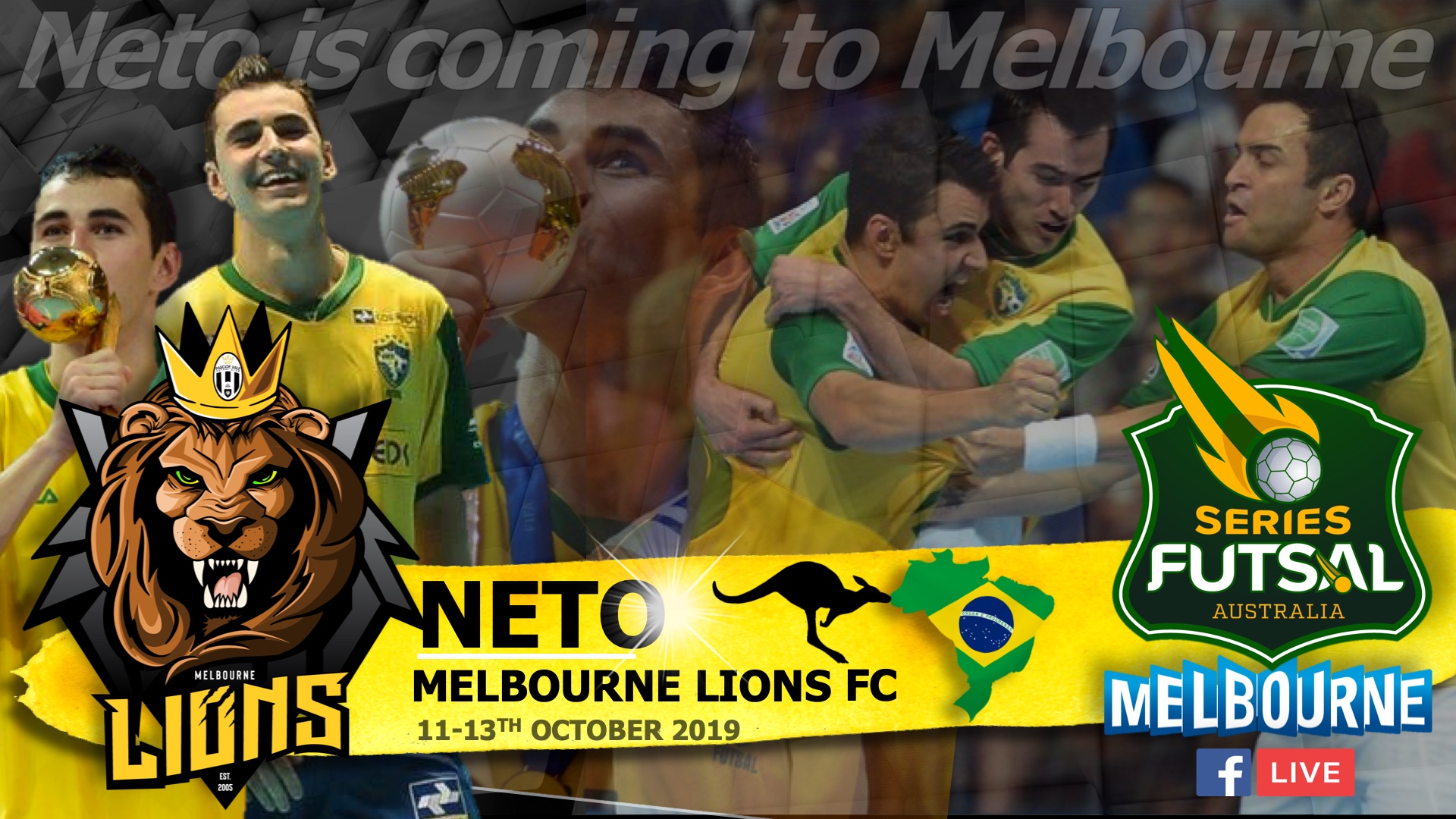 MELBOURNE LIONS would like to announce that Dovenir Domingues de Paiva, Neto has committed to the 2019 Series Futsal Australia tournament.

He also scored the winning goal against Spain with 20 seconds left in extra time to win the FIFA Futsal World Cup for Brazil. 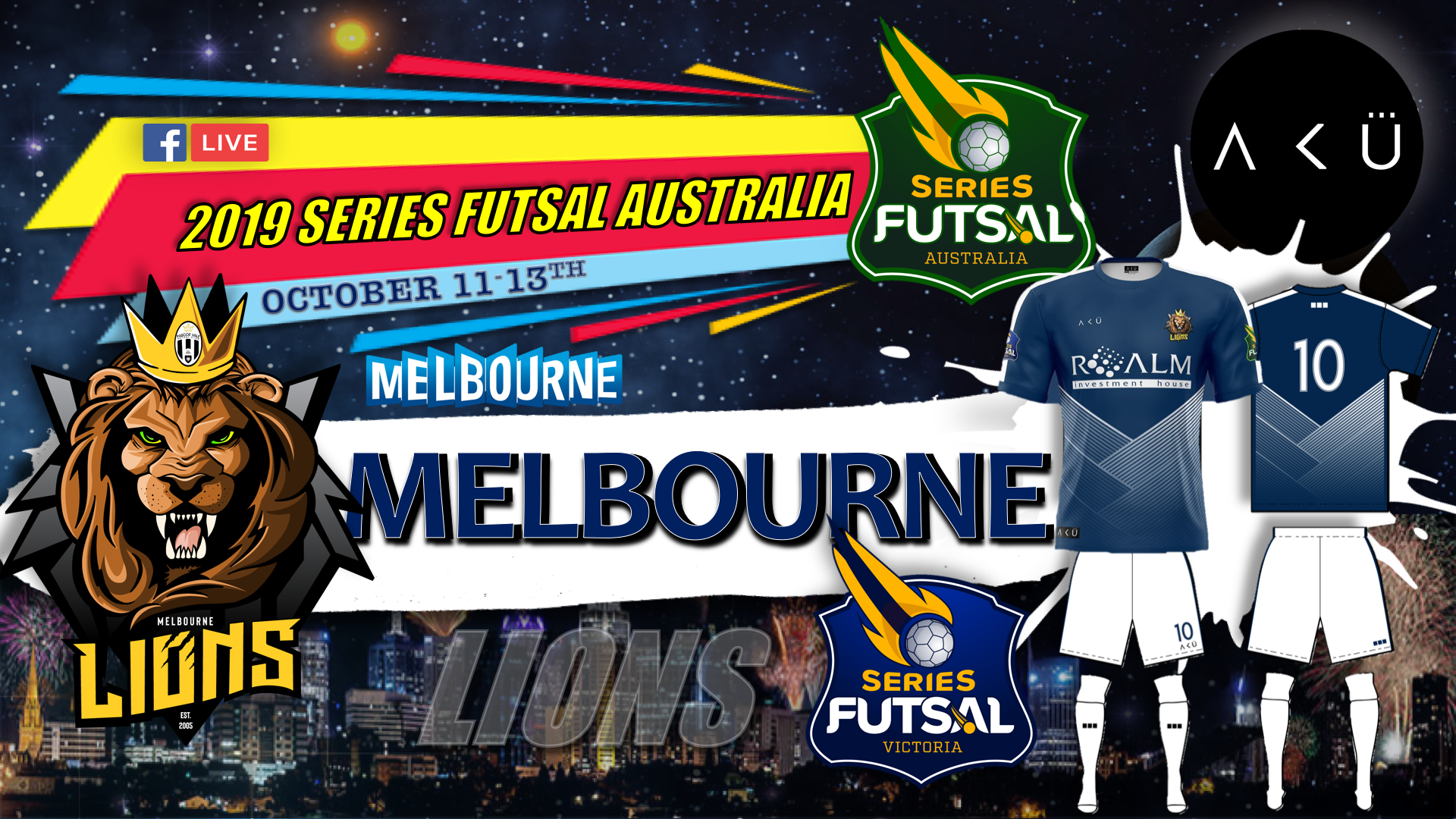 NETO had this to say when asked about playing in Australia. “ I’m excited to play futsal in Australia. I have heard really good things about how they are growing the sport”.

Andre Caro had this to say about playing a long side Neto. “Neto has been a role model for my generation and now to play alongside him will be something very special. I remember watching him winning the World Cup for Brazil and also playing for so many big clubs such as Intermovistar, Corinthians, Socoraba and the list goes on…

We can’t wait for him to join the boy at training camp in the coming weeks. 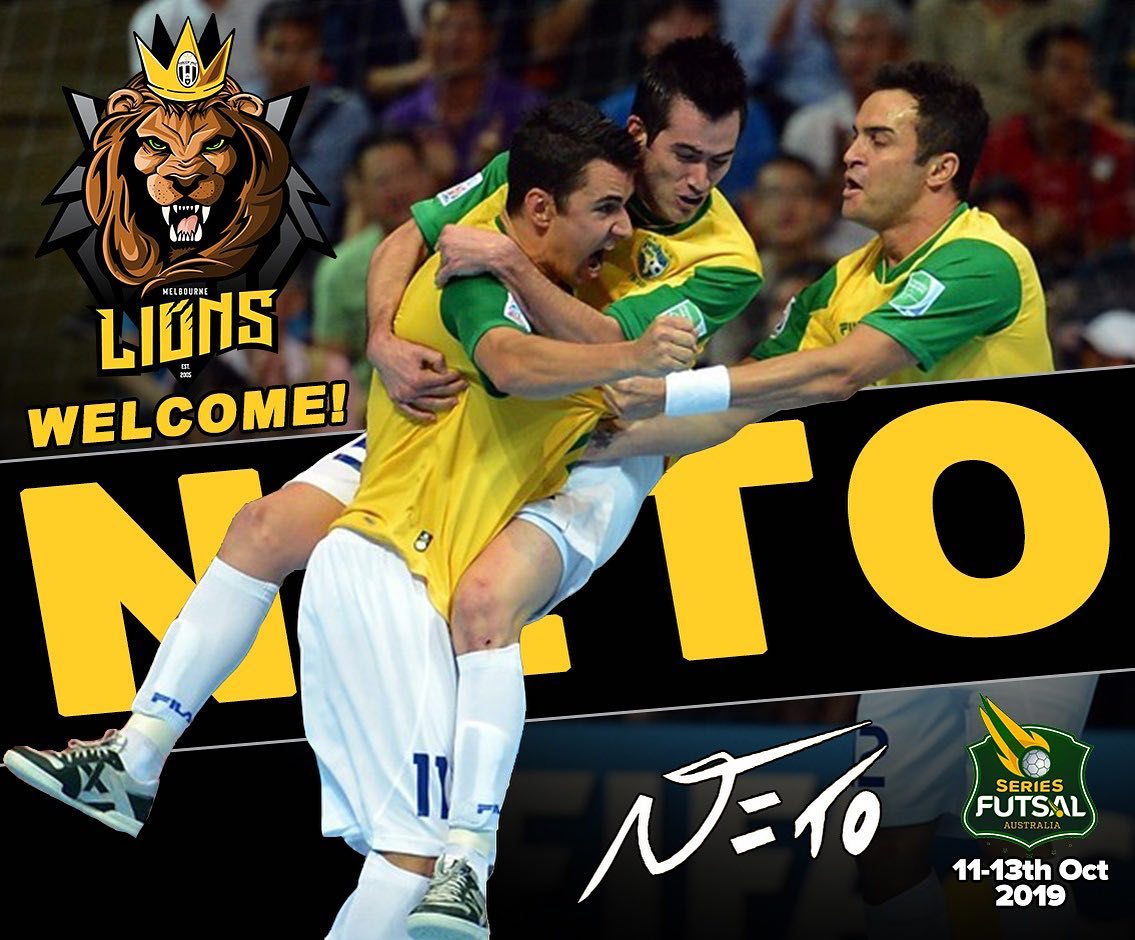