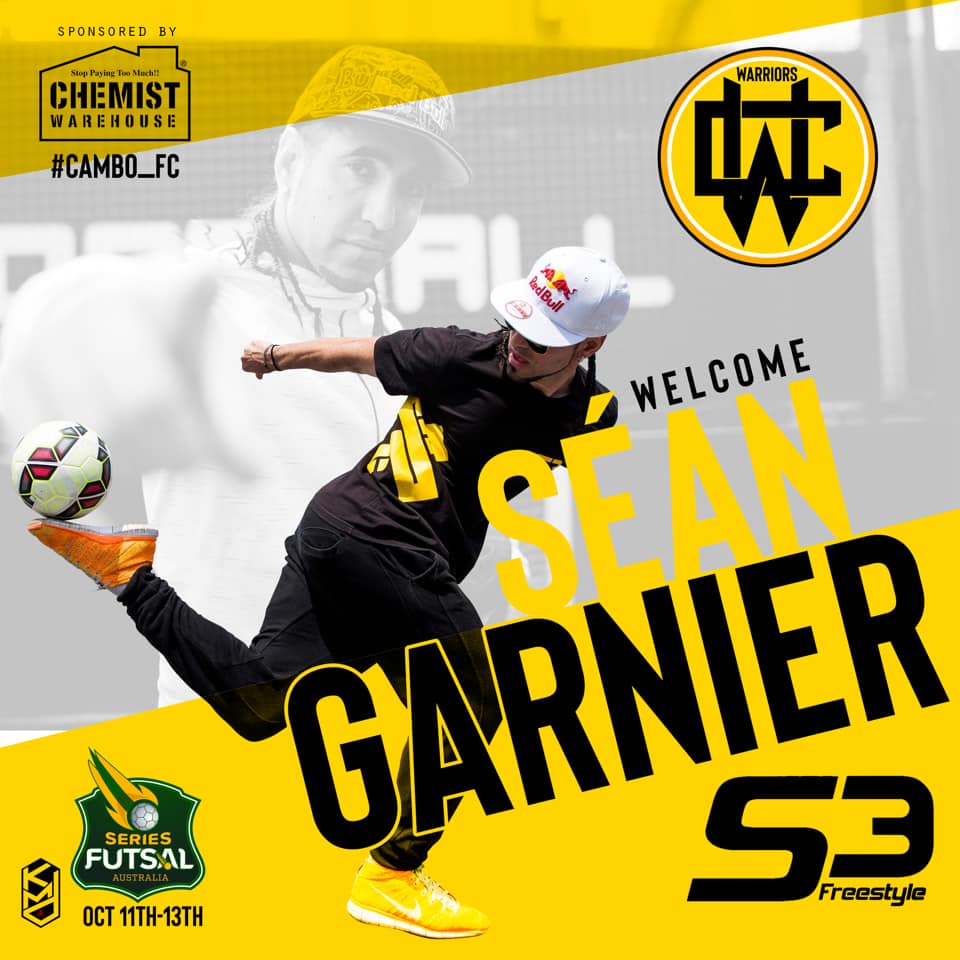 The Warriors are delighted to announce the signing of Sean “S3” Garnier for the upcoming Series Futsal Australia as we represent the Canberra Warriors!

Garnier needs no introduction as he is one of the biggest names, as he brandishes his own style in urban freestyle street football. Many would have seen his videos on YouTube showcasing countless tricks and flicks, performing with the biggest names in world football, including Neymar and Falcao.

We look forward to Garnier’s entertaining performances within the next few weeks on October 11-12th as he once again graces Australian shores!